This 1,400 square foot modern residence is made of several separate structures all connected under a glazed roof. 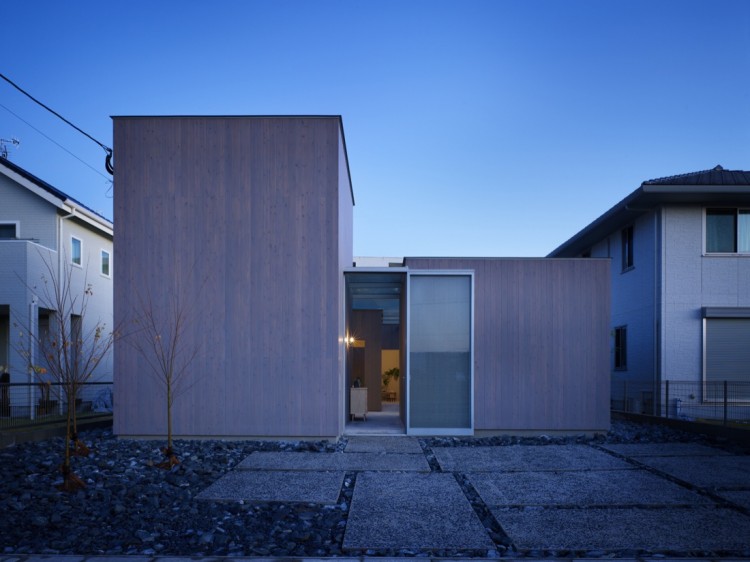 “When they are young, places like a narrow path between houses, the edge of a garden, the back of a shed, under the floor, or an open lot are the preferred playgrounds of children. Rather than a park or garden that was built to be played in, we wanted to make a house with a courtyard that would become a playground naturally.

Rather than a collection of rooms, we think of this house as a collection of constructions, and we produced a design that seems to be made out of various different structures. Paths covered by a glass roof weave between the disconnected structures to create an interior space that feels exterior, a private space that feels public, a hall that feels like an avenue. In that space the children can run around, you can enjoy a breeze while you eat, read under the sun, and fall asleep watching the stars.

There is a charm beyond imagination there, beyond normal home life.

Just like children who use space outside to its full potential, we wanted to make equal the relationship between inside- and out by using the courtyard as a part of everyday life and bringing inside activities outside.

Beyond making city streets like courtyards to make them feel closer to houses, we want to continue to try and envision the architecture of the future, moving past the inside-outside relationship to find new types of connections.”

House in House by Mamm Design