New-York based firm Rodriguez Studio Architecture P.C. has sent us photos of the W/G loft project.

Located on the 23rd Street in the Flatiron District, a neighborhood in the New York City borough of Manhattan, this 3,200 square foot apartment was designed for a young professional couple.

The project was a gut renovation with the addition of an exterior terrace. 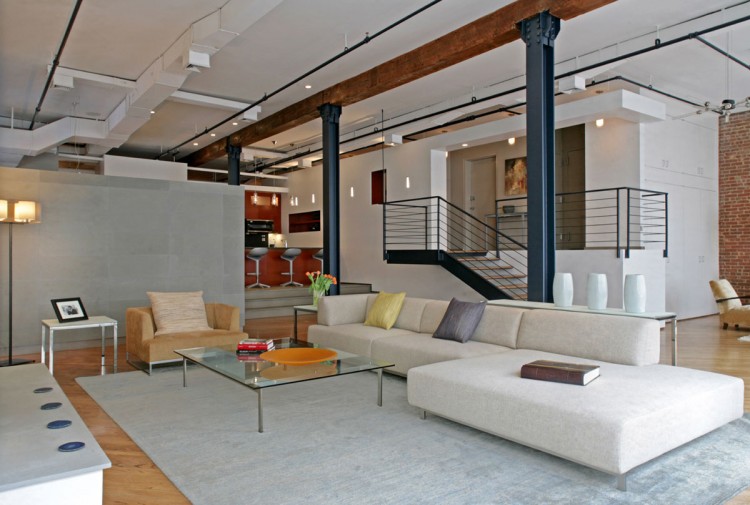 The W/G Loft by Rodriguez Studio:

“The W/G loft  has a commanding view of the Flatiron Building from the 10′ tall windows which project this 2nd floor loft into the public eye on 23rd St. The project entailed the creation of a 3 bedroom 2-1/2 bathroom residence on a 3,200 sf floor plate.

The programmatic mandates that shaped the project, addressed two seemingly conflicting attitudes towards living in such a prominent location. The first mandate was to create a modern and open space which would facilitate entertaining and gatherings. The second was to create a space where the owners would not feel out of scale, in the end a certain amount of coziness and privacy was mandatory. 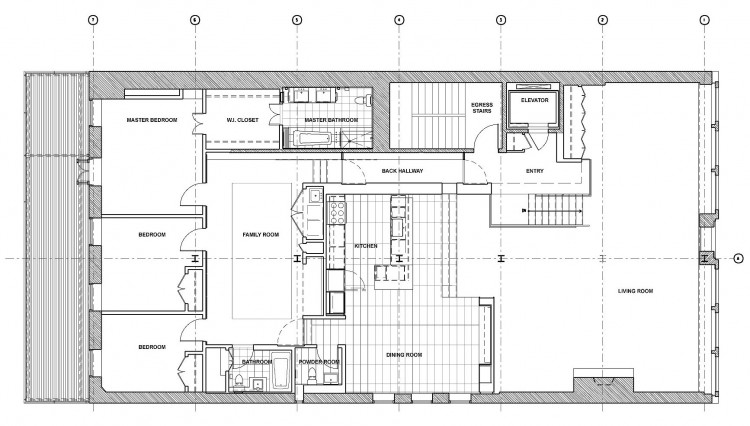 The solution seeks to reconcile these priorities primarily by creating a sectional progression from public to private. The front of the space is the public face, where one can see and be seen from 23rd St. As one navigates towards the rear one steps up to progressively more private spaces, which in turn feel more intimate partially by the lower ceiling and spatial characteristics, and also by the nature of the finishes. Eventually, one exits to the new terrace which serves a private garden in the back of the building.

The design achieves its goals primarily through overlapping and interlocking. Conceptually the programmatic elements are often overlapped to form zones of private, public, and semi-public/semi-private nature. Spatially, elements and spaces are wrapped around one another to visually, and physically, interlock them. These relationships define paths which reinforce the public/private zones and also engage the occupant to create a sense of discovery and progression.”

The Loft of Frank and Amy by Resolution: 4 Architecture