The Crosstown Loft designed by Campos Leckie Studio is an affordable refurbished loft located in Crosstown, near Vancouver’s Yaletown district.

This former after-hours party loft was converted into a two-floor living space — 1000-square-feet on each level.

The lower floor is the private sleeping and play areas and the upper space houses the main living spaces for eating and entertaining. 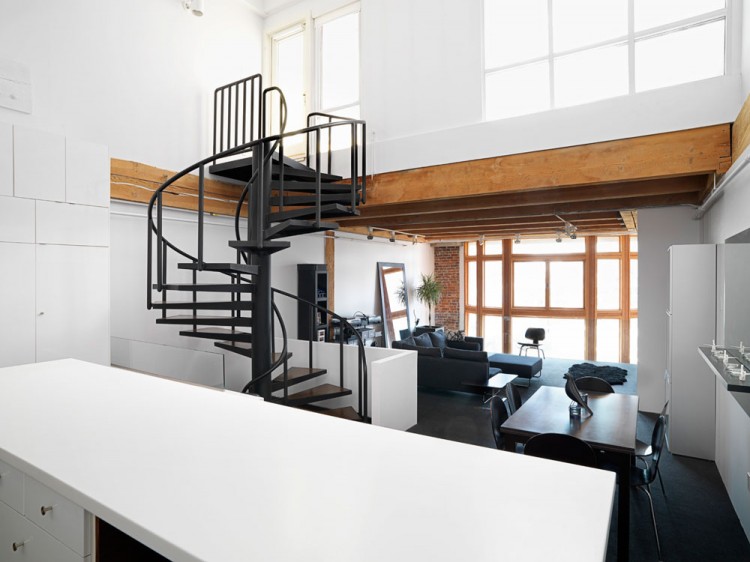 “The existing building at 550 Beatty St was Vancouver’s first ‘New York style open plan loft’ – originally a warehouse from 1907 that was retrofitted in 1981. 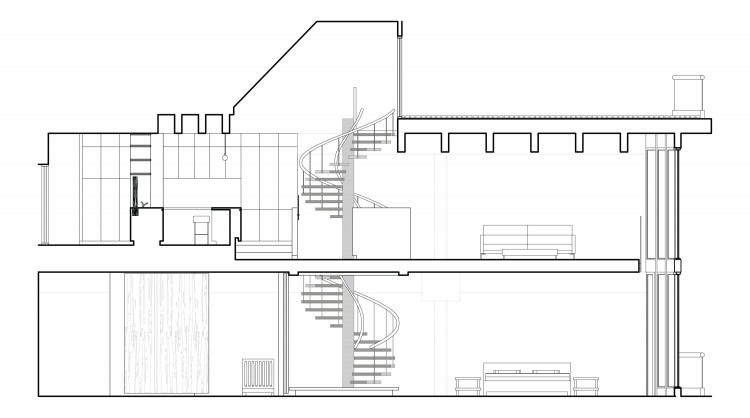 In this new third iteration of of the life of the building, the programmatic demands of a young family have been accommodated within the spatial constraints of a typical urban loft typology. The primary challenge in this project was the creation of three discrete bedrooms in an existing floor plan which only has access to natural light and ventilation at the end of it’s longitudinal axis.

A convertible architectural strategy was employed with a series of sliding partitions that divide the open space of the lower floor into three distinct rooms at night.”

From Garage to Loft by Studio NOA Architecten

Transformation of a Studio into a Loft by NZI Architectes