Home » House » House with a Slide in Japan by LEVEL Architects

House with a Slide in Japan by LEVEL Architects

The 1,762 square-foot Nakameguro home designed by Japanese Studio LEVEL Architects is located in Meguro-ku, one of the municipalities of Tokyo, Japan.

The three story residence is equipped with a slide integrated into it that connects all three floors.

A staircase wraps around one side of the rectangular house and the slide encircles the other, giving the residents the option to descend by the stairs or by slide. 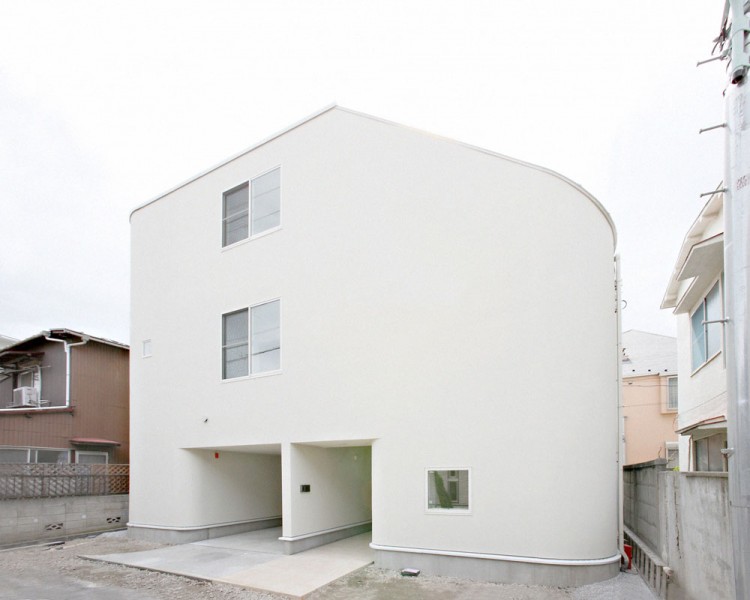 “It was the client’s desire. “I want to create the house to which three children remain in memories forever.” he said too. For this family, “SLIDE” will be a symbol felt deeply.

We considered the possibility building its play space into the space of daily life naturally at the same time as thinking about “SLIDE” .

We decided to be thought that it became no “House with SLIDE” it and “House of SLIDE” by it did not catch as mere “Play equipment” that along the stairs sideward of “SLIDE” like the slope, and set up in a part of the open ceiling and used it but building it in the entire construction. They goes up from the 1st floor to the 3rd floor by “Stairs” according to outer in the house, and they descends from the 3rd floor to the 1st floor by “SLIDE”.In all circumference in the house become big “SLIDE”, and the plan became the entire design as it is. 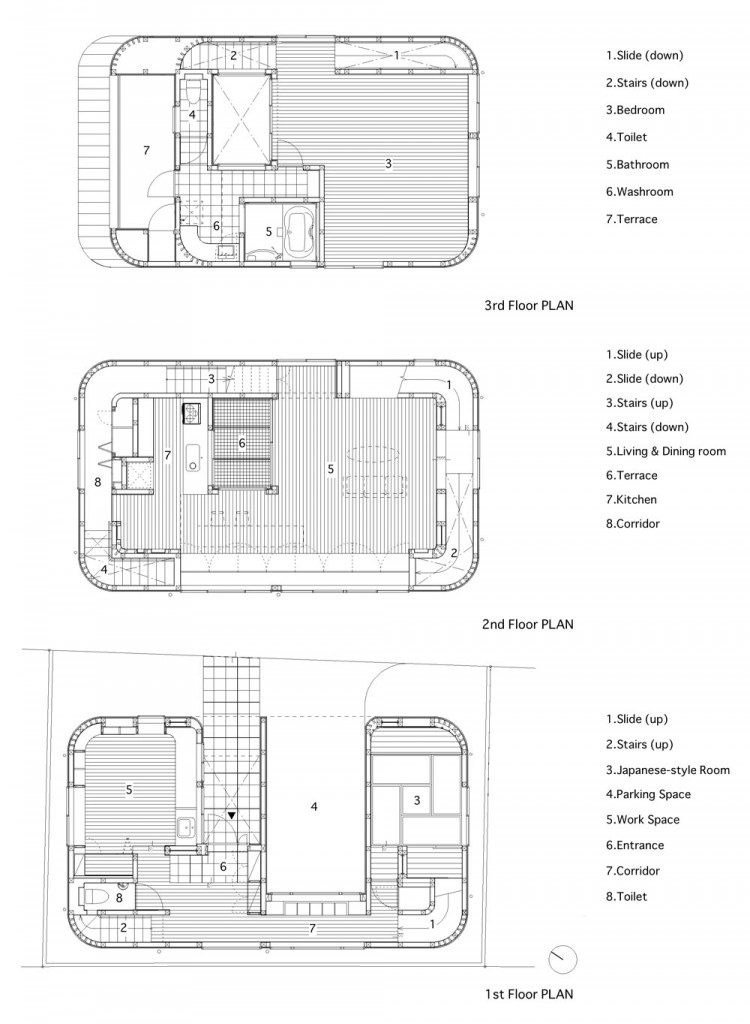 In the bedroom of the 3rd floor, daring to partition it doesn’t do, and be entire family’s bedroom now.

A soft shadow is cast on the inside and outside part because the entire house are roundness all, and externals that wear roundness are lovely houses where people happens to pass stops their foot.

When this house was visited one month after the completion, “SLIDE” was relieved in daily life. In addition we saw children reverse-running. It was “House of SLIDE” that had already exceeded our imagination.”