The KUBE Hotel In Paris

Situated in the heart of the XVIII district of Paris, a few steps away from Montmartre, the 4-star KUBE hotel is tucked away in a quiet street, sheltered from the city crowds.

The initial idea of the concept of the KUBE Hotel is to reinterpret the codes of the traditional hotel business in an offbeat, effective and relaxed combination of luxury, technology and services.

Its historic facade hides an innovative and high tech universe: 41 rooms and suites, the Ice KUBE (the city’s first ice bar – 14° Fahrenheit, 20 tons of ice – in which you’re not allowed to stay more than half an hour!), a restaurant, one lounge bar, 2 state of art screening rooms as well as a gym.

Harmonious and loft like spaces spread around an open air courtyard reflect its contemporary surroundings and trendy atmosphere.

The large bedrooms are designed for the modern traveler. Each is equipped with digital door openings, LCD screen TV with game console (DVD/CD player), coffee machine …

The beds are lit from beneath, creating the illusion of levitation, which definitely adds to the overall sense of spaciousness, clarity and calm.

Probably one of the most sensational boutique hotel in Paris. KUBE Hotel is Future-Retro made real! 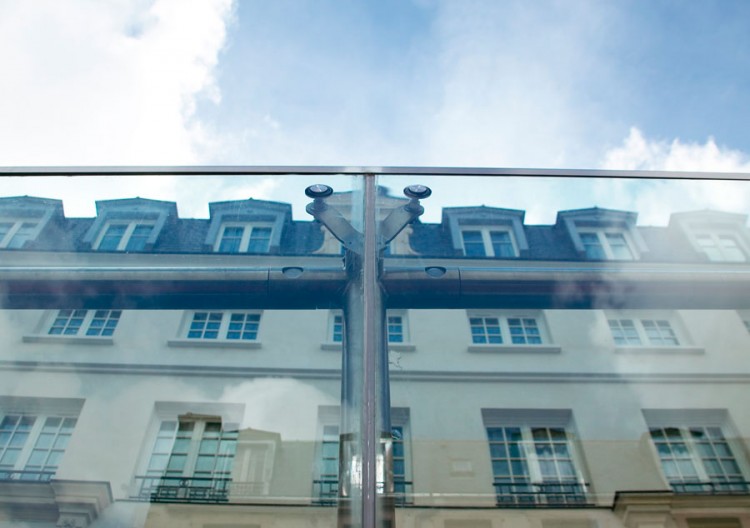 Elegant Hotel in the Heart of Paris

Wonderful Hotel in Paris with Comfortable Rooms and Unique Charm

Luxurious and Elegant Hotel in the Center of the City of Light, Paris