This 2,583 square-foot residence is located in Sydney, Australia. 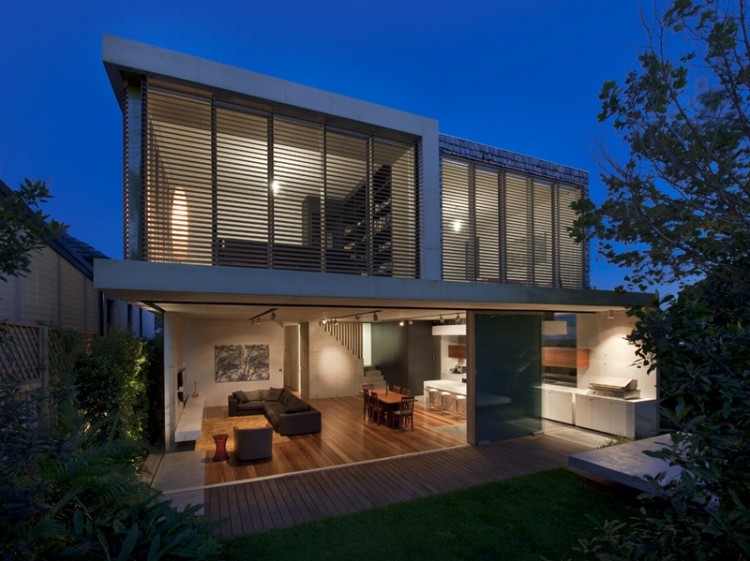 “The core idea for this house was a room in the garden. A large brief for a small site provided the genesis of a concept that would set as it’s premise an idea of openness and the removal of division and barrier. Spaces would flow and extend and connect with a seamless interaction in the horizontal and vertical direction. Most importantly the interior would extend into and become part of the garden, as would the garden become part of the interior. an early vision in the conceptual stage was one of a room sitting amongst lush plants and trees with the walls of the garden being the walls of the room.

We maintained this vision and worked very closely with client, landscape architect and structural engineer to arrive at the desired result. half of the client(s) was a builder with a great understanding and passion for detail who became integral to the resolution of many a detail and feature that would meet the vision. Full height frameless glass sliding doors custom designed and engineered by the client’s preferred window manufacturer is one example of how there was a common goal. 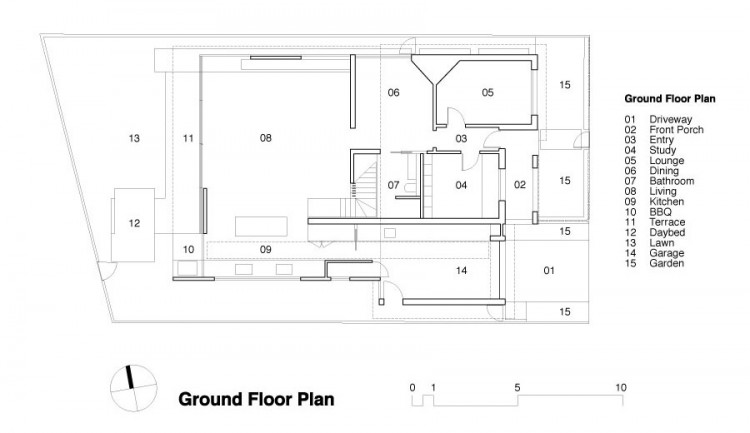 Further to the above and central to the evolution of the design was the relationship and conversation between new and old, between the heritage character of the existing cottage and the introduced concrete and glass structure. The cottage and it’s street prescence is maintained and refurbished. as one moves from front door to rear a mixing of the individual languages takes place at a mid transition zone where cornice meets frameless glass and timber skirting meets off form concrete stair.

On the street the first floor addition is setback beyond the ridge line respectful and sympathetic while at the same time proudly stating, yes, I am a modern addition, a contemporary style, using current technology and environmentally responsive. The house sits in a conservation area adjacent a heritage item. The choice of timber shake cladding is a direct response to this context.

To the rear of the site the ‘new’ is viewed from a laneway, again robust and proud, but still of a scale that is in keeping with the neighbouring. The shake cladding becomes concrete frame and cedar louvres continuing a theme but adding a layering and lightness to the facade.

With time the garden will grow thicker and lusher and taller and contribute at an urban scale as well as providing an oasis for the owners. the house performs well environmentally with good solar access and plenty of ventilation. The collaboration with landscape architect was a success with the clients continuing the conversation and consultancy in order to maintain and nurture their new garden.” 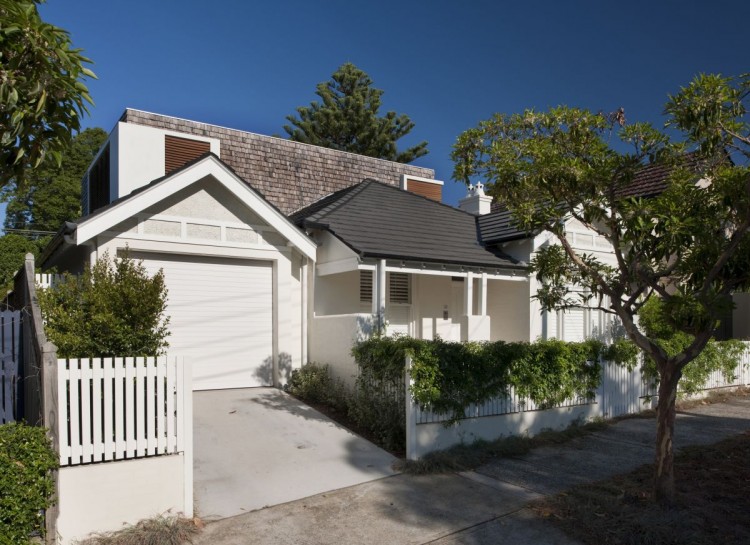 A Contemporary House Designed by A D LAB

A Bright Contemporary Home in Los Gatos, California Designed by Schwartz and Architecture

A Spacious Home in Armidale Designed by Those Architects