Canadian architect  Omer Arbel has completed the 23.2 House project in 2010.

Built on a large rural acreage near Vancouver in Canada, this house has a very unusual, unique design. 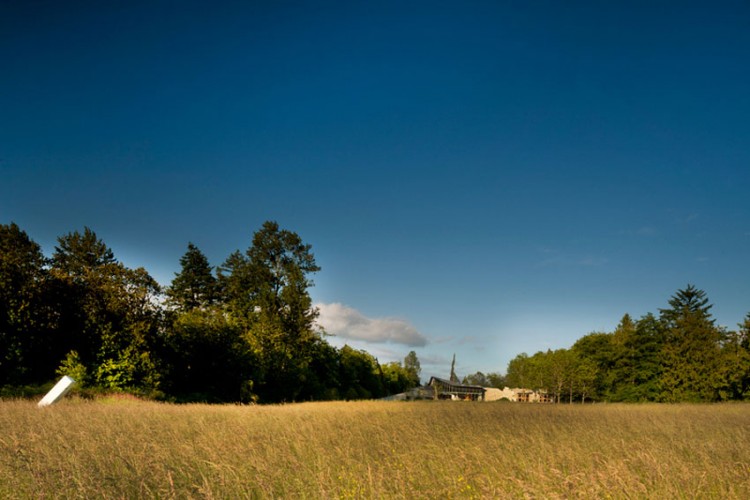 “23.2 is a house for a family, built on a large rural acreage. There is a gentle slope from east to west and two masses of old growth forest defining two “outdoor rooms” each with a its own distinct ecology and conditions of light; the house is situated at the point of maximum tension in between these two environments, and as such acts at once to define the two as distinct, and also to offer a focused transition between them.

The design of the house itself began, as a point of departure, with a depository of one hundred year old Douglas Fir beams reclaimed from a series of demolished warehouses. The beams were of different lengths and cross sectional dimensions, and had astonishing proportions—some as long as 20 meters, some as deep as 90 cm.

It was agreed that the beams were sacred artefacts in their current state and that we would not manipulate them or finish them in any way. Because the beams were of different lengths and sizes, we needed to commit to a geometry that would be able to accommodate the tremendous variety in dimension, while still allowing the possibility of narrating legible spaces. We settled on a triangular geometry.
View in gallery 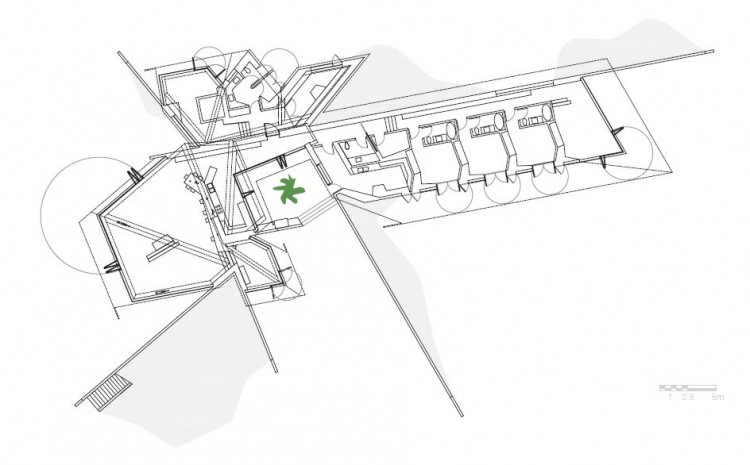 Reclaimed beams were used to assemble triangular frames; these were folded to create a roof which would act as a secondary artificial landscape, which we draped over the gentle slope of the site. We manipulated the creases to create implicit and explicit relationships between indoor and outdoor space, such that every interior room had a corresponding exterior room.

In order to maximize ambiguity between interior and exterior space, we removed definition of one significant corner of each room by pulling the structure back from the corner itself (using bent steel columns in some cases), and introducing an accordion door system, such that the entire façade on both sides could retract and completely disappear.

We developed a detail that would allow the beams to define not only the ceilingscape of each interior room, but also to read strongly as elements of the building façade.”

Through House by Dubbeldam Architecture + Design

A Contemporary Concrete Home in Tibau do Sul

The Armada House by KB Design