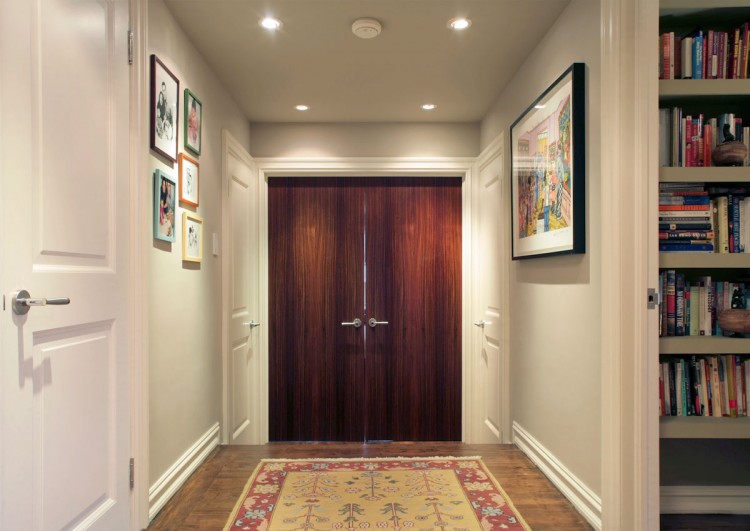 “The apartment is a combination of a 1 bedroom and a 2 bedroom apartment – 2,400 sf in total. This was achieved by taking the 1 bedroom unit and turning it into a master suite with a very large closet (it was formerly a bedroom the living room became the bedroom), and then moving the kitchen into what was another bedroom.

Walls were demolished to create an open feeling and a sense of connection (visual and physical) throughout. With the kitchen newly positioned off the living room, the old kitchen was expanded into an existing laundry room to create a media room. The laundry was moved into a concealed pantry off the kitchen. 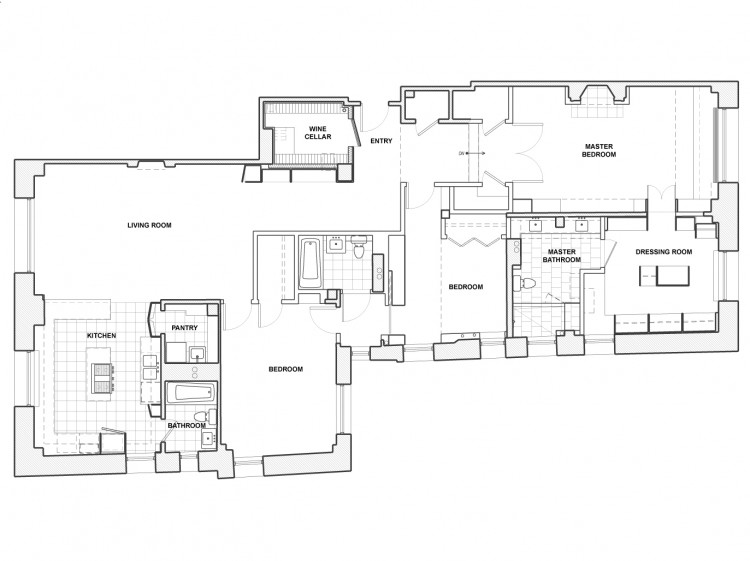 The result is a “public” winding corridor/gallery where art is displayed, with rooms off of it. Another challenge of the space was the low ceilings. That issue was addressed by creating built in units that went to the underside of the structural beams with up lighting above. Also, the woods chosen for the built ins had very expressive grains which draw the eye’s attention. Finally, ceilings were dropped in strategic locations to make adjacent ceiling appear taller. The result is the appearance of sleeker, taller ceilings.

The owner is an artist that paints and collects a lot of oversized pieces. The layout was developed to allow for large hanging, prominent display of art, and for maximum penetration of natural light into the apartment.”

Apartment in Dnepropetrovsk by SVOYA Studio