25 Years of Growth in Las Vegas 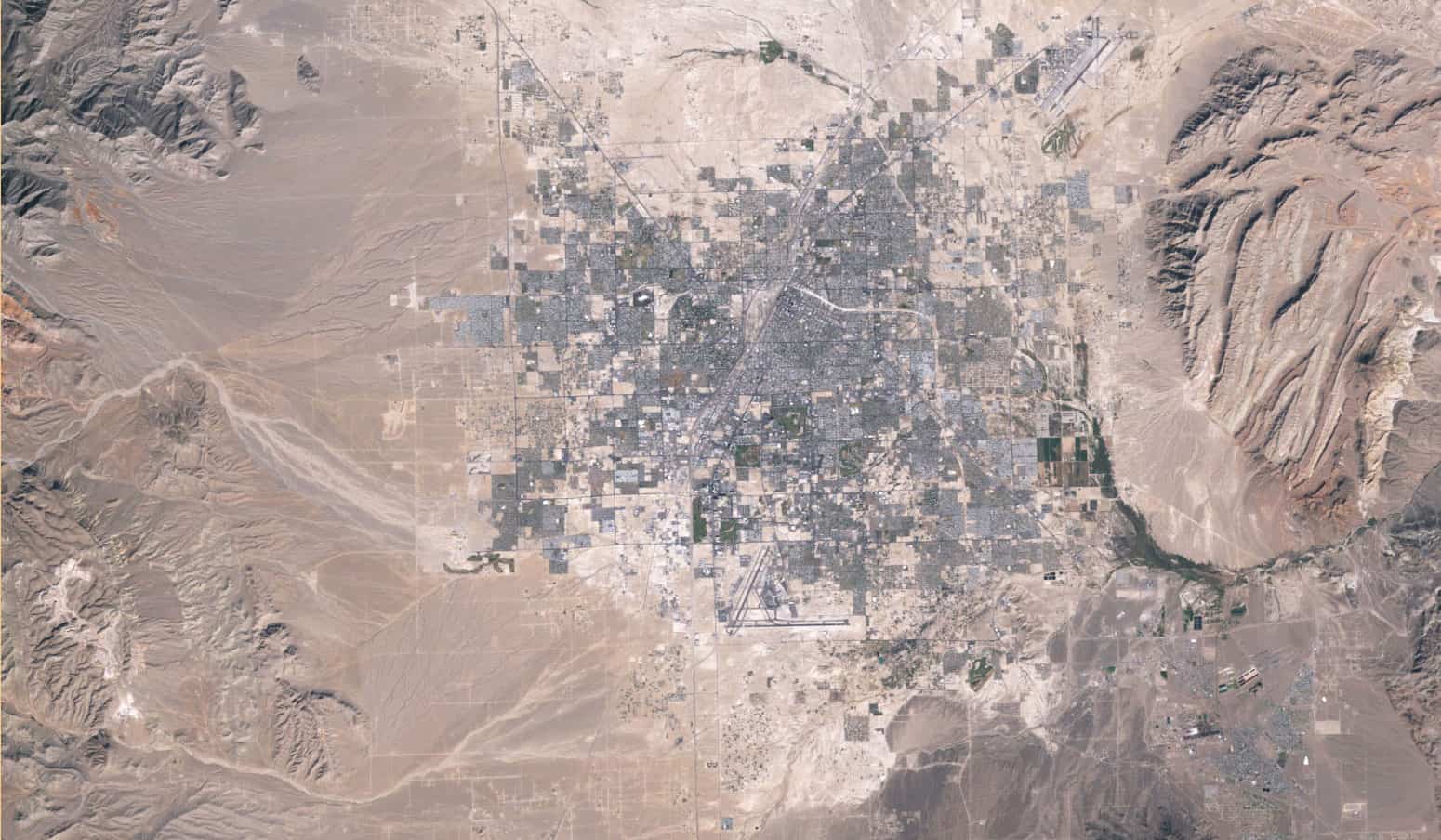 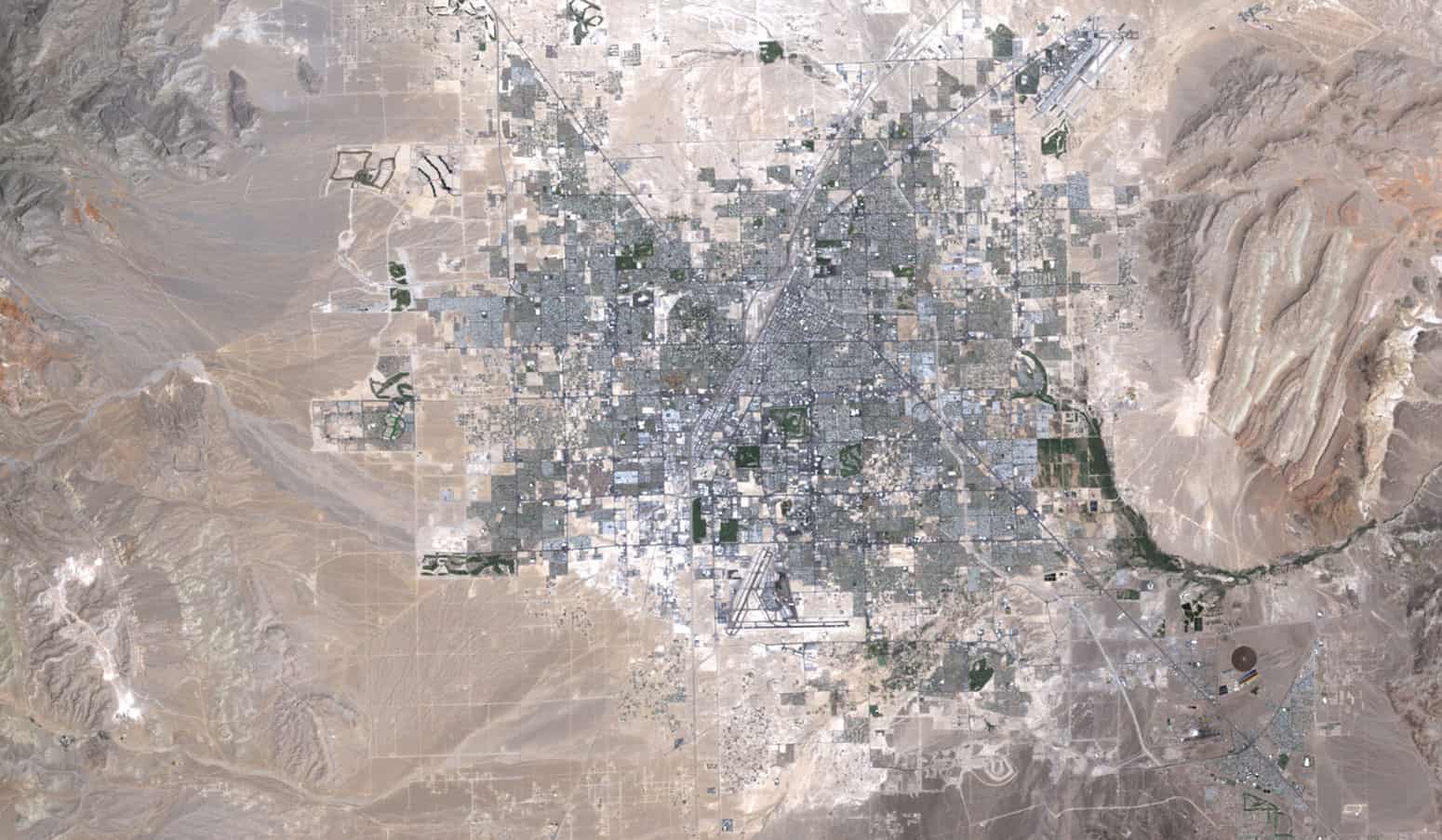 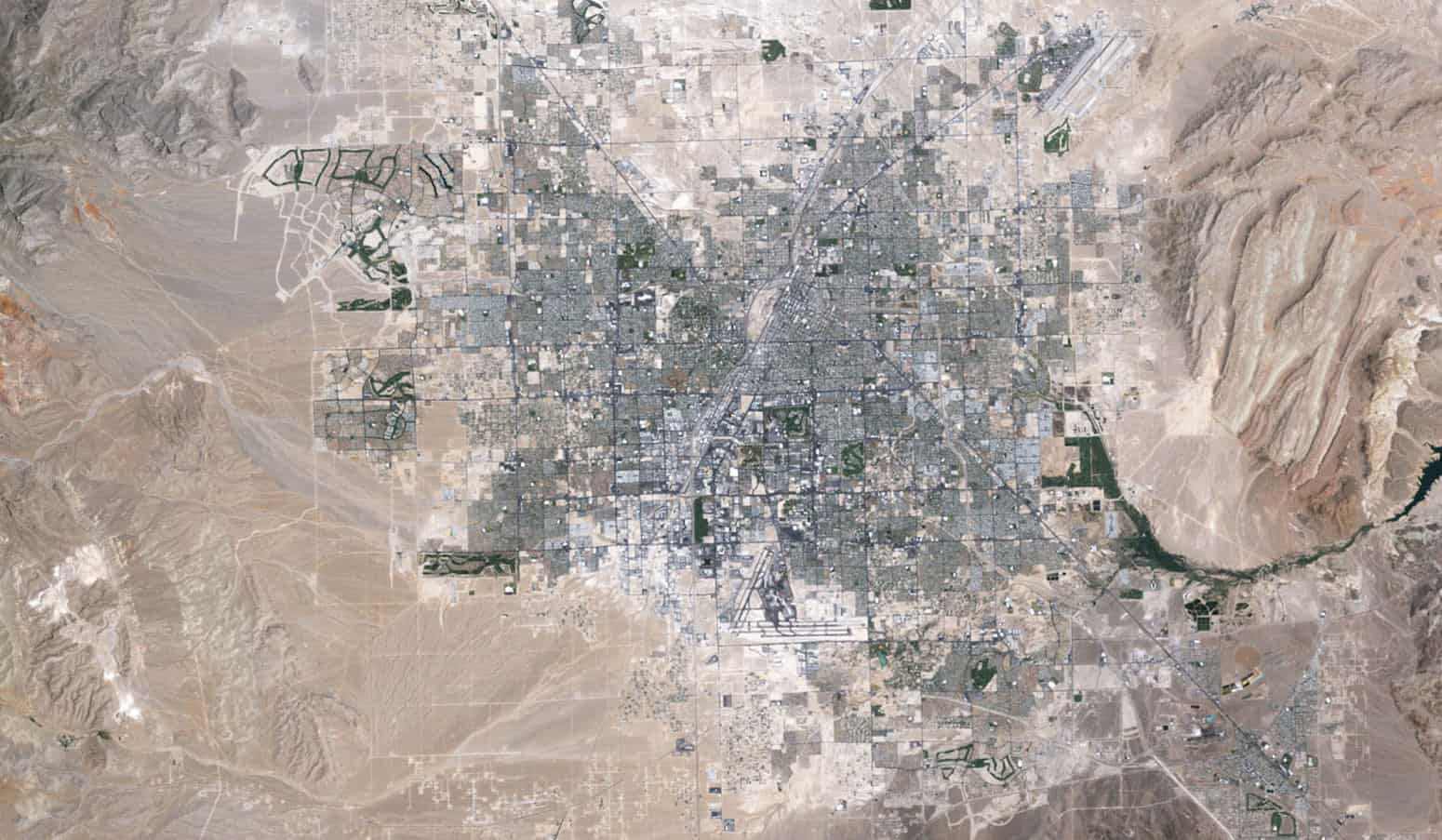 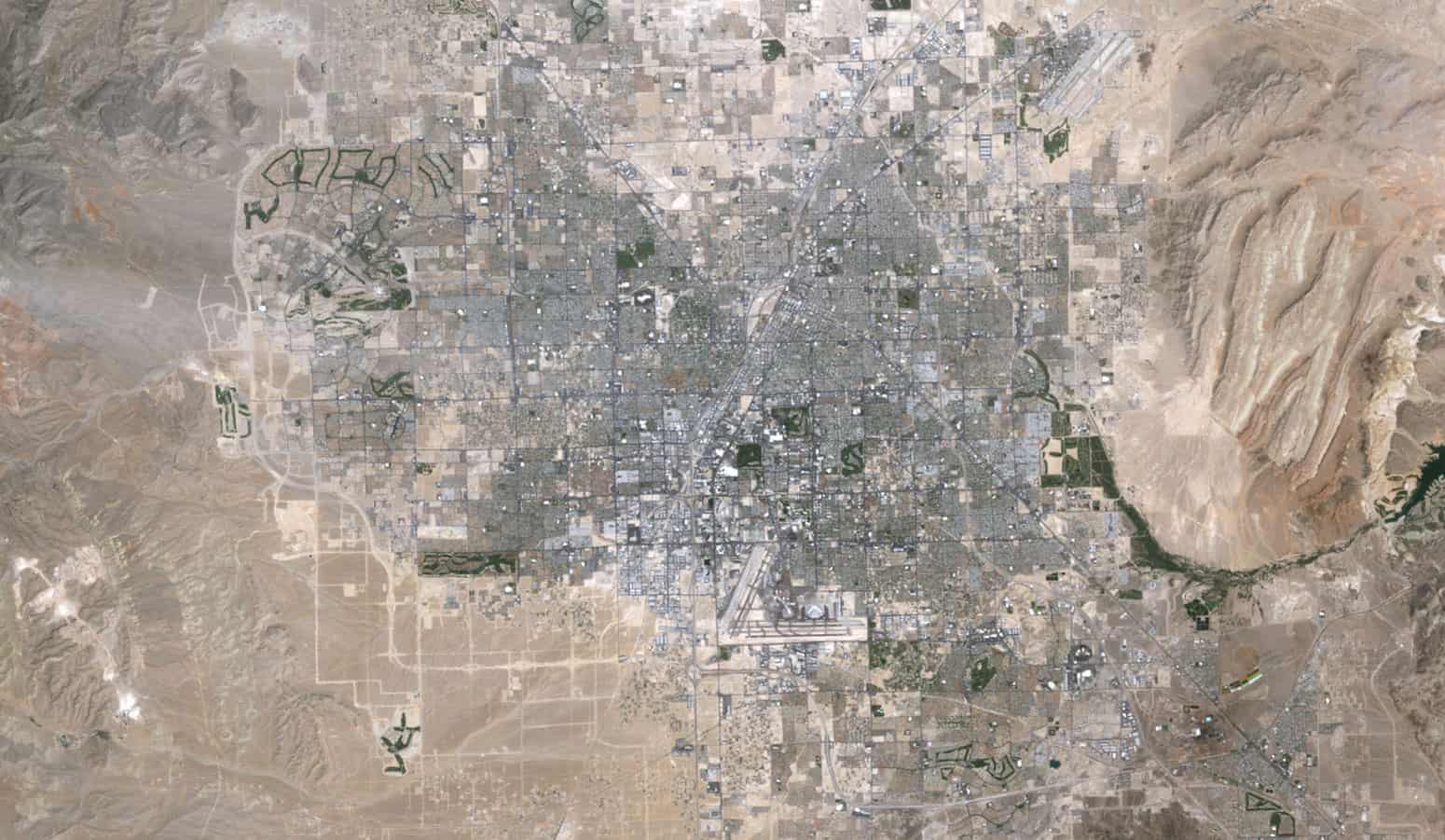 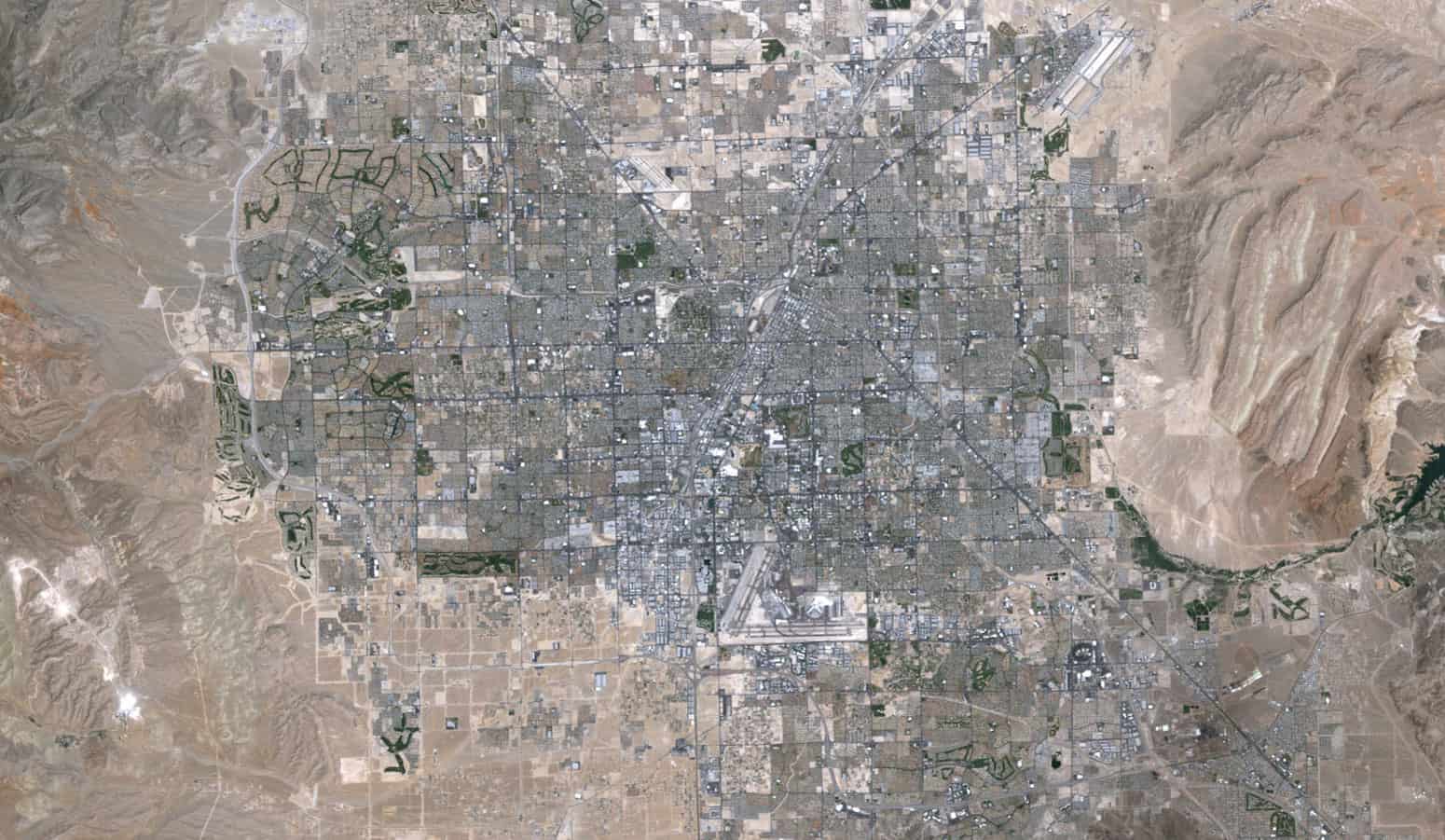 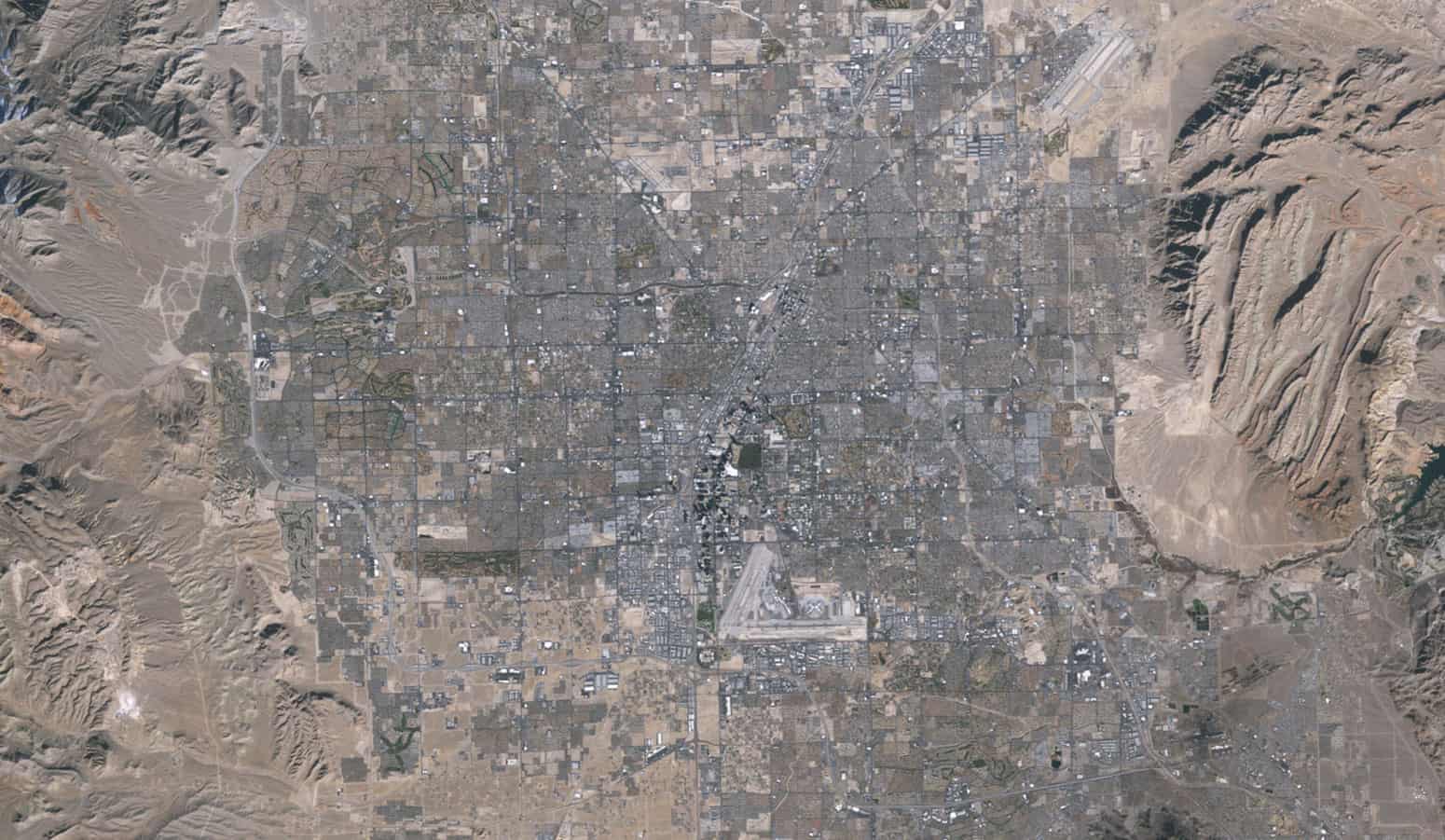 Found on Nasa’s website, this series of images taken from NASA’s Landsat 5 satellite shows the city’s spread into the adjacent desert landscape.

Check out the video below and click the images to zoom in!

“On March 1, 2009, NASA’s Landsat 5 satellite turned 25. Originally intended to last just three years, the satellite exceeded its life expectancy by 22. Although Landsat 5 needed the occasional software fix to continue functioning, by March 2009, it had provided images of our planet for a quarter of century.

With a resolution of roughly 30 meters (100 feet) per image pixel, Landsat 5’s Thematic Mapper does not detect objects as small as individual houses or trees, but the sensor can detect land use changes, including forest clearing, replanting, and urbanization, over a wide area. Las Vegas, Nevada, provides an example of the sensor’s ability to monitor change over time. The Thematic Mapper captured these true-color, photo-like images on October 22, 1984; May 29, 1989; June 28, 1994; May 9, 1999; June 7, 2004; and January 12, 2009.

These images of the western portion of the Las Vegas metropolitan area show the city’s steady spread into the adjacent desert landscape. Undeveloped land appears along the left edges of the top two images. Here, the land on the city’s outskirts appears in shades of beige and tan, with just a hint of the street grid to come. By 1989, however, development filled the upper left corner—a residential area, complete with curving roads and semicircle streets. In subsequent images, development spreads southward, and by 2004, the entire image shows cityscape, including Interstate 215 passing through southwestern portion of the city.”