according to the architects, this contemporary residence was conceived as an “ecological urban home that places a bold emphasis on sustainability and contemporary living.

The home was constructed on an overgrown infill site, just steps from Bloor Street, that was considered unbuildable because of its 45 slope and shallow depth.

Where others saw obstacles the design team saw potential for an earth sheltered home, ideally sited in an urban context with good solar orientation and exceptional vistas over Toronto’s High Park.” 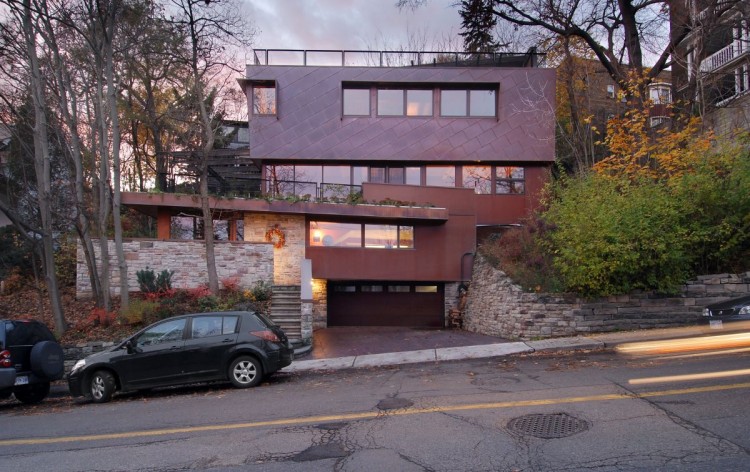 “In order to make the most of the site and minimize disturbance the excavation was the first example of permanent soil nailed shoring in Ontario. Surgically cutting a three and a half story retaining wall into the hillside provided the ability to essentially build a house in the hole with a shell comprised of insulated concrete forms (ICF), structural insulated panels (SIPS), a structural steel frame and heavy timber beams many of which were reclaimed from a World War II era aircraft hanger at CFB Ottawa or salvaged from the Ottawa River.

Before the basement slab was poured a geothermal loop was installed under the house which would later be connected to the homes sophisticated hydronic heating, cooling and domestic hot water systems. Multiple thermostatically controlled zones, in-floor heating, dual air-handlers, heat-recovery ventilator with intake filtration, humidity control and outdoor sensors provide optimum comfort during the short heating season and virtually non-existent air conditioning season. Typically the geothermal system is in operation less than six months a year. 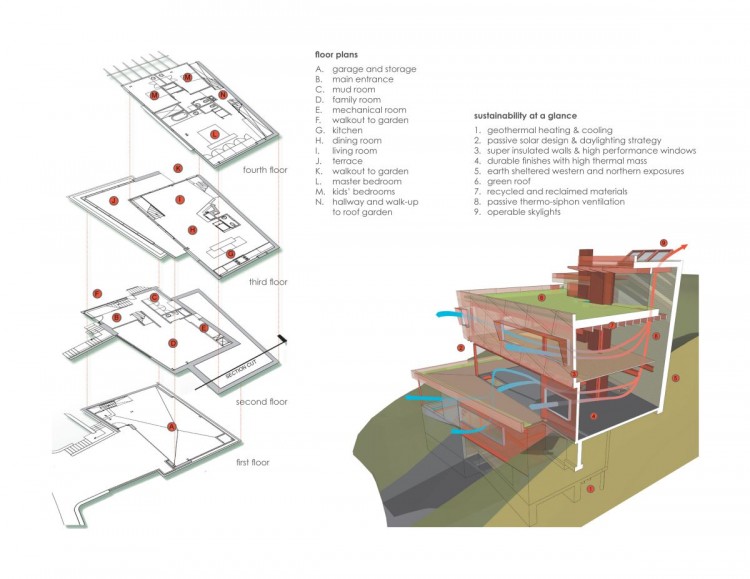 Year round the home benefits greatly from its tight envelop and high insulation values. Passive solar gain and optimal shading derived from correct solar geometry and orient-specific high-performance glazing temper the indoor temperatures. Supplemental heating is provided by a traditional clean burning contra-flow masonry stove (Finnish stove) which is fueled with construction waste and trees felled within Toronto. Thermo-siphon night-time venting of the homes extensive thermal mass has proven to provide natural air conditioning through the majority of the summer.

The design of the house is thoroughly modern, with bright day-lit open concept spaces that are defined by the extensive use traditional sustainable materials including cork, reclaimed stone, birch and marine plywood, clay brick, copper and Douglas fir.

A broad third floor roof deck with a well defined green edge engages the street life on Ellis Park Road while an extensive green roof atop the house provides a rare vista of nothing but tree tops except for the tip of the CN Tower piercing High Park’s canopy.

The design and construction of the home provided the architectural team with the opportunity to experiment with various systems, materials and assemblies, providing real world experience and long term monitoring to verify theories and assumptions that could not be tested on private clients.

The enduring legacy of the Ellis Park House is that many of the design strategies that were novel at the time of its design have become standard in the firms current work. The house proved to the firm’s clients that reducing ones ecological foot print can be done with out compromising comfort, luxury or style and more importantly that sustainable practices really do pay for themselves.” 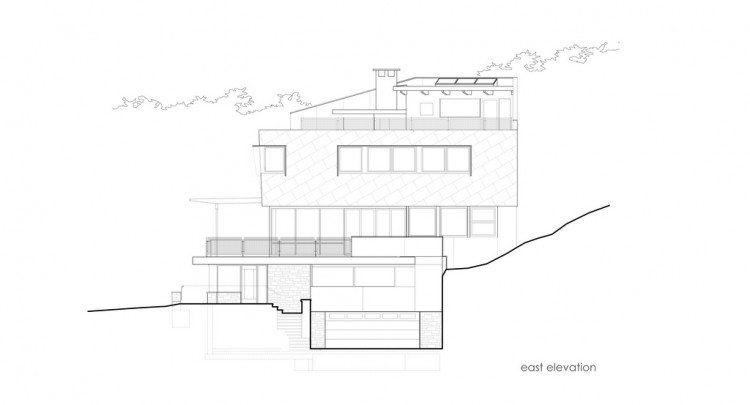 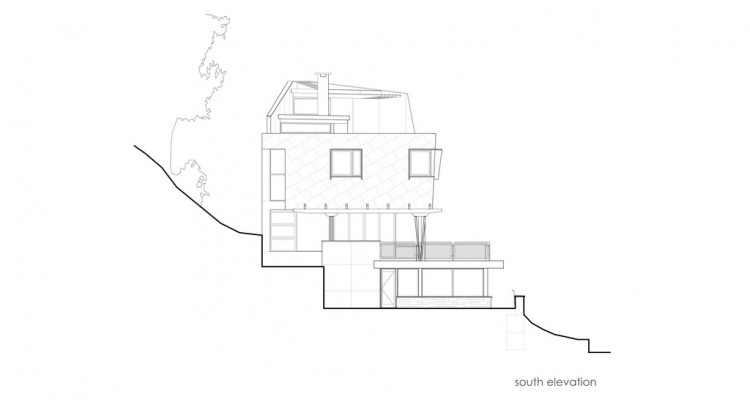 Source: Arthitectural
Photos by: Tony Round

House at the Park by Splendid Architecture