Peter Stamberg and Paul Aferiat of New-York city-based studio Stamberg Aferiat Architecture have designed Maison Plastique, a cubist 1,100 square foot colorful retreat for their own use.

The pavilion, located on the Shelter Island at the eastern end of Long Island, New York, is composed of two independent pavilions around a pool, one containing a master suite, the other a kitchen and the living area.

The floor plan took shape on a trip to see the reconstructed Barcelona Pavilion (Mies van der Rohe’s 1929 masterpiece) the partners made right after acquiring the property. “It hit us on the plane going over,” says Aferiat.

“We wanted to take Modernism from the teens and ’20s and reanalyze it in terms of where we are now. The glass box had been done.

We wanted something more plastic, more fluid—but just as ordered, not deconstructed.”

Read more about the Maison Plastique at Architectural Digest 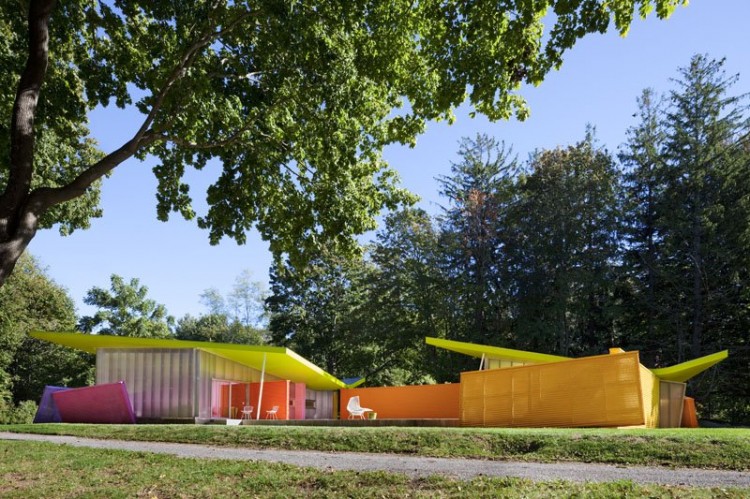 Maison A3 by Vincent Coste