The 4,036 square foot home features “A minimalistic structure with no unnecessary decorations based on the principals of minimalistic configuration that fuses into a single, clear and harmonious form.” 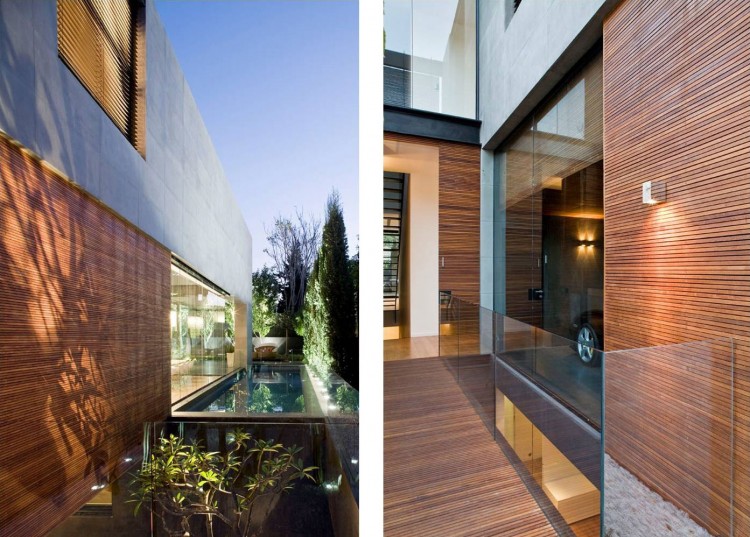 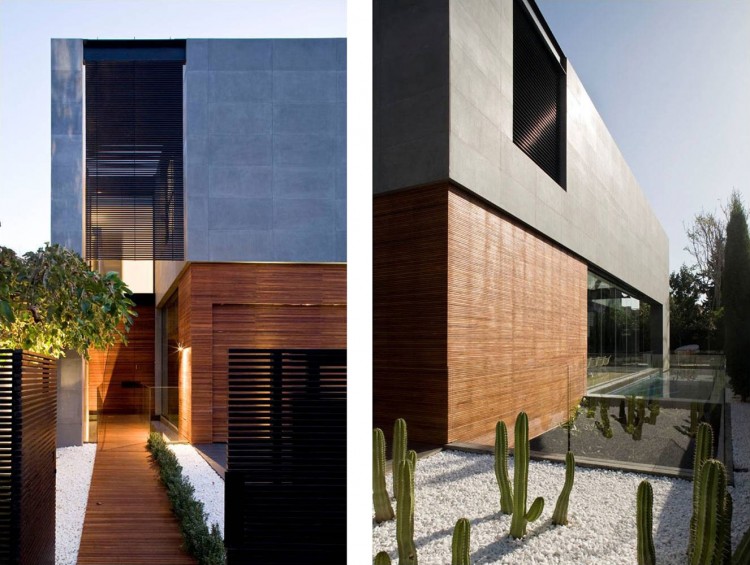 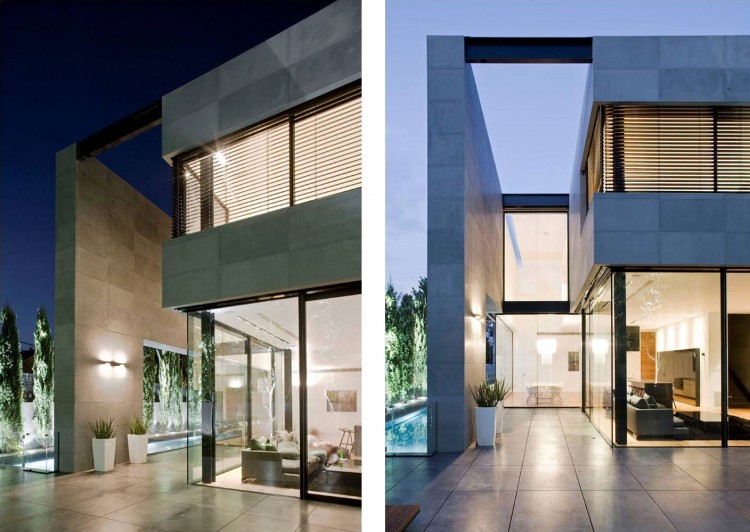 “The main idea behind the design was to work on a rectangular grid where all the functions merge into it, even the parking structure that is usually a small and separate structure at the front of the residence.  The architect created a clean rectangular mass with vertical and horizontal openings breaking into it that allow for movement within them and the entry of natural light.

The front of the house has three levels completely impervious to the street with two courtyards on the right and on the left and excavated to the level of the basement floor, allow for the entry of light and air into the lower level.  Thus, a situation is created where the pathway leading to the entrance is a bridge suspended over one of the excavated courtyards.

Once inside, the almost monastic impermeability of the frontal façade is converted with impressive openness that invites you into a well lit open space where the entire long façade of the home kisses a swimming pool set against the entire length of a massive glass wall.  The open space rises to a height of six meters with a sky light the full length of the ceiling that empowers the drama of the space.

The entire ground floor is a public space that contains a long kitchen painted a glossy black that reflects the swimming pool opposite, a spacious salon that opens into the rear courtyard and designed with careful minimalism and a dining table.  The entire public area has the appearance of a modern and spacious loft. The bedrooms are situated on the second floor with the communal space connecting them, looks over the swimming pool.

In the basement, that appears as an island floating between the two excavated courtyards, can be found games rooms and a movie room.

The central motives of the architectural design:  a clean configuration, moderation in materials and subdued colors find an expression in this project.

The sparsity of materials and the reuse of materials such grey limestone that covers the entire external facade of the house and one of the internal walls, imparts a feeling of concrete minimalism, Corian that the architect used in the design of the sinks and partitions in all the bathrooms, and black basalt that covers the walls of those same rooms.    By using the same elements, the architect is attempting to make the spaces meditative in their feel and attraction and that blend with the architecture of the structure, one complete and unified mass.”

That 60s House by Plasterlina