Essence of the Desert House by Au Design Studio 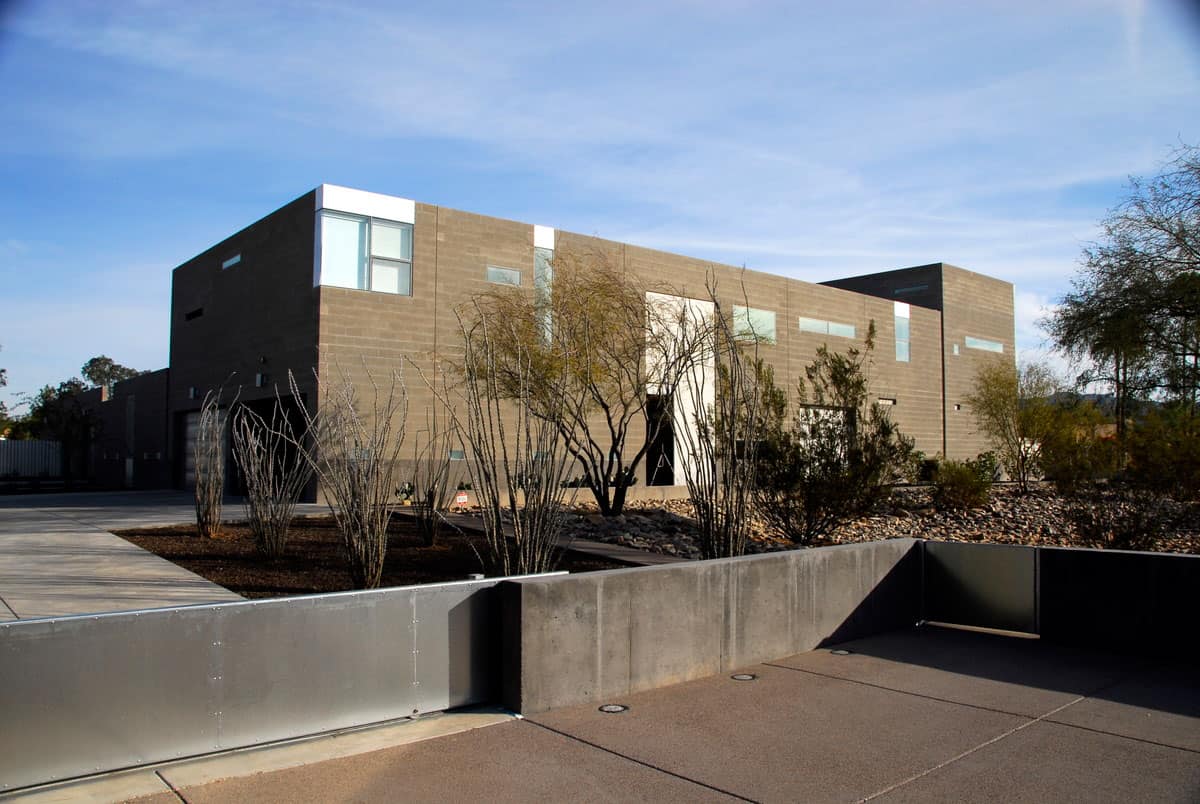 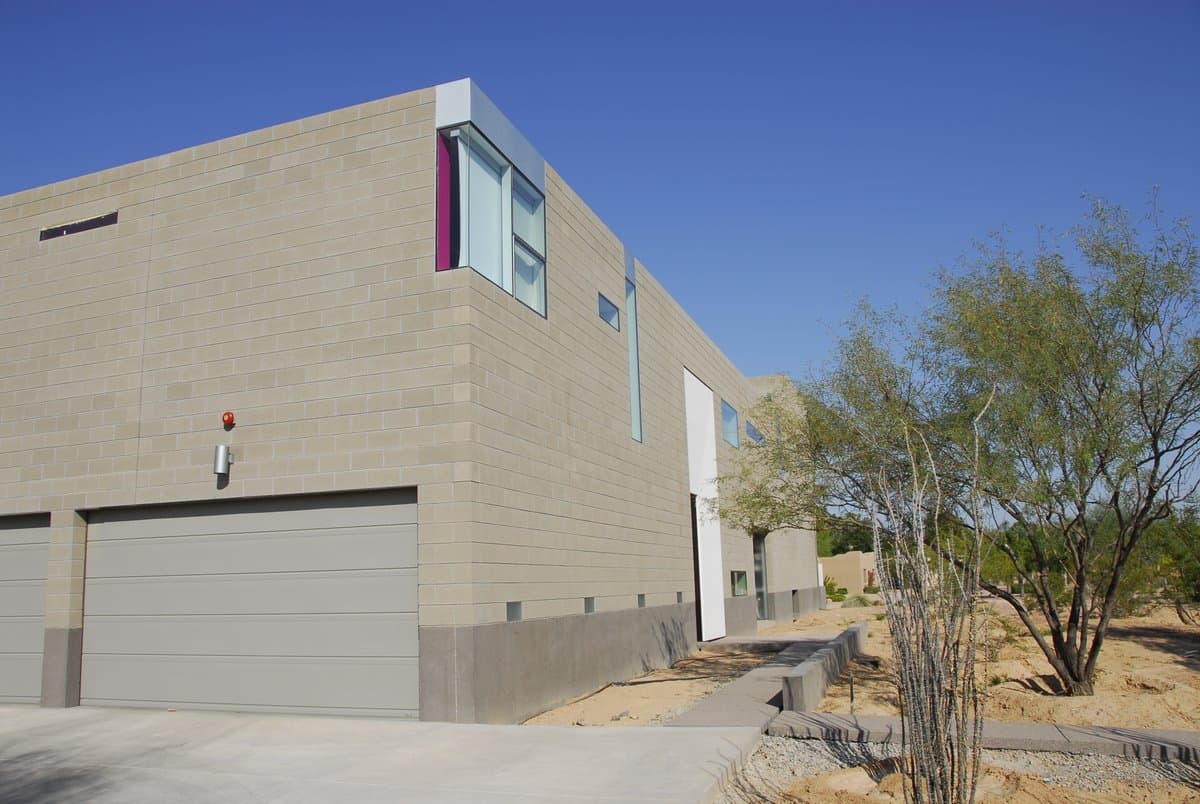 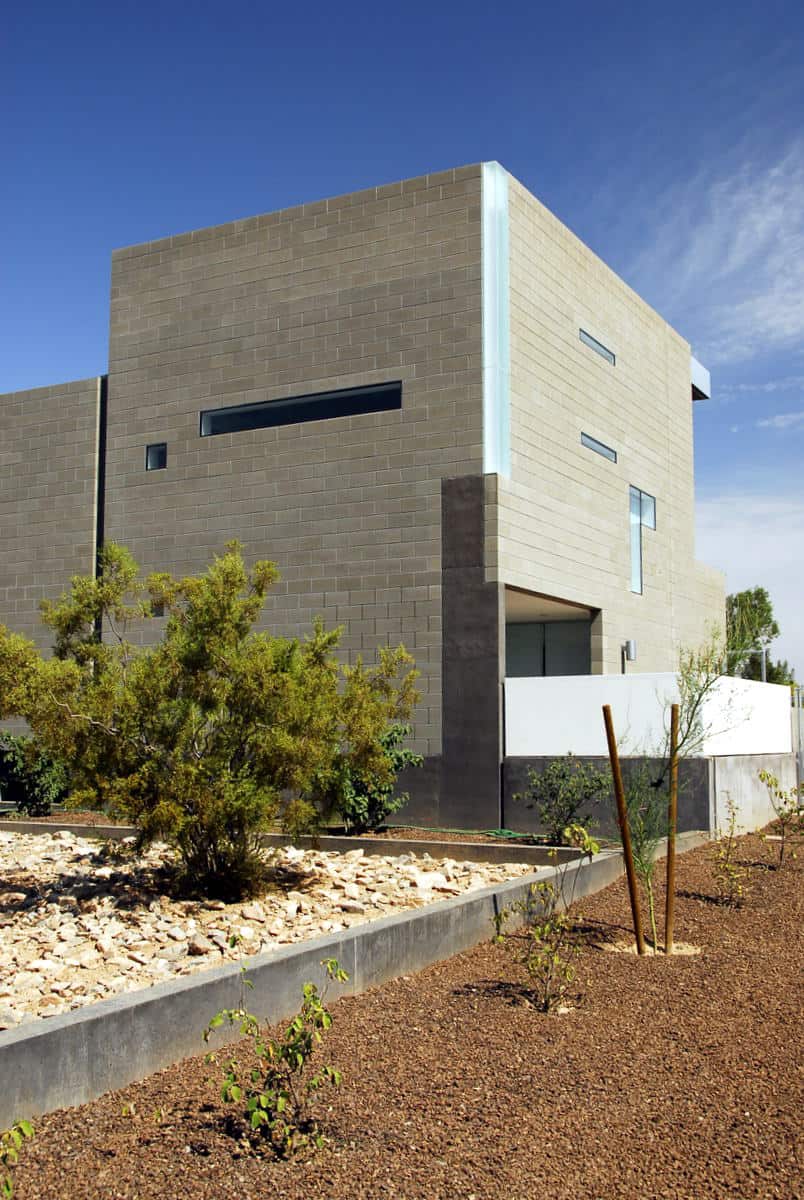 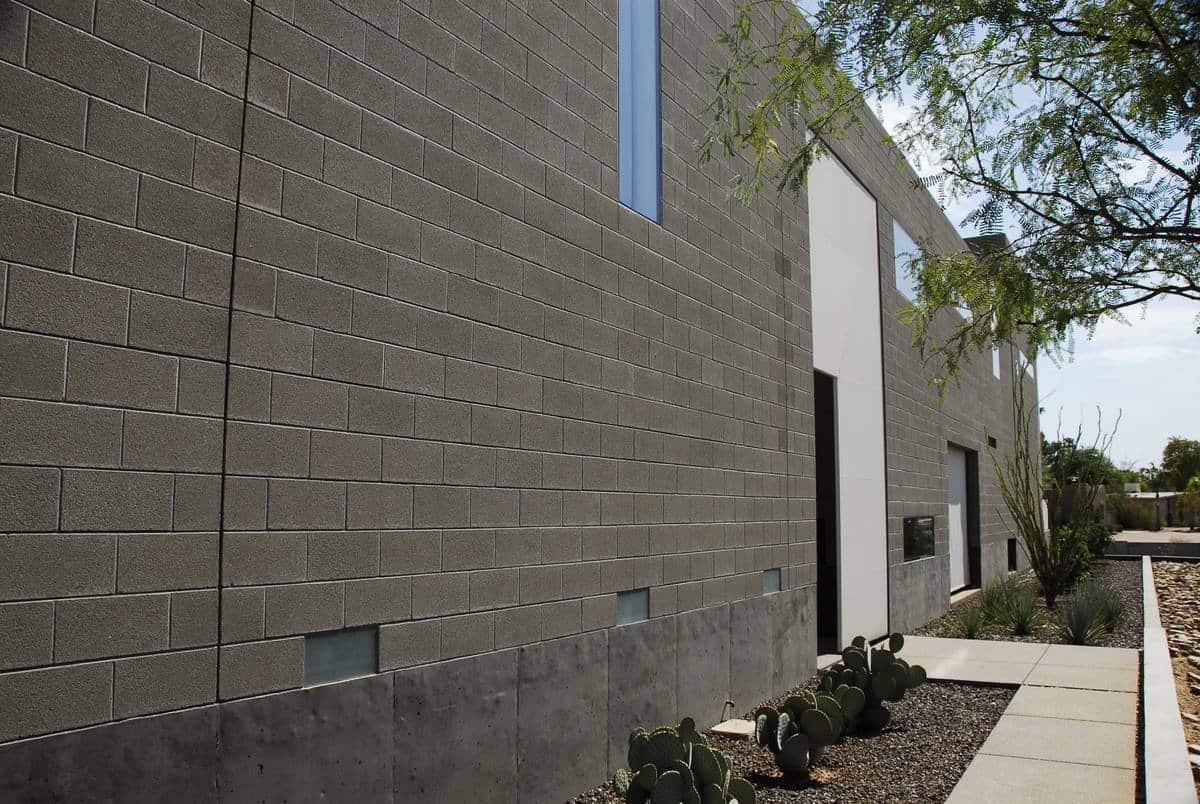 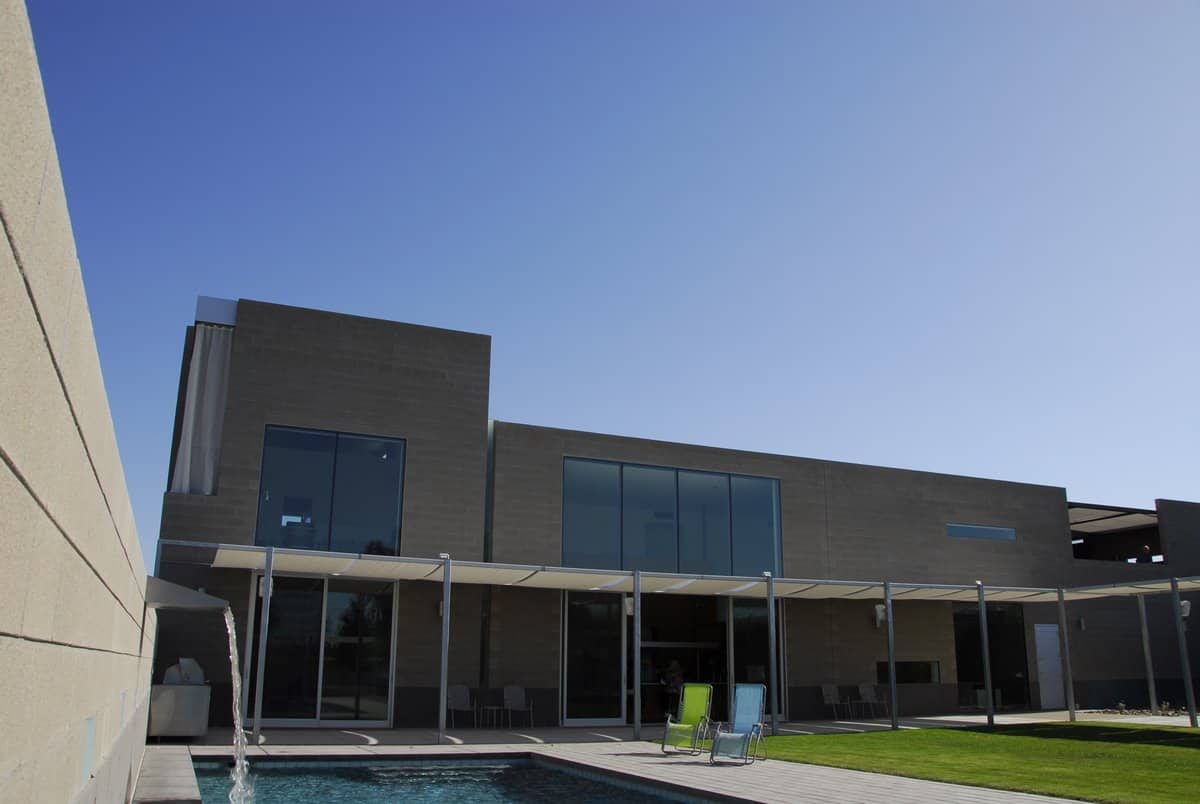 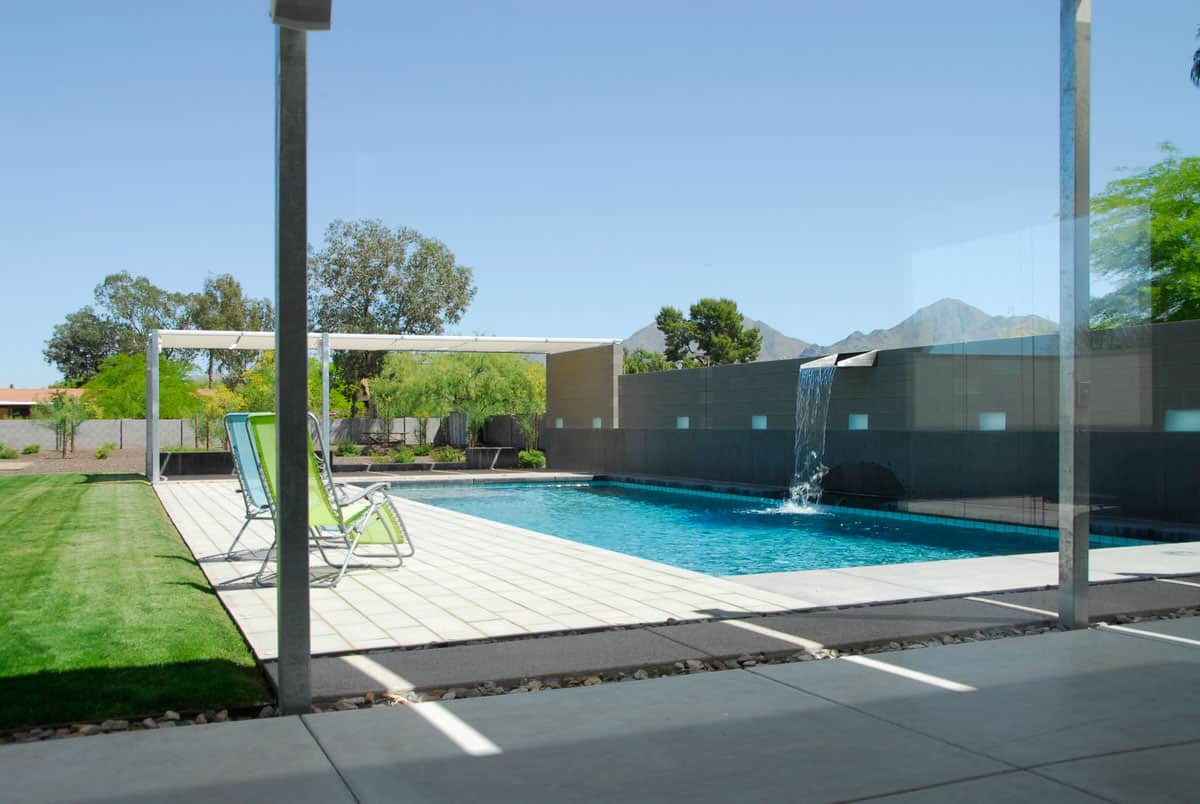 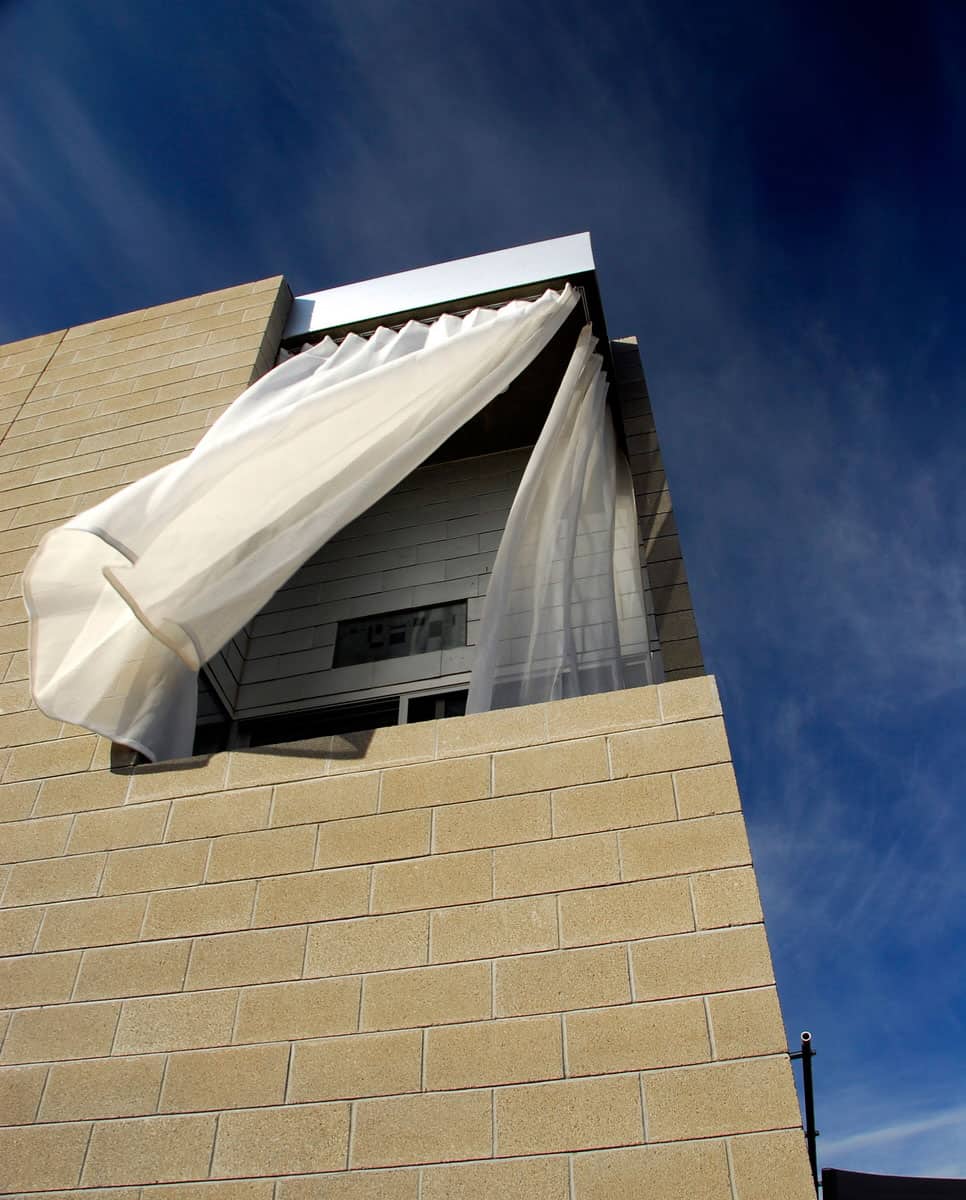 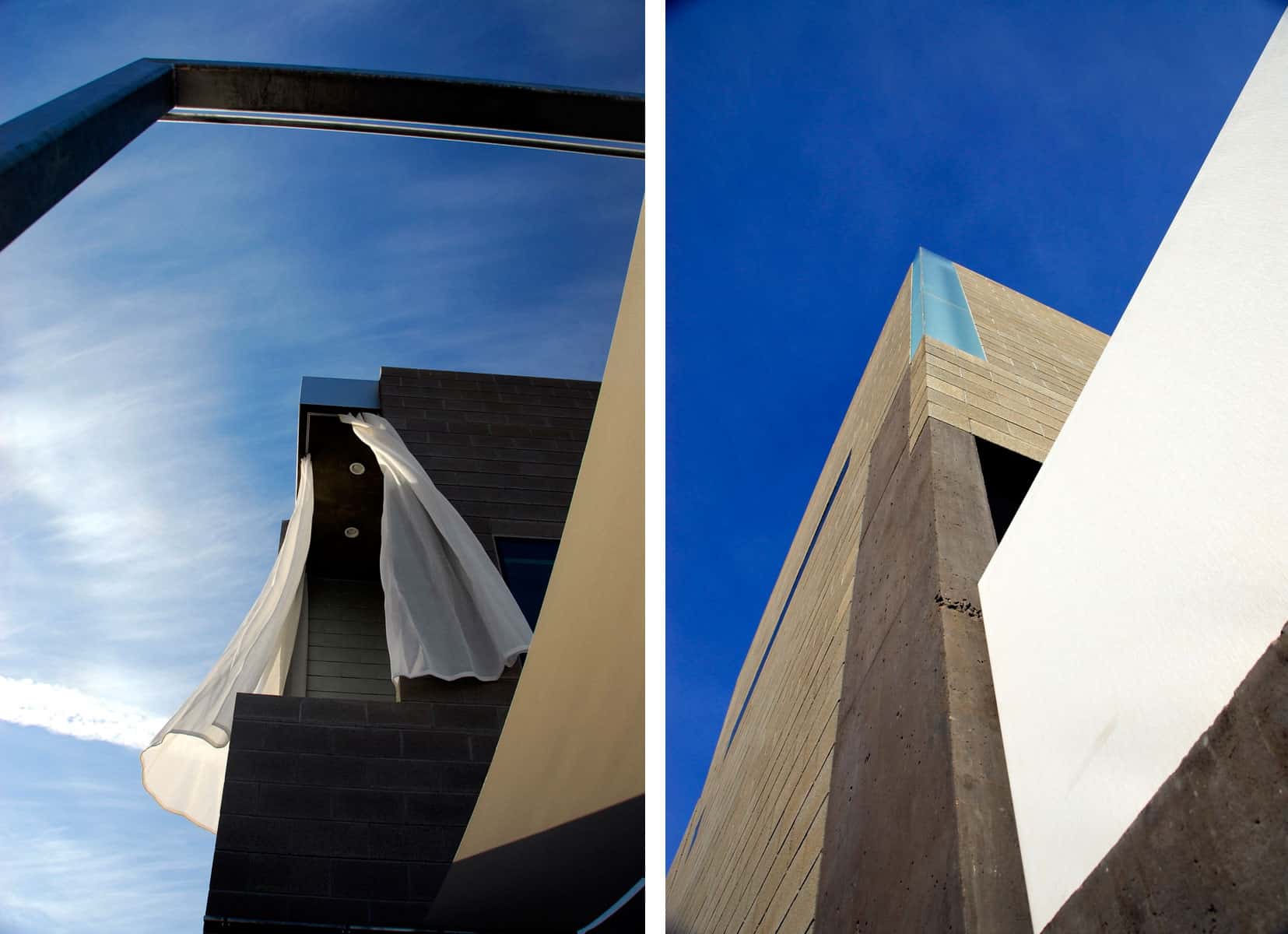 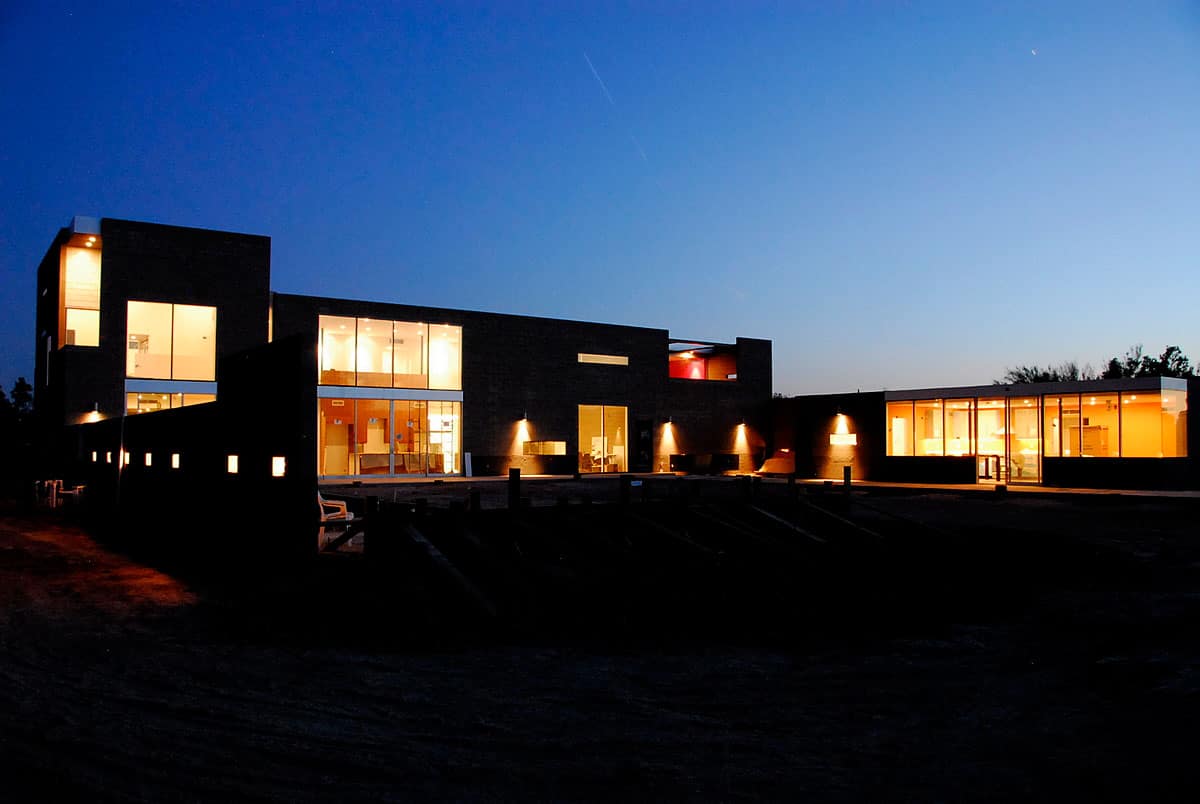 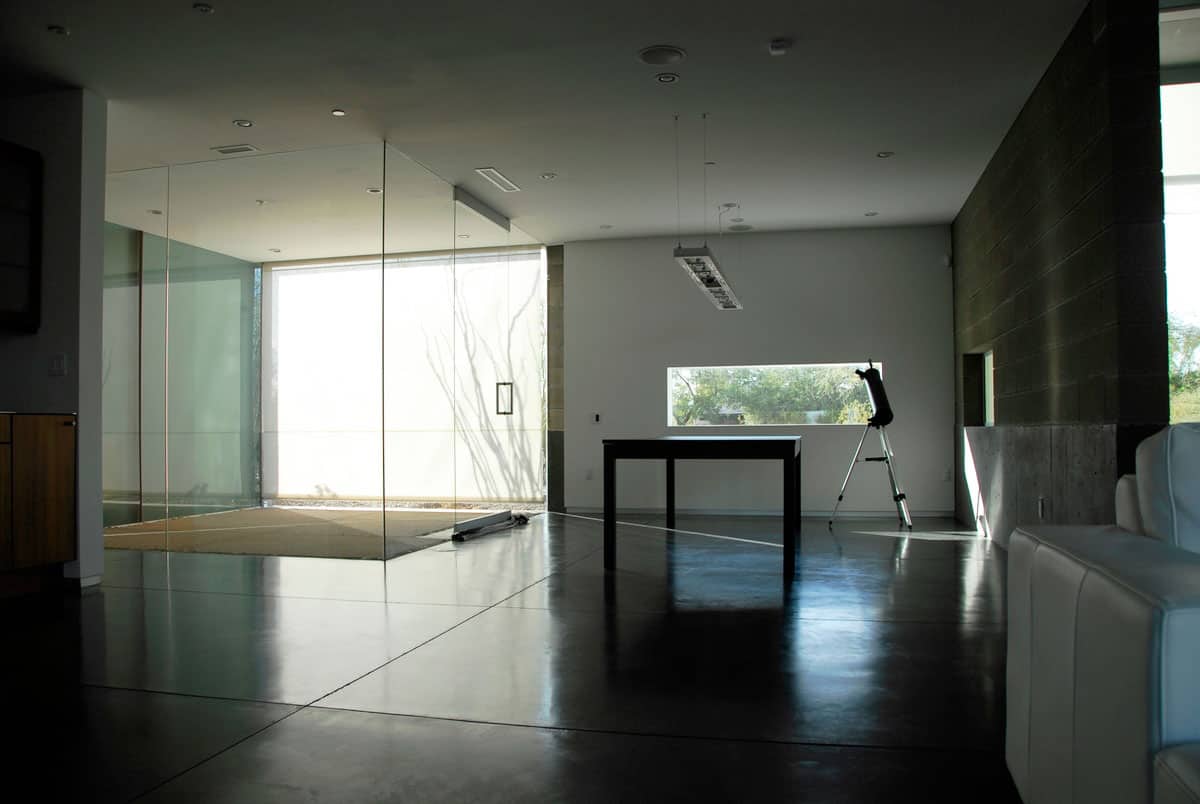 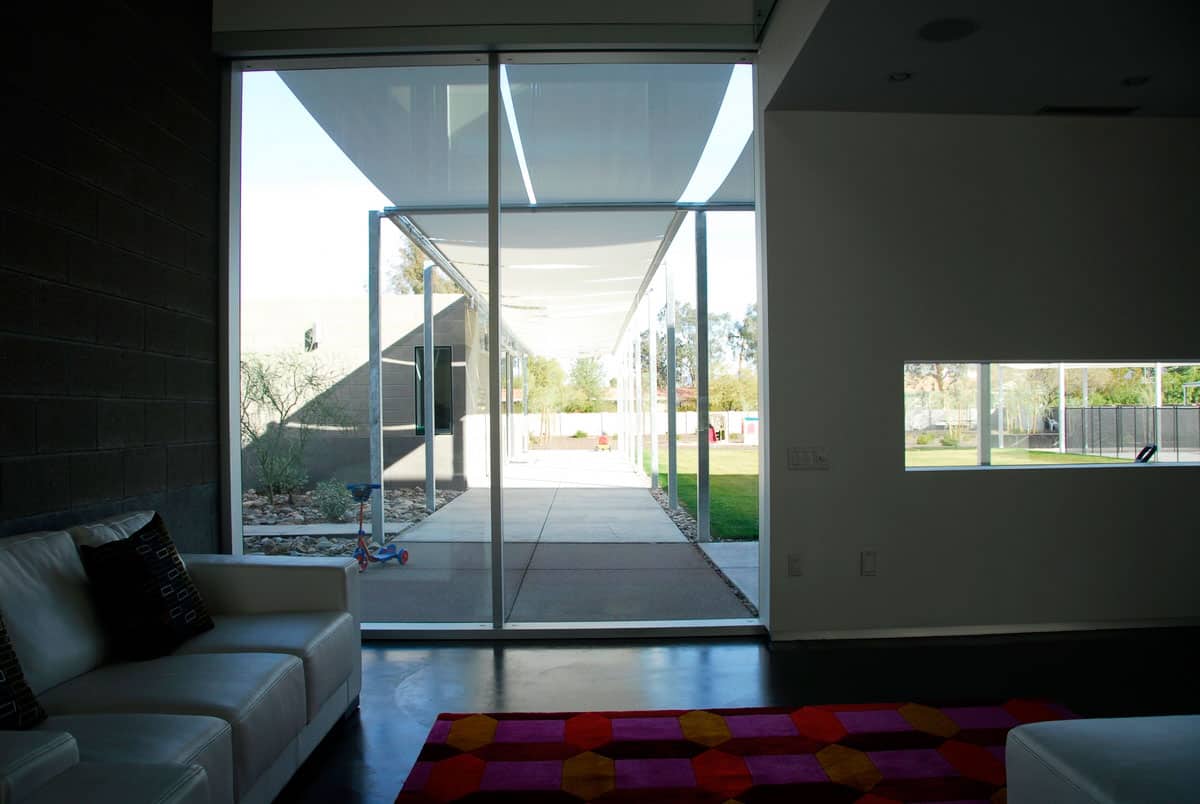 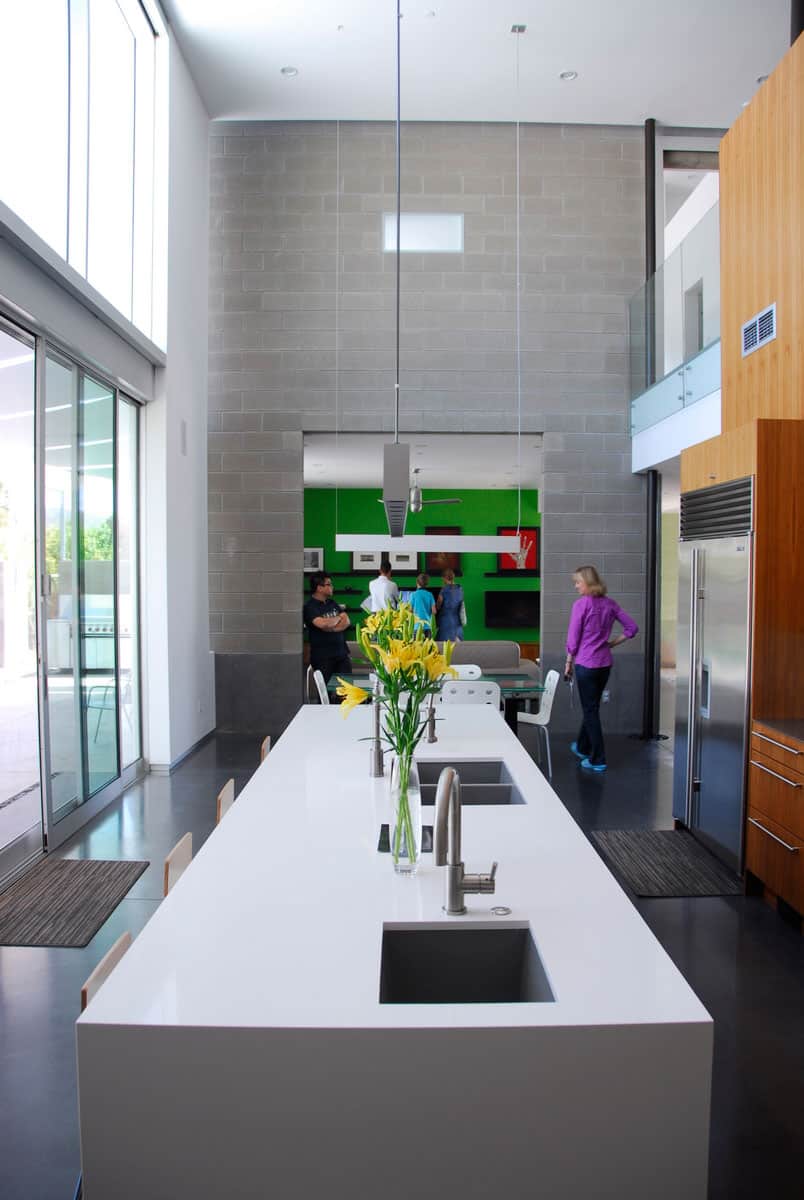 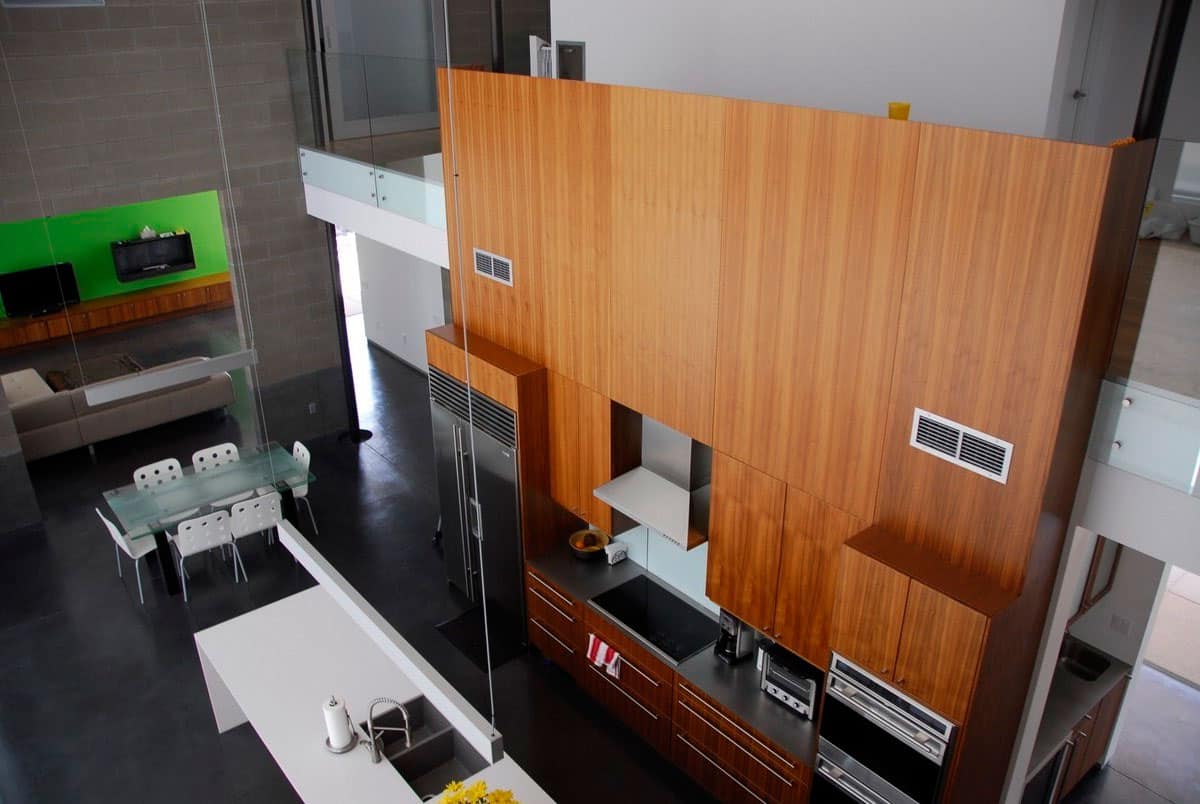 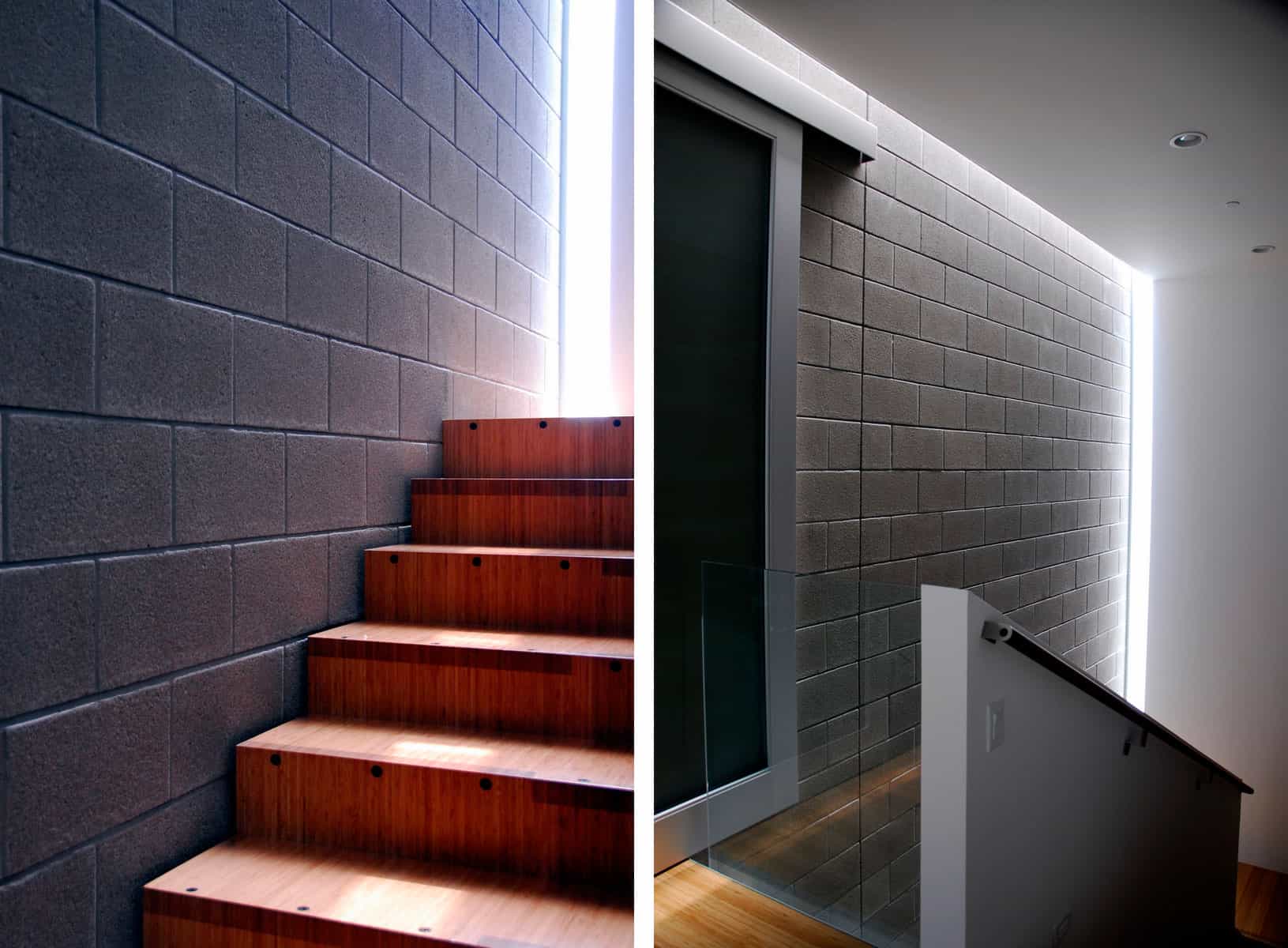 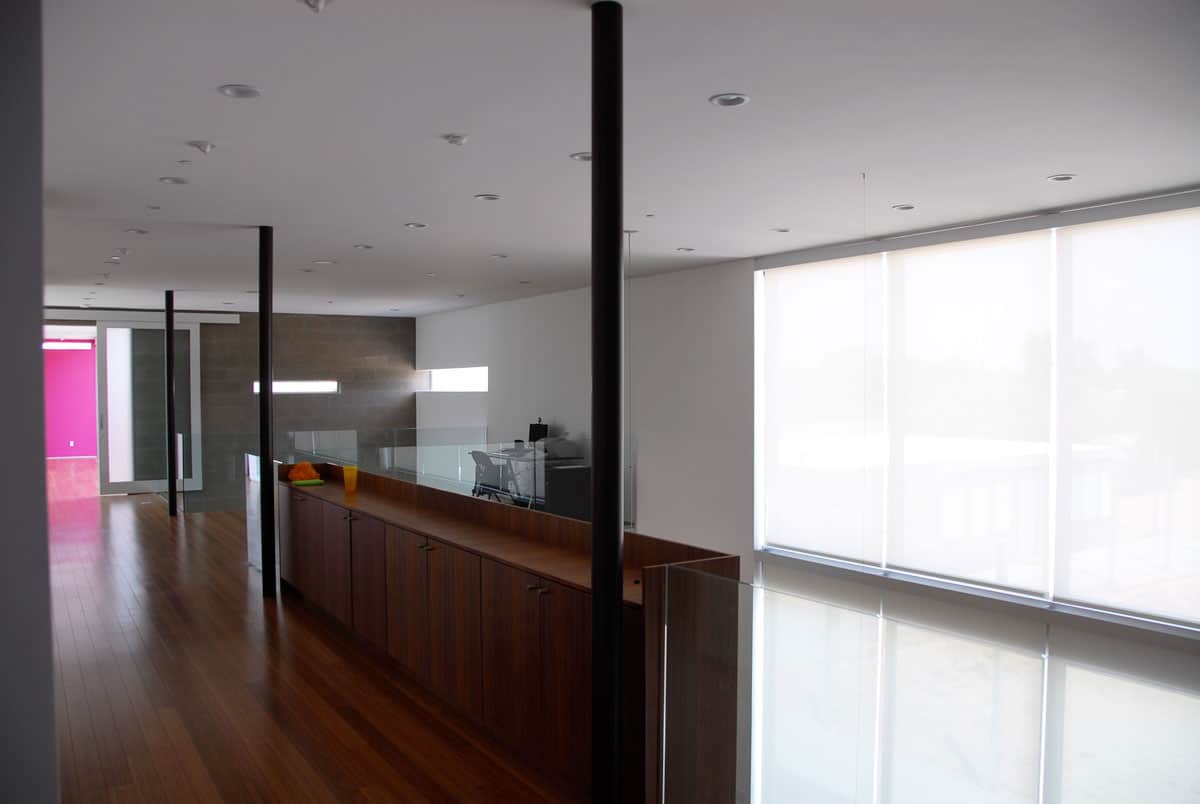 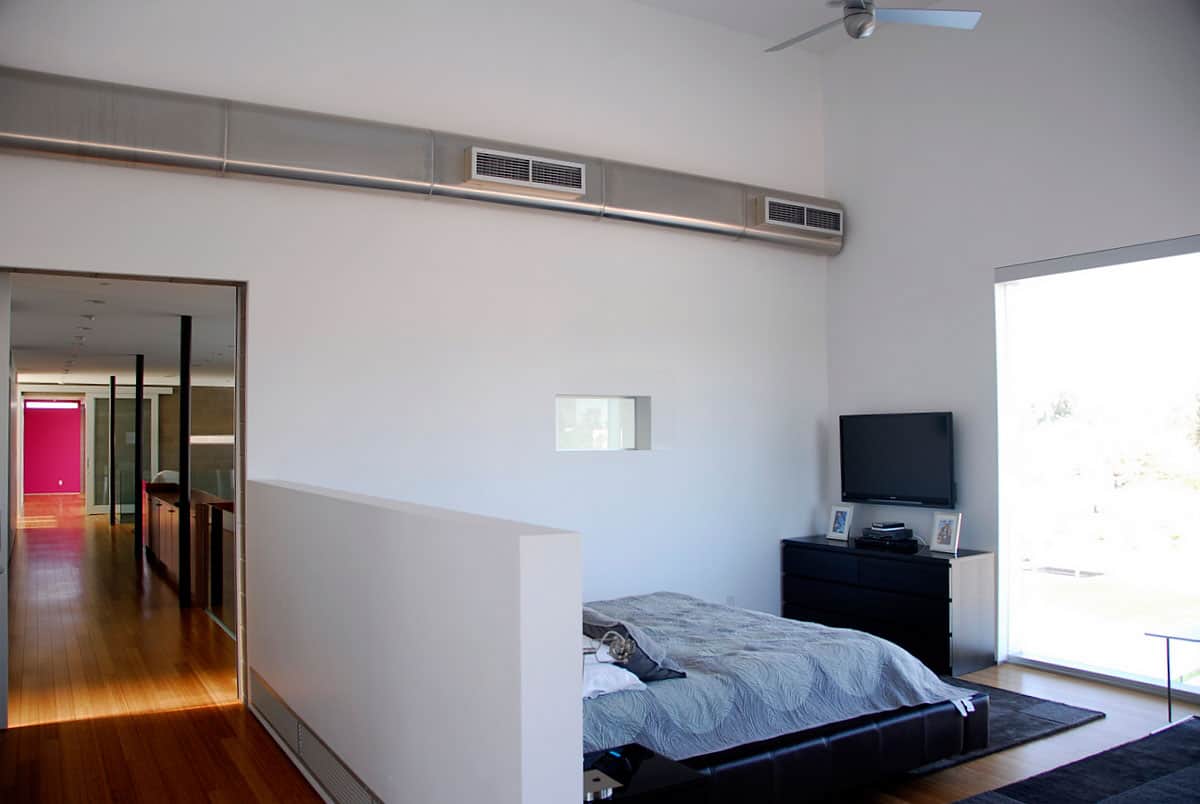 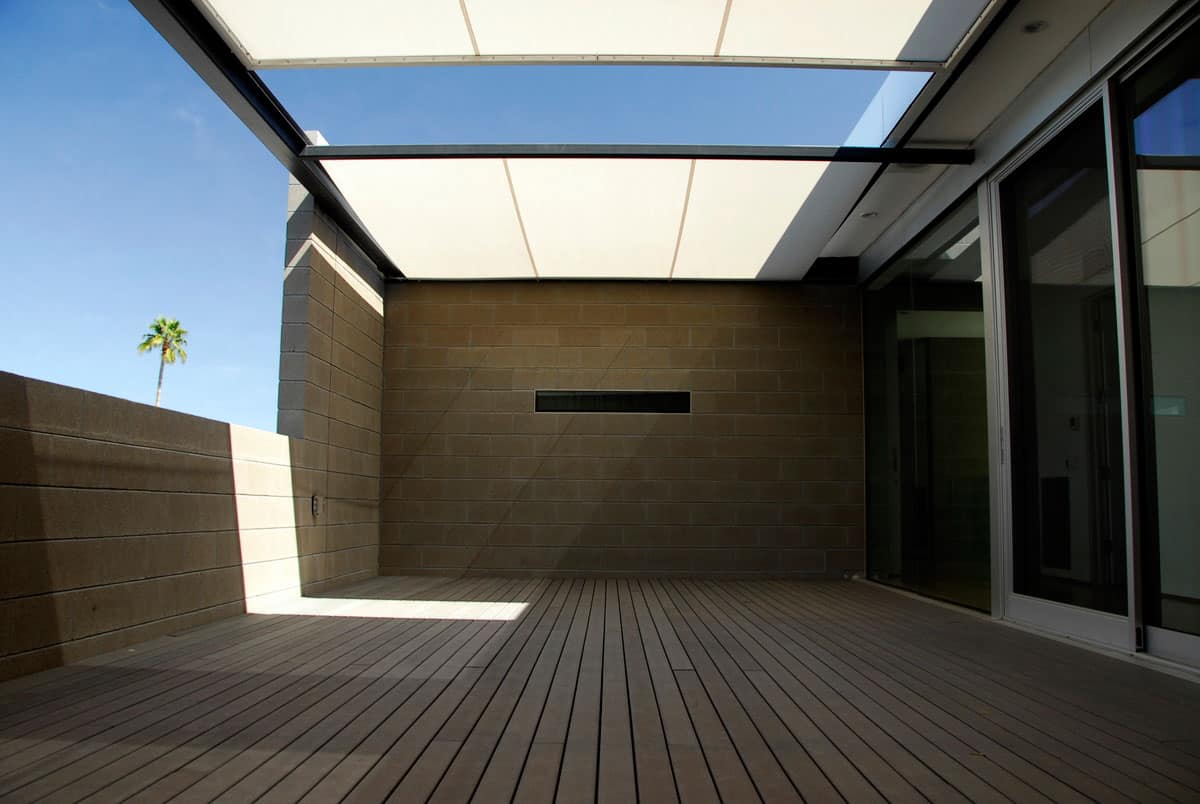 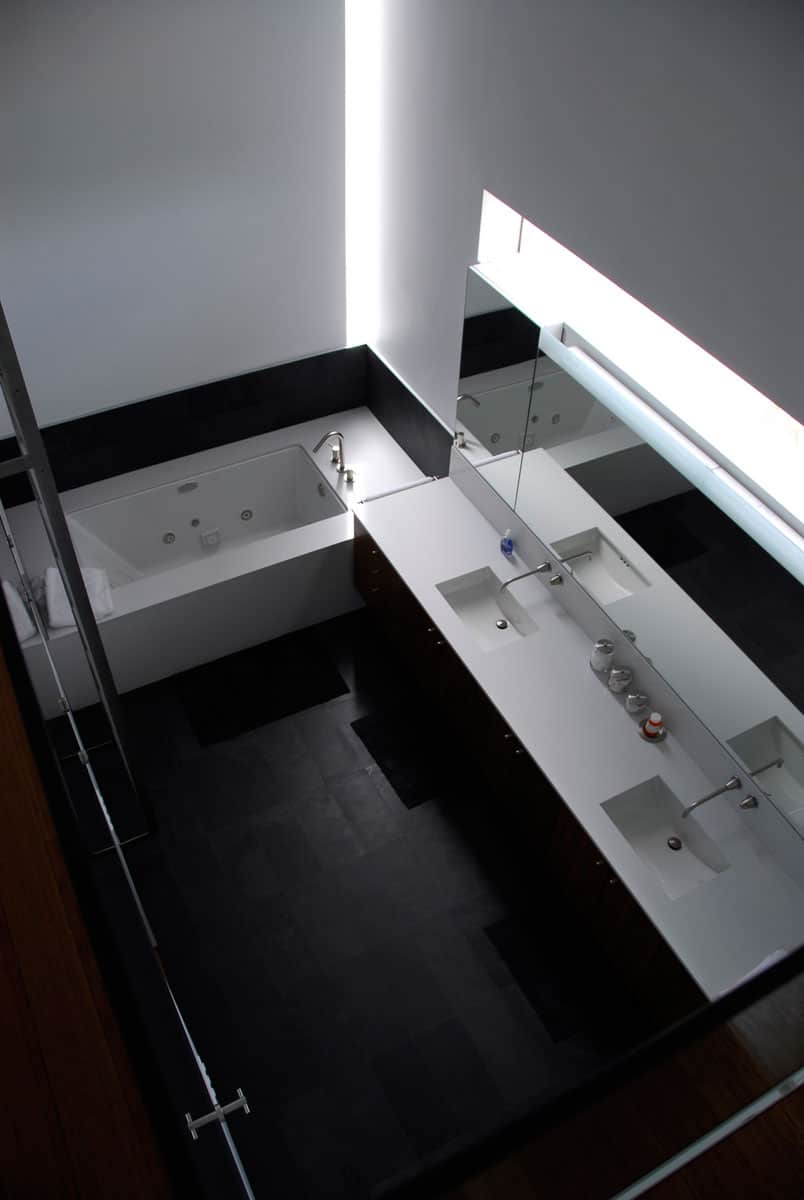 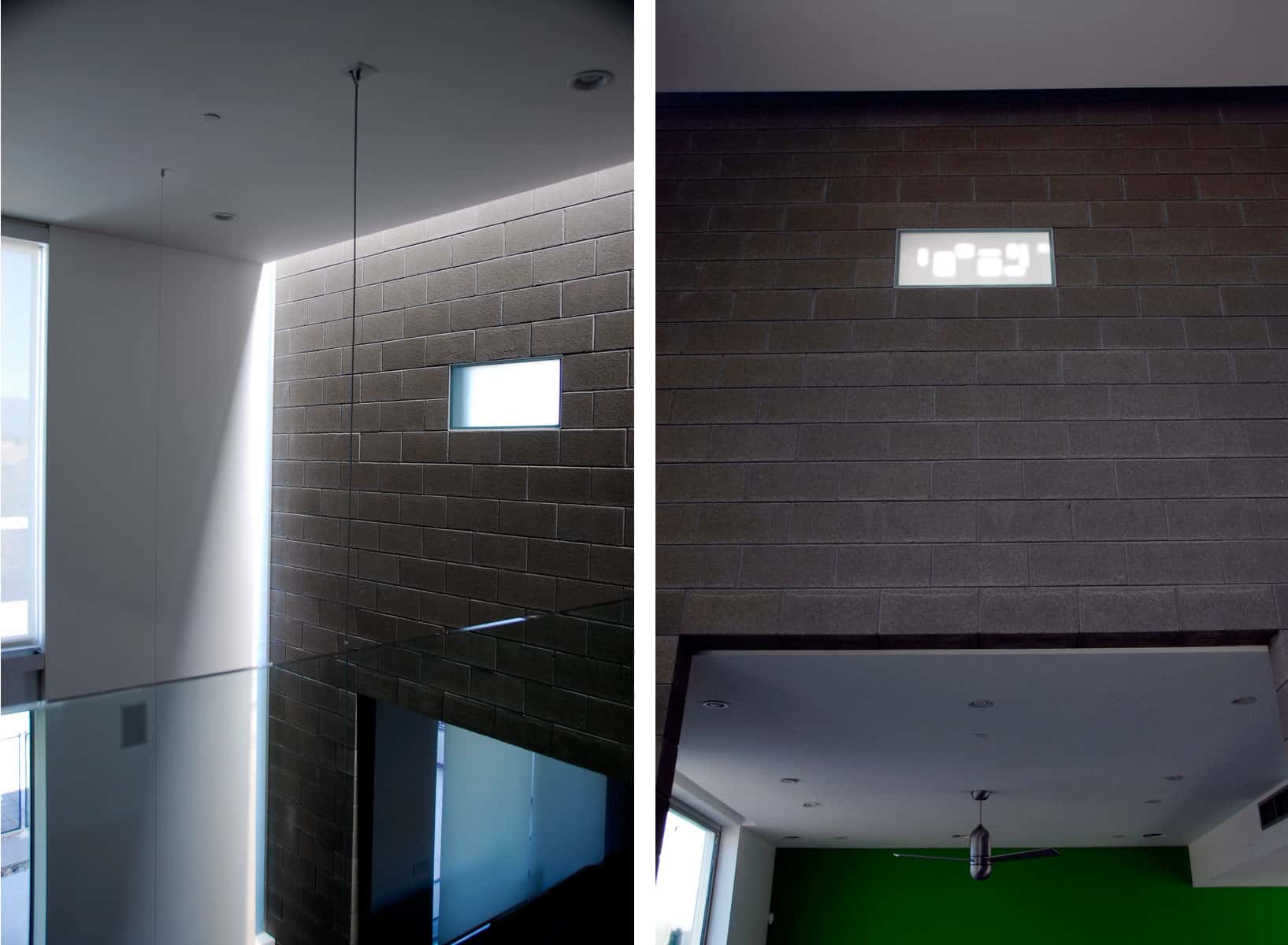 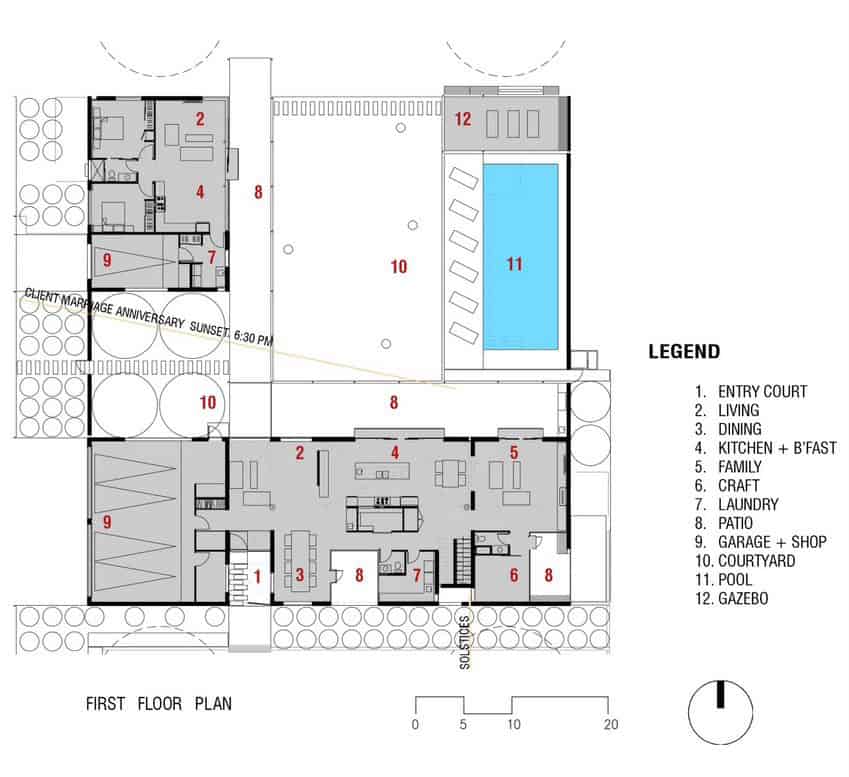 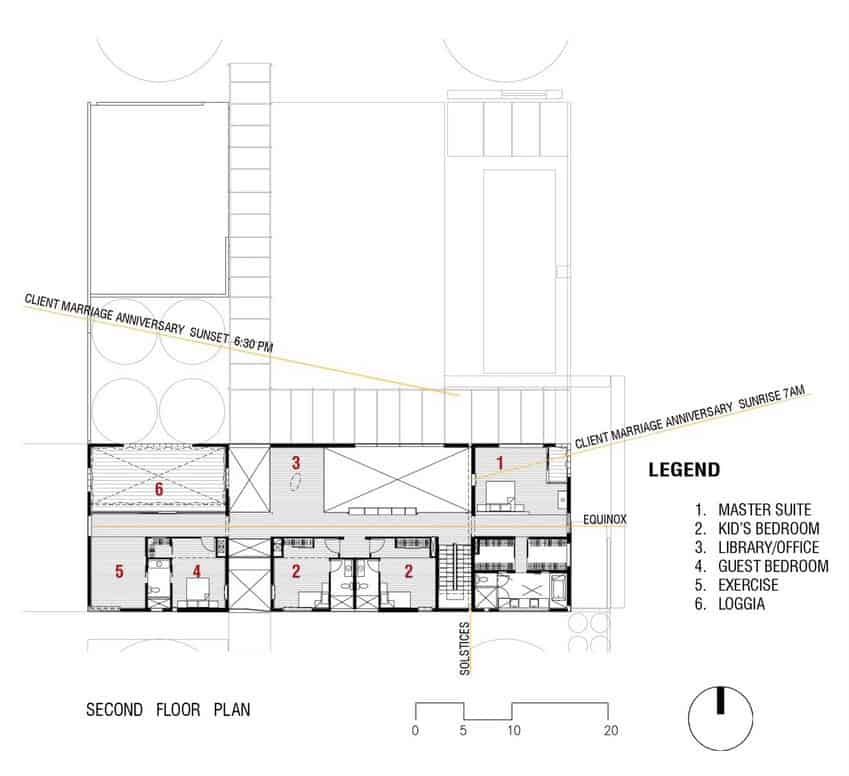 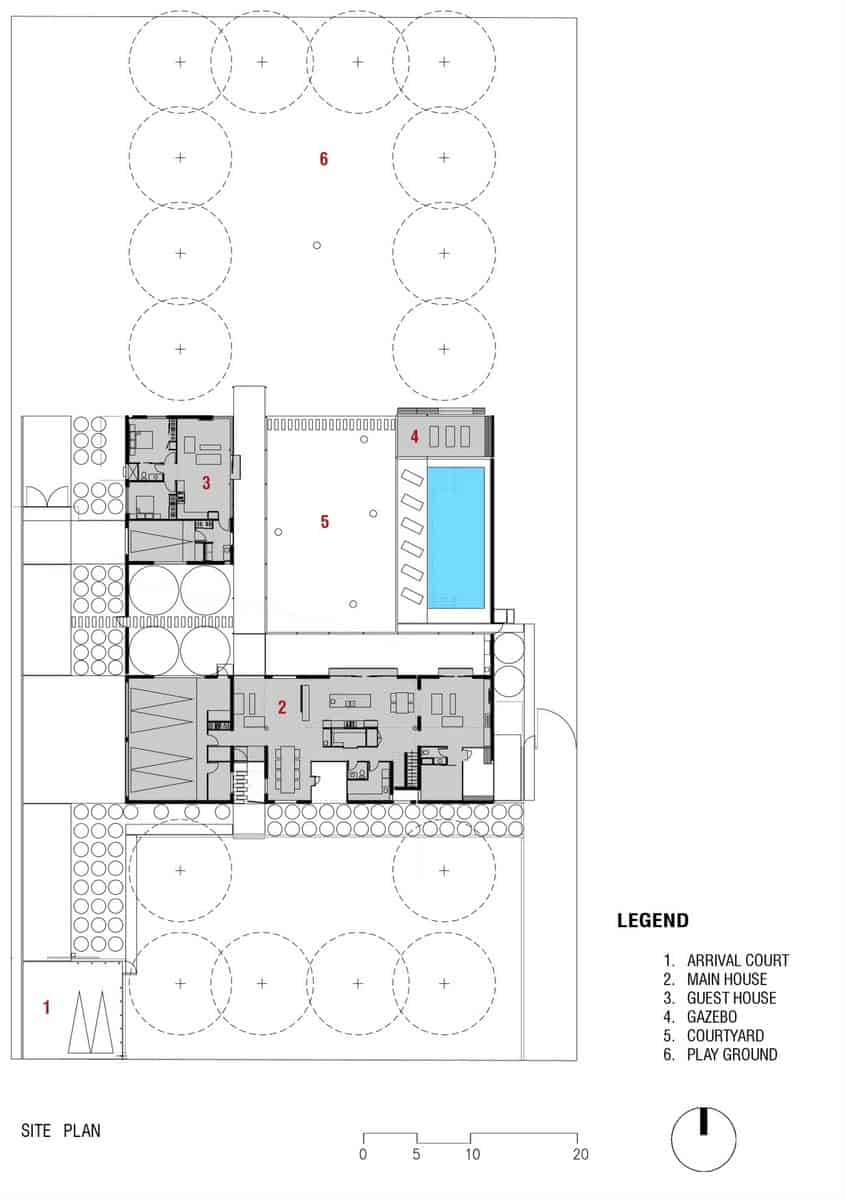 Scottsdale-based studio Au Design Studio has completed the Essence of the Desert House in 2008. 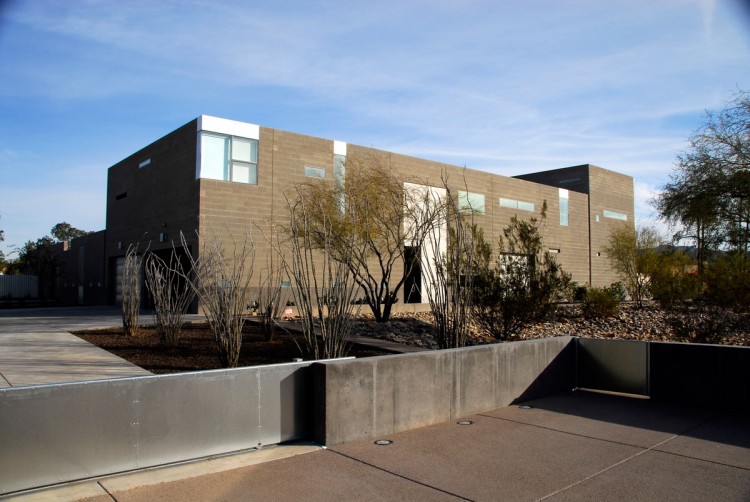 Essence of the Desert House by Amit Upadhye, principal of Au Design Studio:

“The desert could be viewed in many ways that make vivid memories in the mind, one of which that strongly makes an impression, are the boulders in the wilderness. These boulders create micro climates and ecosystems around them. They act as heat sinks and create cool shadows beneath them and around them. Life tends to thrive in the shadows of these boulders.

I think the native American’s were aware of this phenomenon. One can find many such examples in the south west where big boulders became part of the residences of the natives as well as the cliff dwellers. I am inspired by such observations that help me create meaningful and rooted architecture in the desert.

While designing the house for Mrs. & Dr. Fasolino, the image of boulders flooded my mind. The abstraction of the boulders took the shape of ‘THE WALL’ on the west side of the property that sort of became the ‘boulder wall’. This wall is 2’ thick, 20’ high and 120’ long casting all the desirable shadow on the east where the house happens. The 4 car garage attached to this wall’s south end represents another boulder mass facing west. The house is separated from the garage by two storey high chasm that runs north south as the spine of the composition.

This spine connects the main house to the detached guest house to the north. However, by doing this I was turning the back to the sun and it dawned upon me the fact, that, i could think about turning the back to the sun or conceiving architecture, was because of sun’s very own existence. So I decided to pay due respect to the sun and for the architecture happening under the sun. I made a cutout on the top of the wall that framed the sunset on the ground breaking day of the house so that the whole universe celebrated this day for my clients.

Also, some of my travel sketches from Chaco Canyon came to my mind and the inspirations that I drew from them. This cutout introduced the sky element in the wall and suddenly the house, the wall, were infinitismally and universally connected. Osho says,“you can hold the sky in your fist, provided the fist is open”. The cutout became the open fist. Along the same lines of thought, I started thinking about the special dates in the Fasolino family, like their anniversary, their birthdays etc.

Through research and with help of my ASU student, Trevor Pentecost, who specializes in astronomy, we decided to bring about this entire new dimension to the house. The house wanted to be connected to outer universe. We chose locations in their master bed room where slots in the walls received and composed sun rise and moon rise on special dates. One of the slots would track the path of venus on their anniversary day.

One could see the moon rise from behind the McDowell mountains on the full moon day from their master bed. Since the kitchen/dinette is a double height volume, I placed a hole in the ceiling and in-layed Analemma chart on the floor that tells the position of the true sun in the sky throughout the year. The kitchen cabinets rose about 14 ft in the air to become book shelves at the upper floor loft level, metaphorically like the stalagmites rising in the caverns and the light fixtures come down like the stalacmites. The outside of the house is mainly concrete masonry unit, poured in place concrete and glass. There are some interesting moments with the interlocking of the masonry and concrete walls. The entry gets a double height frosted glass with painted steel plate behind with thermally sensitive colors containing thermochromic pigments. These colors continually tend to change colors according the temperature and humidity in the air.

This entry wall feature acts a seasonal marker on the street like a chameleon that changes color to announce the arrival of the monsoons. The steam shower on the south east corner of the master bedroom tower also adds an interesting element to the entire composition on the road.

The top corner of the tower has been sculpted with 3 sided clear butt glazed glass for the steam shower like an eye of the cyclops. The eye almost disappears against the blue sky rendering the tower incomplete, however when the steam shower is being used it fills with steam and frosts the butt glazed corner to complete the geometry of the tower. The eye glows. The ethereal steam plays an important role in the making of architecture.

The site has been composed using the classical geometry of the golden section and some parallels have been drawn for the greek proportioning systems of the parthenon. There is a man made courtyard that is formed by the guest house to the west, the main house to the south and the lap pool to the east leaving an open courtyard in the center.

To the north of this composition is another courtyard formed by the landscape. Both these coutyards are connected. The trees of the landscape courtyard have been carefully chosen, such as grove of dense evergreen citrus trees to the west, that would cast shade to the east. The trees to the east are more native plants with compounded leaves like palo verdes that filter the light and do not block the mountain views to the east.

The trees to the north are sweet acacias. The sequence of blooming of all these trees if almost choronological. The citrus blooms first and fill the air with wonderful fragrance and white color, followed by the ochur yellow sweet acacias followed by the lemon yellow palo verdes. They create a live ever changing painting as an offering to the sky.”