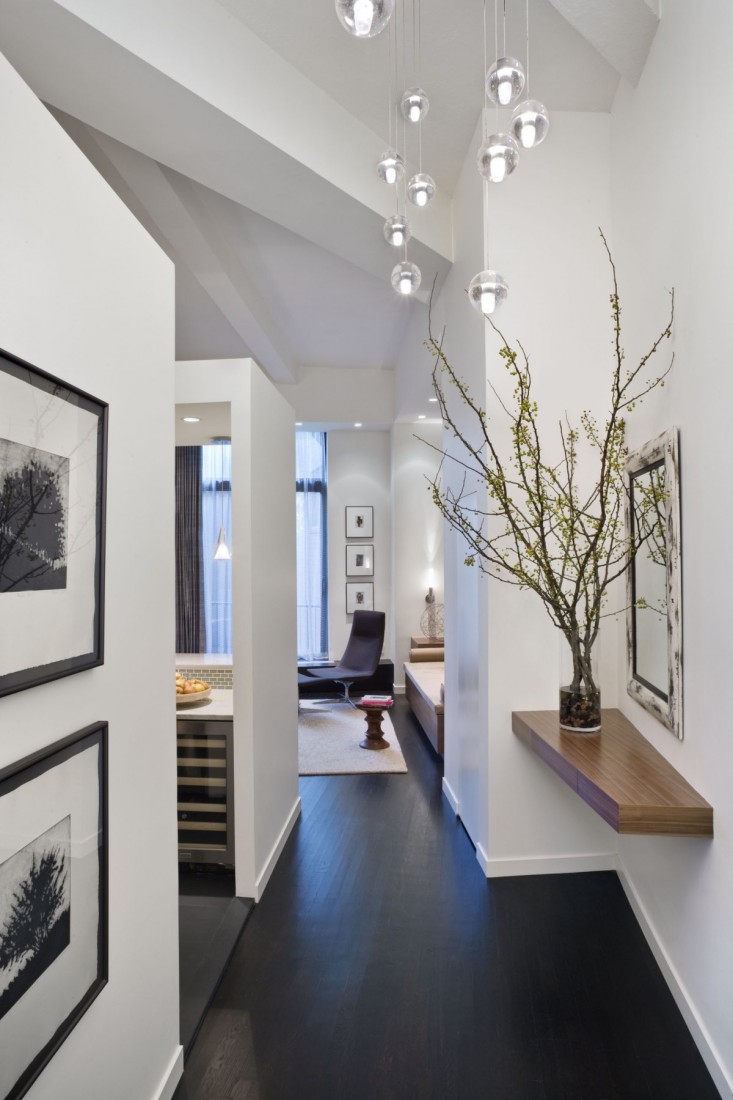 “ixdesign was commissioned to bring organized function and a warm sensibility to a 1,050 sf loft-style apartment in New York City’s West Village. Located within a structure built as a truck garage in 1931 and converted to condominiums in 1983, the apartment was plagued with an awkward geometry, limited natural light and an outdated décor.

The existing finishes and fittings were stripped away to visually organize the space and reveal its basic architectural layout. With a cleared palette space use and storage were maximized by either carving out or augmenting the irregular shapes presented by the architecture. All wall surfaces, existing and new, were limited to a neutral white finish to create a seamless integration with the ceiling structure allowing the space’s inherent sculptural quality to be enhanced.

In response to the client’s desire for an inviting, warm retreat, a natural walnut was used throughout to anchor and reinforce the unity of the space, juxtaposed against the bright architectural envelope. Plush, engaging fabrics and contemporary lighting infuse a dash of luxury while classic modern furniture pieces provide functionality and a simple sophistication.”