Stefan Lazar and Alexandra Avram from Ezzo has turned an attic space into a near 2,700 square foot two-level office for the Romanian design studio X3. 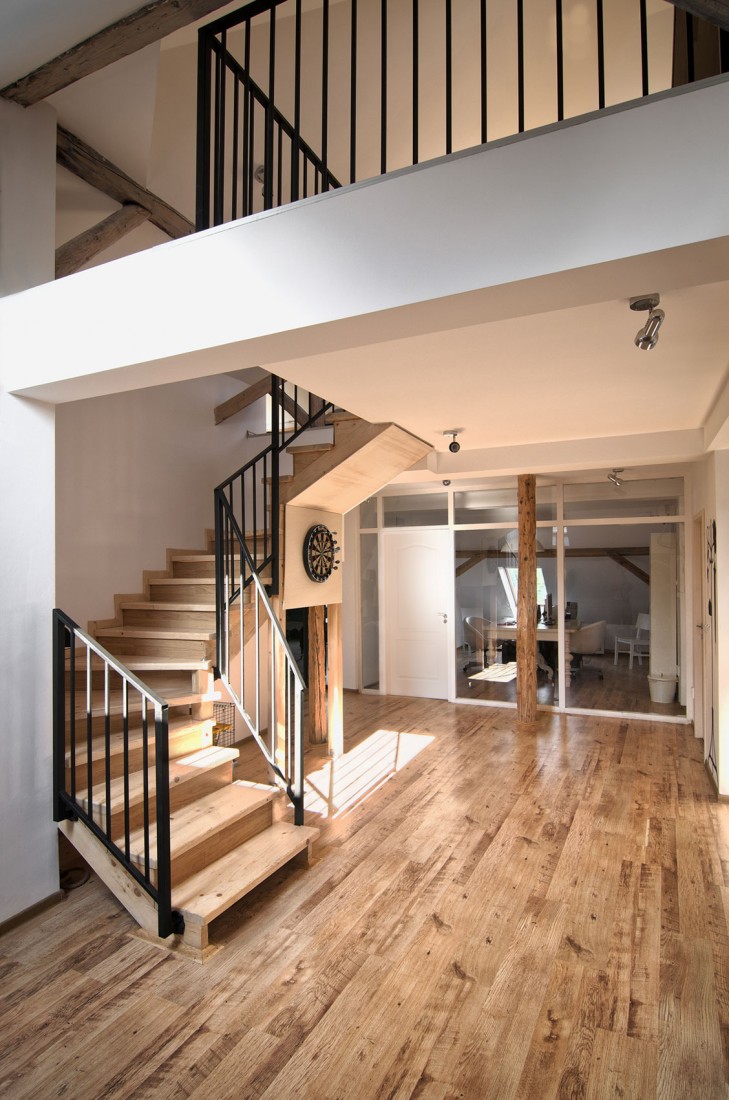 “The X3 Studio – an attic like an “easel with its canvas prepared” (Stefan Lazar quote).

Right from the very first step in this studio of creativity, you are guided by the message of the stairs and once you feel it, you are surprised by the emotion of discovering what’s behind the first door.  There’s a familiar air, framed in wood and old objects, the season of lamps and parades, awarded by the cubic cobble, then as a childhood excuse: the bicycle – under a different dimension, the one of handrail and the performance of a hanger, all so that you can afterwards bend yourself to a natural distort of reality, with raids in movie stories, imagination and characters descended from a parallel entity (Darth Vader conjugated in the female eternal). All these are framed in a picture of creativity and introspection, that is to say the ethos of X3.

The space is expanded on 2 levels – the open-office, the space designed for creativity, framed by the Black Office and The White Office, and the upper one, intended for relaxation, communication and meetings, where the big windows aligned to the sky, allow the light to fall in tides.

Hence, the studio can be summed up as an outline image of the perception, feeling and the carefulness of a designer who has reached his word by simply reaching answers on the emotional level: “It’s not where you take things from – it’s where you take them to” (Jim Jarmusch).”

Office and Showroom by Sergey Makhno