Dhaka-based studio Shatotto Architects has sent us photos of the SA Residence project.

Completed in 2010, this contemporary home is located in Dhaka, Bangladesh. 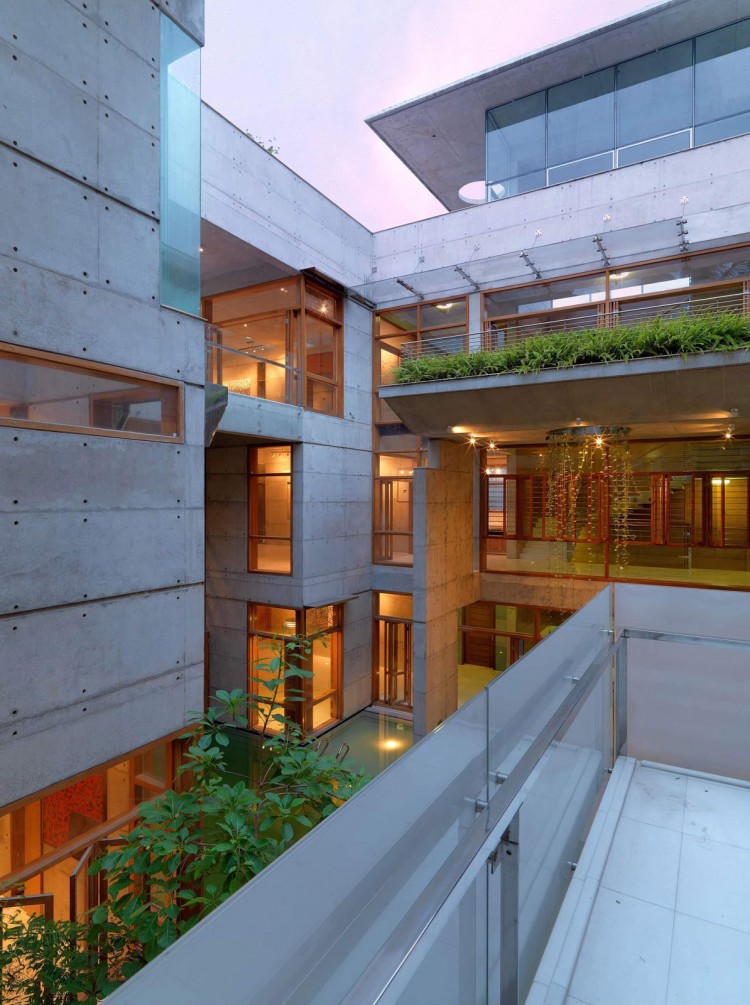 1. Inspiration
Water, the most precious, abundant and life subtly woven with it, makes Bangladesh a country of toil and poetry.

Bangladesh the largest delta on earth has 52 rivers that carry water from the Himalayas in an intricate pattern to the Bay of Bengal. During Monsoon these rivers inundate two third of the country’s land depicting water the major element of the country scape. When the water recedes, it leaves a fine layer of fertile alluvial soil and the entire landscape is transformed into large patches of paddy fields dancing with winds.

As Lalon, a spiritual folk singer, Sufi and philosopher of this land, says in eighteenth century, “if there is not one thing inside the body then it is not outside the body either”. Just like human body, there is a body of architecture. Human body has two parts, shell and thinking as soul. Architecture has similar, shell and Mother Nature as soul. Shell and soul are interdependent yet independent. They belong to each other and they belong to themselves. A good soul needs a good shell.
In this project the shell is outcome of a pure square made of ‘concrete’ transformed from celestial form “sphere” grounded.

2. Reality
The site is surrounded by multi storied buildings as onlookers. Considering the socio-economic condition of Dhaka, a very simple architectural vocabulary has been adopted through a subtle intervention with form, material and vegetation. The traditional spaces like court yard, pond, ghat (steps to the water), green both from urban and rural typology merged, transformed into one in this urban context.

In the current trend of real estate development, this residence has been a challenge particularly placing a water court as swimming pond in the middle of the house, a surely difficult task to ensure privacy. As a result, an introverted design has been adopted.

The south and the southeast have been designed to bring in cool breeze during the hot humid summer and the warmth of the sun during winter. The center “water court” acts as a natural exhaust, which flows out the hot air and makes the middle court a solace.

3. Dream
A small “dingi” boat waiting by the “ghat”, patch green and light with its silence, the space becomes a natural habitat within a manmade dwelling and the layers of understanding to unfold nothingness.

When light caresses the wall, or the water touches the land, or the land pats the green, or the green cuddles the breeze or the breeze ushers. It’s all about touching and feeling soul. The destiny is ‘nothingness’ where soul and shell cohabit and purify themselves. Let the soul come inside the home and let go off it. And let it be and let it be…” 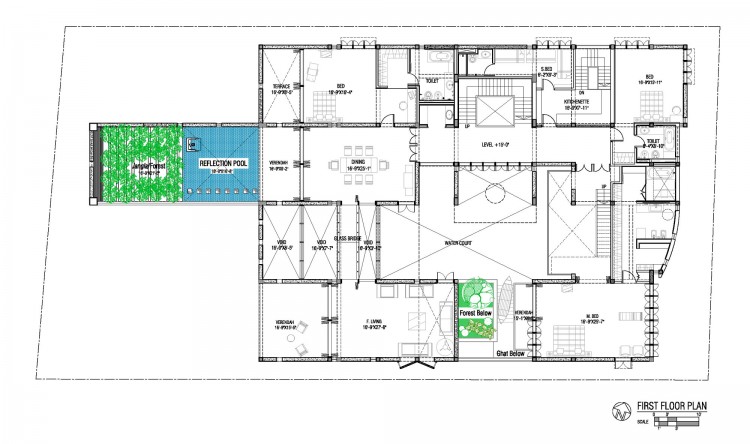 To Catch A Breeze by HYLA Architects

House near Moscow by Olga Freiman