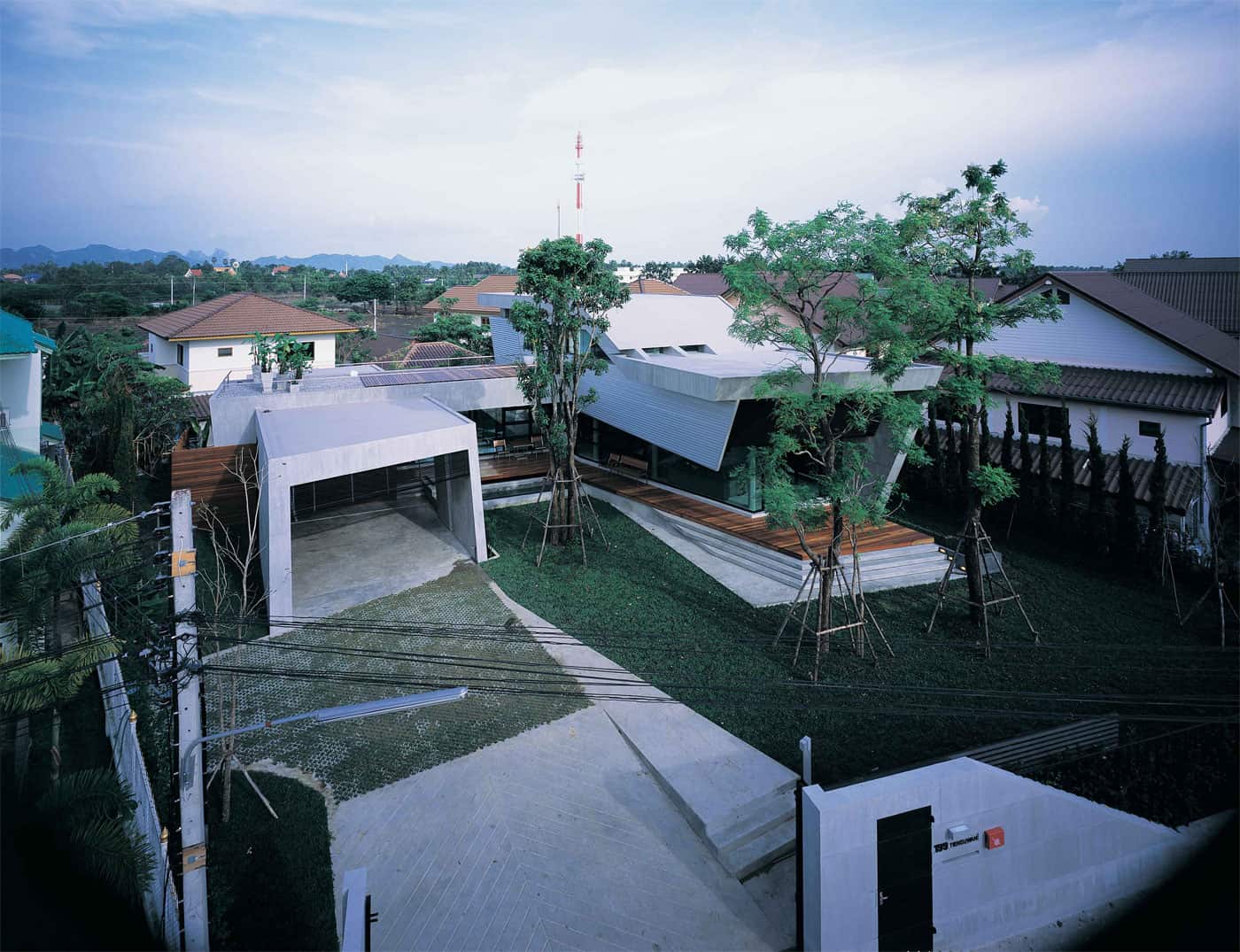 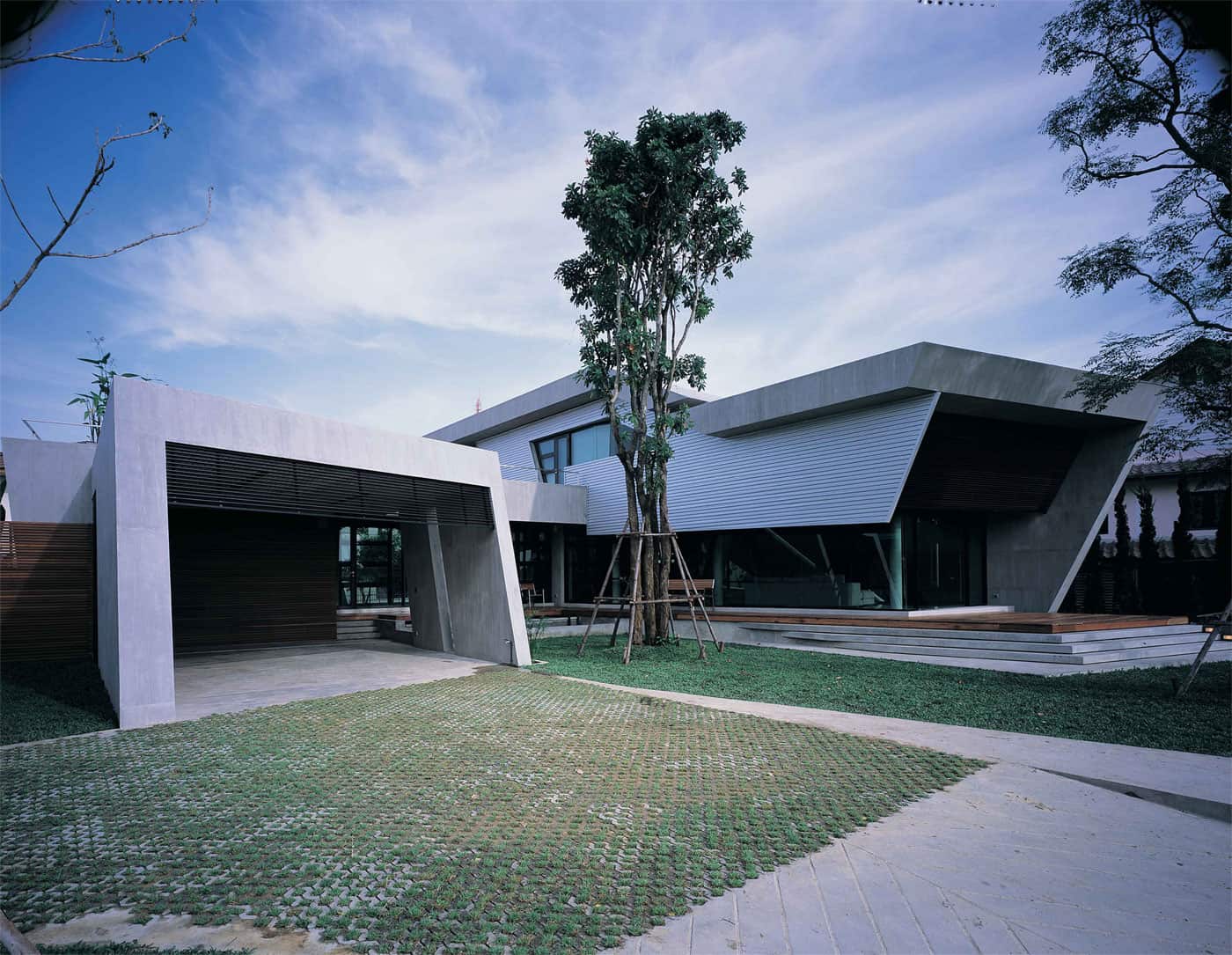 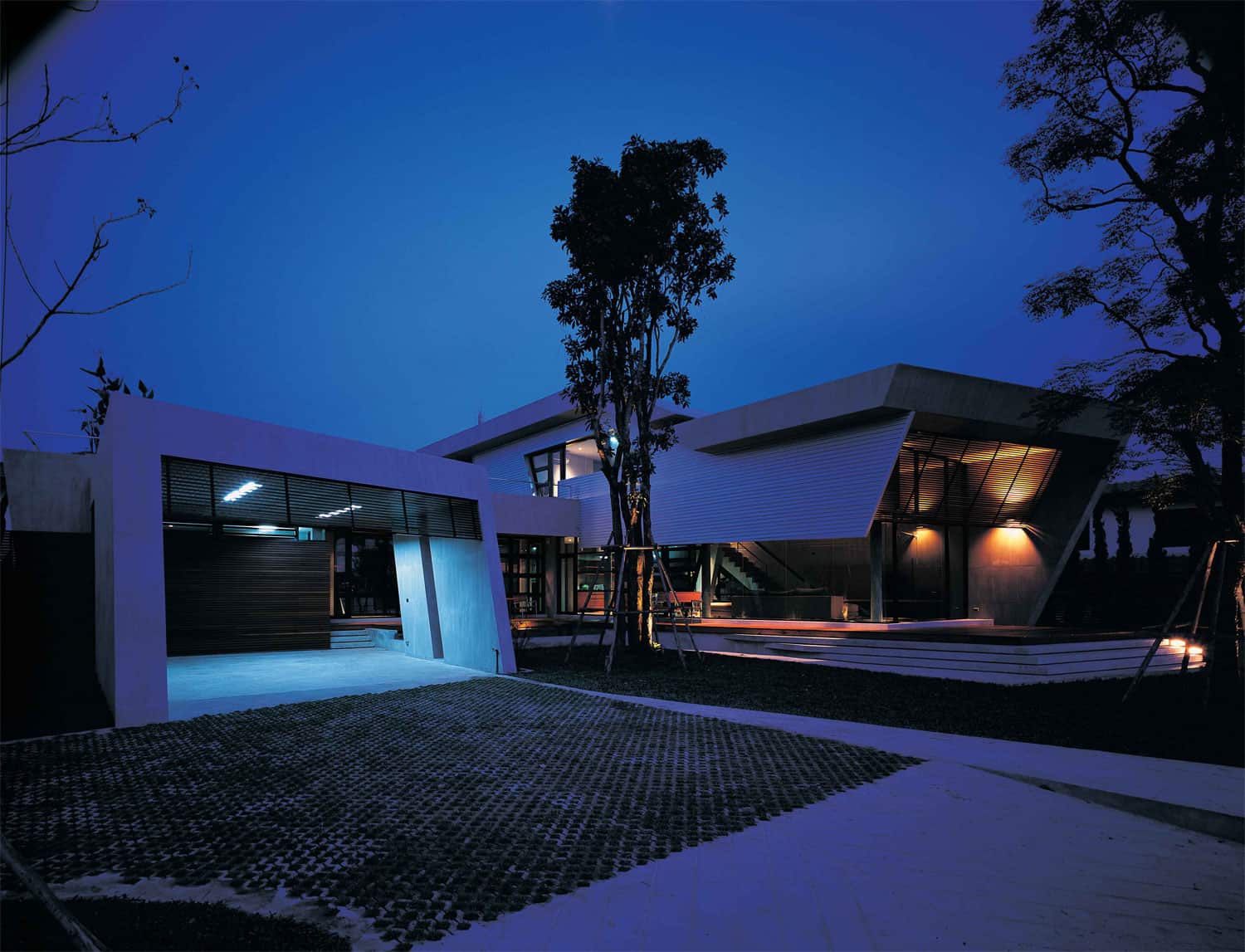 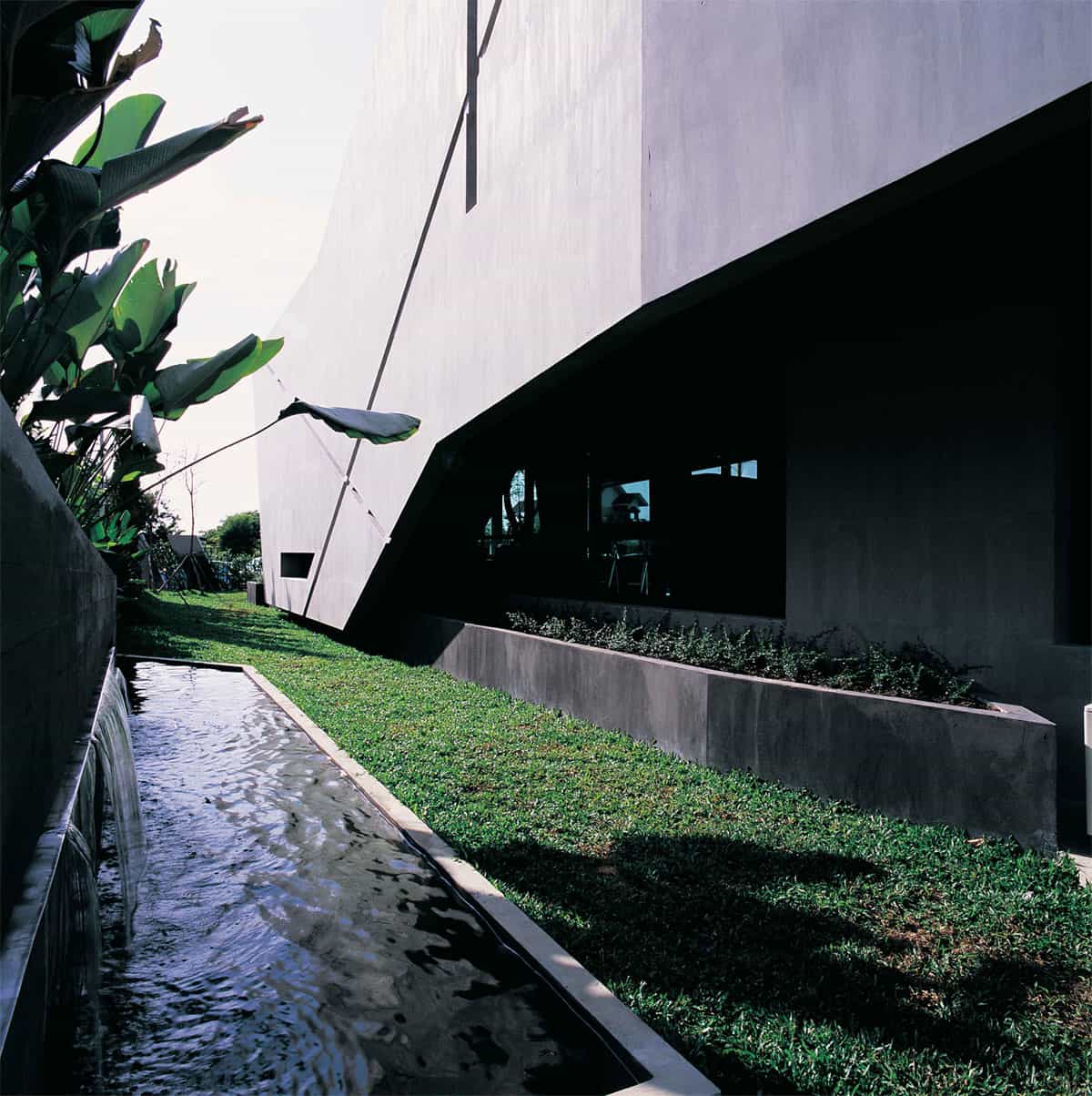 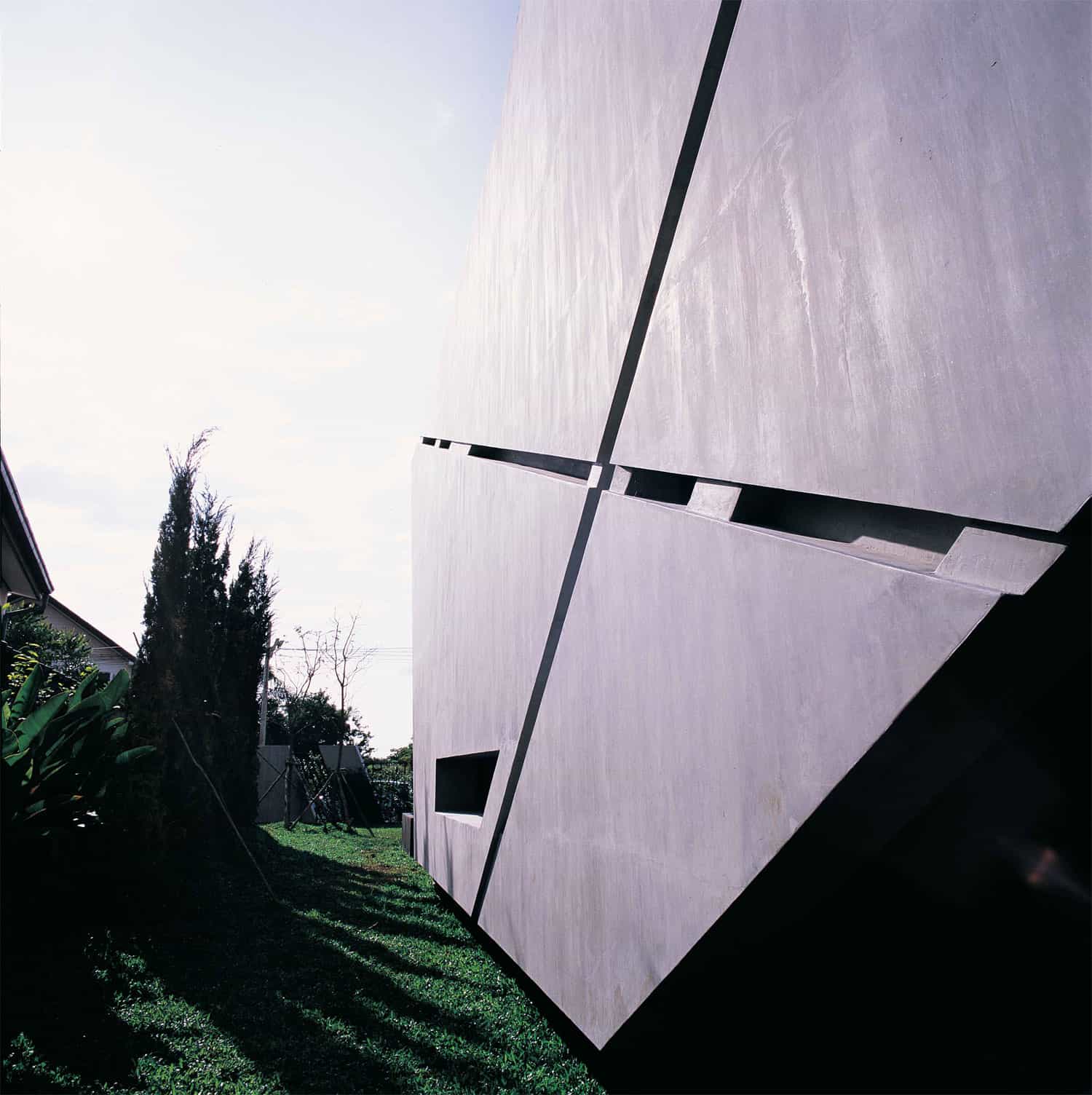 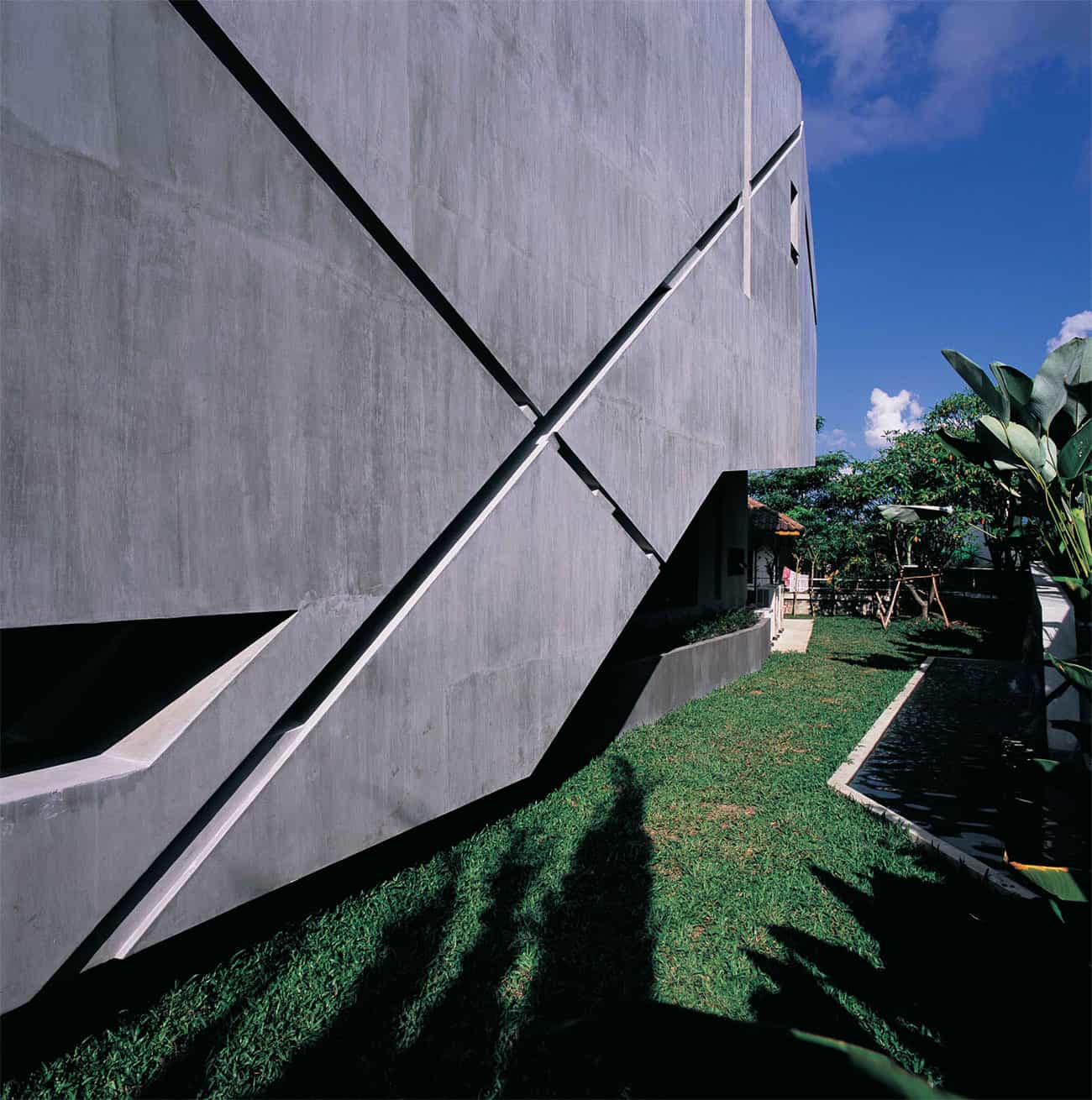 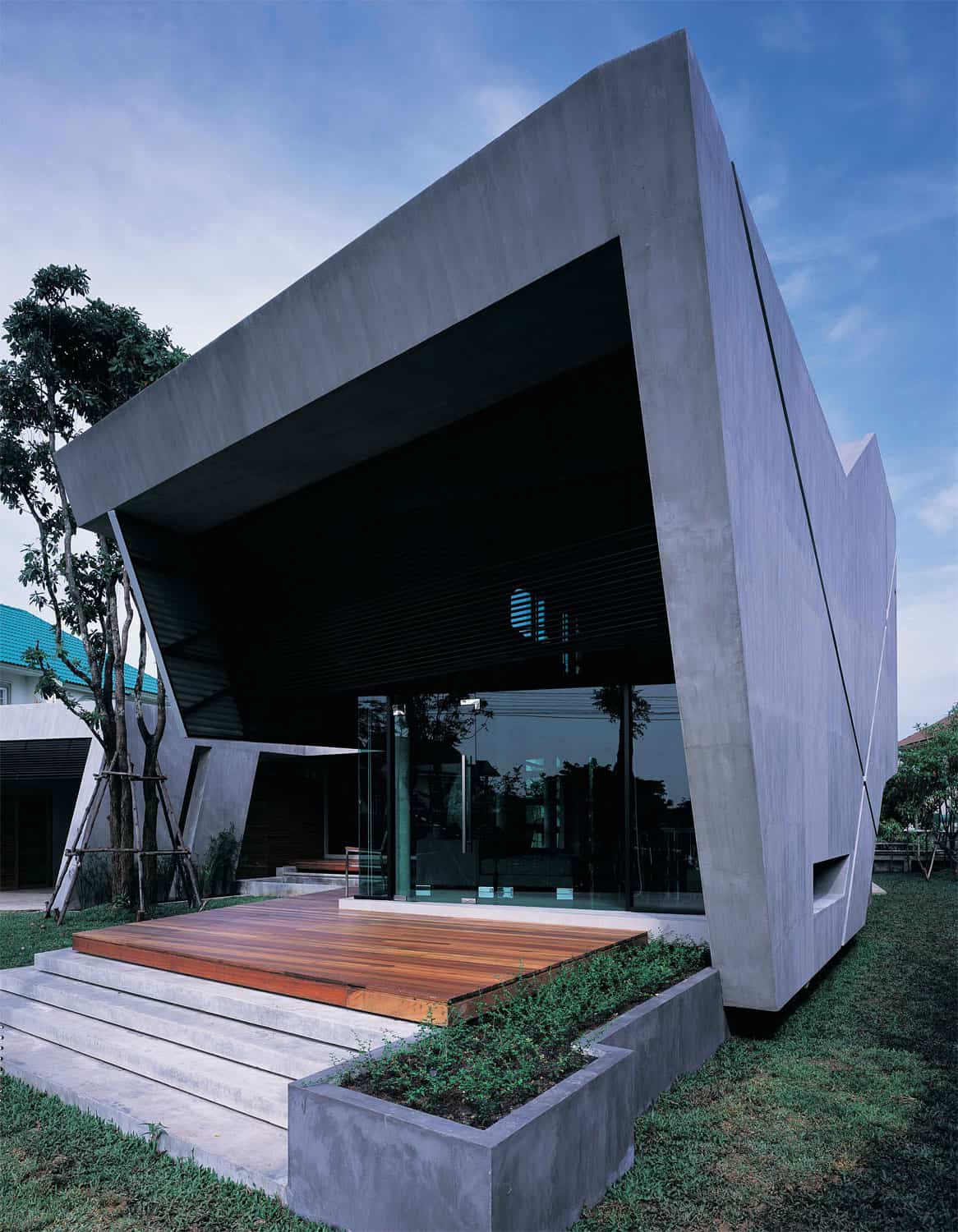 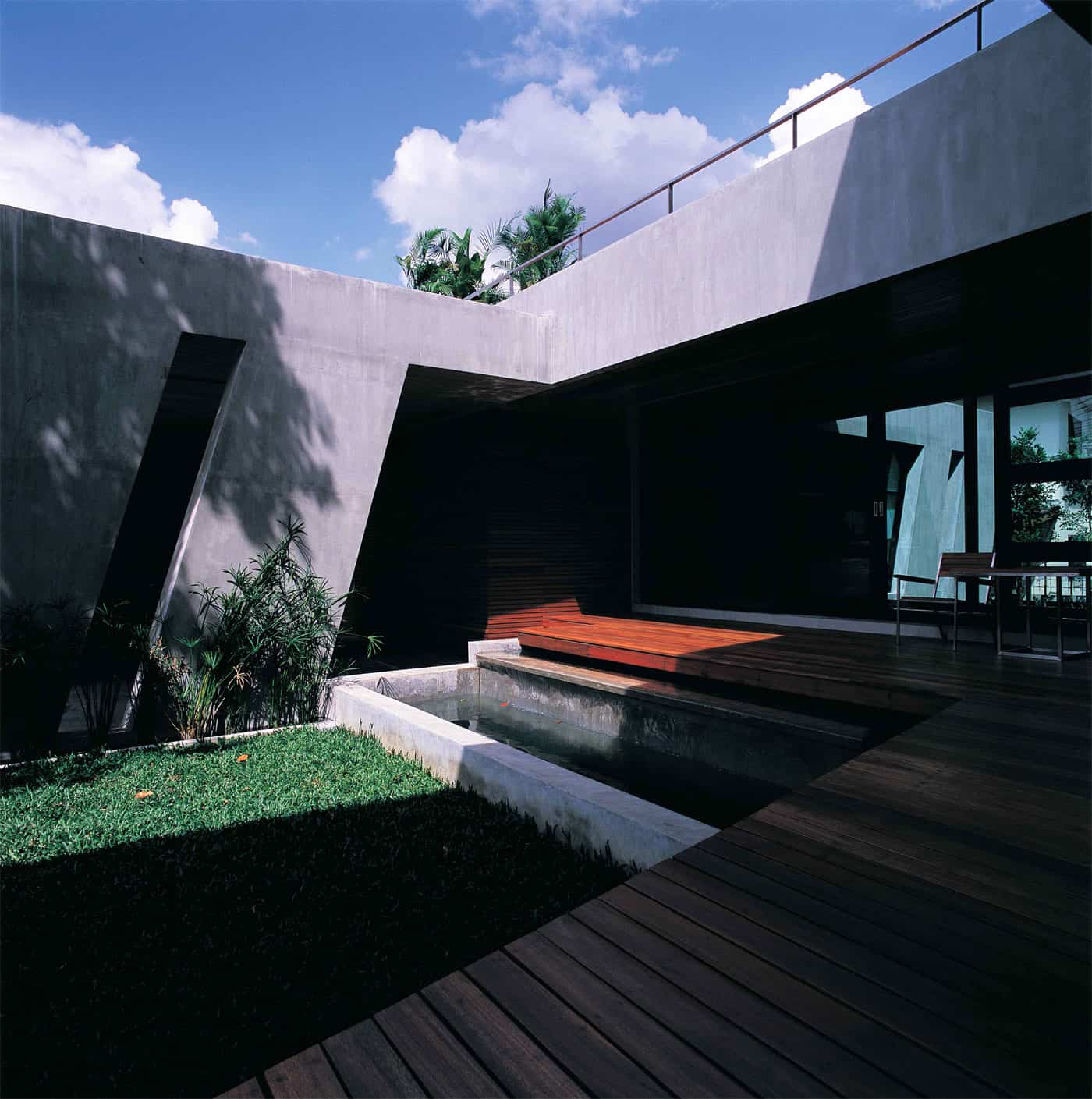 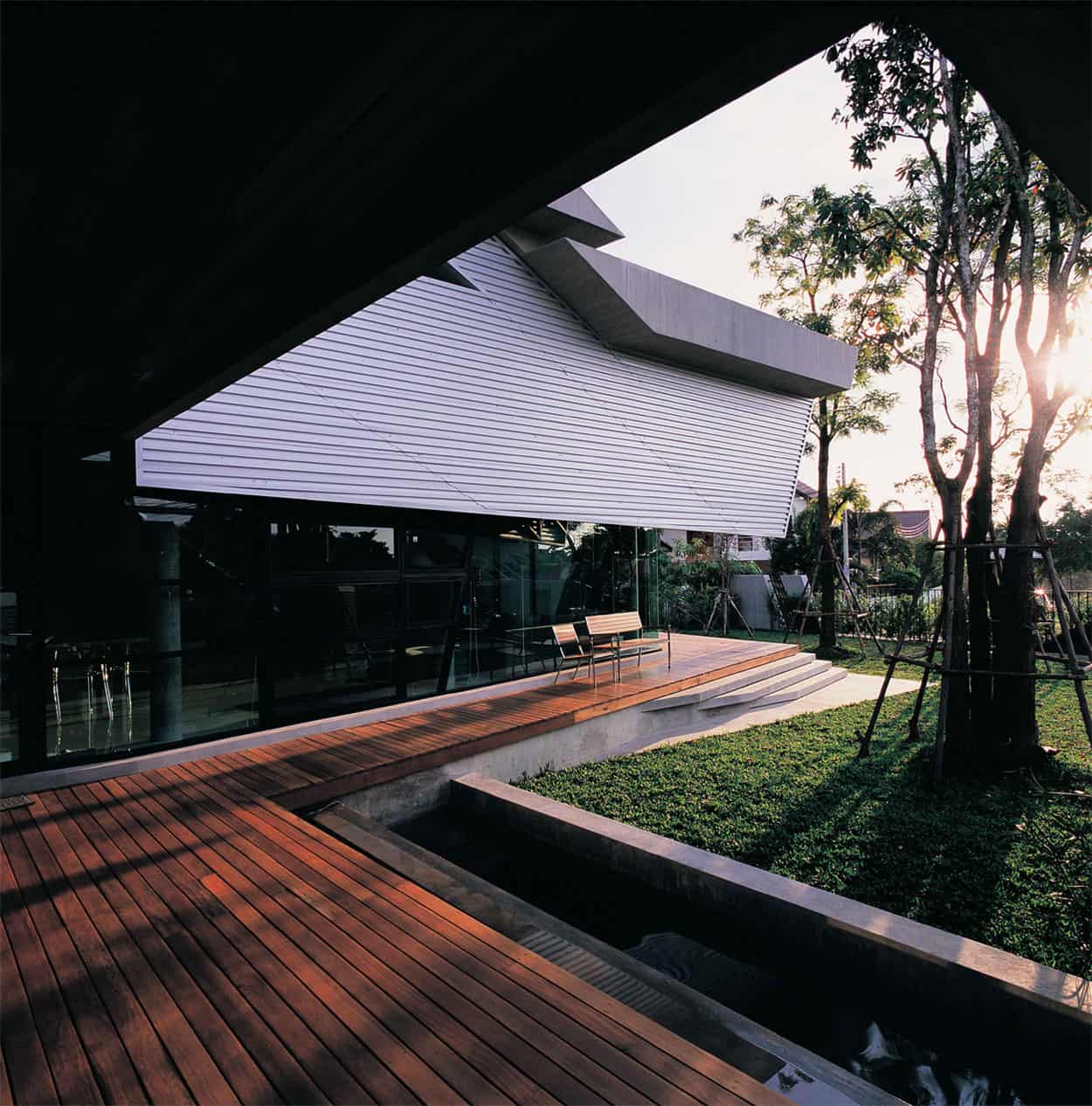 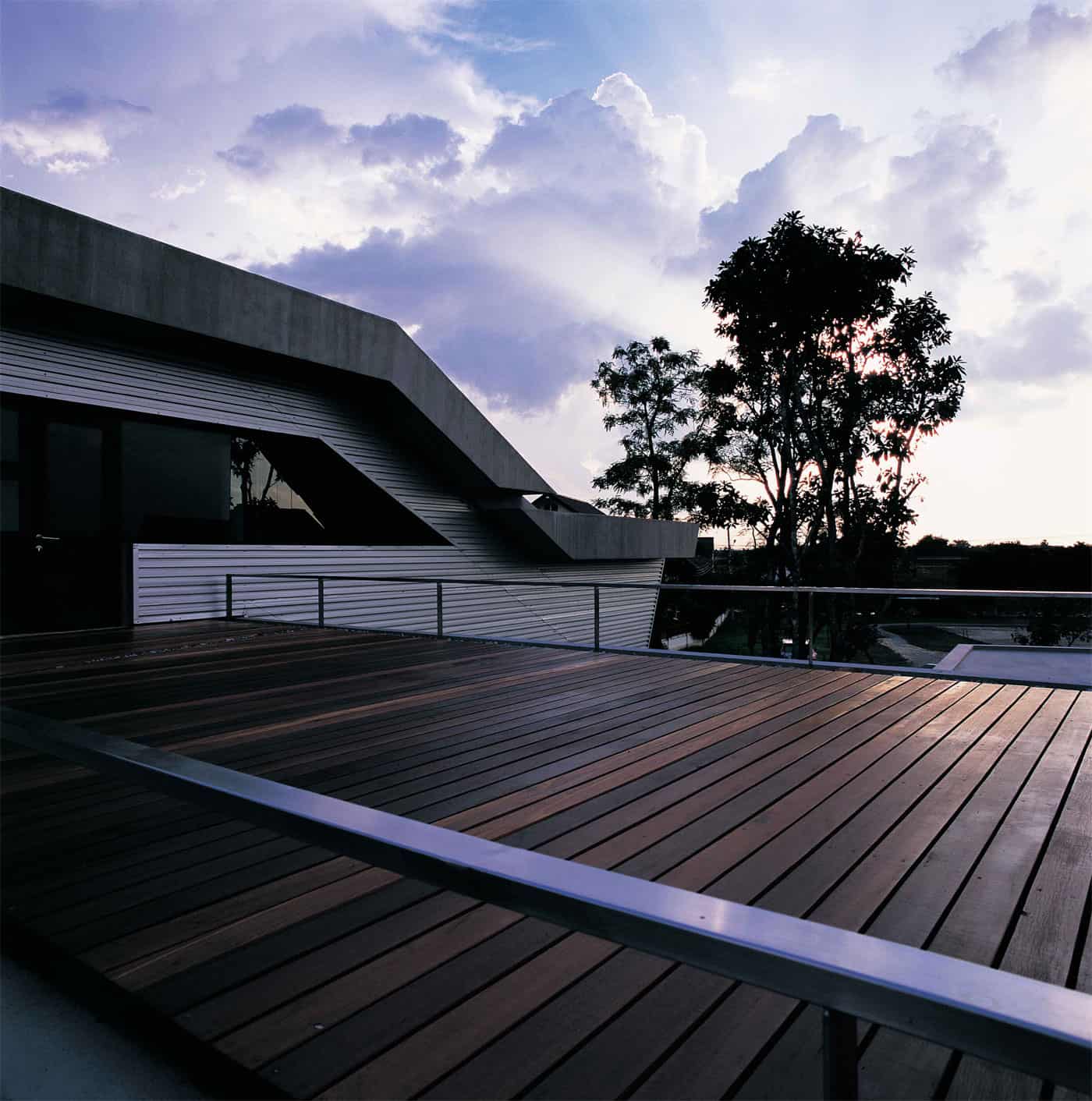 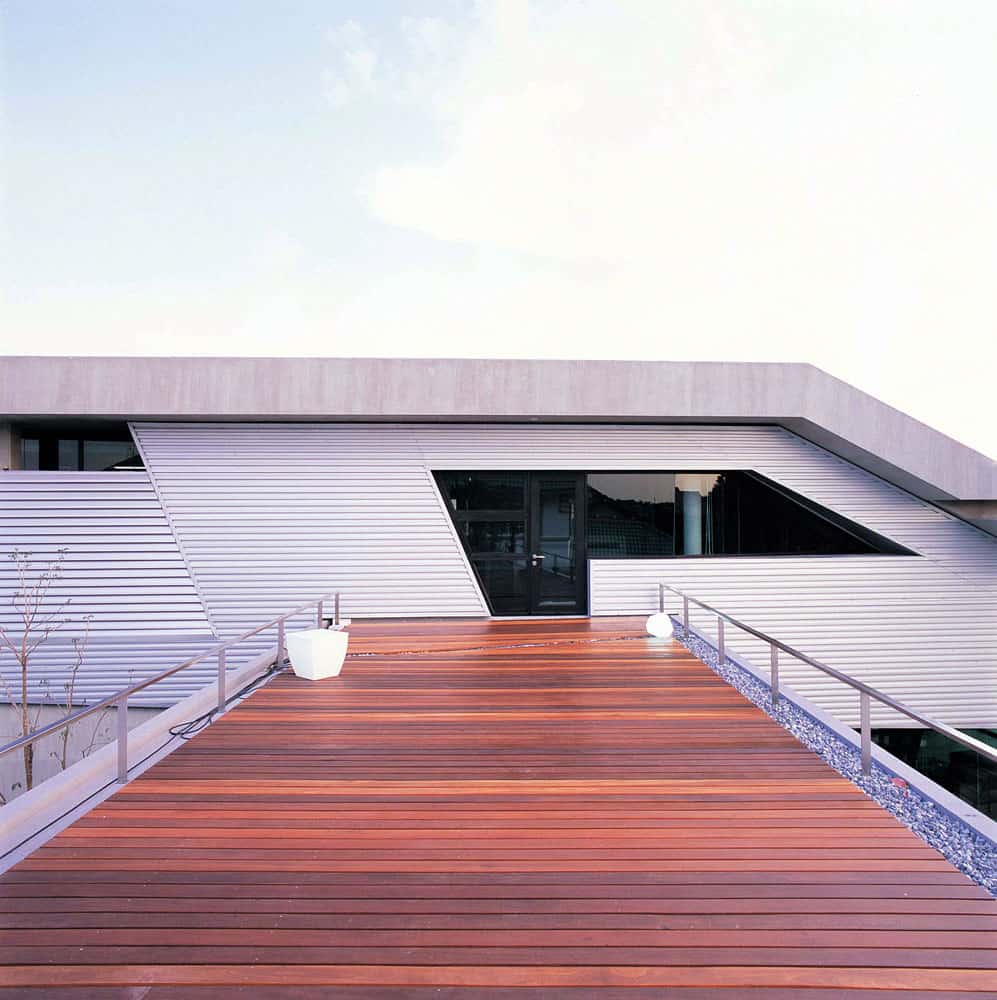 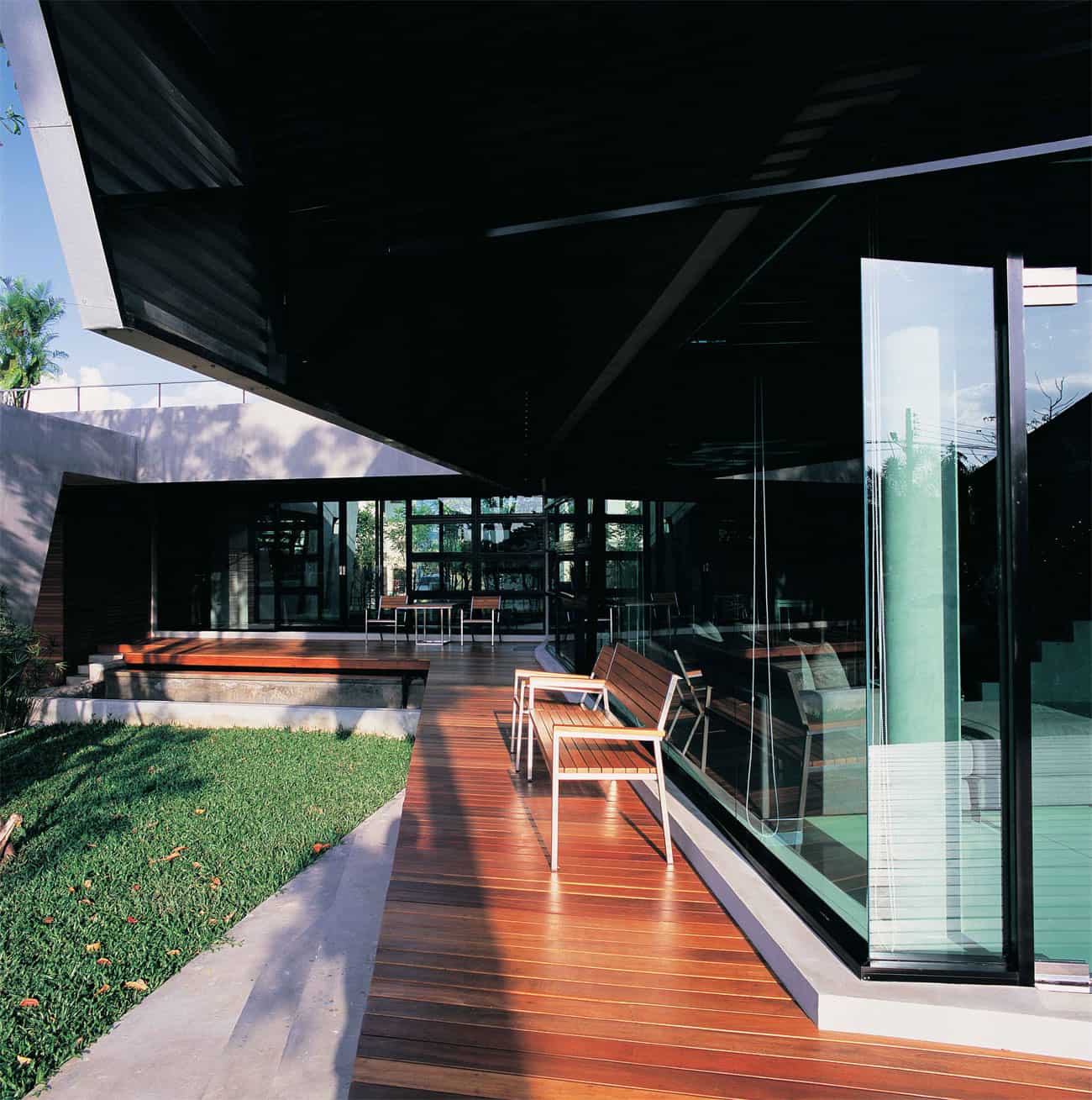 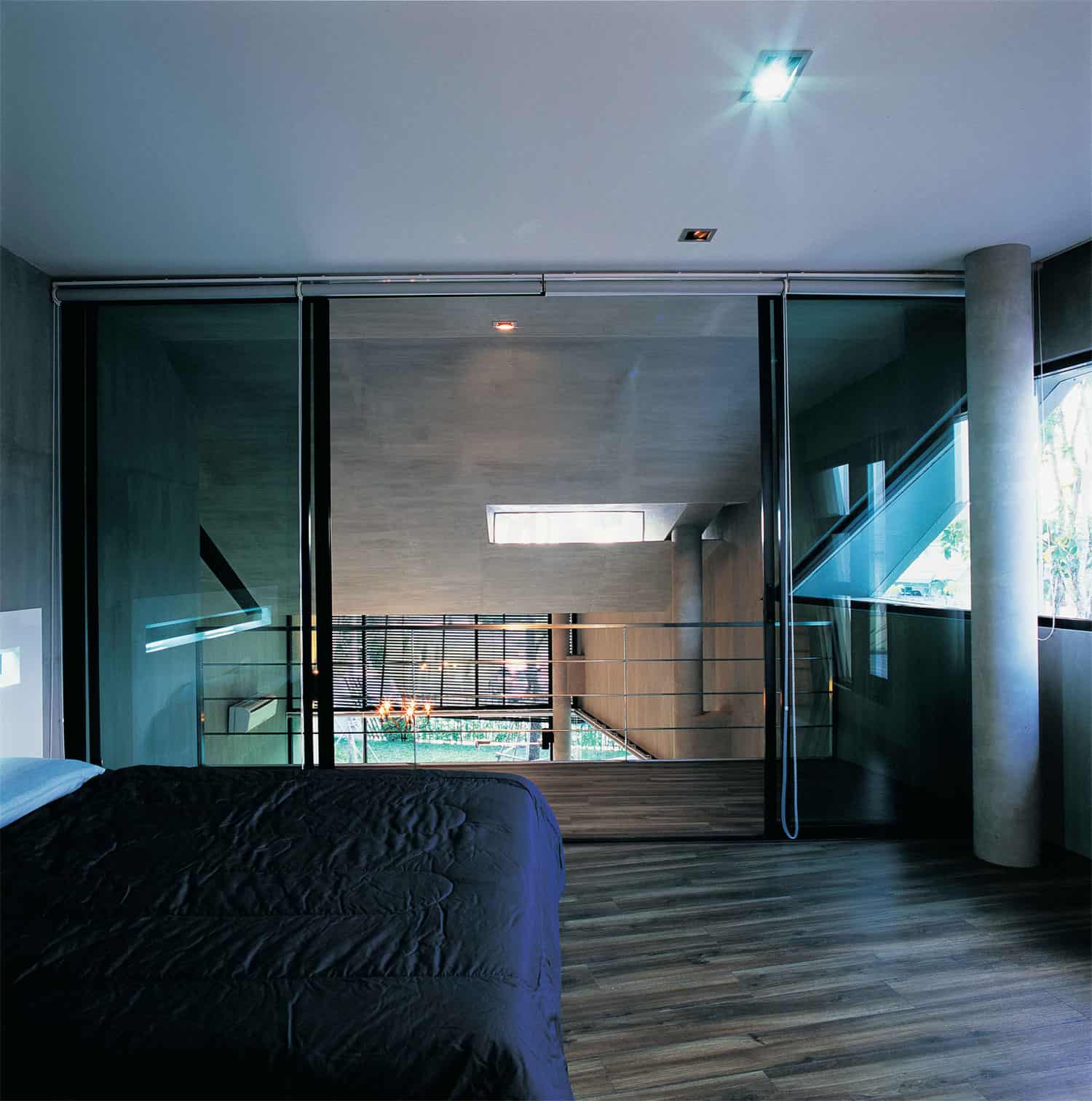 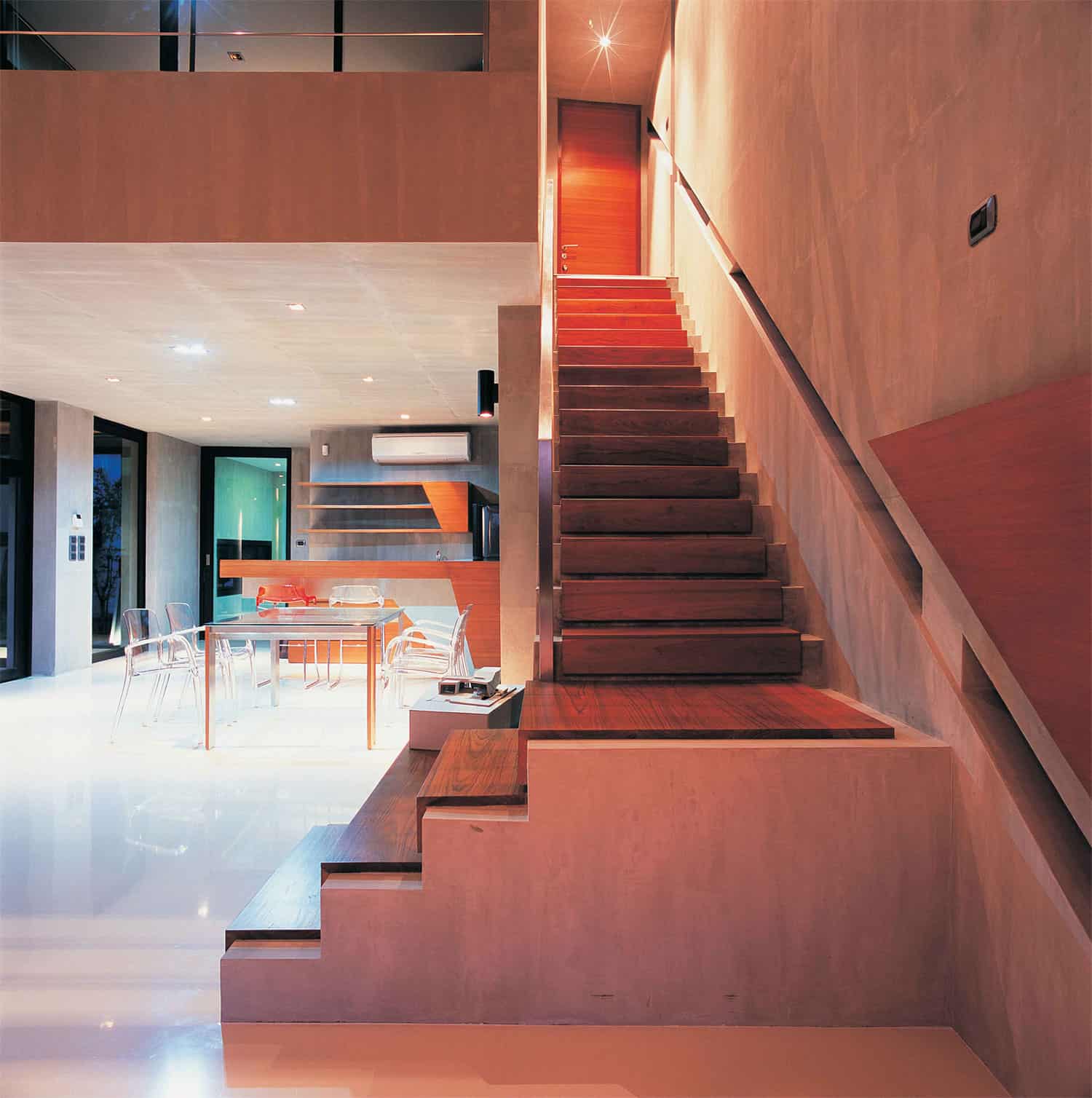 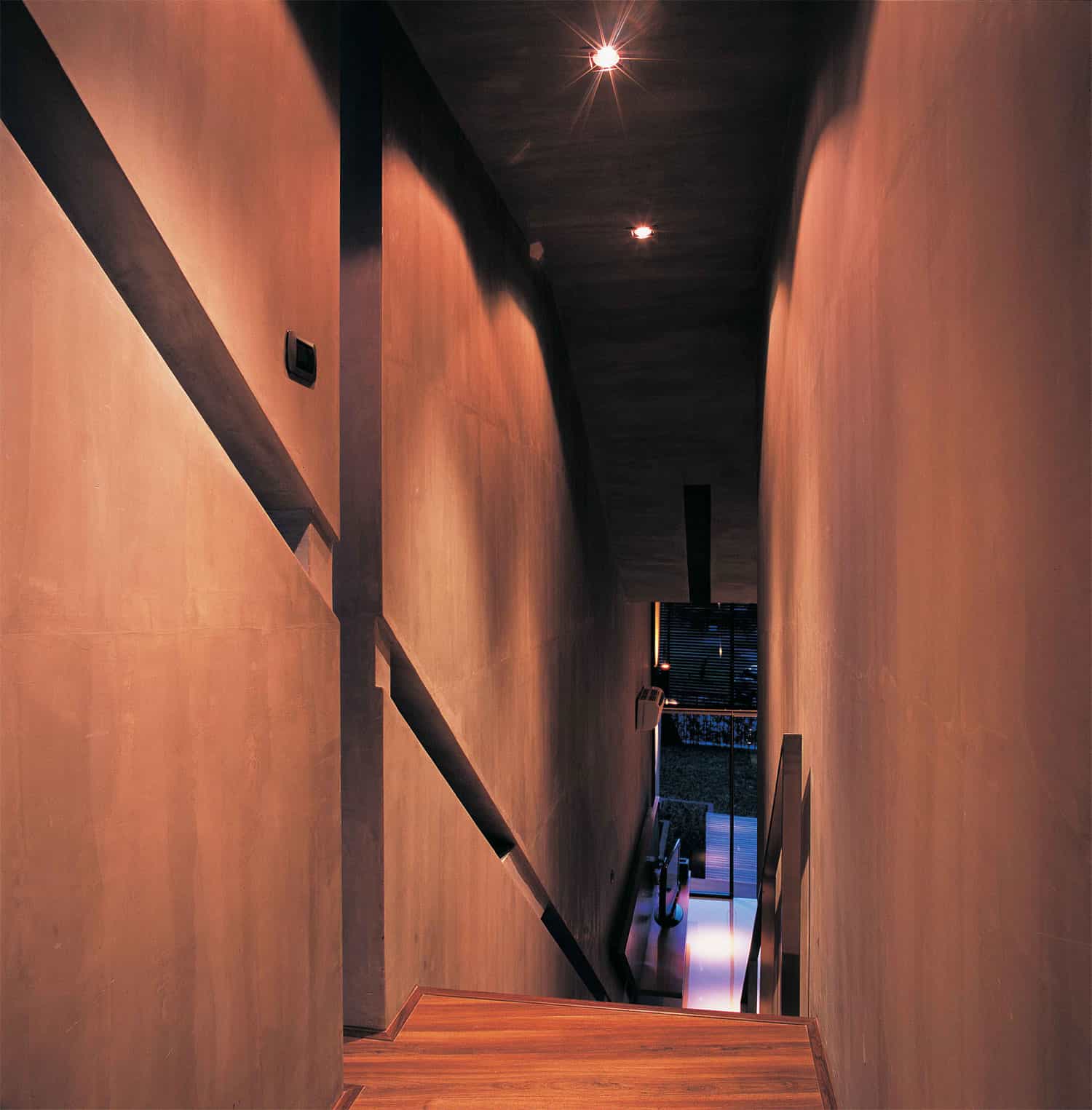 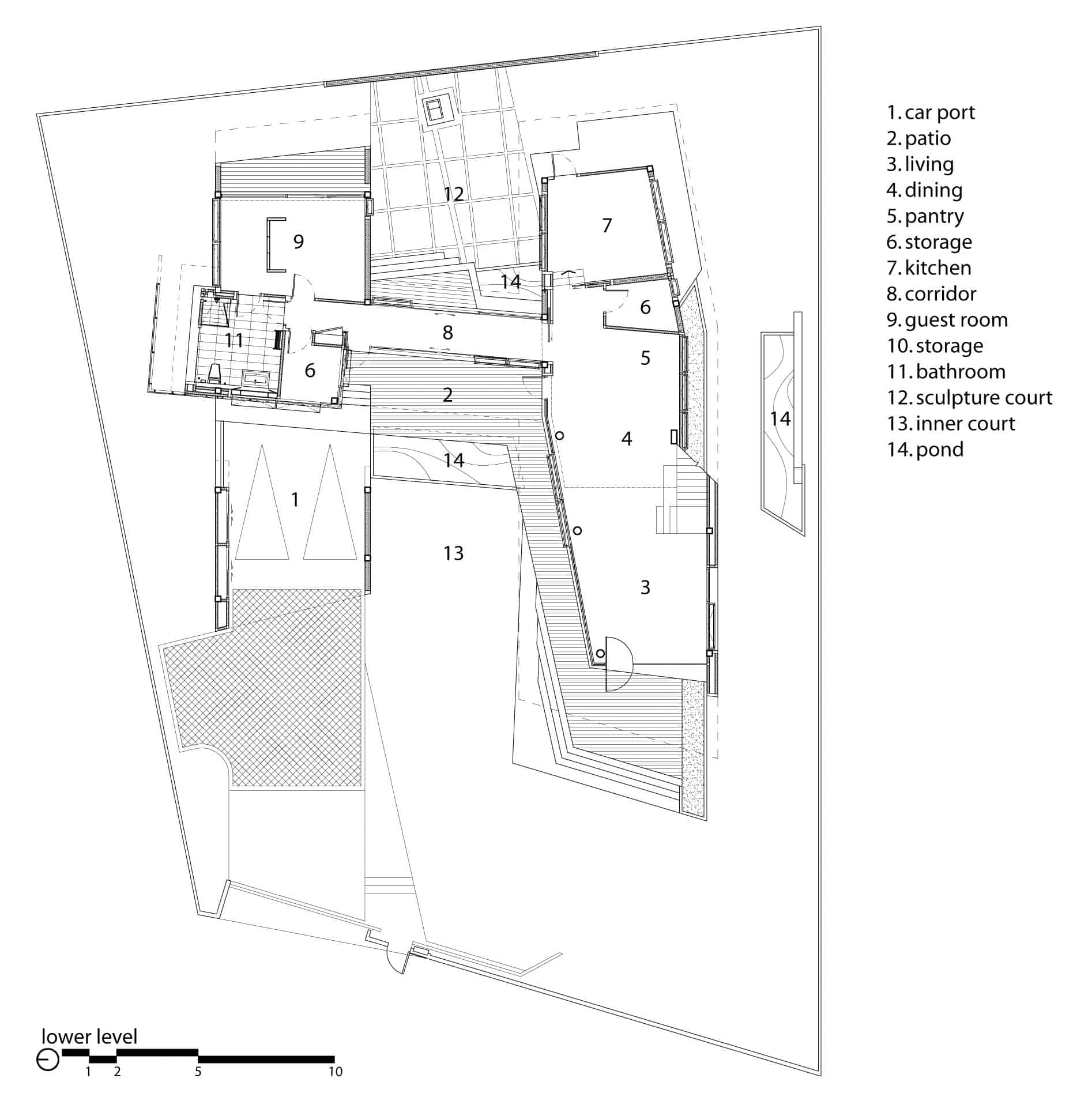 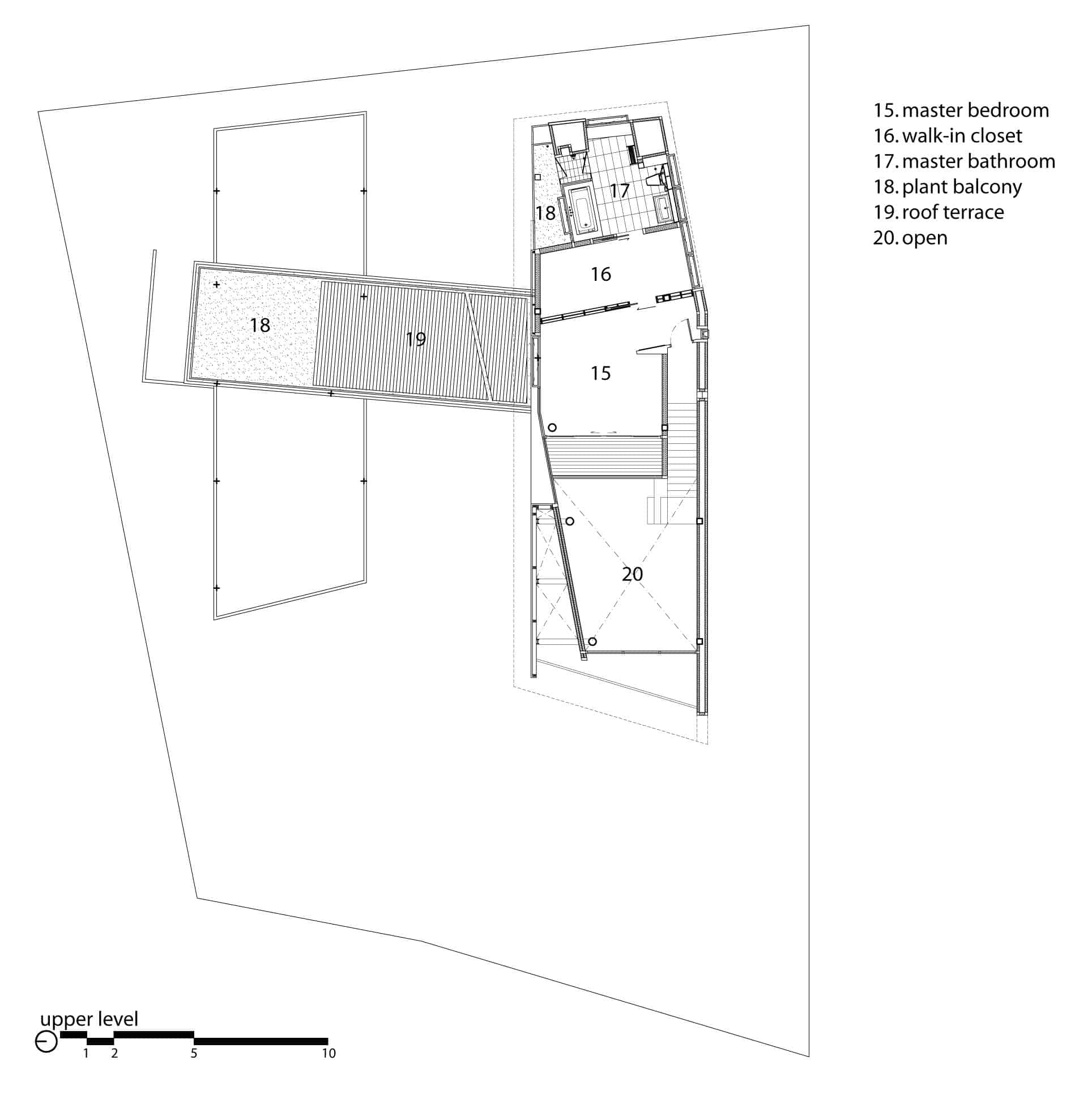 Completed in 2009, this 3,550 square foot two story residence is located in Lopburi, the capital city of Lopburi Province in Thailand. 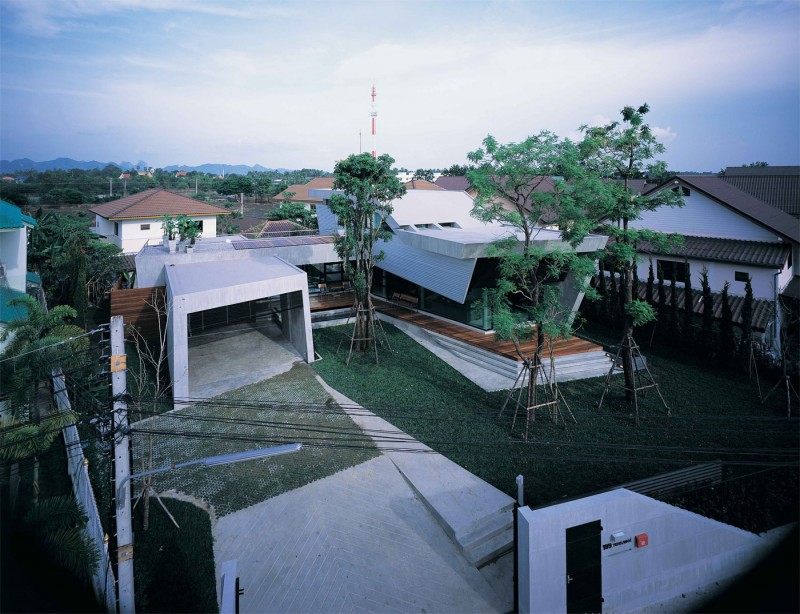 The house is located in A. Muang, Lopburi. The province is well known for the biggest Thai military camp in which a numbers of Lopburi-based households are related to military members.

One of Lopburi’s landmark architecture is Pasak Cholasit Dam, the biggest reservoir in Central Thailand, a major source of water for household, agriculture and industrial use in Lop Buri and Saraburi Provinces. The fact that the house owner and the architects both like concrete, the dam’s profound structure and exposed concrete appearance influence the house owner and the architects to select cast-in-place concrete to be the house’s shell.

Siriwan Tiensuwan, the house owner asks the architects to design a 250 sqm. house that has two contradicted characters; hidden + secured and visible + opened. The site is surrounded by its neighbored houses, only the front (west) side that opens to roadway, green area and a canal. Its site context recalls the architects of bunker architecture built during World War II and “Bunker Archeology”, Princeton Architectural Press, a book by Paul Virilio, urban planner, theorist, and philosopher. The architects are inspired by this elaborate defense system abandoned along the coast of France but yet charming and sophisticated.

Its hidden and placid presence marked with the ability of watching out on guard, thus become the house’s metaphorical concept. The clients’ fondness of exposed concrete also strengthens their lifestyle of privacy, security, and strong protection. The asymmetrical ‘ H ’ shape floor plan creates two inner courts useable as outdoor living in morning and afternoon. These two courts separated by the corridor that links the main living space and guest room. More evidence of bunker design is seen in detail design at the slot opening of the master bedroom’s inner balcony that can be looked through the outside green, canal, and highway accordingly.”

Apartment in Dusseldorf by Ando Studio