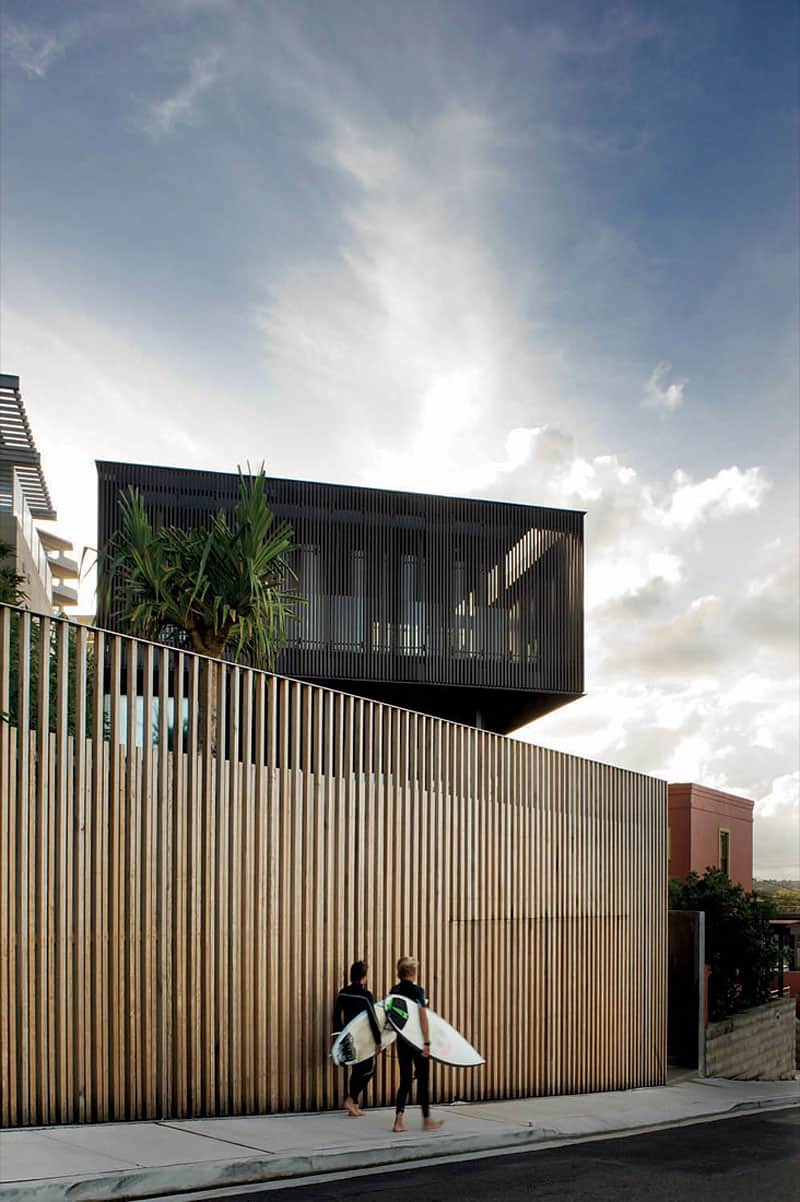 “The Freshwater House developed the idea of the operable façade to mediate between the requirements for privacy and shading on a relatively public site adjacent to the beach.

The resulting building is made up of three distinct parts; a podium base, a garden/ living space, and a bedroom volume clad with operable screens; each designed with unique spatial and material qualities.

The basement podium level is introverted and enclosed, concealing a deeply recessed entry vestibule and garage within the natural topography of the site. The podium is clad with vertical weathered timber battens, which wrap around the entire level and extend to the ground floor, to form a balustrade at the periphery of the site. The timber battens of the balustrade are angled on each façade to allow direct views to the beach below.

The living level on top of the podium is open and expansive, in contrast to the contained basement foyer below. Sandwiched between the upper and lower volumes, the living space is almost without definition. This level is conceived as one fluid horizontal landscaped space, taking in the whole area of the site and connected visually to the landscaped areas below and above the site.

The top bedroom level floats above the landscaped living level and is veiled with custom- made external bi-folding shutters anodised dark bronze. The shutters are constructed of vertical battens to maintain views to the beach below. The shutters provide privacy, enclosure and dappled light to this level. The detailing of the shutters is purposefully simple such that the building reads as an abstract sculptural form in the landscape when viewed from the beach. When the shutters are open the appearance of the building, and the experience of the interior, transforms. The client’s occupation of the dwelling registers in the operable facade of the building.”