This residence is located in Madesimo, a popular place for winter sports in the Italian region Lombardy.

Once a barn and stable, the existing building was heavily transformed by the architects and is now a modern one bedroom, one bath home. 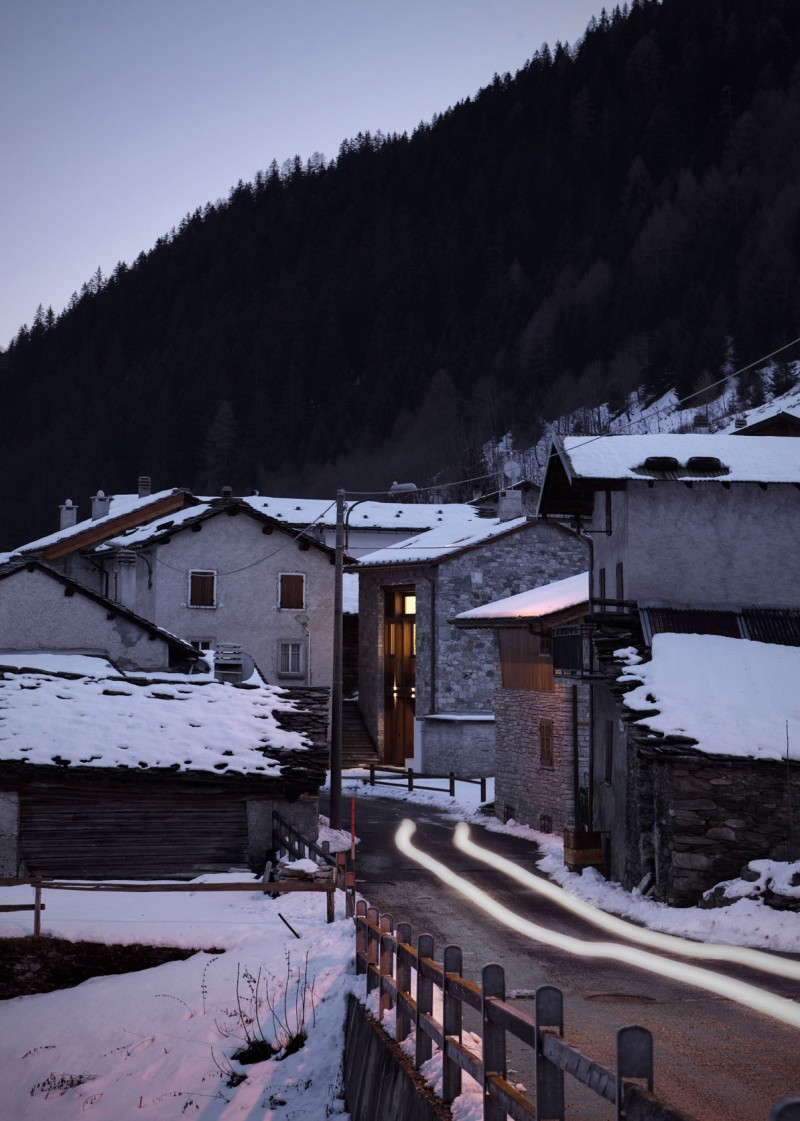 “The project plans the reconstruction of an existing building, respecting the same profile.

The old building was distributed on two levels with different function, stable at ground floor and barn at first floor. On the outside the existing building is characterized by two overlapping doors on east elevation, a great entrance on south elevation, a little independent volume still on south.

The intention of new building project is to improve itself in relation of its context and to enhance some existing elements in the architectural composition. The new volume, based on traditional forms, doesn’t distort the context relations and proportions. It’s obtain a building strongly connected to the context that revise some important elements of the old building. The double overlapping doors becomes the great wood and glass façade on east elevation.

Due to impossibility to freely reinterpretate form and volume, the project use the existing “ingredients”. The great rectangle, useful to rural practice in the past, in the present it contains the windows and become the main character of the new house. Even more it’s proposed again the same entrance hierarchy and level distribution.

Main purpose of this project is to build a new house that, respecting the context, proposes a traditional volume using existing marks to compose a contemporary architecture.”

One Comment to Casa Up by Es Arch – Enrico Scaramellini Architetto