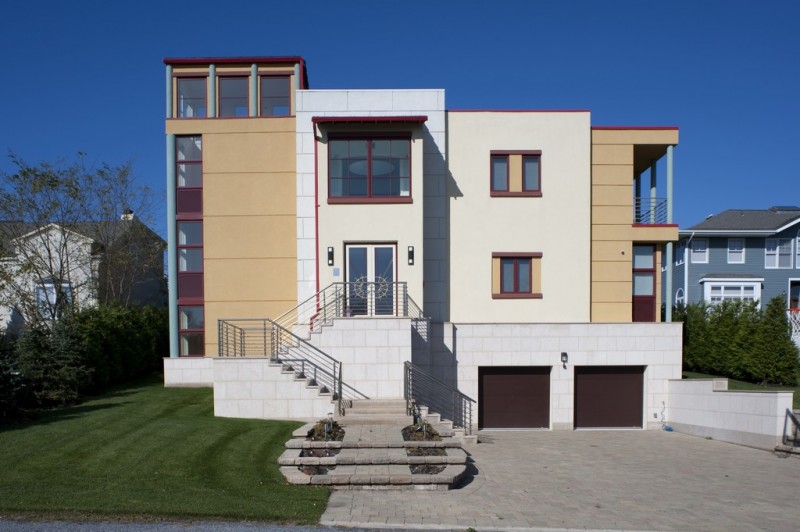 “The house reflects the Mediterranean origins of its owners. The characteristic types of the “atrium”, the “basilica”, the “tower”, the “cupola” are re-interpreted to fit into the Northeastern landscape and climate.

The house is broken in several different volumes, each one expressing its programmatic function but also, its location in relation to the site and to the whole.

The volumes that host a more public function obtain an “urban” character, while the family rooms acquire a more “rural” architectural vocabulary.

The living spaces are developing around a main central axis that visually connects the public street to the private beach.

At the intersection of the main axis with the secondary perpendicular ones, vertical connections are being developed: physical connections (stair hall) but also visual (skylights).”