Spanish interior designer Susanna Cots has designed this interior project in Sant Andreu de Llavaneres, a small coastal town north of Barcelona, Spain, with the sea as the main element. 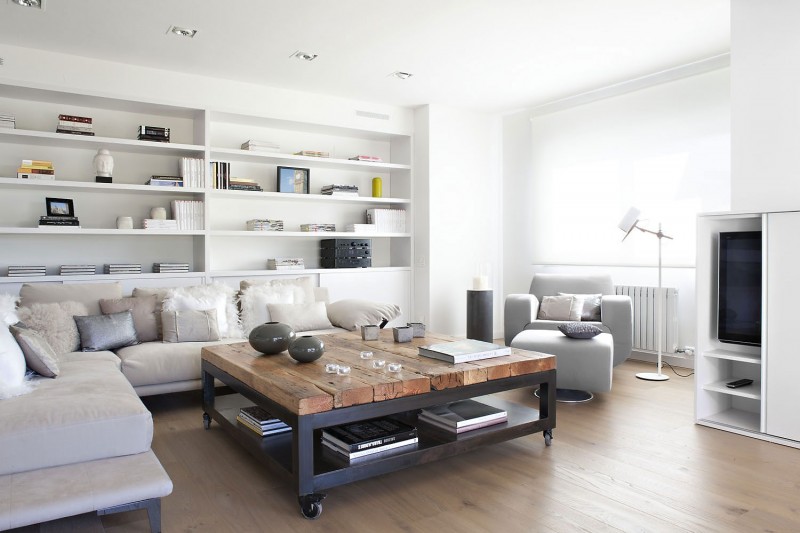 The sea is the centre that marks the disposition of the rooms, the lighting and the colours of this interiors project. Inspired by the house’s exterior, we captured the lights and the shades which contribute to simplicity and calm. White predominates and gives to the space a personality that attracts order, and is complemented by colour. The design stretches out to the sea from every part of the house, to allow Nature in.

The kitchen, dinning room and bedrooms are parallel to the sealine, allowing the exterior to enter the house in many ways, such as through the cubicle that houses the cupboard and the guest bathroom. The outside surface is integrated with the suite’s flooring, the bed head and the bathroom, achieving the same exterior-interior effect. Binomials are softly present in this interiors project through the combination of design, functionality, landscape and warmth.”