French architect Maurice Padovani has redesigned the interior of this early twentieth century home located in Montredon, a neighborhood in Marseilles, France. 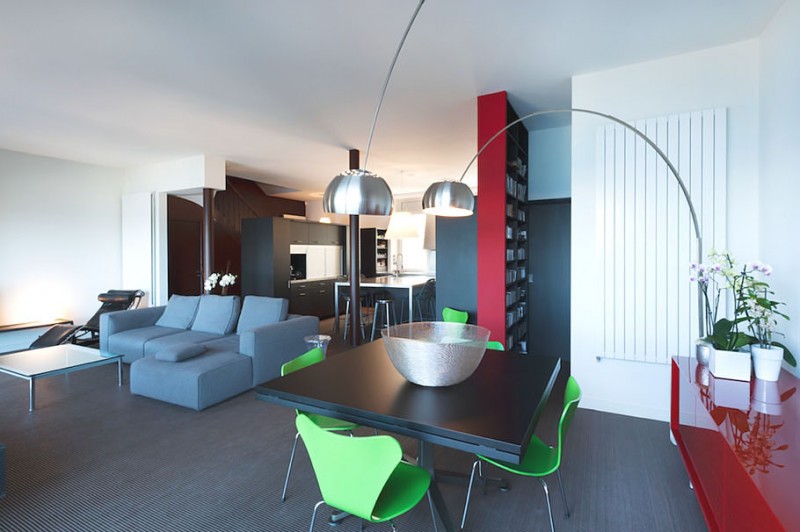 “This house, built at the beginning of the 20th Century and made from stone is situated to the far west of the city just before the last harbour, just before the deep sea.

From the entrance up until the old and restored stairway that leads to the second floor, one’s glance embraces all of the function rooms: dressing room, library, kitchen, dining room and living room.

All the partitions on this floor have been demolished to constitute one single space. To replace them, two metallic poles sustain the wooden-slat flooring.

The living-room’s North-West exposure is particularly unfavourable to the presence of large bay windows as one has to endure the setting summer sun’s radiance as well as the furious assaults of the Mistral, (the dominating wind) which can cover the window panes in a crust of sea salt.

Regardless, the panoramic view of Marseille’s bay with the Frioul Isles in the foreground is hard to refuse.

There, in front of the telly or near the fire, in the kitchen or at the table, one can watch the sea.”