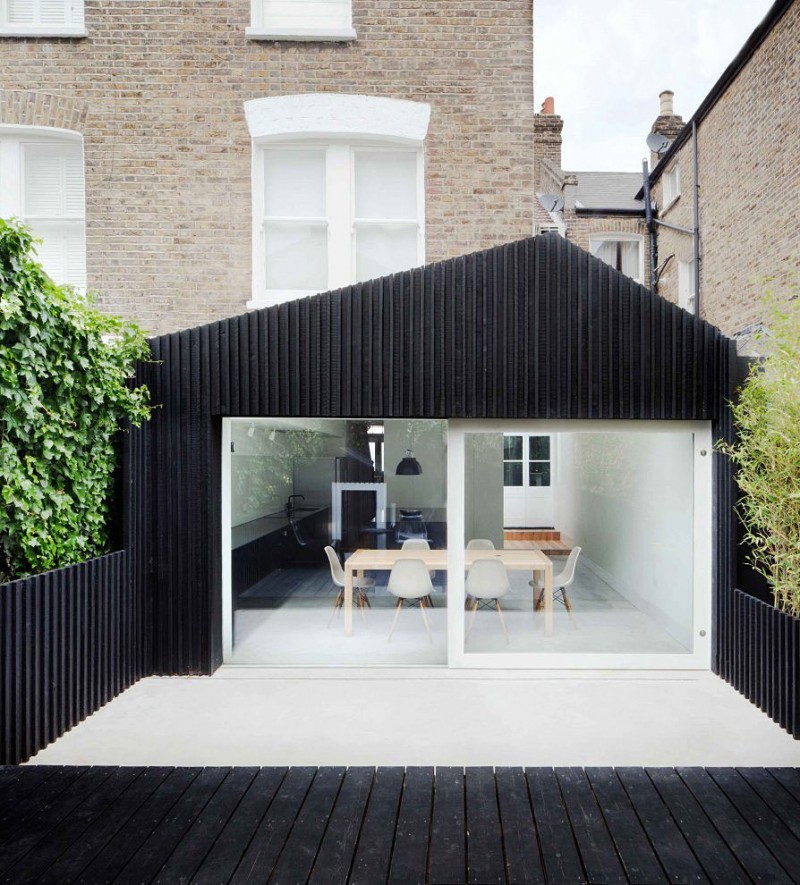 “An extension to a Victorian terraced house. A formerly dark and narrow kitchen area was transformed into a light filled kitchen and family room. The ground floor was expanded sideways into an unused yard area and backwards into an area previously occupied by an outside WC.

The internal structure of the new roof is exposed internally to give a rhythm and texture to the interior with an internal lightwell formed between the old and new.

The monochrome palette in the new parts of the house contrast with the Edwardian colours used in the existing house. External materials are black stained larch arranged to form a corduroy pattern and polished concrete flooring.

The existing garden was surrounded by unattractive fencing; our solution was to provide a lining to the garden in black larch. The space between the old and new layers forms storage spaces ,hidden planters and is cut away in places to reveal the ivy growing over the old fence behind.”

Lambeth by Architecture for London

House in Black by draisci studio

A Luminous Contemporary Interior in London, as Designed by Scenario Architecture