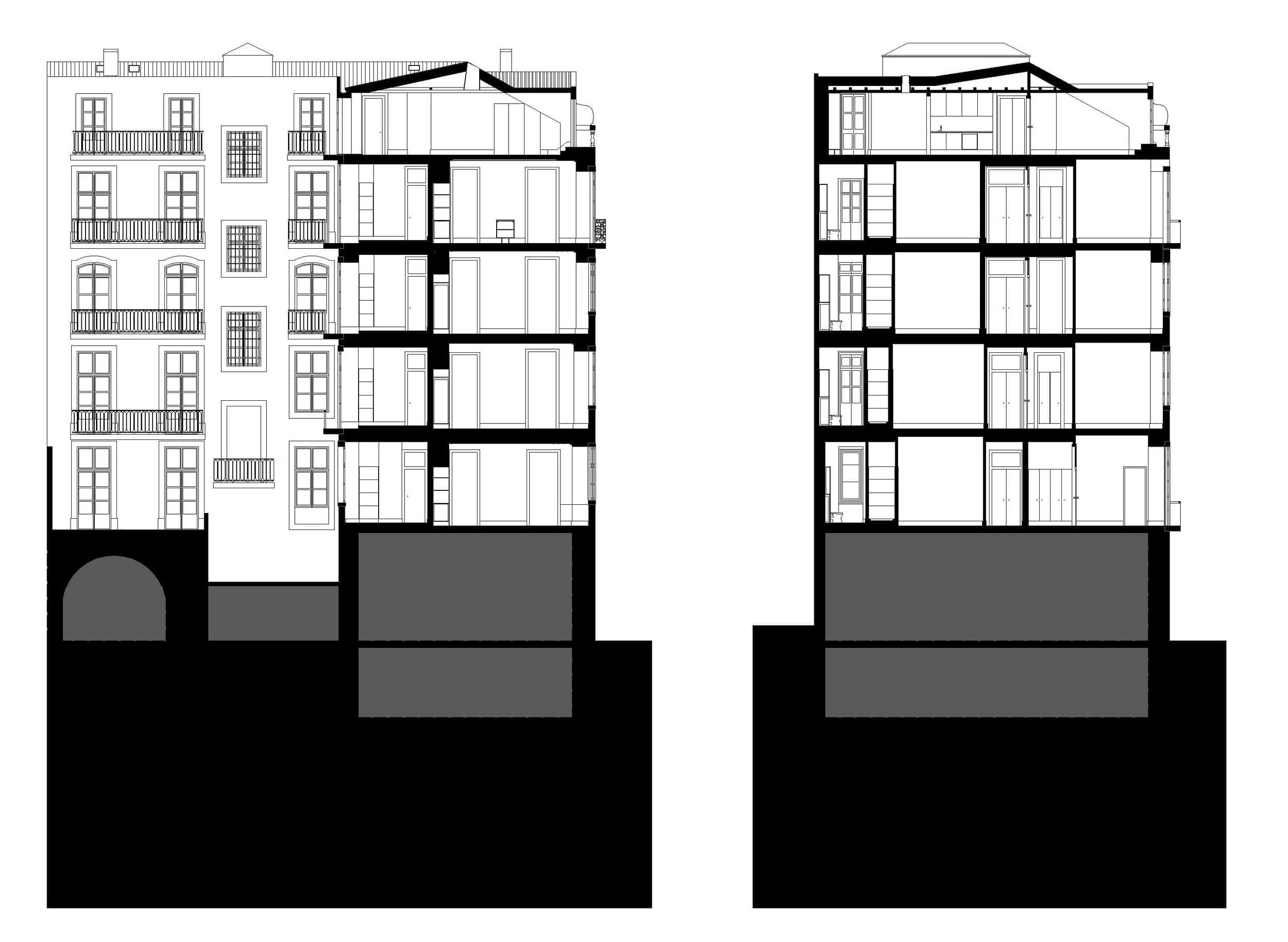 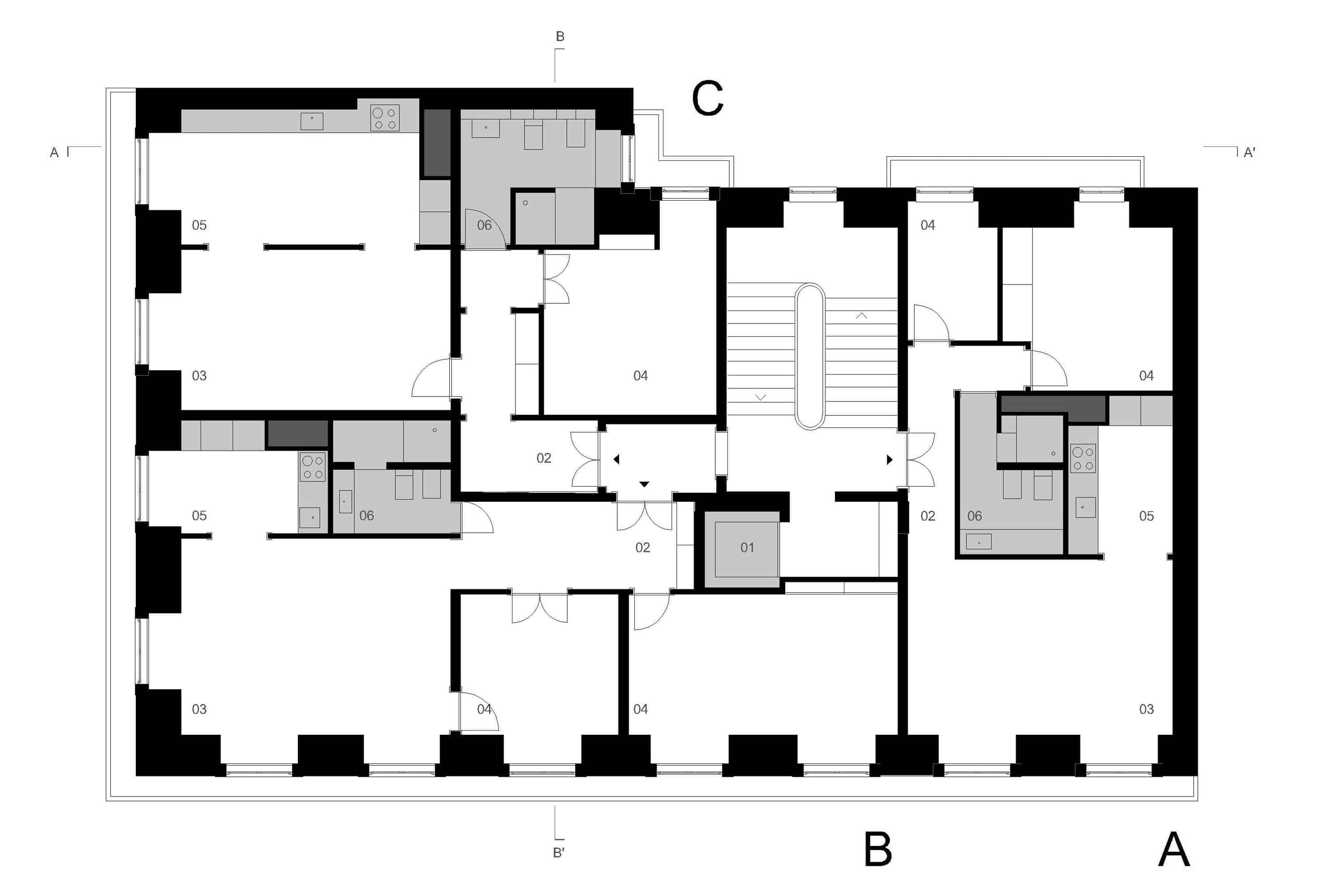 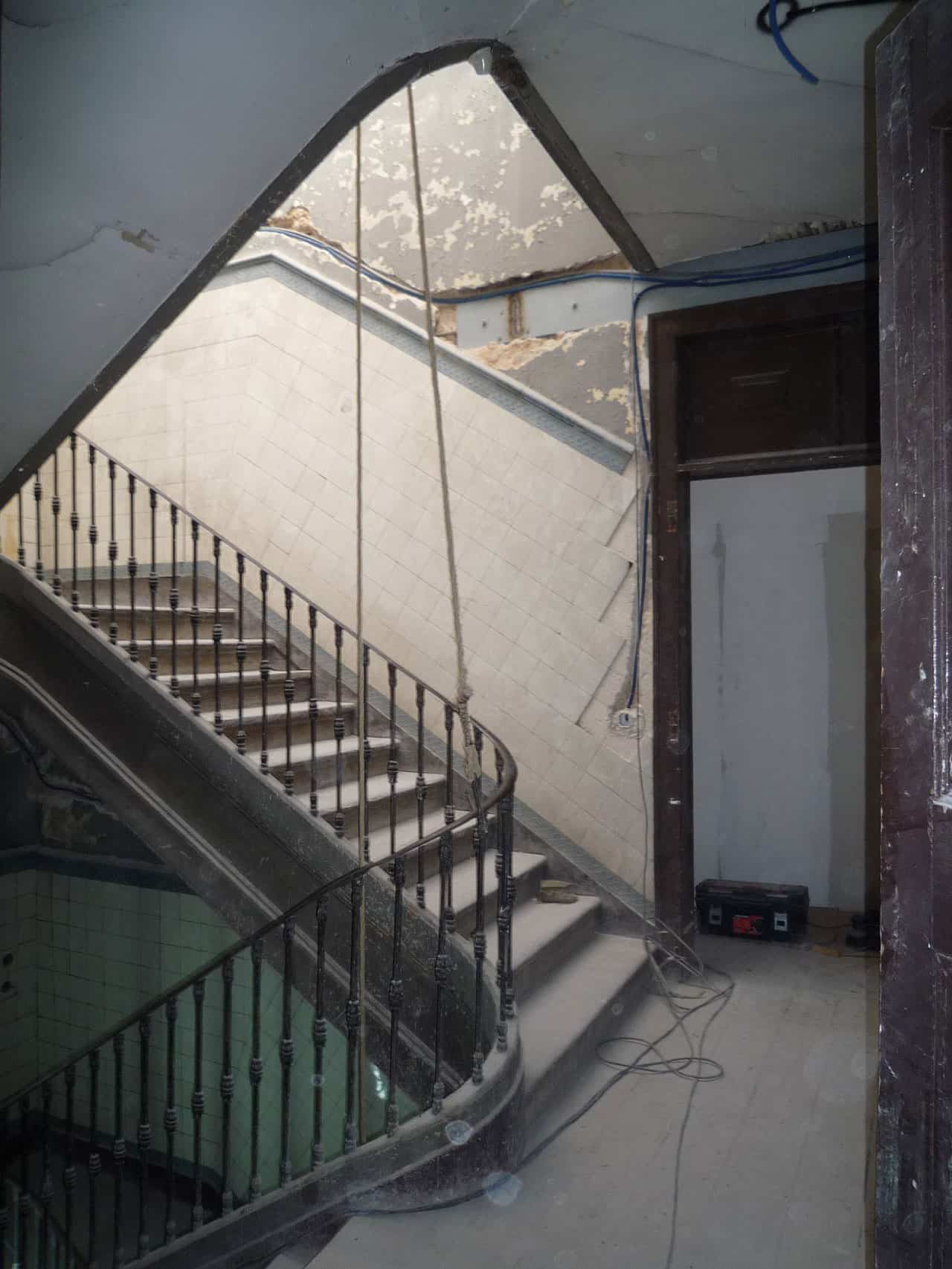 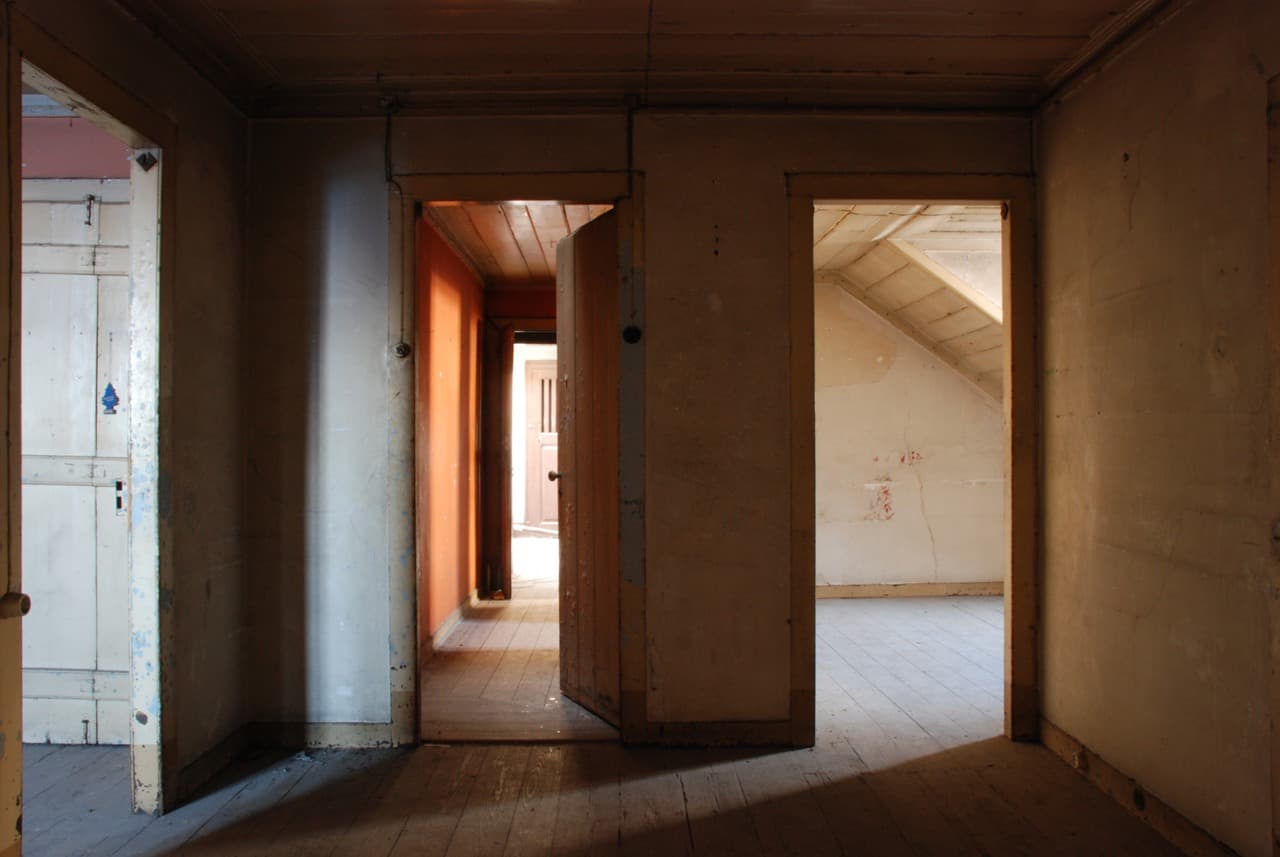 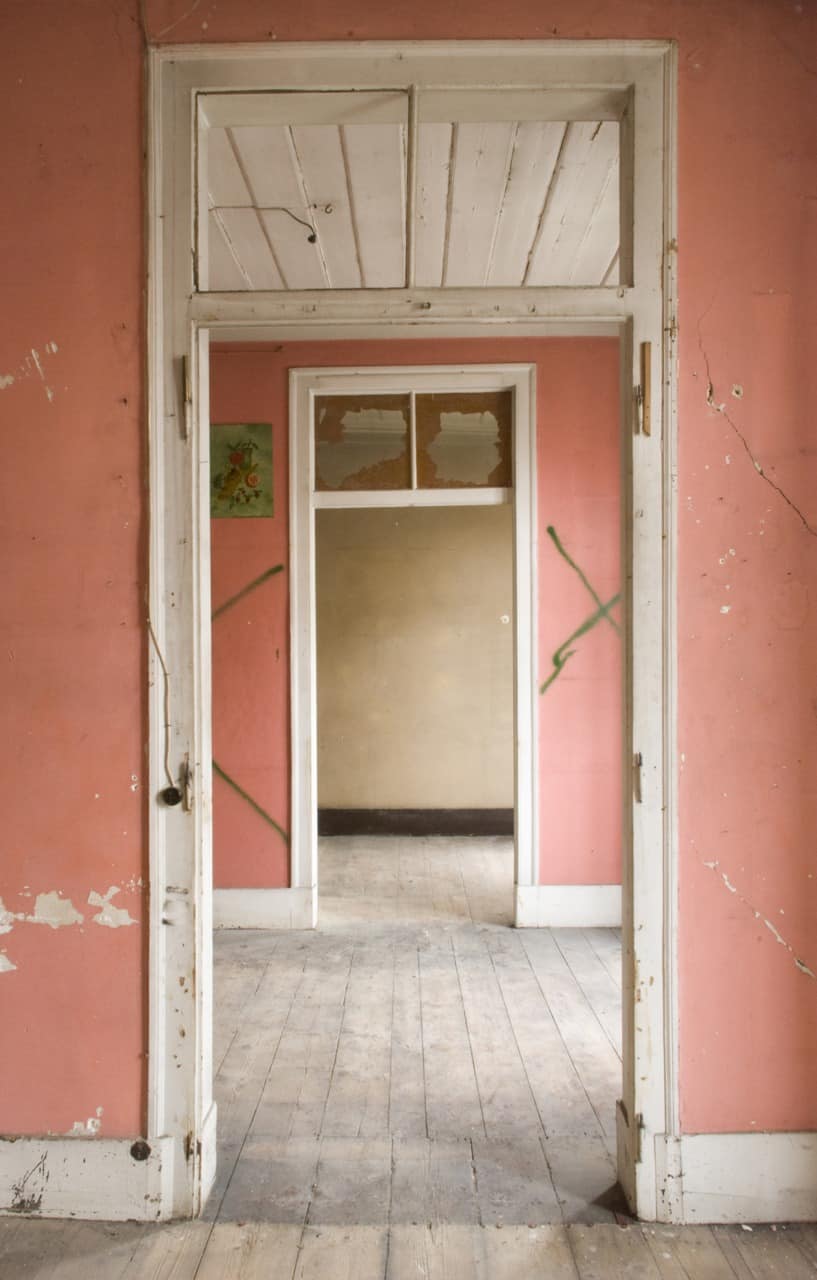 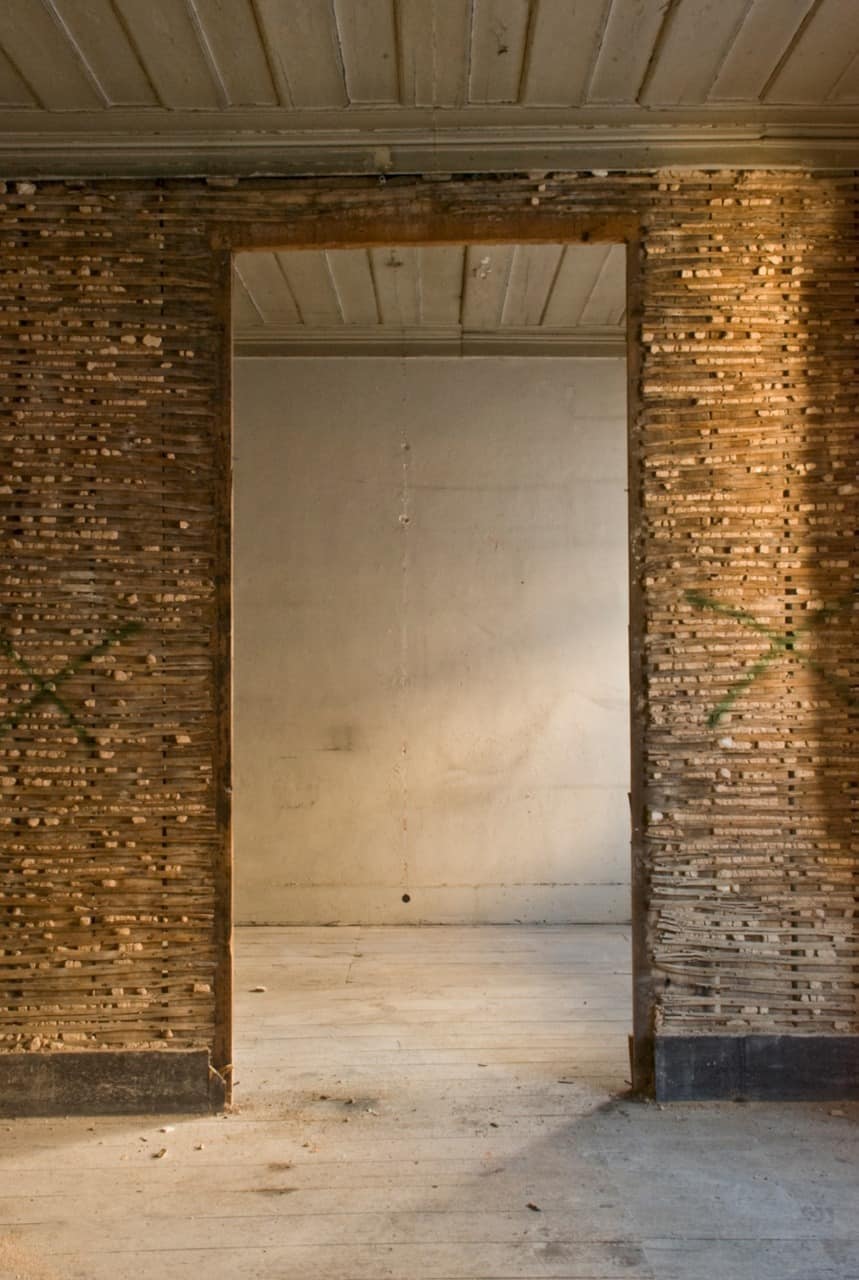 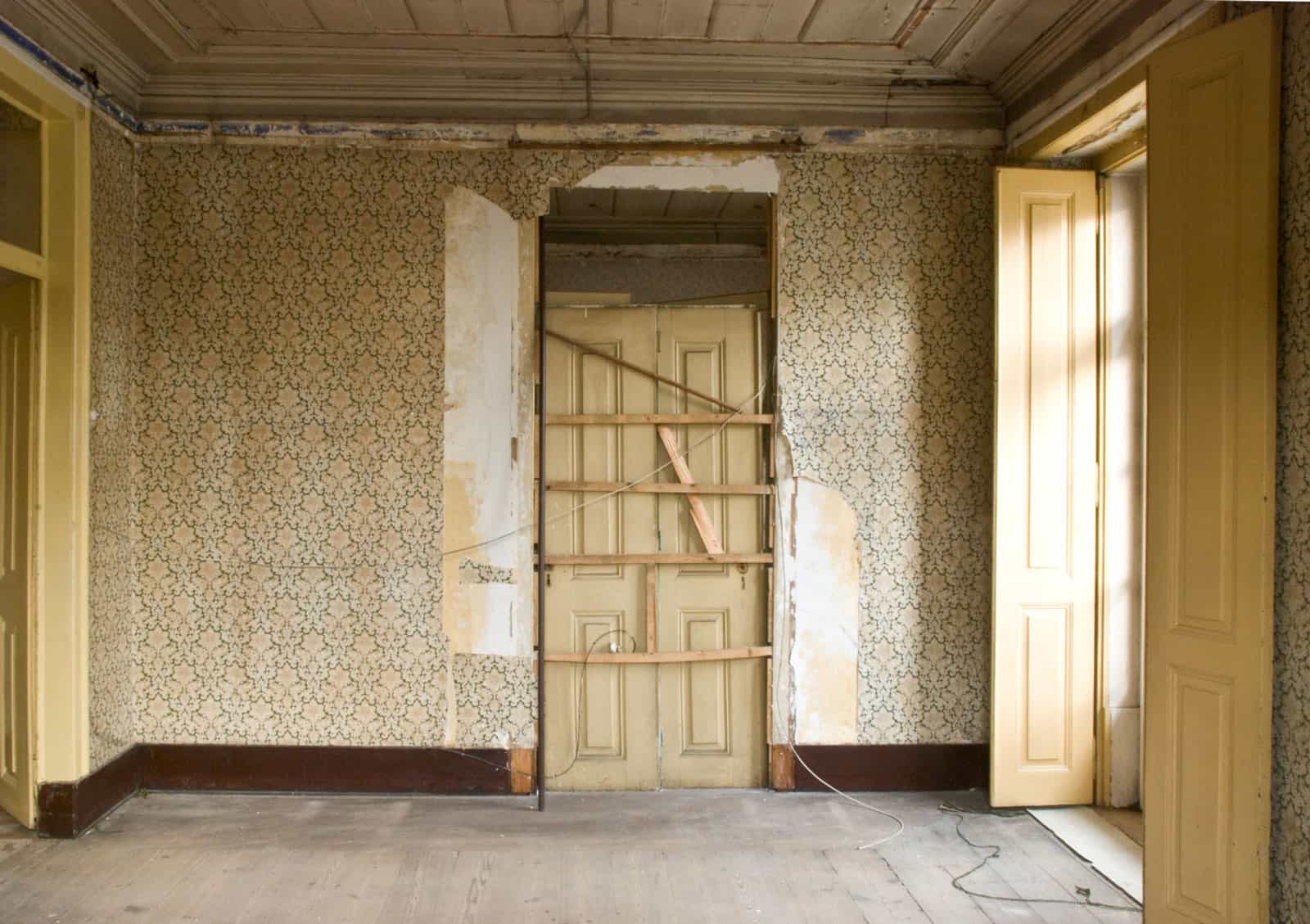 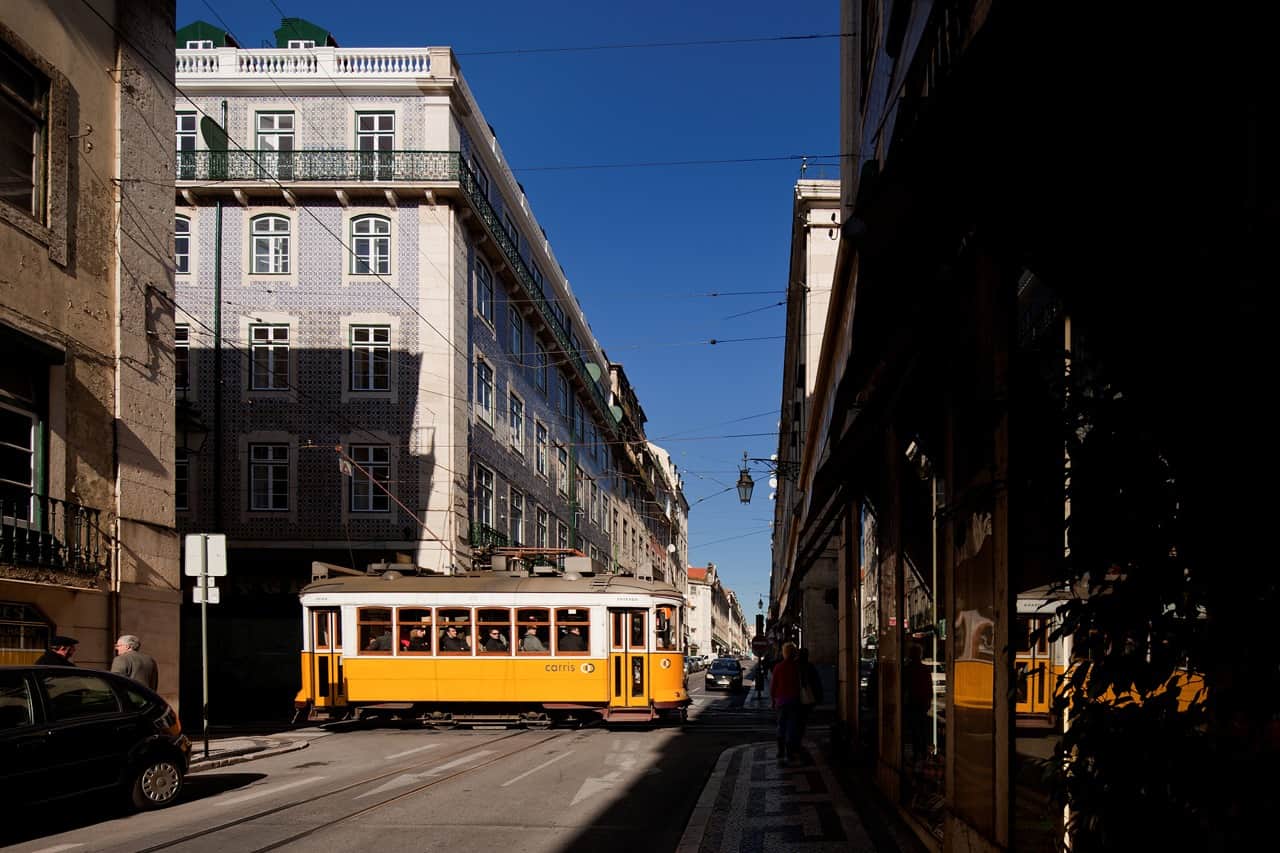 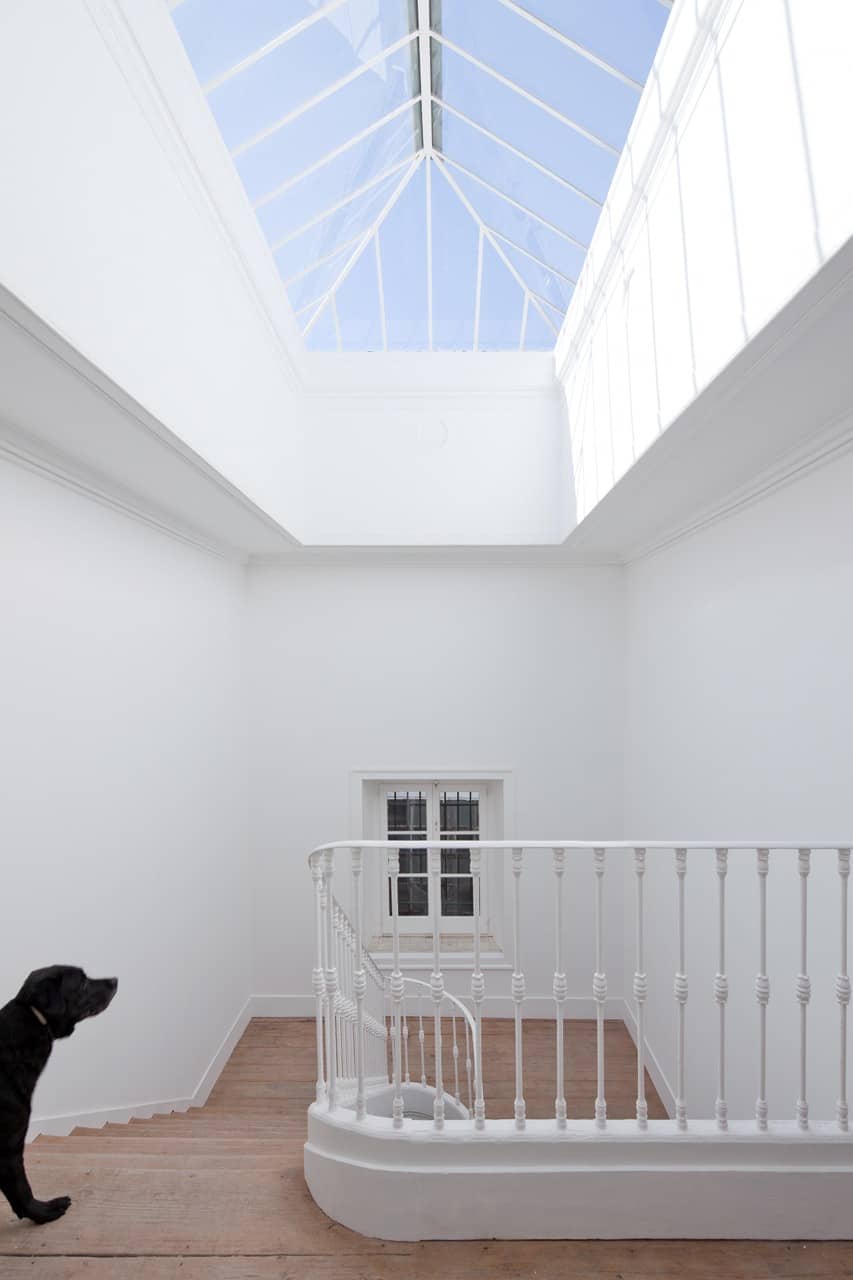 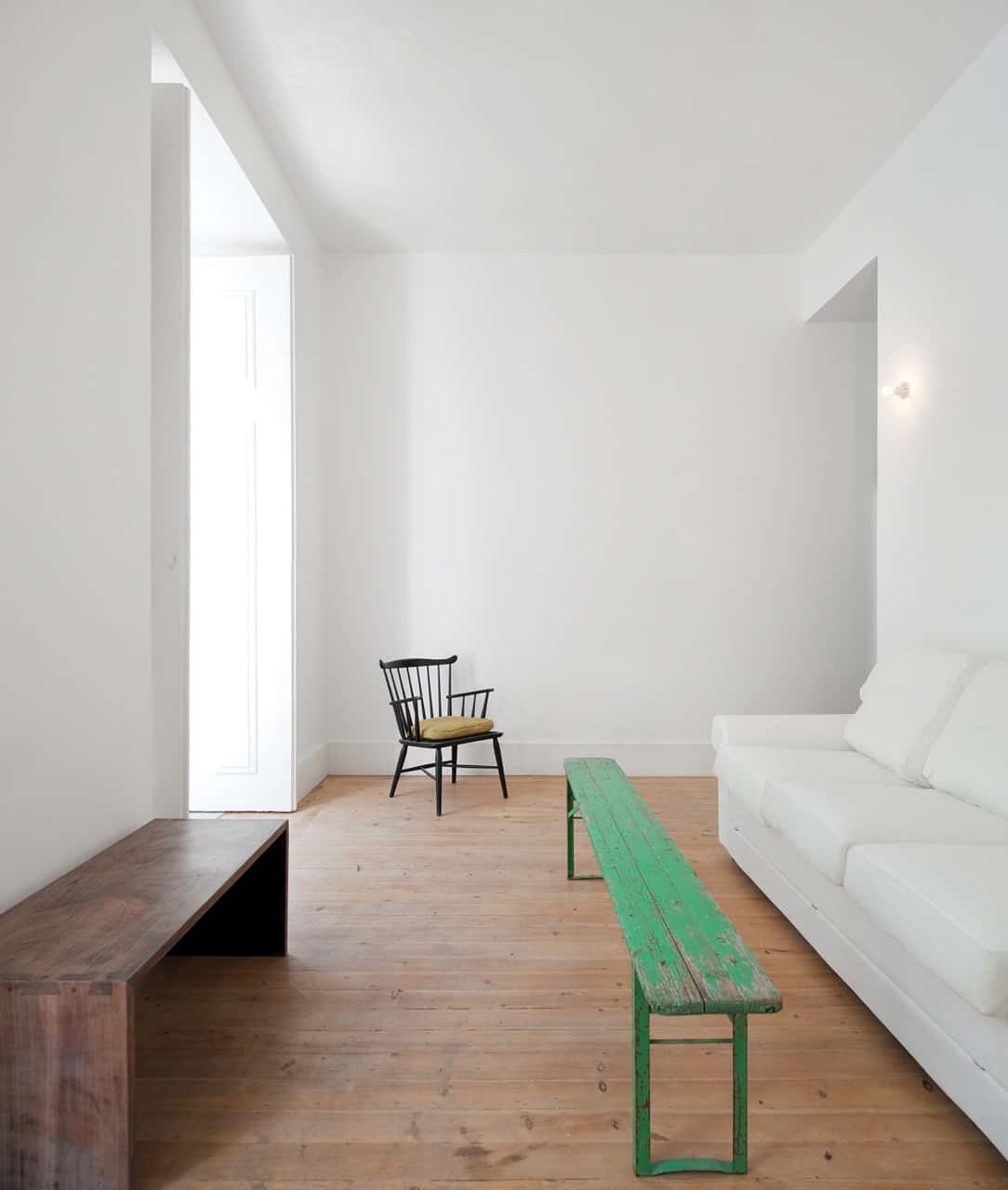 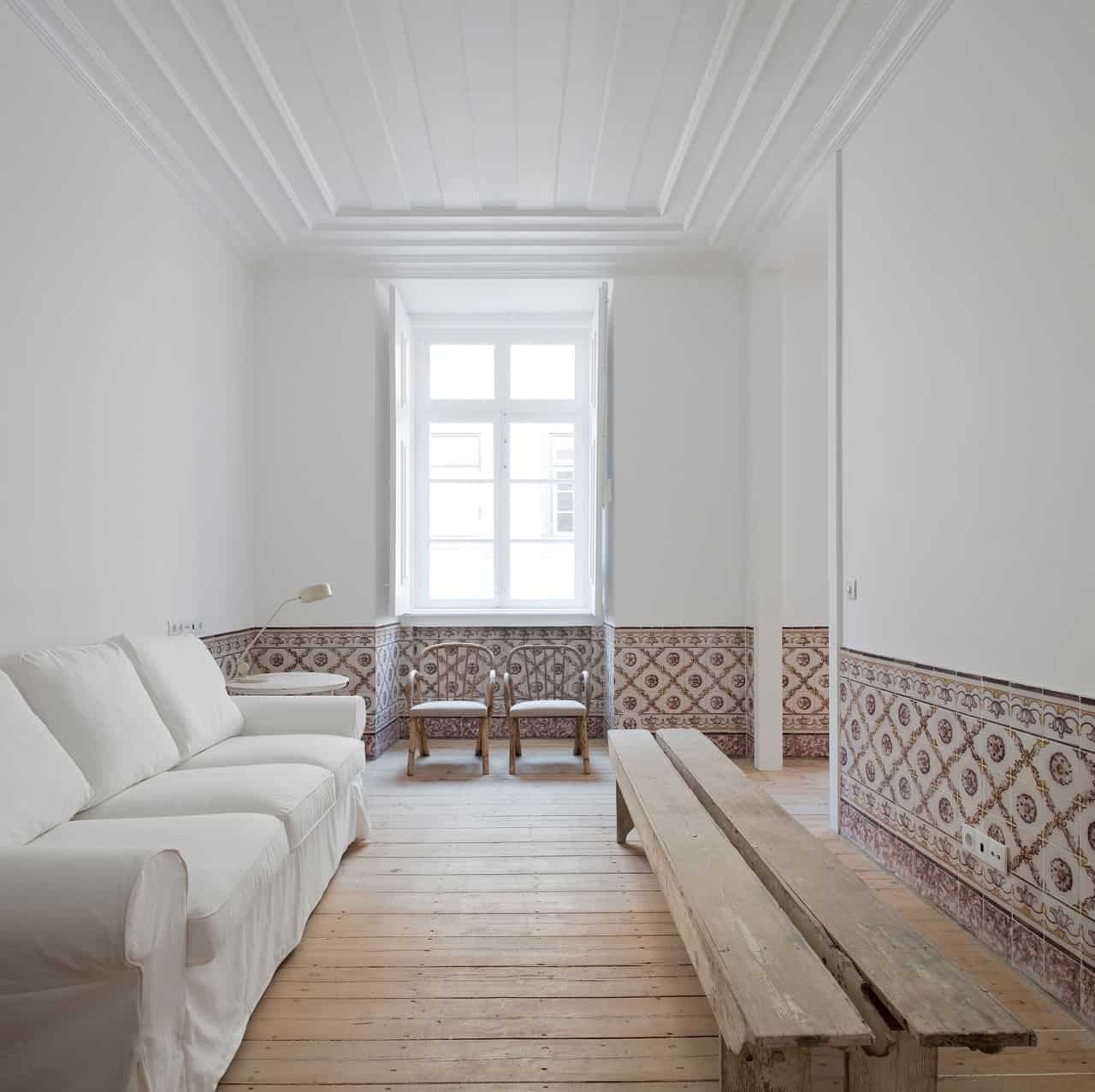 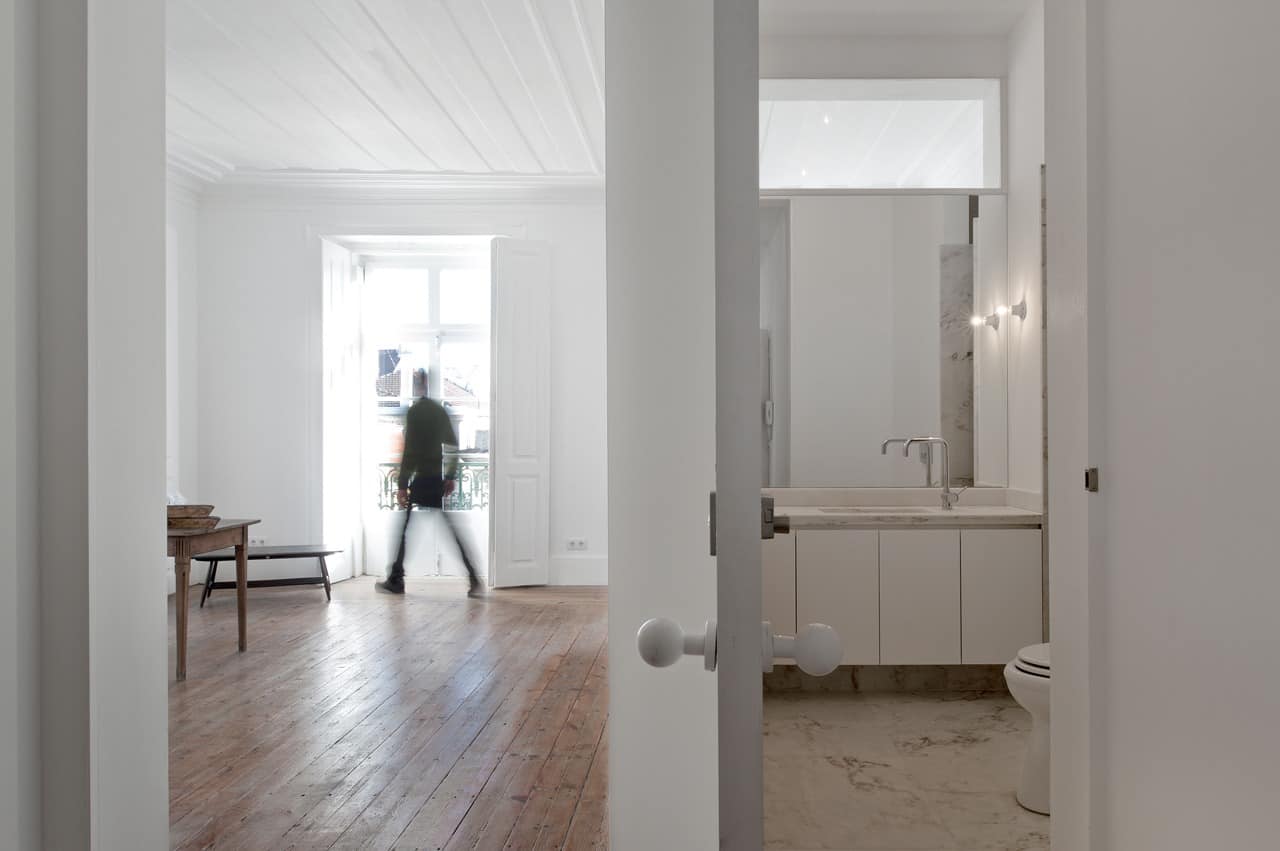 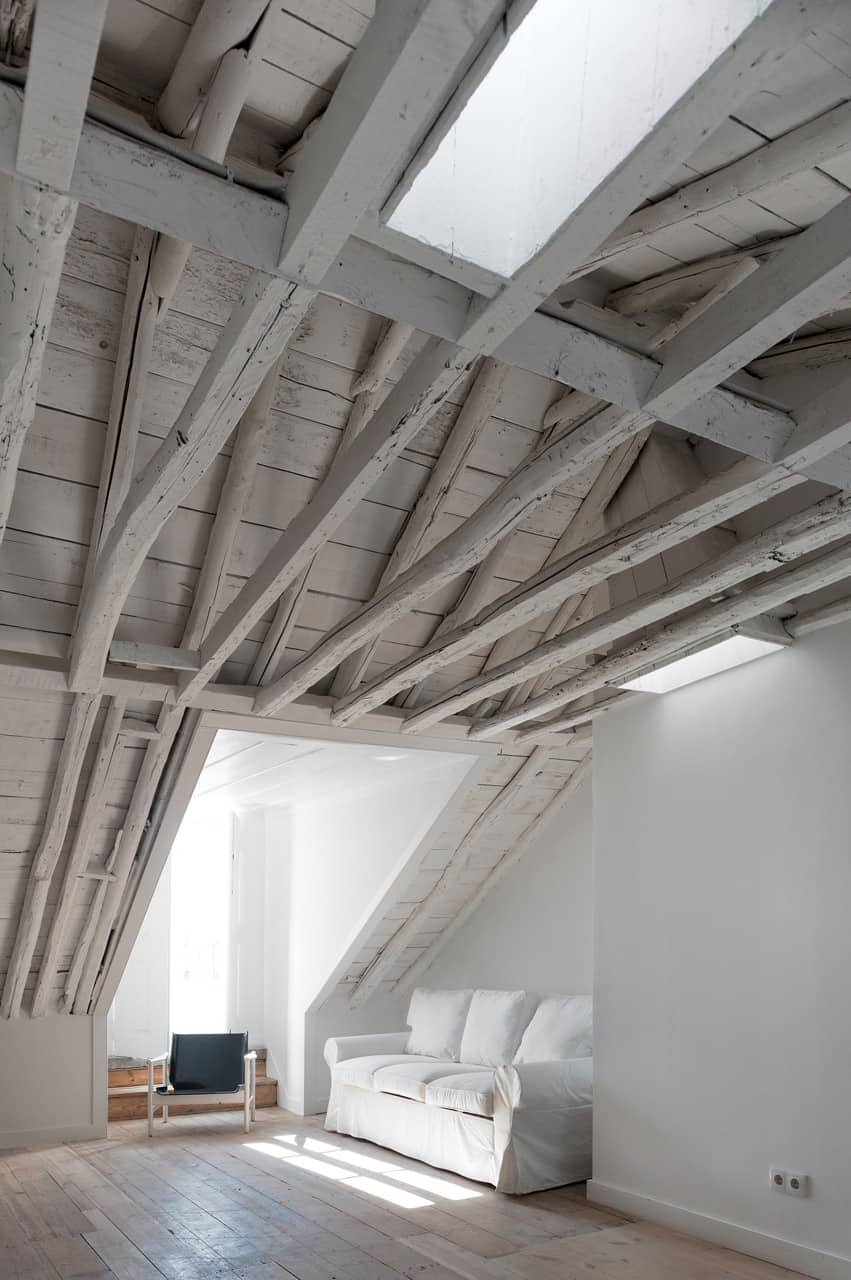 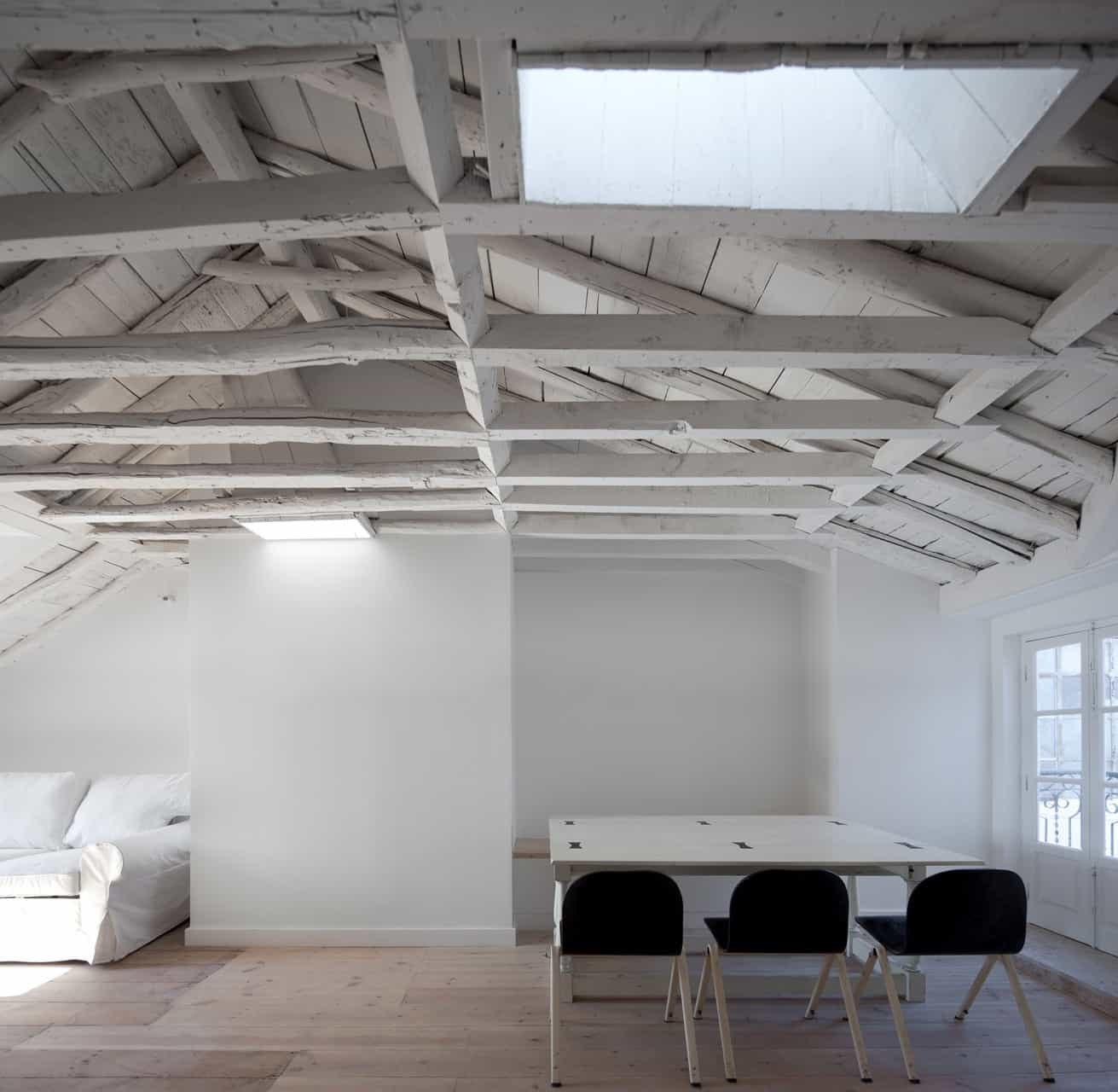 The architects have turned a 18th century building into a short term rental unit in the historical area of Baixa, in Lisbon, Portugal. 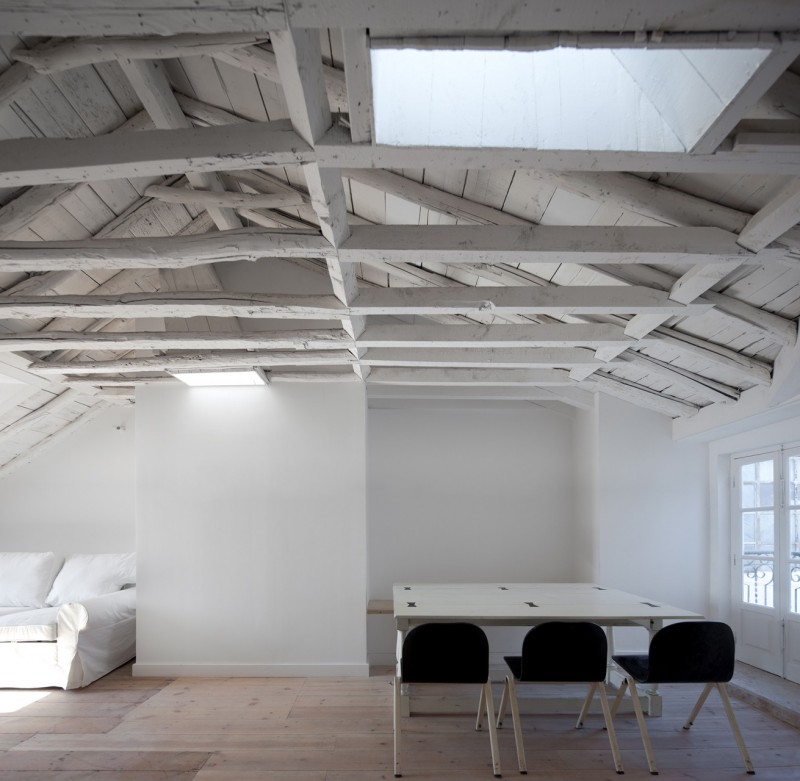 “The intervention aimed for the adaptation and refurbishment of a “Pombalino” building, turning it into a short term rental unit.

Located in the heart of the historical area of Baixa, in Lisbon, the building sits at the corner of Rua dos Fanqueiros and Rua da Conceição. Since its construction in the late 18th century, there has been a great deal of changes and modifications that deeply modified the original character of its fractions. As project strategy and as a way of reducing costs, the decision was made to accept its existing heterogeneous character.

The intervention was defined as a new addition in continuity with its history, incorporating the changes of different times and setting aside a possible restoration process. The main actions determined by the project were: the typological change from two apartments per floor to three, the introduction of an elevator, the substitution of all infrastructures and the conservation of a substantial part of construction elements, such as floor boards, the wooden ceilings in overlapping boards, internal and external tiles, window frames and doors. The trim needed and the “patches” were considered as such.” 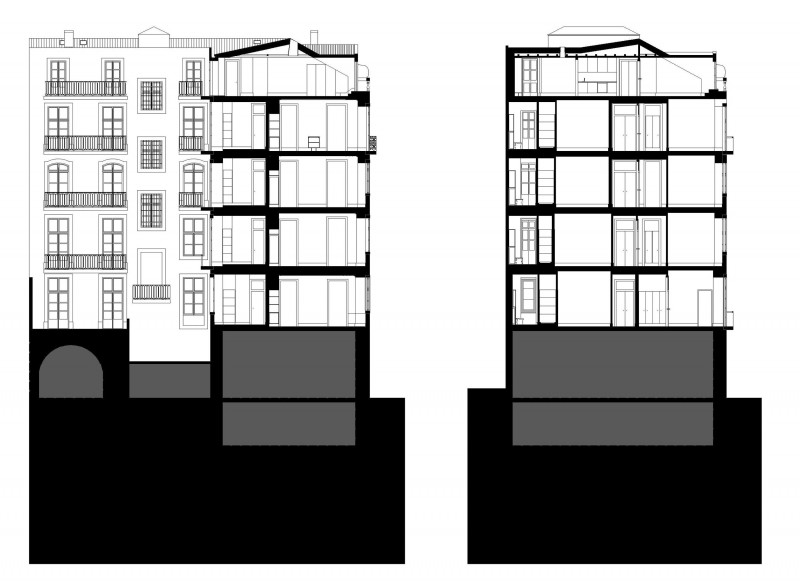