Completed in 2010, this two story contemporary home is located in Núñez, a neighborhood of Buenos Aires, Argentina. 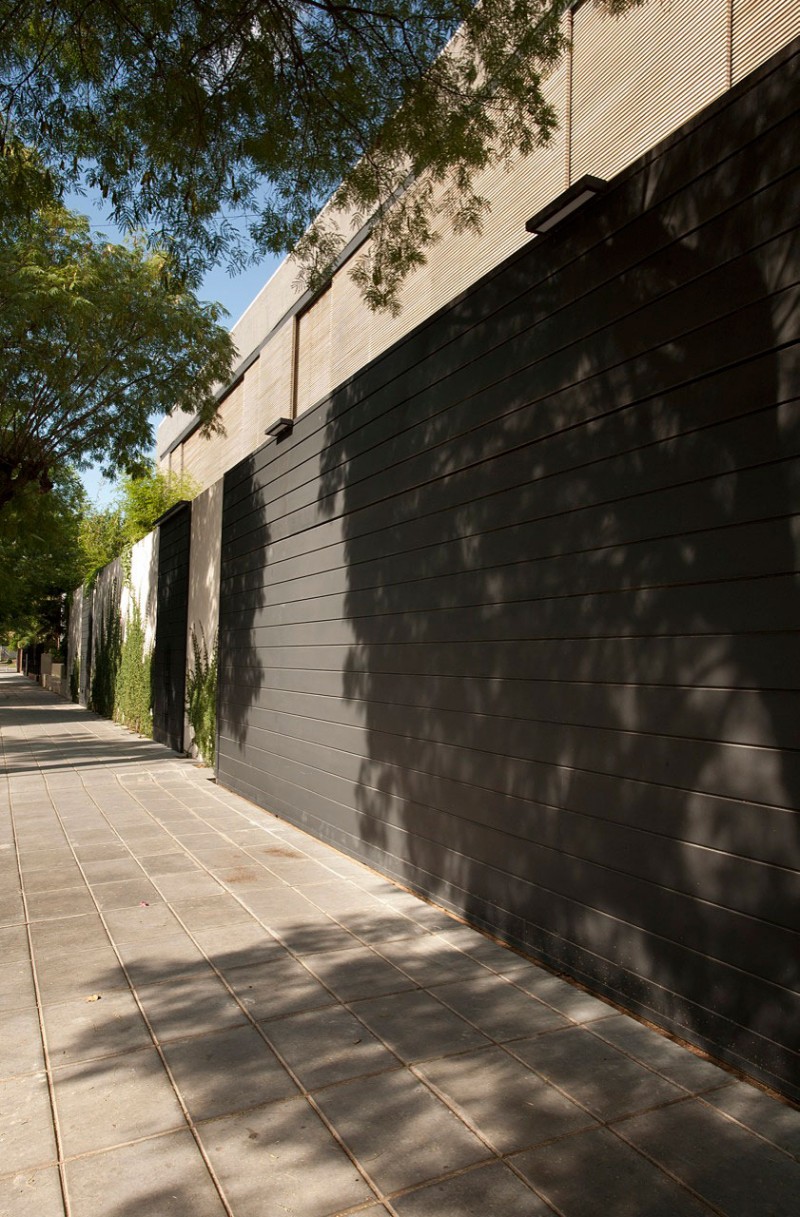 “Pricila House was a bet to a district resurgence. In Buenos Aires, “River” was a residential district that ended up discredited due to the River Plate soccer mega stadium and its recitals. With the resurgence of the Nuñez neighbourhood, River (located just steps away) started to recover its splendor in hand with new institutions, projects, and high-class restaurants.

With this in mind we created a house that nowadays is perceived as a satellite, since the bordeing buildings show this passage between yesterday and tomorrow.

Pricila represents our desire of future. With a concrete structure, that it is shown in the façade, it invites its neighbors to guess whats in its interior. With 1000 sqm constructed in a palace structure, with ceilings of 3 meters high, and spectacular dimensions, Pricila surprises in every corner.

The materials chosen are of great nobility. Lapacho wood for all its inner floors, or marble for all the exterior including the pool, entirely sided in marble.

A circular stair acts as the central focal point. Made of concrete, wood and stainless steel, it ends up with a circular skylight that crowns the staircase.

The house opens completely to its interior, highlighting its tropical garden, like an oasis in the middle of the city, and ends up closing to the exteruiru with wooden shutters, and a huge concrete frame that encloses the first floor box.

Following the guidelines of the studio, the project always accompanies the lifestyle of its occupants, being them eager hunters, this house invites them to enjoy the outside, with barbecues, outdoor chimneys, jacuzzis, pools, and even practice shooting spaces.”

Casa Gómez by SO Studio