Originally built in 1969 and enlarged over the year with many additions, the latest extension completed in 2009 includes an atelier and a guest house. 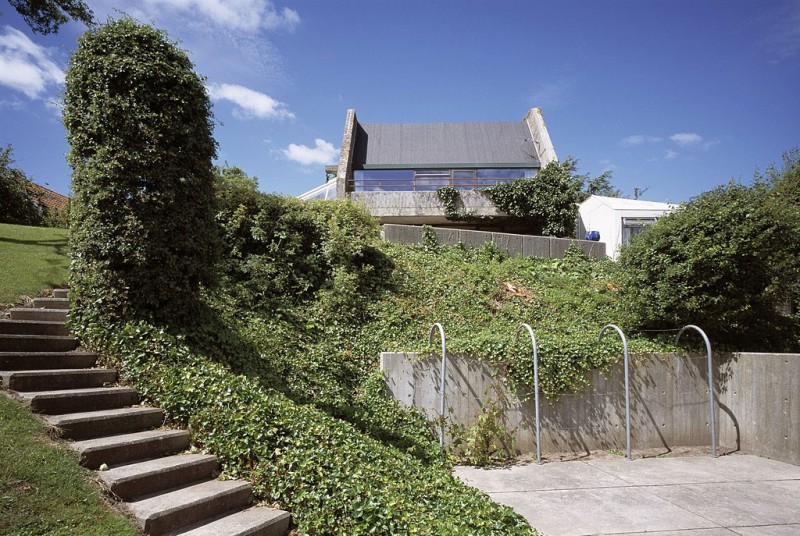 “The home of architect and partner in C.F. Møller Architects, Mads Møller, was originally built in 1969 and subsequently enlarged by additions in 1978, 1992, 2001 and 2009. The latest extension, a new atelier wing, has been carefully set in the coastal slope, and balanced with an adjacent new guest-wing.

The new building and terrace become part of a sequence of steps and terraces, meandering down the slope. The atelier and guest-wing are clad with untreated larch slats, which will turn a warm silvery-grey, and the roofs, overlooked from the upper terraces, are planted with succulents, mosses and herbs.

The 3,5 m tall space has been designed with attention to views and daylight. The interior is clad in birch veneer panels, with coloured insets, and every wall becomes a composition of light and graphics in itself. The ceiling will be occupied by a painting by Christine Møller on framed canvas.”