This two story, luxury contemporary home is located in the Andalucia region of Spain. 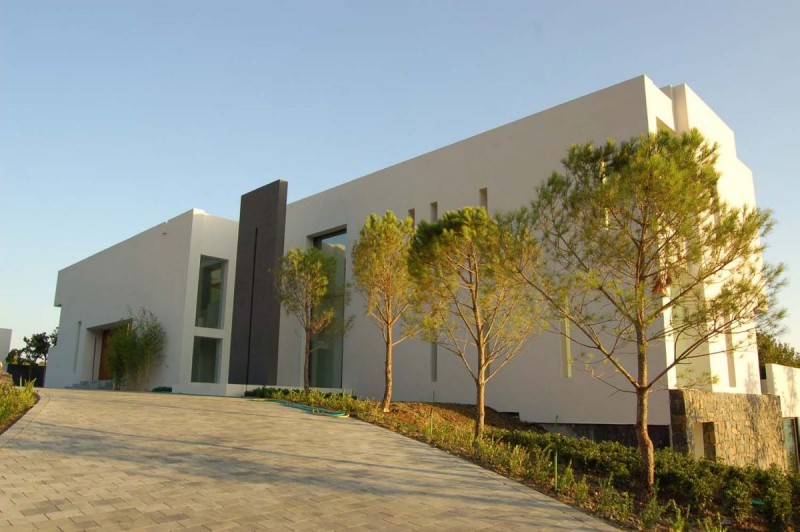 “The design strategy for this new build villa was to create a building that would exploit the spectacular landscape, while creating an exemplary building for the 21st century.

The site occupies a panoramic south west facing sweep of embankment, with impressive views to the Mediterranean, Rock of Gibraltar and Serranía de Ronda.

The building has seven bedroom suites for the family and their guests in three linked pavilions separated by pools of water, gardens and stone terraces.

Landscaping was key to the concept for this dramatic site and the combination of visual, solar and centrifugal influences inherent in the landscape created a natural orientation for the building – as a series of parallel surfaces on a NE/SW axis. These layers defined both shade and space from which to enjoy the Andalucian sunlight, providing tantalising glimpses of the view beyond and shaping tranquil spaces for the inhabitants.

The effect of shadow and water in an Islamic garden was both a practical and metaphoric influence on the design of the whole building – helping to temper the immediate microclimate while quietly referencing the historical context.”

House in Buckinghamshire by McLean Quinlan

Parker Residence by The Quinlan Group