The architects have transformed a classic brick-and-stone suburban house into a 1,650 square foot contemporary house in the 6th arrondissement of Paris, France. 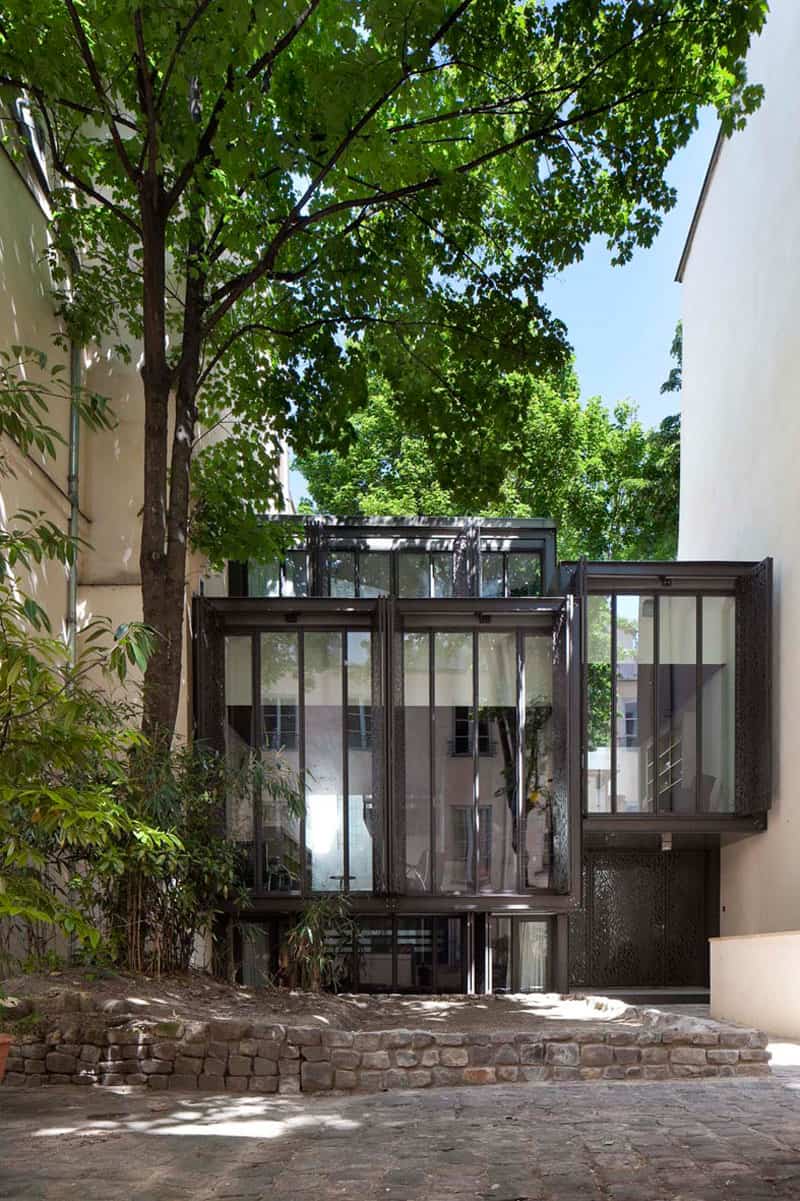 “Built on the site of an old house set between two buildings in the heart of a very well-preserved block in the 6th arrondissement of Paris, this house is designed as a tree-like structure delimited on three sides by the original walls. Only the entirely glazed south façade belies the almost total reconstruction of the building and provides a glimpse of the volumetric complexity of its interior spaces. Even more than that of a tree, the most effective metaphor for the project might be that of a Cyclopean stairway: the house is a stair whose core houses the wet rooms, whose stairwell is defined by the gables of the neighbouring buildings, and whose steps and landings form the various living spaces.

The fact that there was no need to partition the rooms (except the bathrooms) means that there is a sense of total spatial continuity from basement to roof terrace. The structure, entirely of steel, is made up of cantilevered floors borne by the central core and partly dissociated from the three outer walls onto which have been grafted concrete boxes that act as built-in furniture. The choice of materials reinforces the architectural design: the partitions of the central core, the floors and the ceilings are all clad in locust tree, whose colour and pattern contrast with the texture and whiteness of the outer walls.”

House on the Hill by James D LaRue Architecture Design