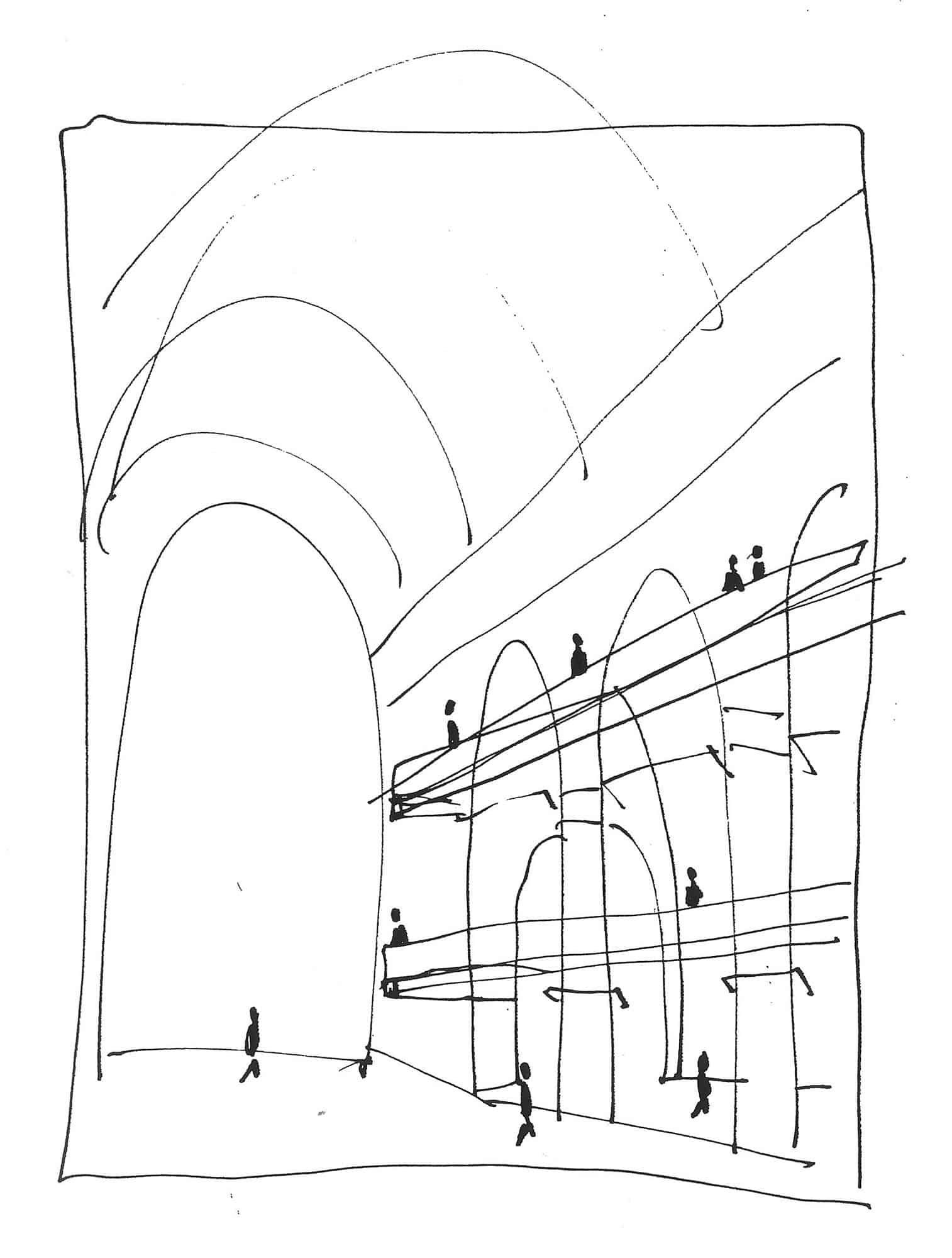 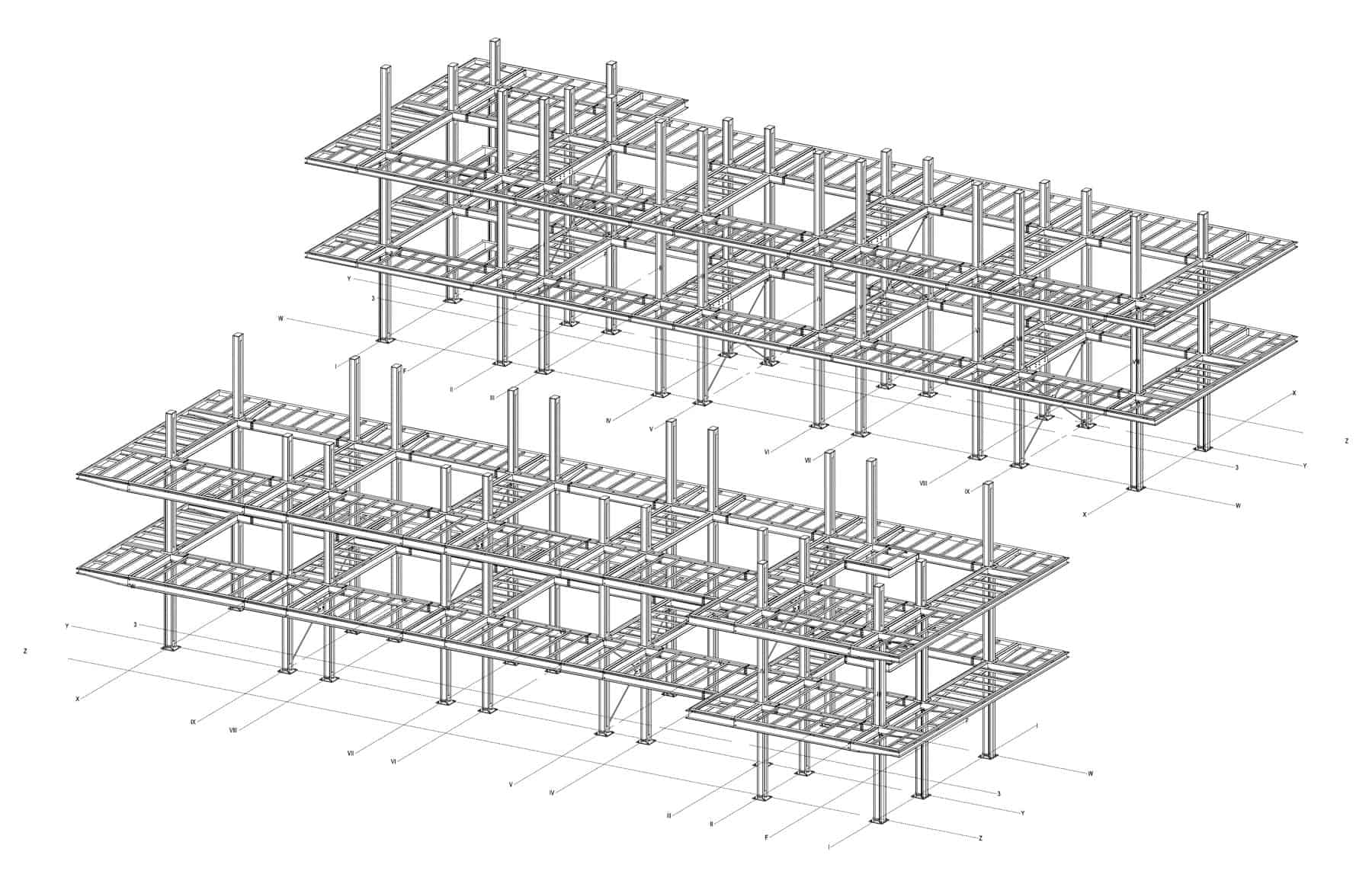 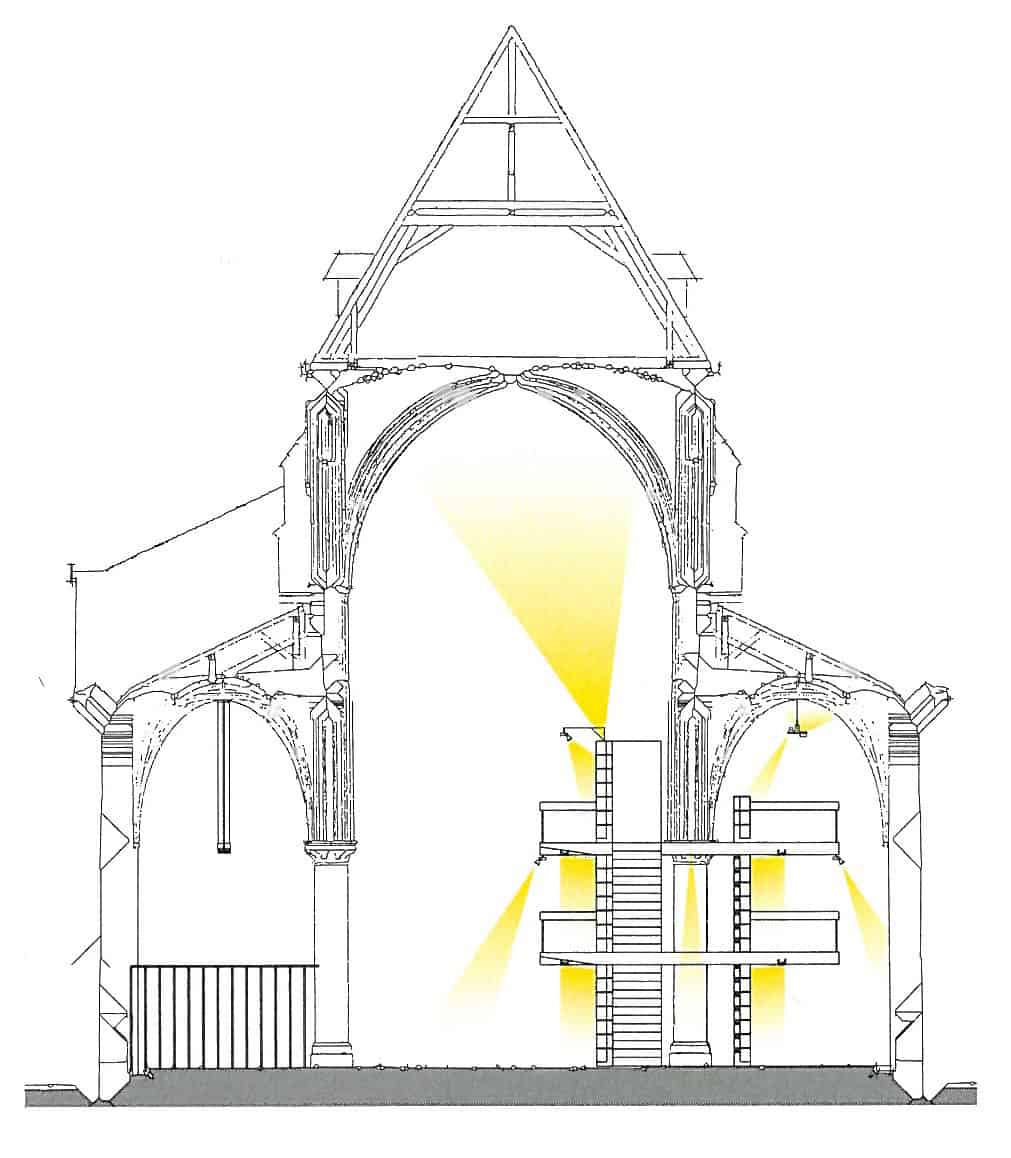 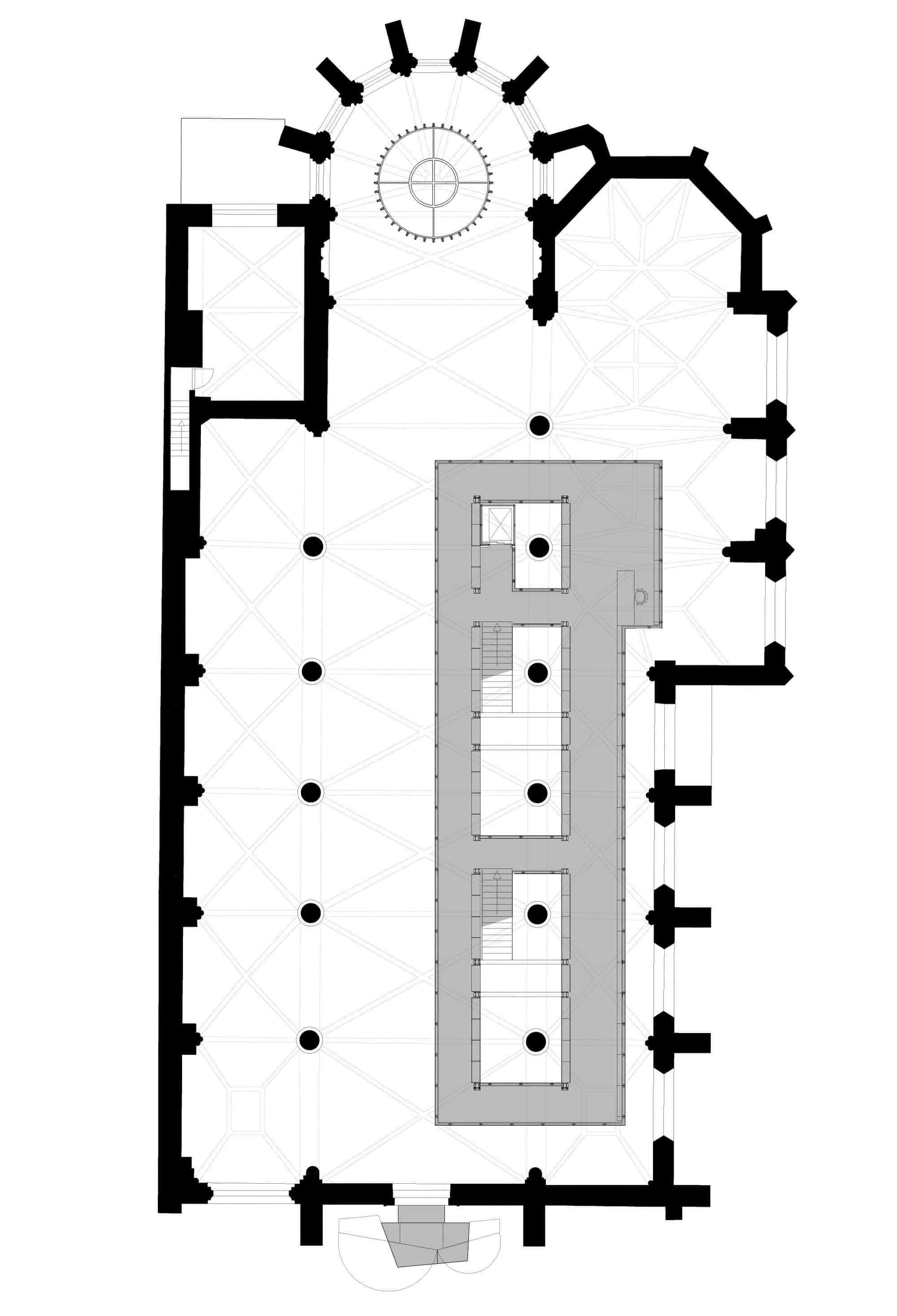 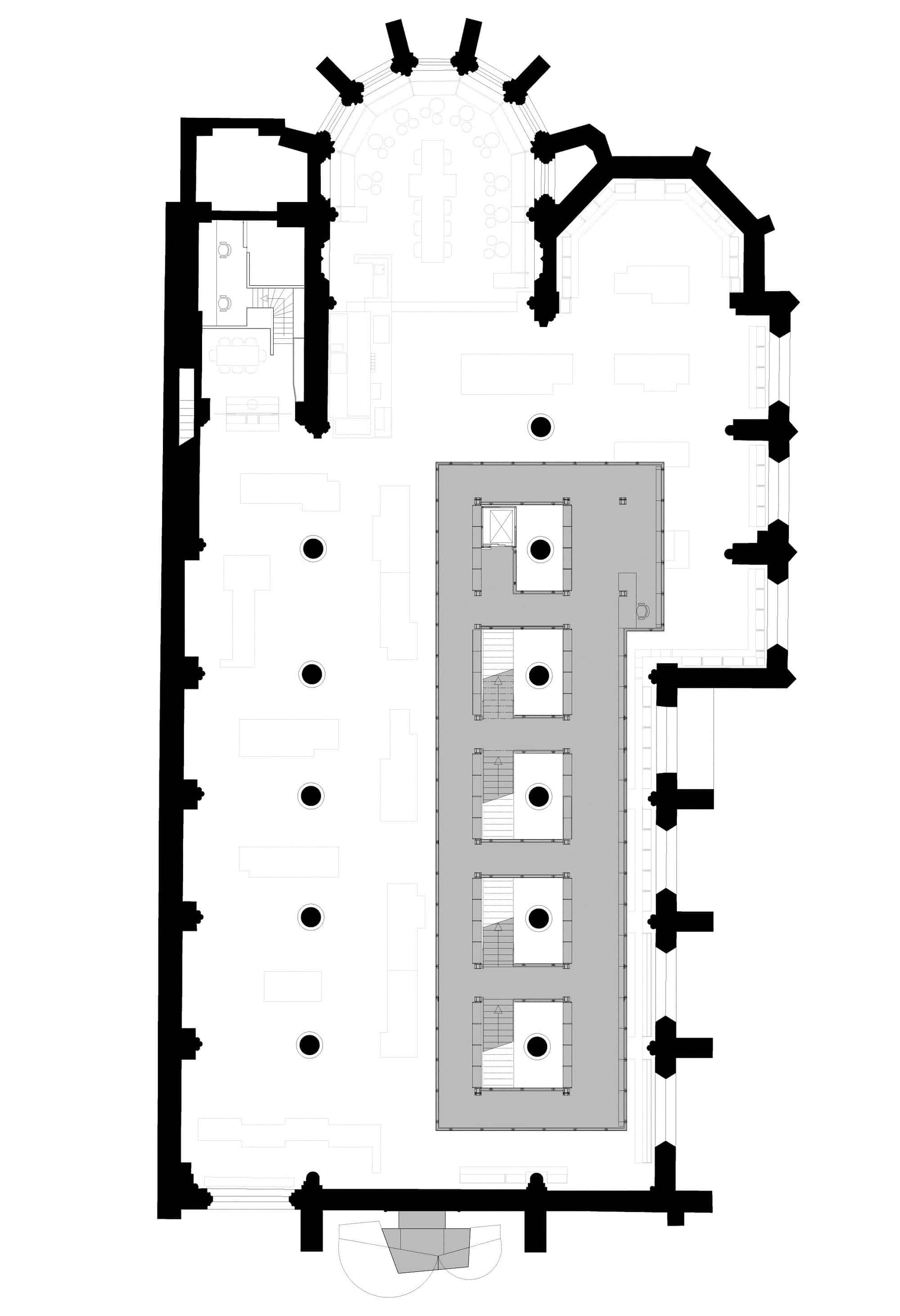 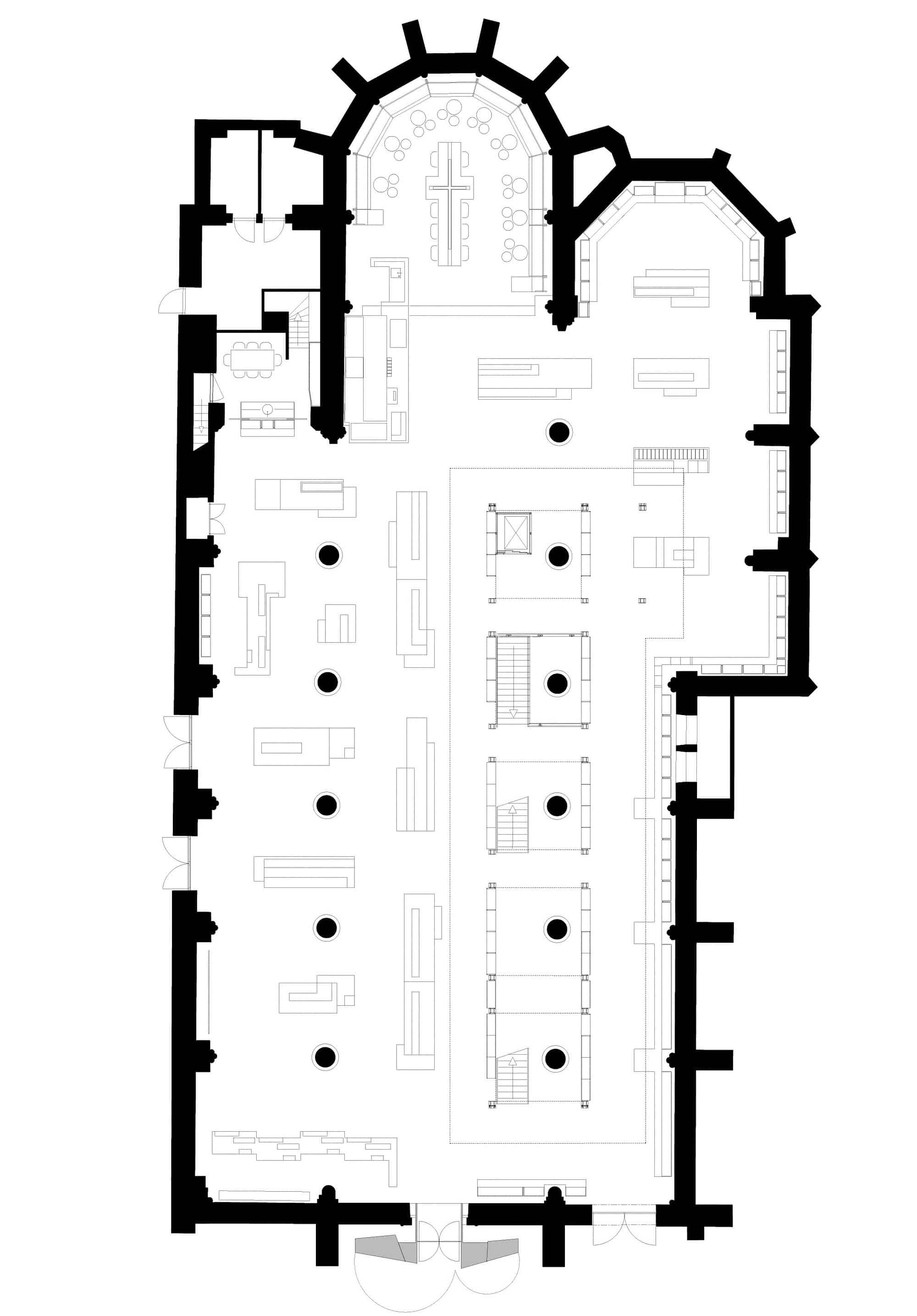 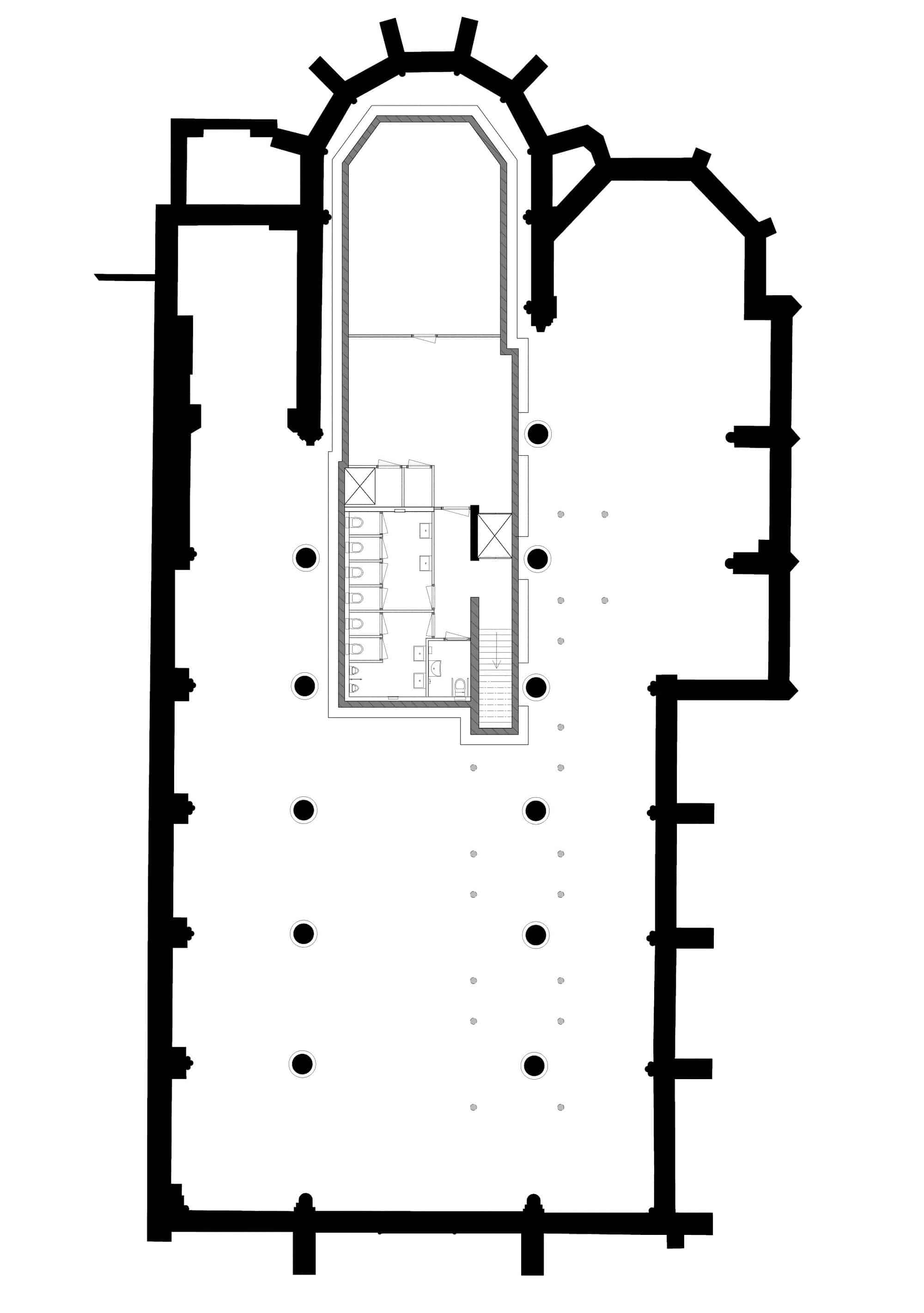 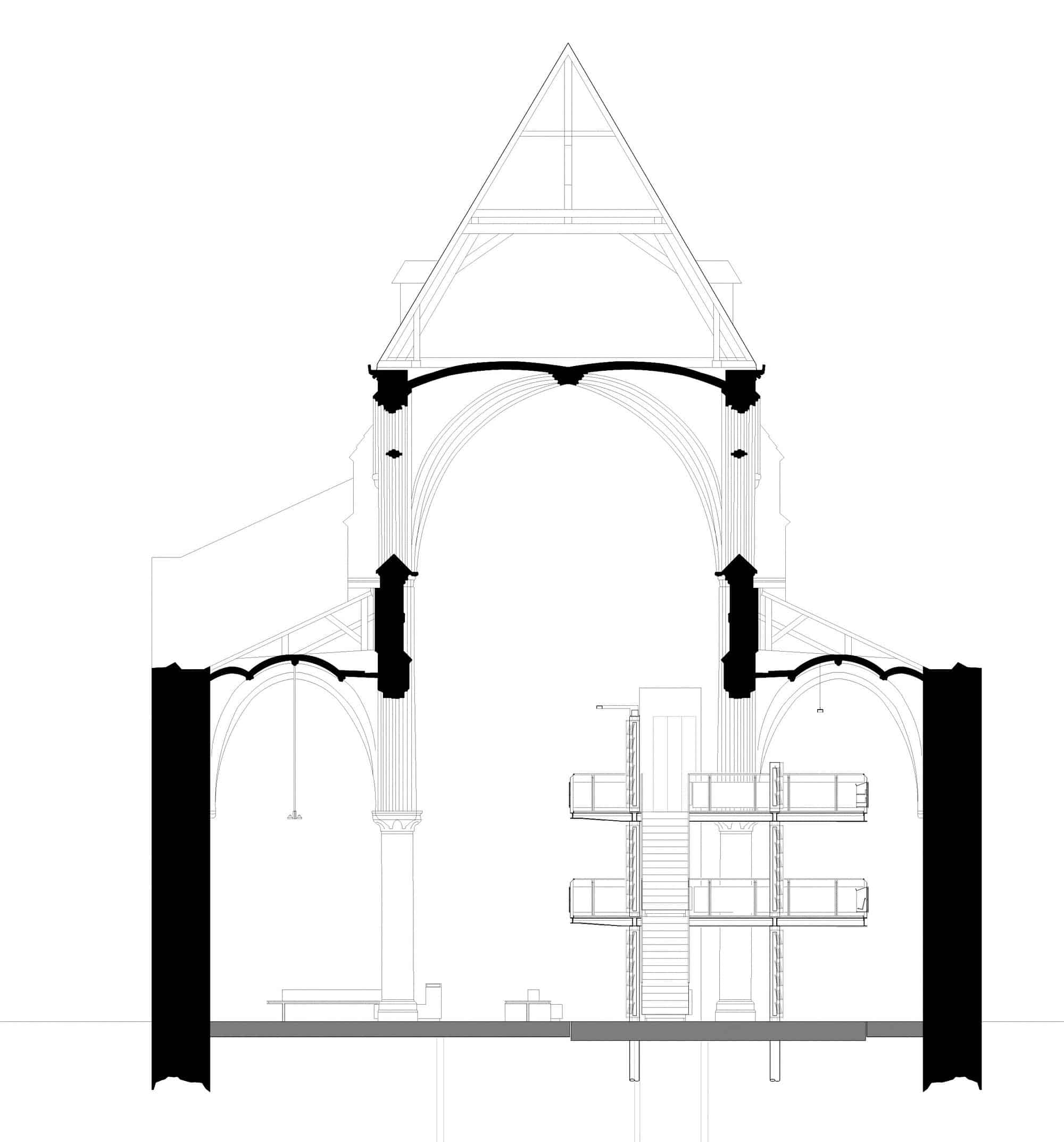 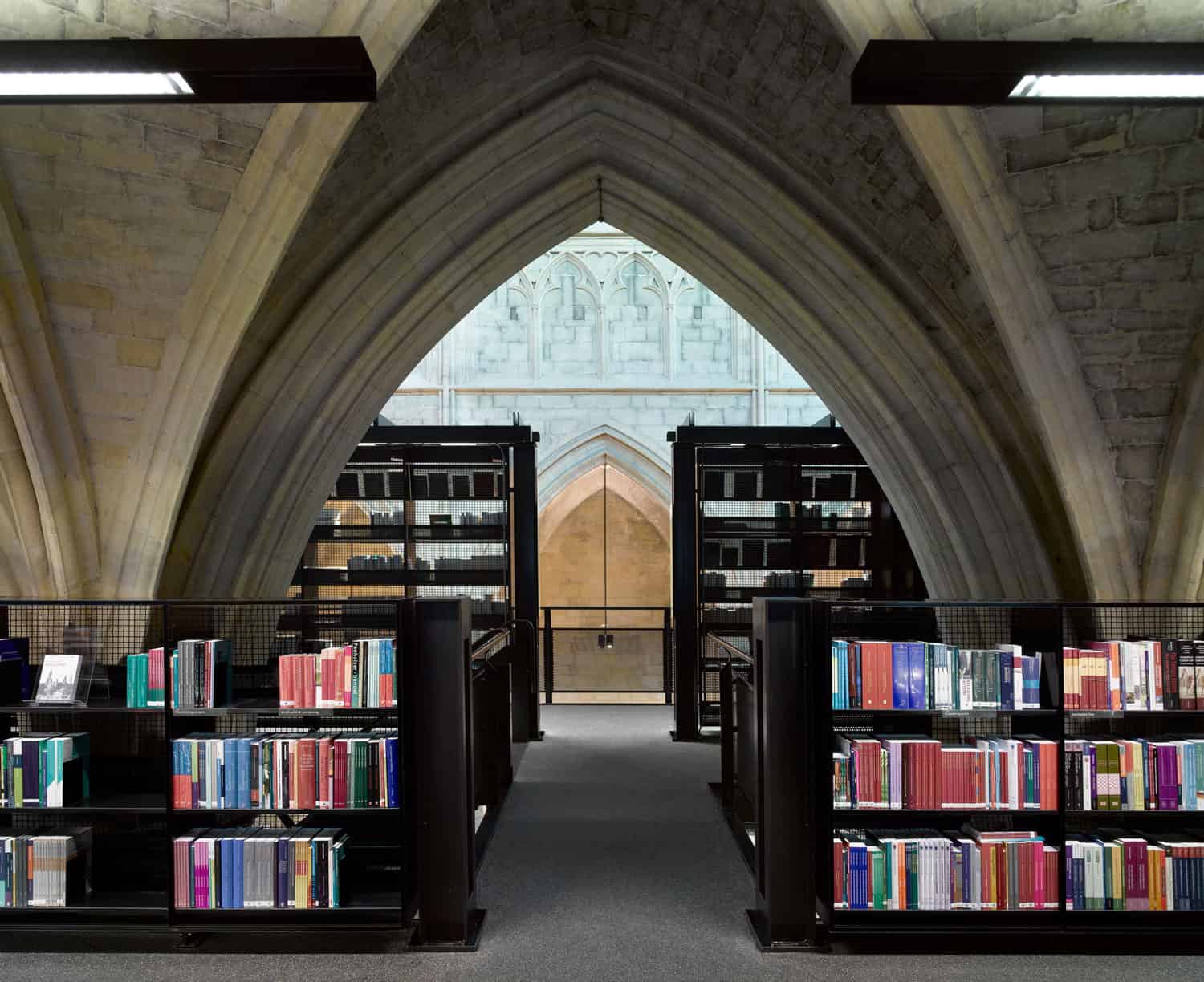 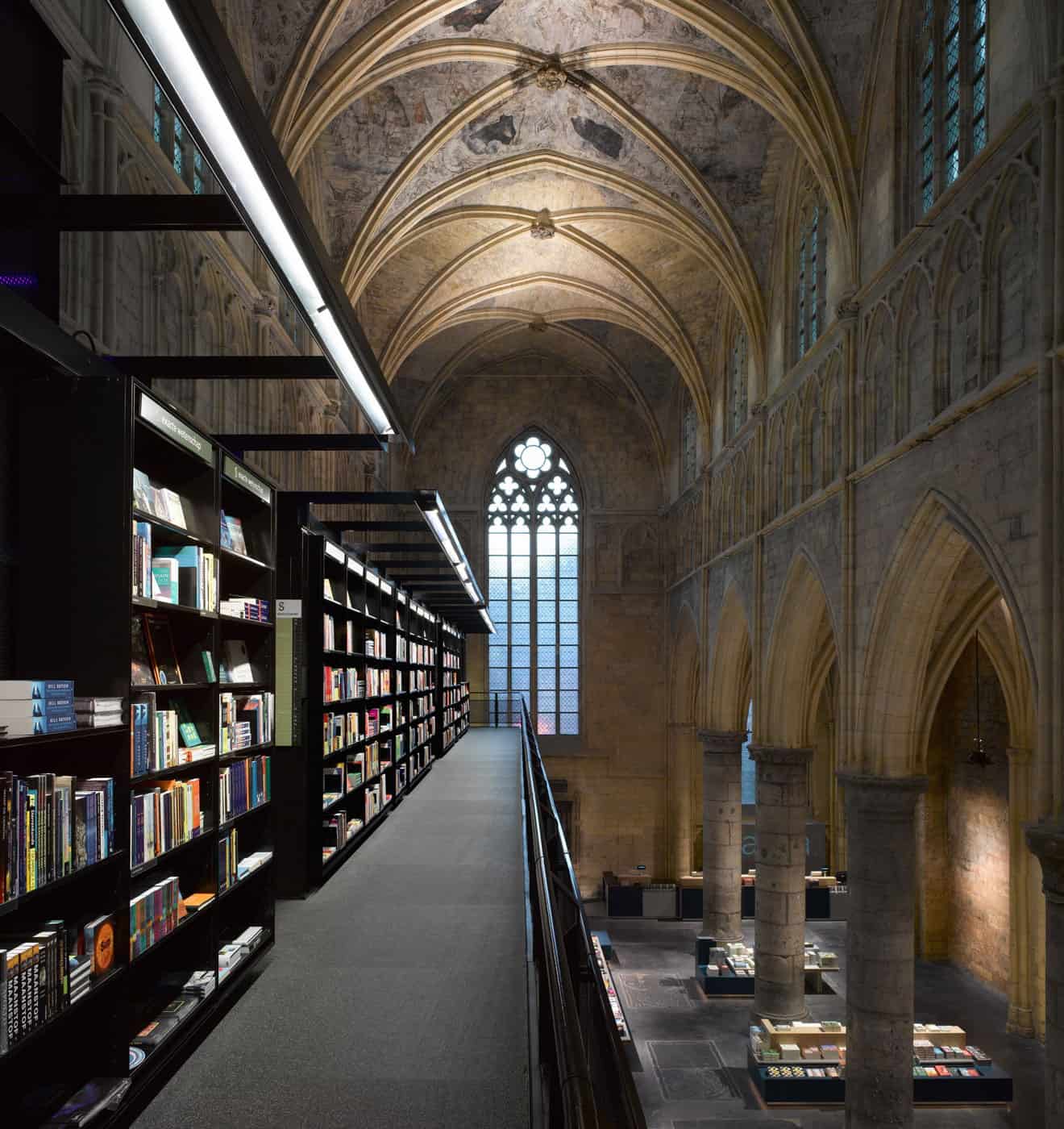 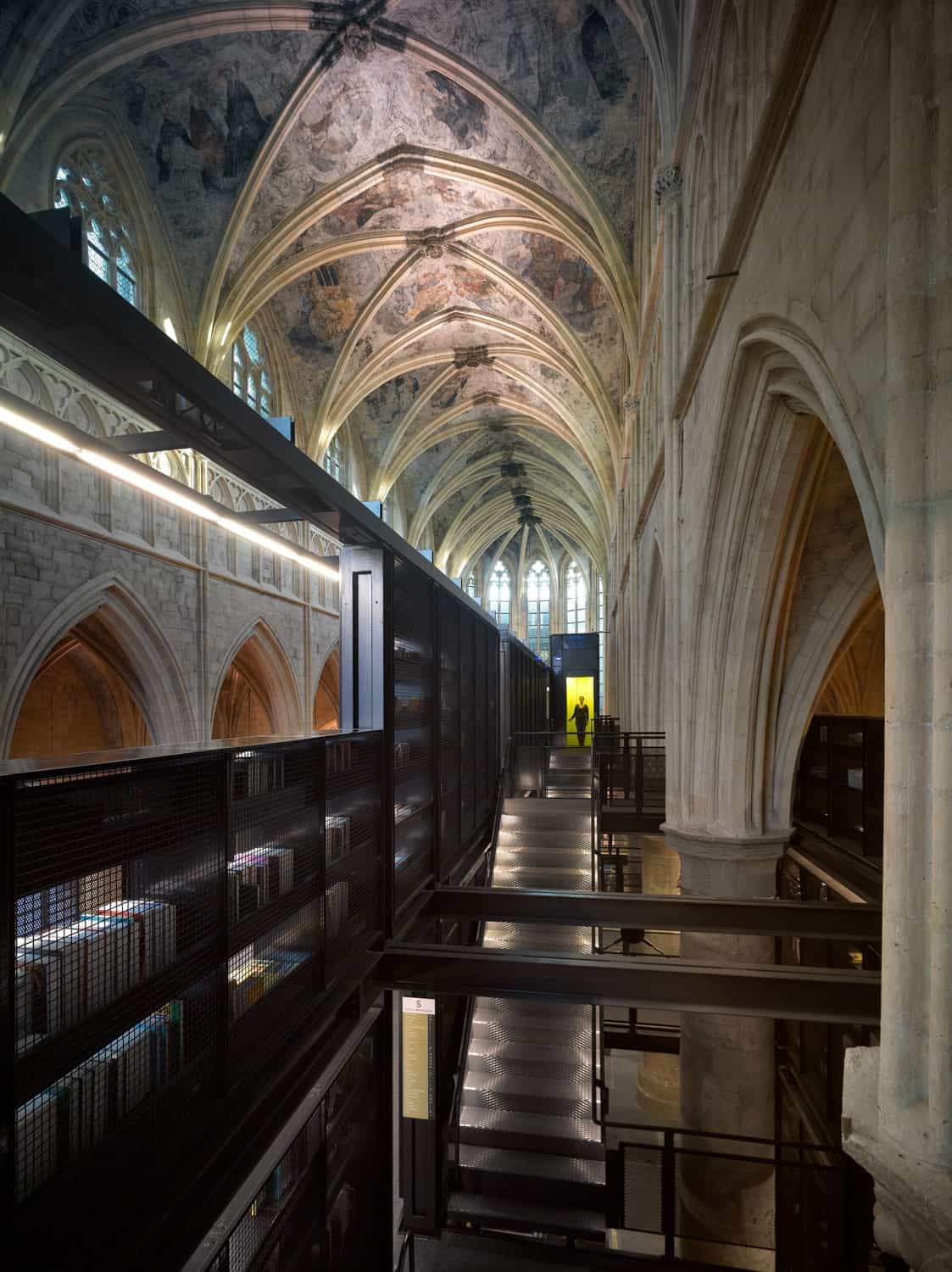 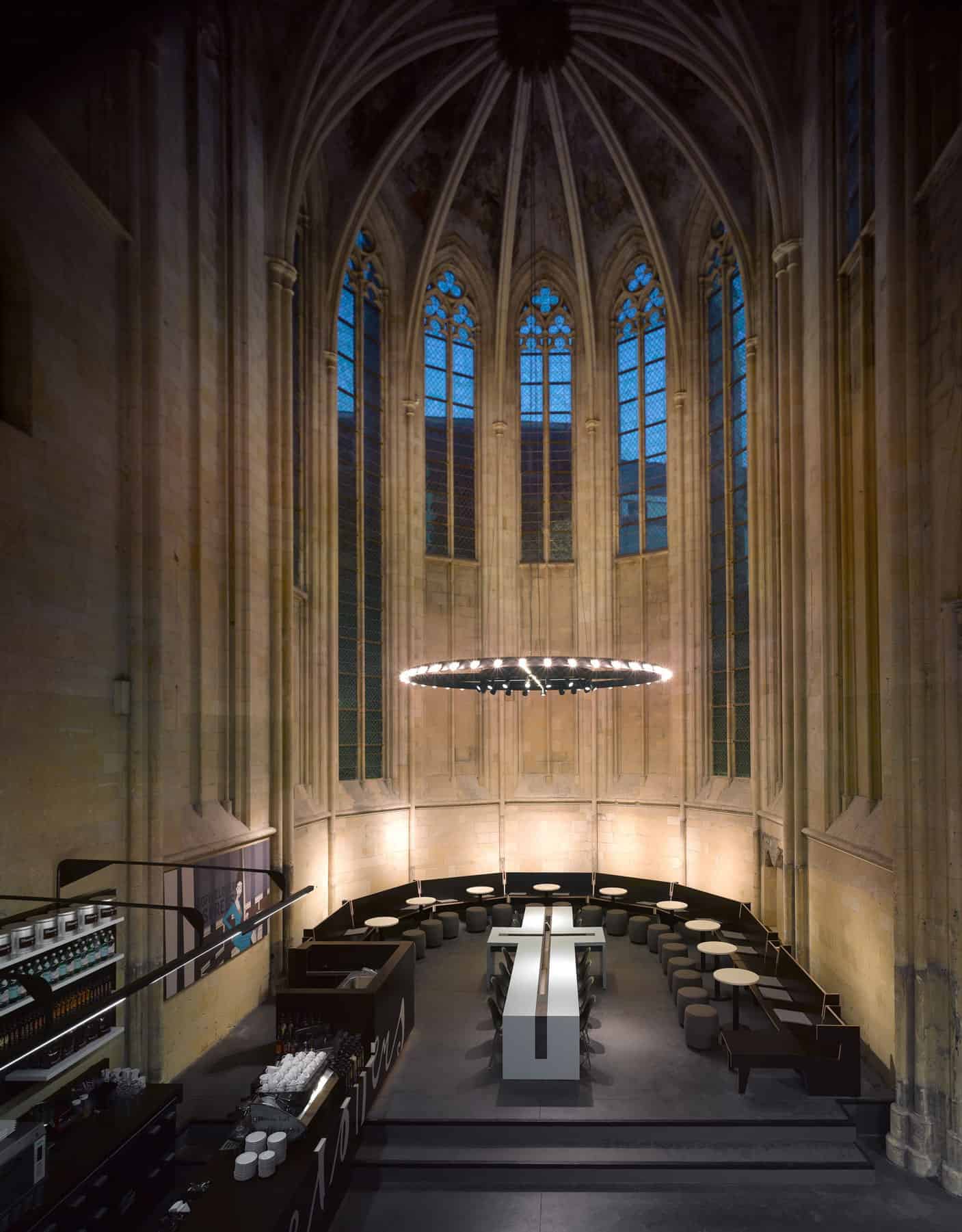 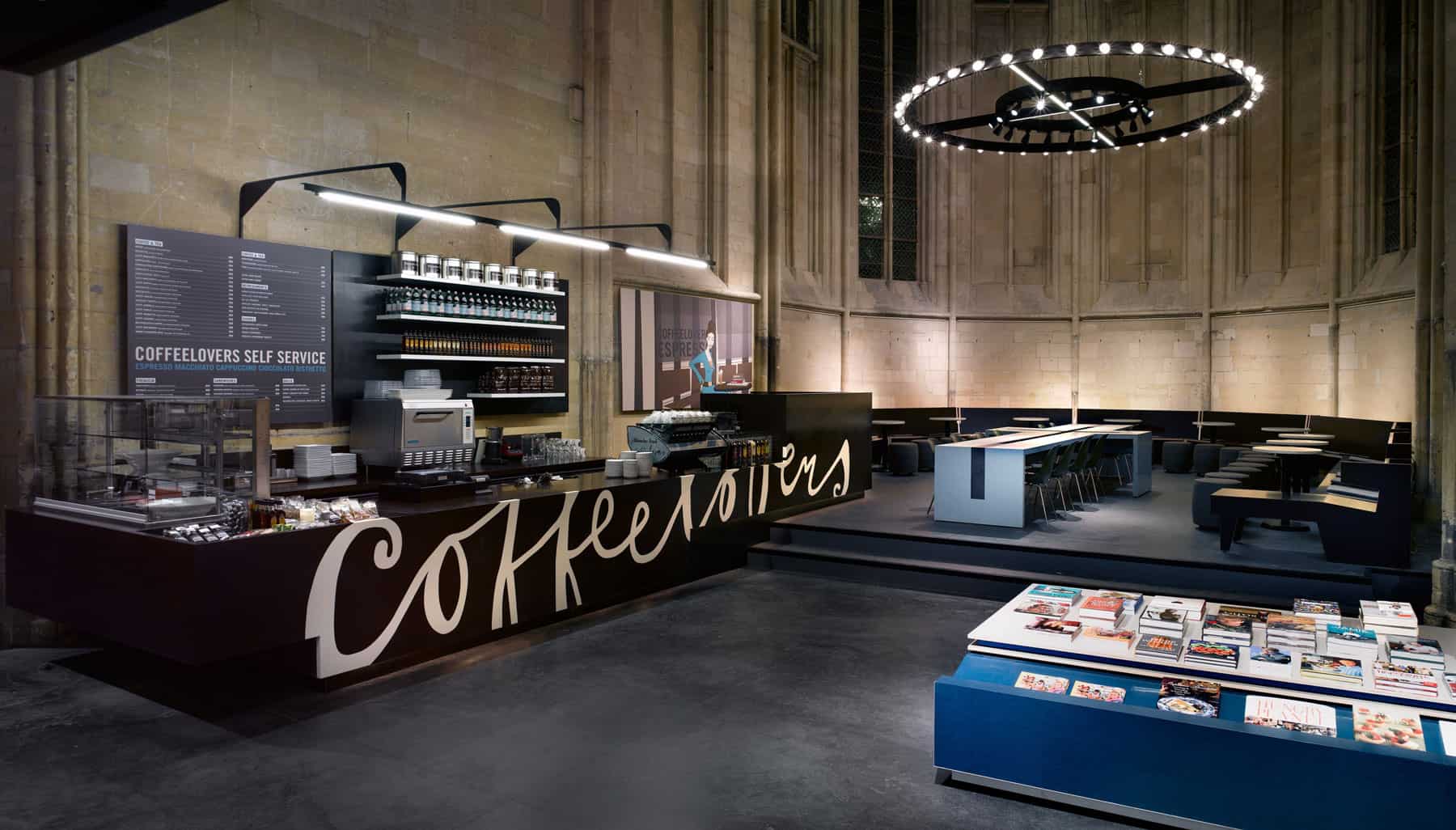 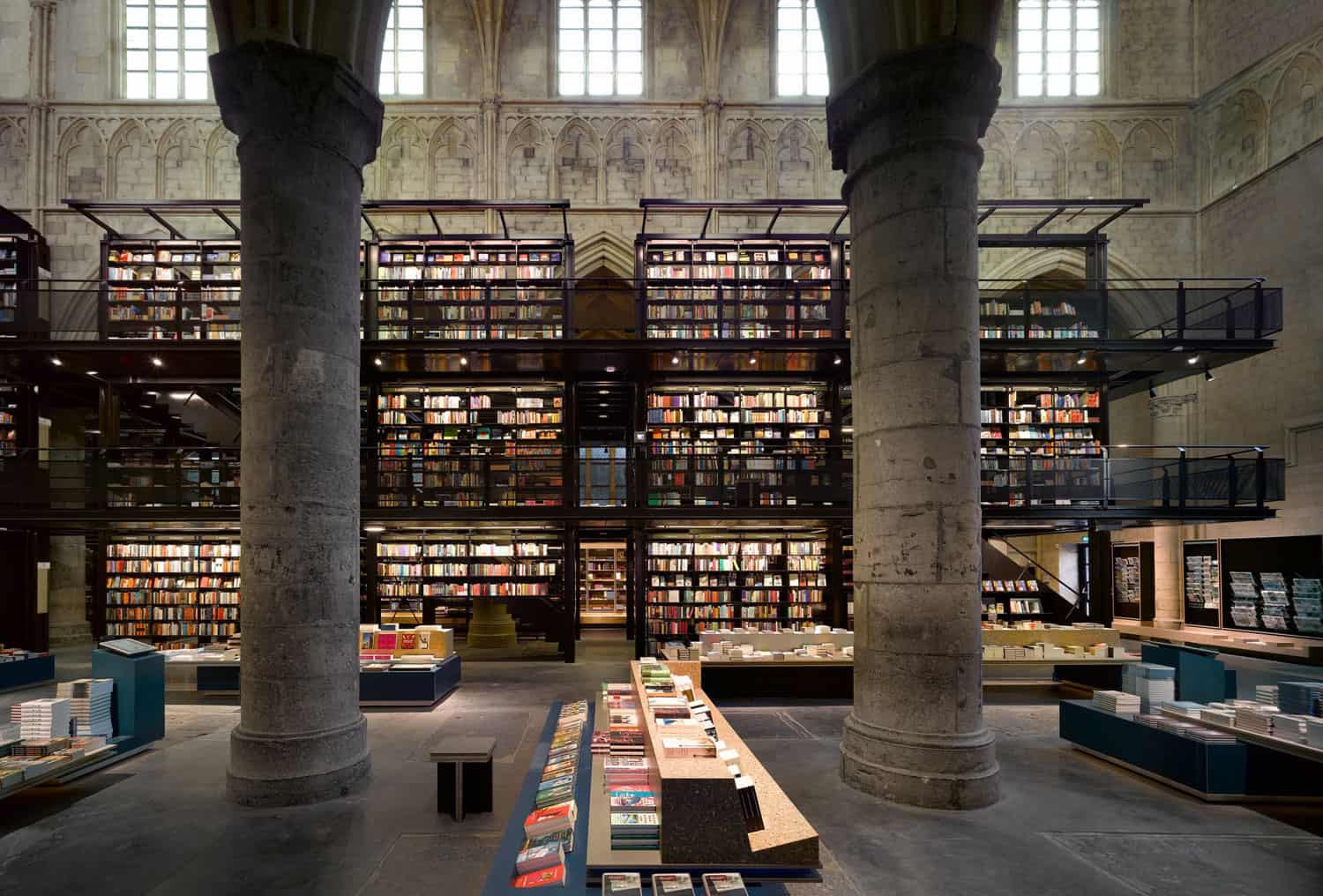 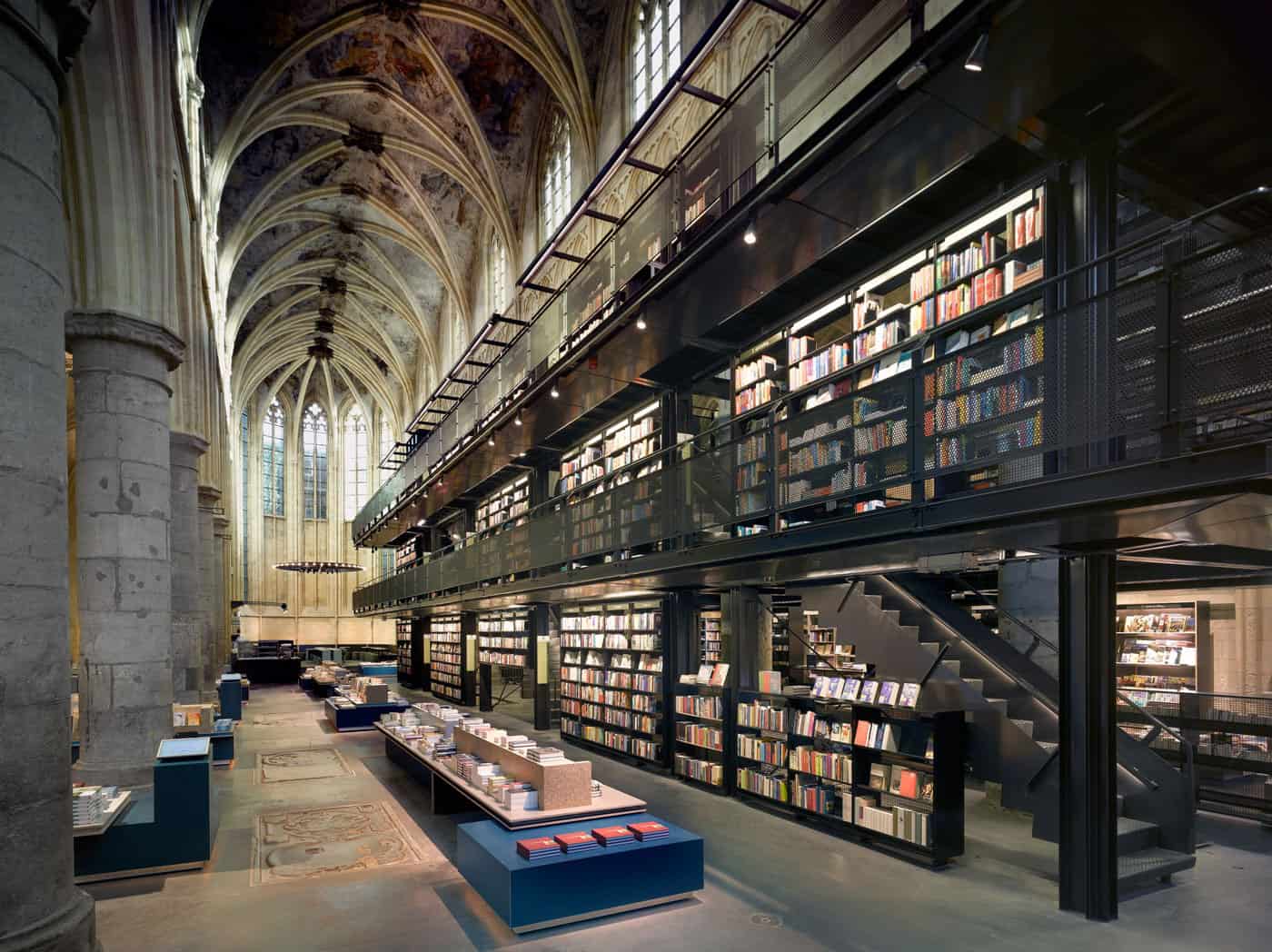 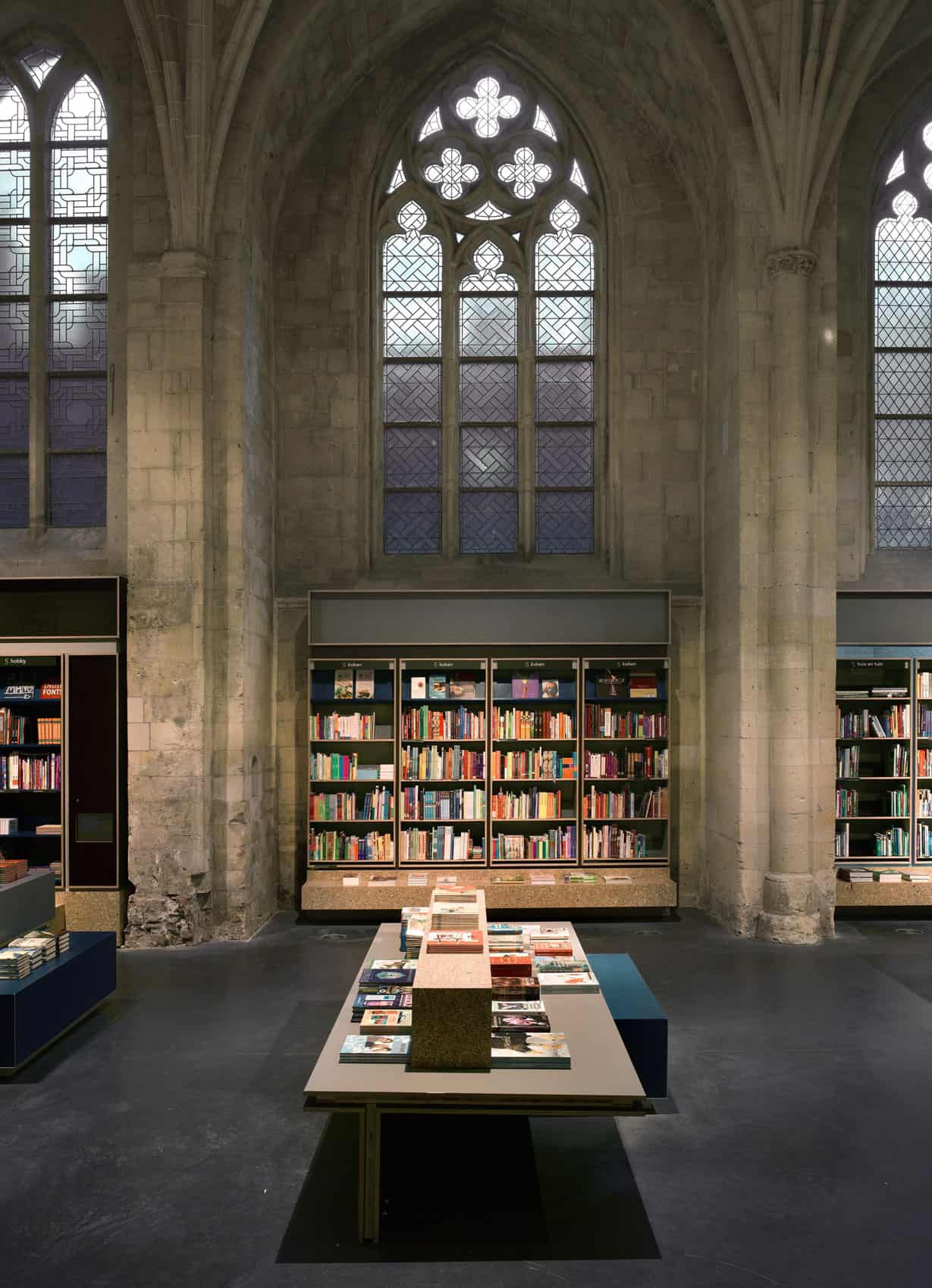 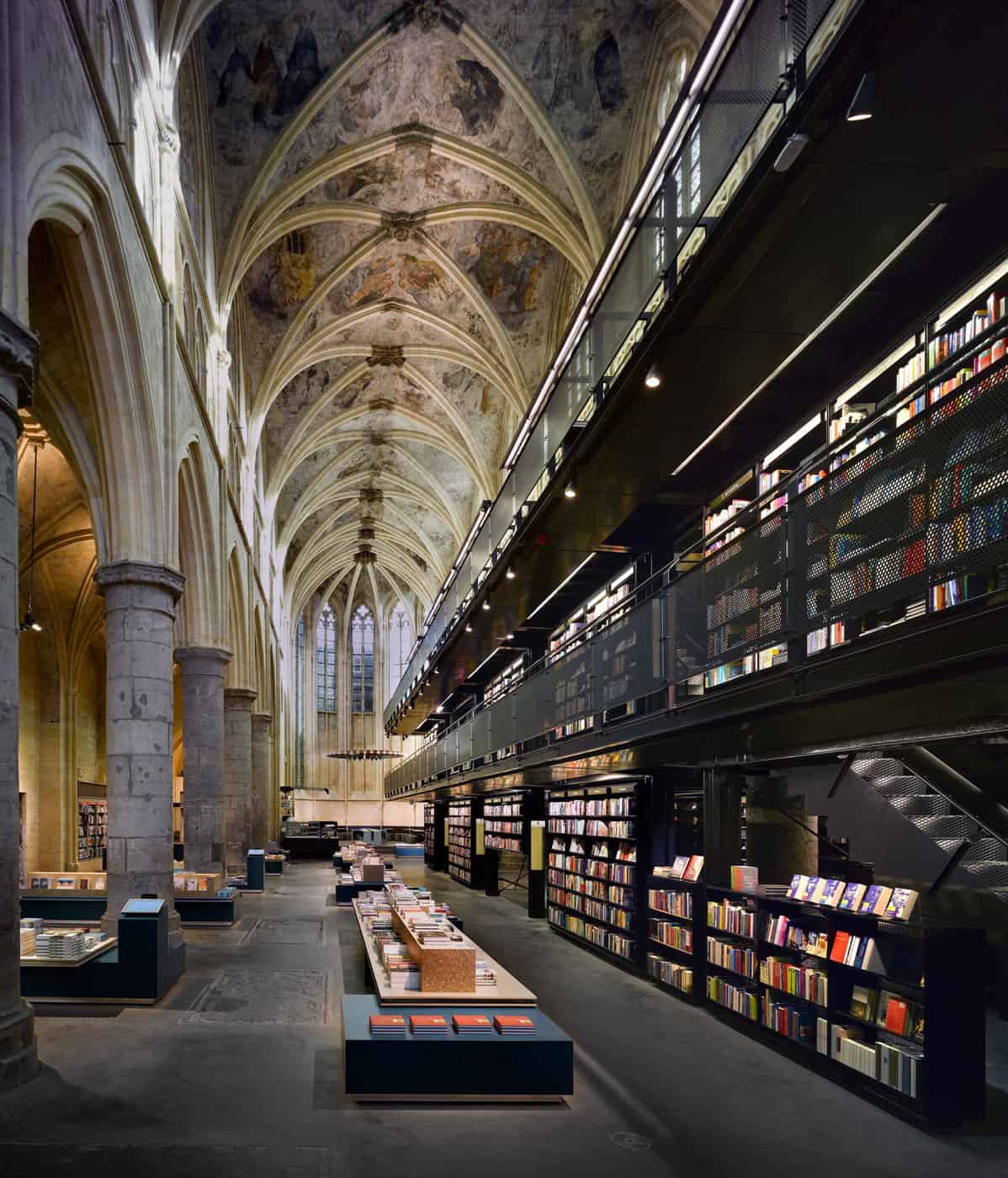 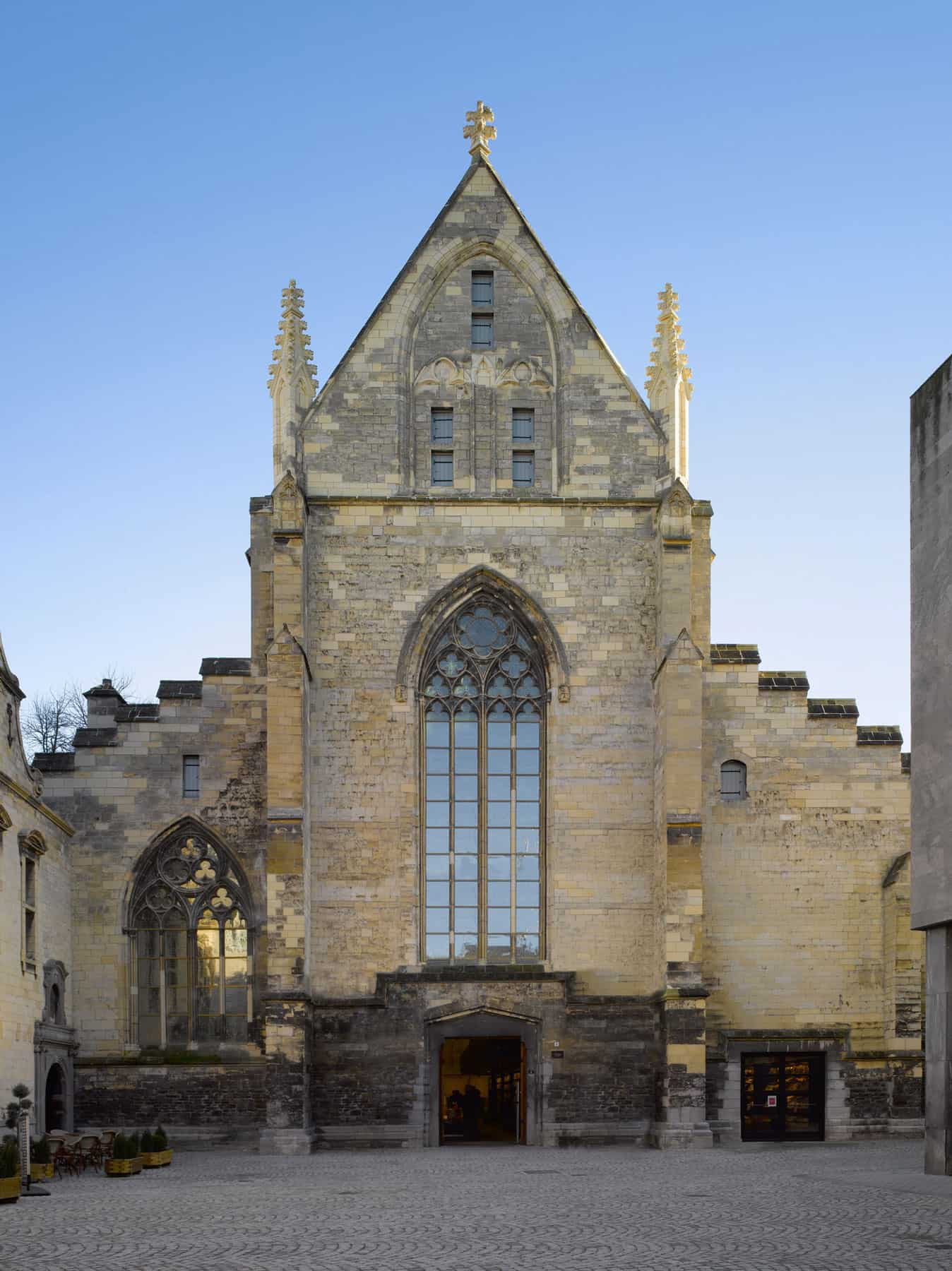 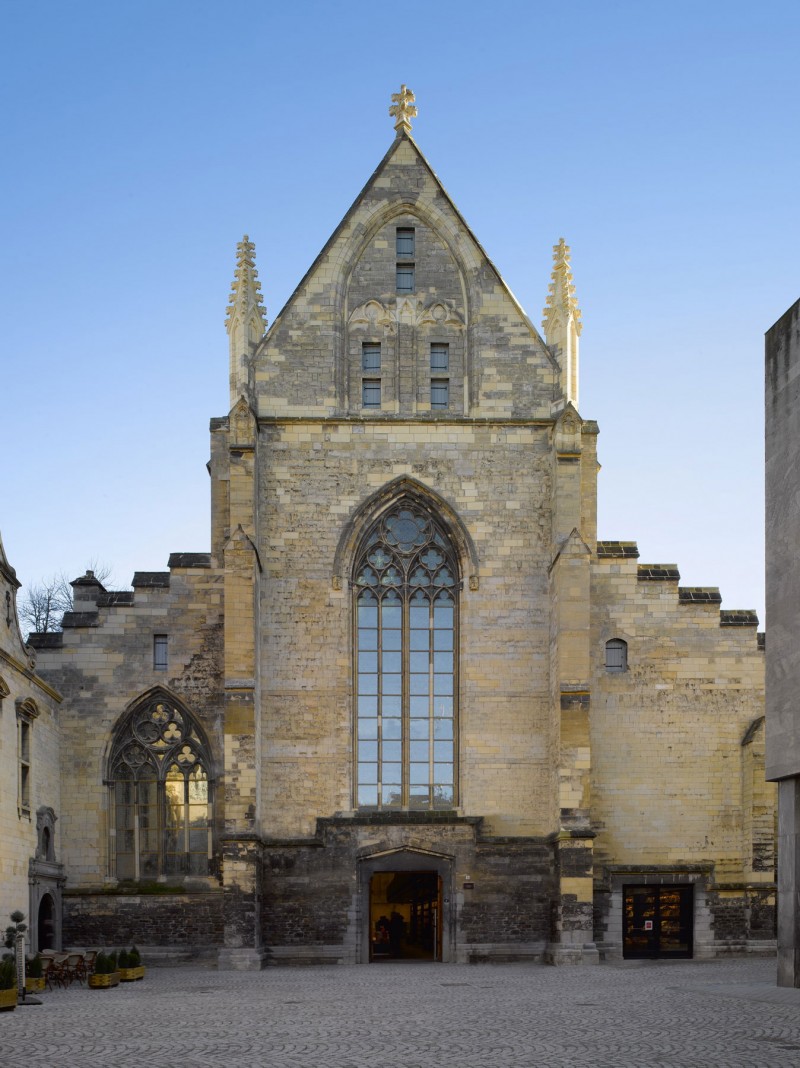 “13th century gothic architecture becomes a bookstore through continuos dialogue between history and modernity. In Maastricht, Selexyz Dominicanen is a project with multiple souls, where tradition and innovative solutions come together over a good book and a good cup of coffee.

In the Classical world, Mercury, the god of merchants, was also considered the messenger of the gods and the protector of swindlers. Since then, trade has been traditionally labeled as “amoral,” a notion that gained ground during Christianity, when St. Nicholas was named the patron saint of thieves and merchants and St. Thomas Aquinas concluded that traders would be kept from entering the Kingdom of Heaven seeing that temptation figured as an integral part of their profession.

The disorientation visitors encounter upon entering the Selexyz Dominicanen bookstore in Maastricht is likely atavic in nature. The building that houses the store is in fact a Gothic church consecrated in 1294 by the Order of Predicators founded by St. Dominic. The church has not hosted a religious function since 1794, when the church was confiscated by Napoleon’s army for military purposes. Since then, the space has been used as a town archive, warehouse and even an inglorious site for bike storage. In 2005, Boekhandels Groep Nederland (BGN) decided to give new life to the building by transforming it into what is now one of the world’s most incredible bookstores.

The interior design by the Amsterdam-based firm Merkx+Girod Architecten creates retail space by taking advantage of the spatial magnificence of the church’s architecture. To satisfy BGN’s need for 1,200 m2 of selling space and given that the church’s floor area is of only 750 m2, Evelyn Merkx and Patrice Girod thought to insert an over-sized walk-in bookcase. The two upper levels therefore compensate for the lack of surface area, enabling the transversal use of space.

The imposing bookcase created by Keijsers Interior Projects is positioned on the right side of the building, between the central and lateral naves, and encompasses the stone columns. A series of stairs lead visitors up the black steel walk-in bookcase, providing an up close and personal view of the vaults of the nave, enthralling them with a nearsighted view of the frescoes and revealing an unknown perspective. In stark contrast, the left side of the church retains the original height of the building with low tables placed parallel to the central nave as if to lead the visitor toward a sort of hypothetical altar. The left nave features low, horizontal tables and vertical book shelves along the walls to create thematic islands separated by the steady rhythm of the columns. The lighting, which is an all but integral part of the store’s design, manifests itself in the chorus by way of a traditional chandelier above the crucifix-shaped table located in the café area. Here, with the left side housing the bar area, a series of tables, poufs and armchairs mimic the curved line of the chorus to a raised platform.

The Selexyz Dominicanen bookstore, for which Merkx+Girod was awarded the Lensvelt de Architect prize in 2007, welcomes about 700,000 visitors each year and showcases 25,000 books and 45,000 volumes.”