This contemporary home, located in Echo Park, Los Angeles, California, is named “Eels Nest” because of its location on an exceptionally narrow lot. 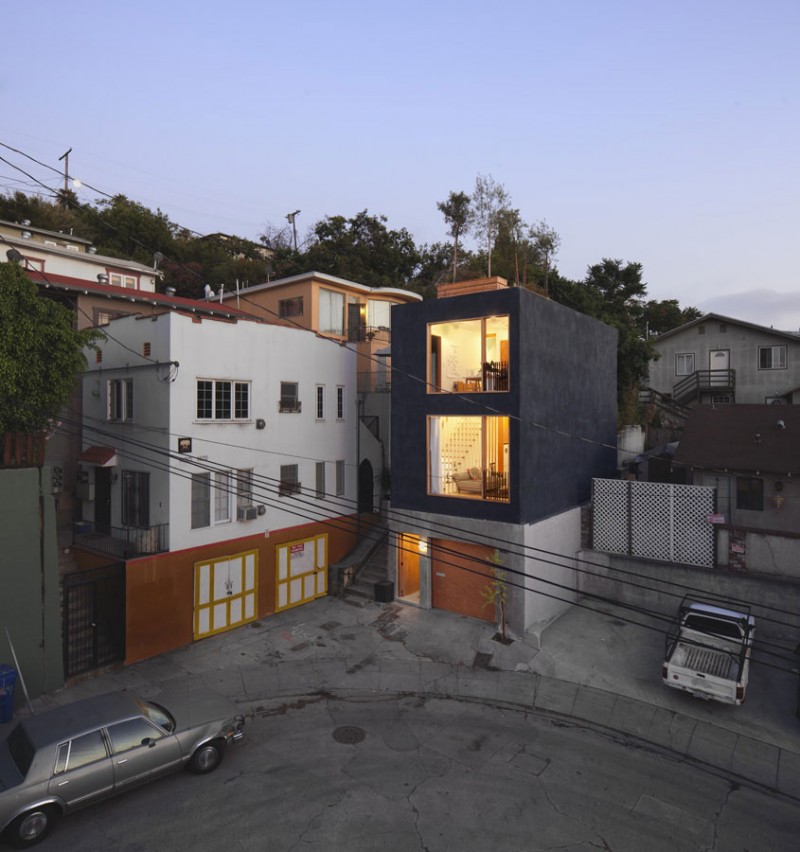 “The name Eel’s Nest is often given to very narrow lots in Japan, those typically 3 meters or 15 feet in width. The width of this lot in Echo Park is exactly 15 feet and architect Simon Storey felt it was the perfect site to experiment with compact and efficient urban living. By building vertically, simply and minimally, he was able to use every square foot of space to create a live-work house.

The lot size is 780 square feet and the original building on site was around 370 square feet. The permit from 1927 shows a small house on it’s own lot, which this rules out the possibility it was a carriage house. Its data was so unique that employees at the building department said they had never seen anything like it.

In order to maximize the site and expand by an additional story special permission was required by the planning department. The original house was completely demolished except a few walls in the basement, which are still visible. Because the house is built to the property line the code requires that the house be fire rated on the exterior. To solve this challenge, Simon clad the house cement plaster for fire resistance.

The interior space has now doubled. Warm wood floors and cabinets run through every level and light penetrates into the living and first level spaces by creating an open stair at the 2nd level. A roof deck, which rises above the dense urban development, has views that extend as far as the Hollywood sign and the San Gabriel Mountains.”