The original structure of this project, located in Utrecht, the Netherlands, was built in the 17th century.

It was redesigned in 2012 by Rocha Tombal Archictects to be a contemporary home that maintains a few traditional elements. 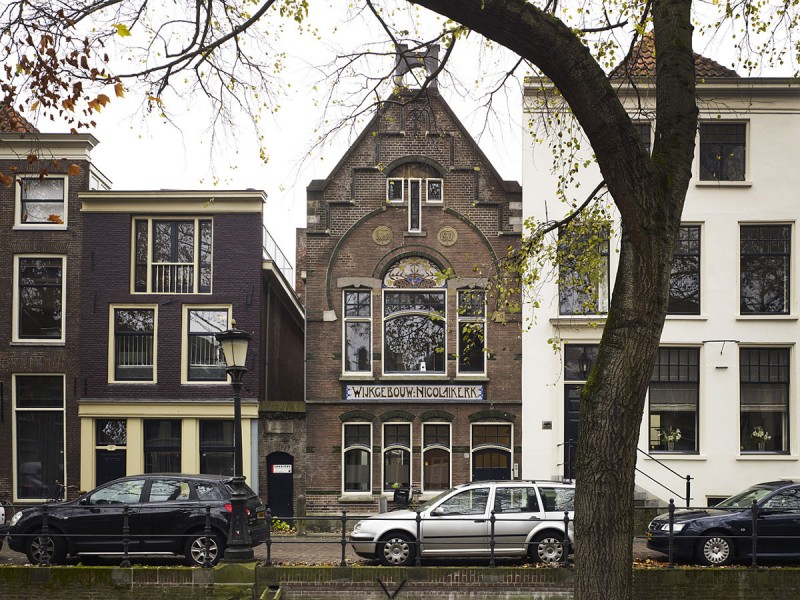 “The commission consists in the transformation of a monumental building from the 17th century which until 1948 was used as a community centre from the “Nicolai-church”. The monument was originally built with two parts: the front-house which received later an art-deco façade and, separated by a patio, the back-house and garden.

In the last decades several renovations took place which destroyed the clarity of these spaces. The situation in which we found it, with plenty of small divisions, allowed almost no contact between the front and back parts. The living functions were concentrated on the extreme facades enjoying the natural light, while the areas in between were too dank to be used creating a central barrier. The clients wished to create one united space with good light conditions.

By removing some of the inside walls and enlarging the doors towards the patio, the natural light was finally allowed to penetrate the centre of the house; in this way, and now enjoying the total space, new distribution alternatives were made possible. Finally, in order to connect front and back in visual and physical ways, we proposed to design a continuous organic closet from front to back, where all facility’s inclusive staircases were introduced.”

SO Architecture Designs a Contemporary Residence in a Young Residential Neighborhood Outside of Yehiam, Israel

Apartment in Moscow by Alexey Nikolashin