Completed in 2009, this 2,500 square foot, two story, contemporary home is located in Bedford Hills, an unincorporated hamlet in the Town of Bedford, New York, USA. 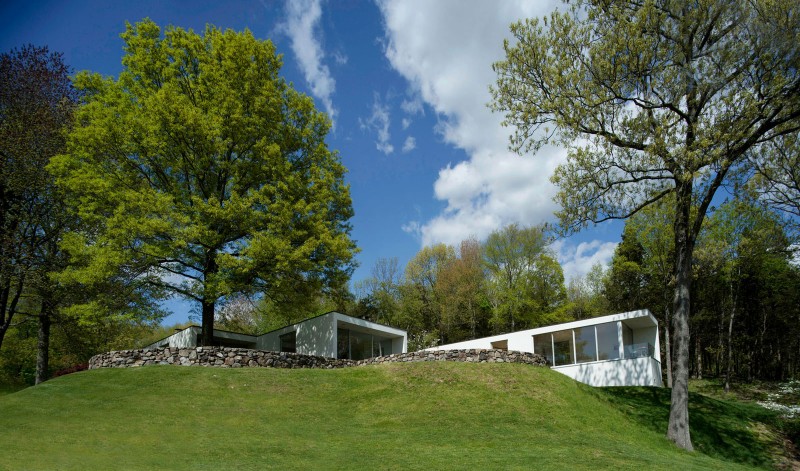 “Robert Siegel Architects was asked to design an addition to the client’s existing residence, originally designed by Edward Larrabee Barnes in 1974.

The program included a new master bedroom suite, which raises the floor elevation higher than the rest of the house and captures additional views overlooking the Hudson River Valley.

Studying the original design of the house led to the placement of a fifth organizational “bar” to the east side, near the quiet wooded side of the site.

The addition extends further south than any other part of the existing house, providing optimal views and privacy, while maintaining the massing of the house as one approaches from the north.

Wood cladding and full-height sliding glass doors are used to seamlessly integrate the addition with the existing house.”