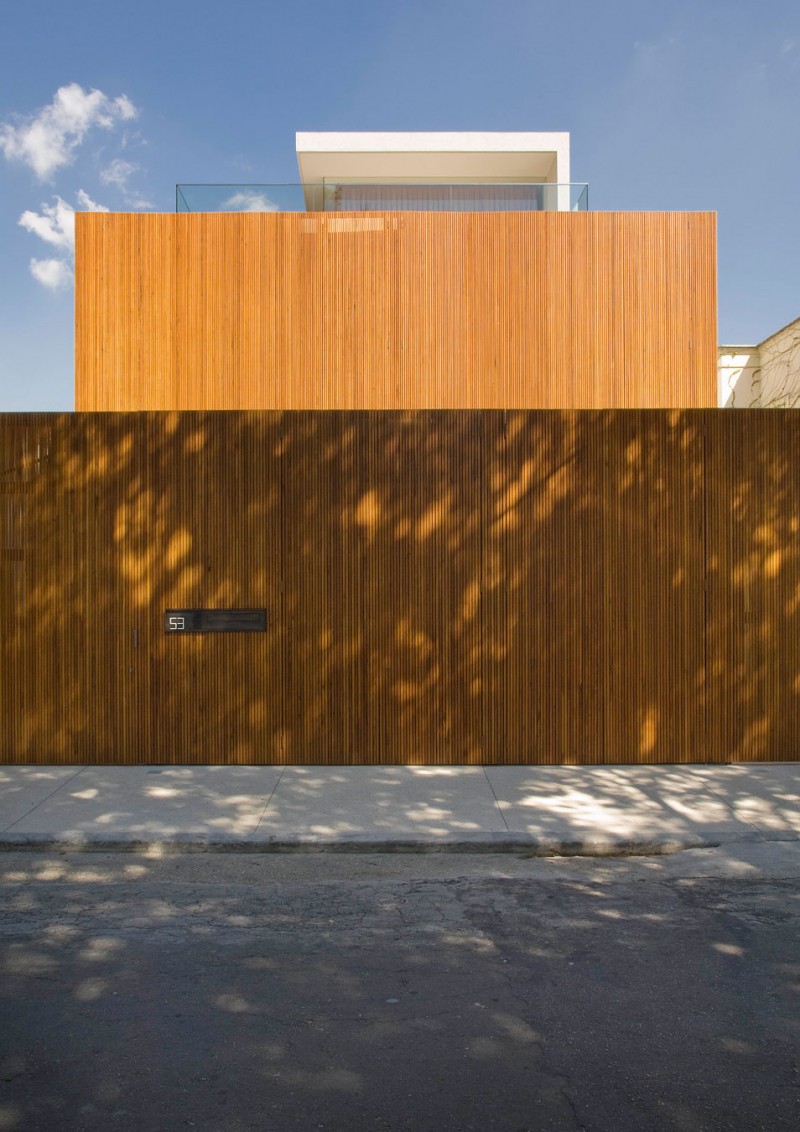 “The House 53 volumetry was defined following São Paulo city building laws and the site’s peculiar shape, which is just over 10 meters in front and approximately 30 meters in length. According to the legislation one can build in the neighborhood up to a two-floor building, settled upon the site’s lateral limits. A third floor is allowed as long as the lateral setbacks are respected.

The house was conceived as a wood and mortar monolithic block with another concrete and glass volume upon it. Due to the ground’s small front and volumetry, the box’s two edges had to make the most of light’s entrance, which explains the large windows. It was also desirable that these windows would make it possible to darken the internal environment whenever needed.

The house’s inferior volume, which comprises the living room on the first floor, and the bedrooms on the second floor, is a glass box with wooden brises that open as folding doors. The rooms’ front and back facades were designed to be completely closed or opened.

From the outside, when the brises (and the front wall, which follows the same language) are closed, it´s impossible to distinguish the openings, and all wooden surfaces make up a pure single volume, without bumps. When these brises are opened, the house looks like a large wood folding.”