Simpraxis Architects created this contemporary home in 20122 for a young family in Nicosia, Cyprus.

It is a ‘half-plot’ project, meaning that it shares the site, as well as a wall, with a neighboring residence. 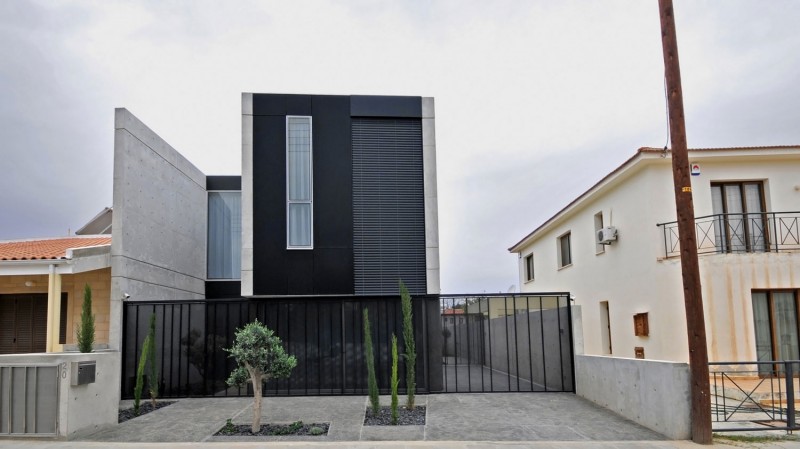 “The house was designed for a young couple and their daughter and is situated on the outskirts of Nicosia. The house falls into the category of ‘half plots’ where two distinct residences are constructed in the same plot and share a wall, also allowing for a three meter setback on the plot’s periphery.

The interplay between indoors and outdoors within the residence, as well as the variable relationship between the house and the neighborhood, are themes investigated in this project.

A system of sliding perforated metal panels on the street facade, retractable shading devices on the upper floor as well as curtains on the ground floor can determine the house’s relationship with the street but also between the different functions within the residence.

A seemingly impenetrable shell during the day can be undone at nighttime when street traffic is limited, thus opening up a different relationship with the neighborhood. Thus, the curb and the street can become the front courtyard of the house.

The living area, kitchen, and circulation areas surround the outside courtyard on three sides. This allows for visual contact and movement between the different spaces and encourages the integration of outdoor space into the occupants’ daily life.

The kitchen protrudes into the yard, thus creating a communal center, surrounded by the courtyard space. The courtyard is also enveloped by the upper floor which contains the master bedroom and their circulation corridor.

The overhanging bedrooms provide peripheral shading around the kitchen, thus creating a more effective relationship between indoor and outdoor spaces.

A two-story high entrance space allows southern sunlight into the ground floor common spaces as well as the master bedroom.”
View in gallery 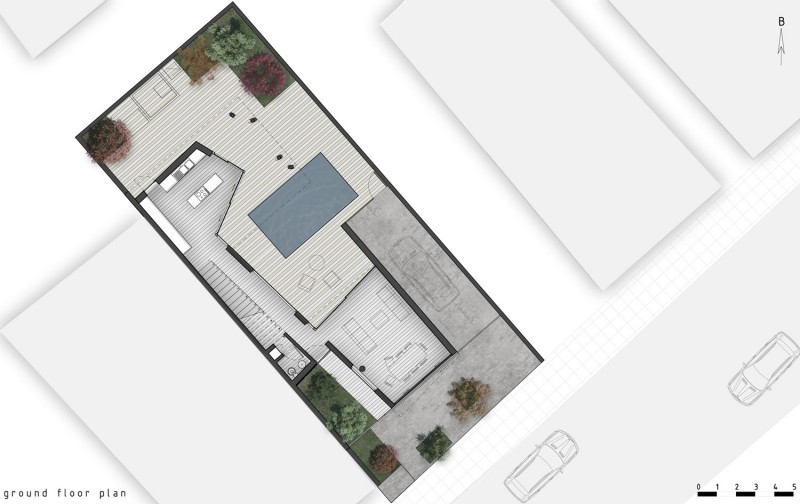 Residence in Glyfada by Dolihos Architects