The design is focused on the intimate relationship between the space and the sun. 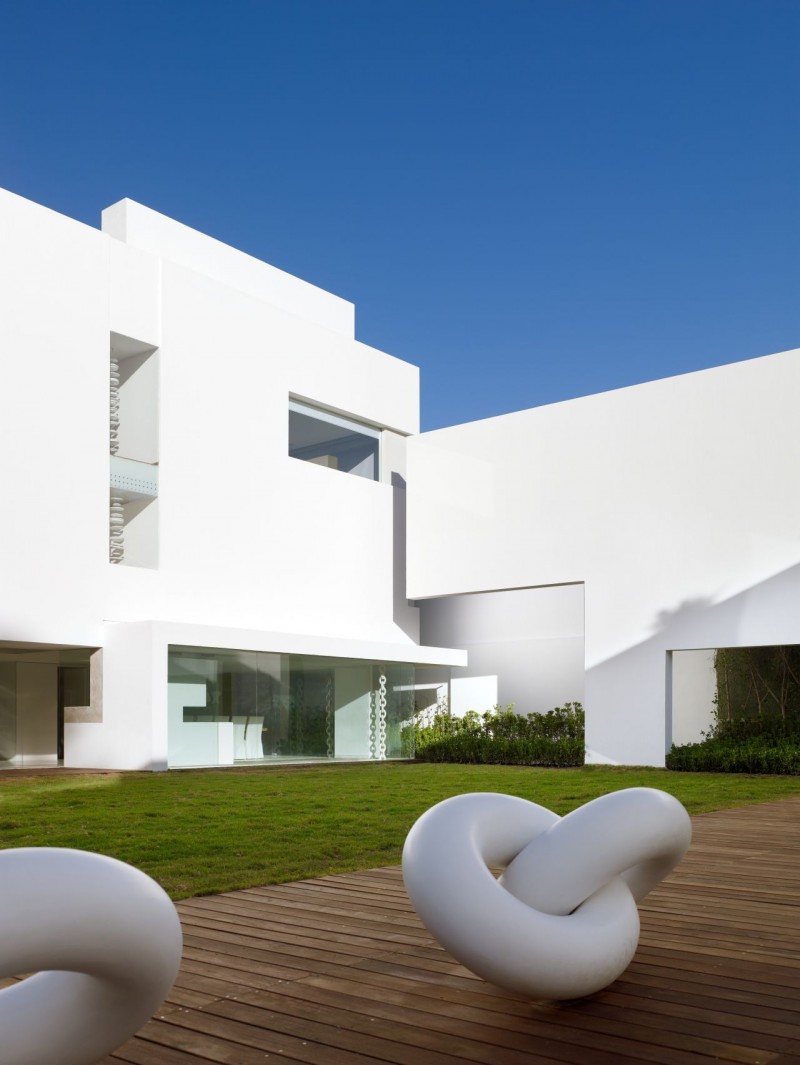 “Mexico is a land watched over by the Sun. Why not take advantage, then, of this legacy and make it a pro- tagonist, an accomplice of architectural space?

Why not let its powerful presence dwell in our interiors? Why not use sunlight to generate sensations, atmospheres? The Sun is to the architect what the compass is to the navigator; it is both the starting point and guiding principle behind all projects.

When viewing a property, the first thing you need to know is where [the sun] comes up and where it goes down; where you want its light to enter in the summertime and where during the winter. The Sun has to be captured, manipulated, seduced: its light stored. Not scattered, but softened.

This ability—the art of containing light—transforms the architect into a translator, an alchemist of sorts. As in navigation, latitude is the framework behind architecture.

In Mexico City, for example, homes are warmer towards the south: there is a continuous, powerful light that lasts while the sun is up. Western light, on the other hand, has a different color and duration.

Beyond a doubt, latitude is what colors the world. One of its consequences, climate, is a factor that generates customs with cultural aspects, cosmogonies. Light is a constant.

When distorted—modified in terms of frequency or wavelength—different colors and tones of light are achieved: yellow, blue, red… Thus the architect draws, paints with light, by taking it from dusk or dawn and allowing it to burst into spaces, reflected on walls as if they were canvases.”

One of the most striking aspects of Luis Barragán’s work lies in his handling of light. Many contemporary Mexican architects have made this a vital tool: they have gone down that same path and relearned that same lesson. Light can also become an enigma, given that there is more to it that meets the eye. Understanding light involves unraveling the concepts of space and time.

The latter is fundamental in architecture given that untime- liness, its opposite, is a plane; the equivalent of a bi- dimensional graphic, an inert vision of space. It is the conceptual element that communicates what the archi- tect wants to do in lines: his idea, his project. The only thing capable of breathing life into that spatial plane is time.”

Wonderful Villa on the Famous Island of Palma de Mallorca

Haus am Weinberg by UNStudio