The Margoliouth House by DLab 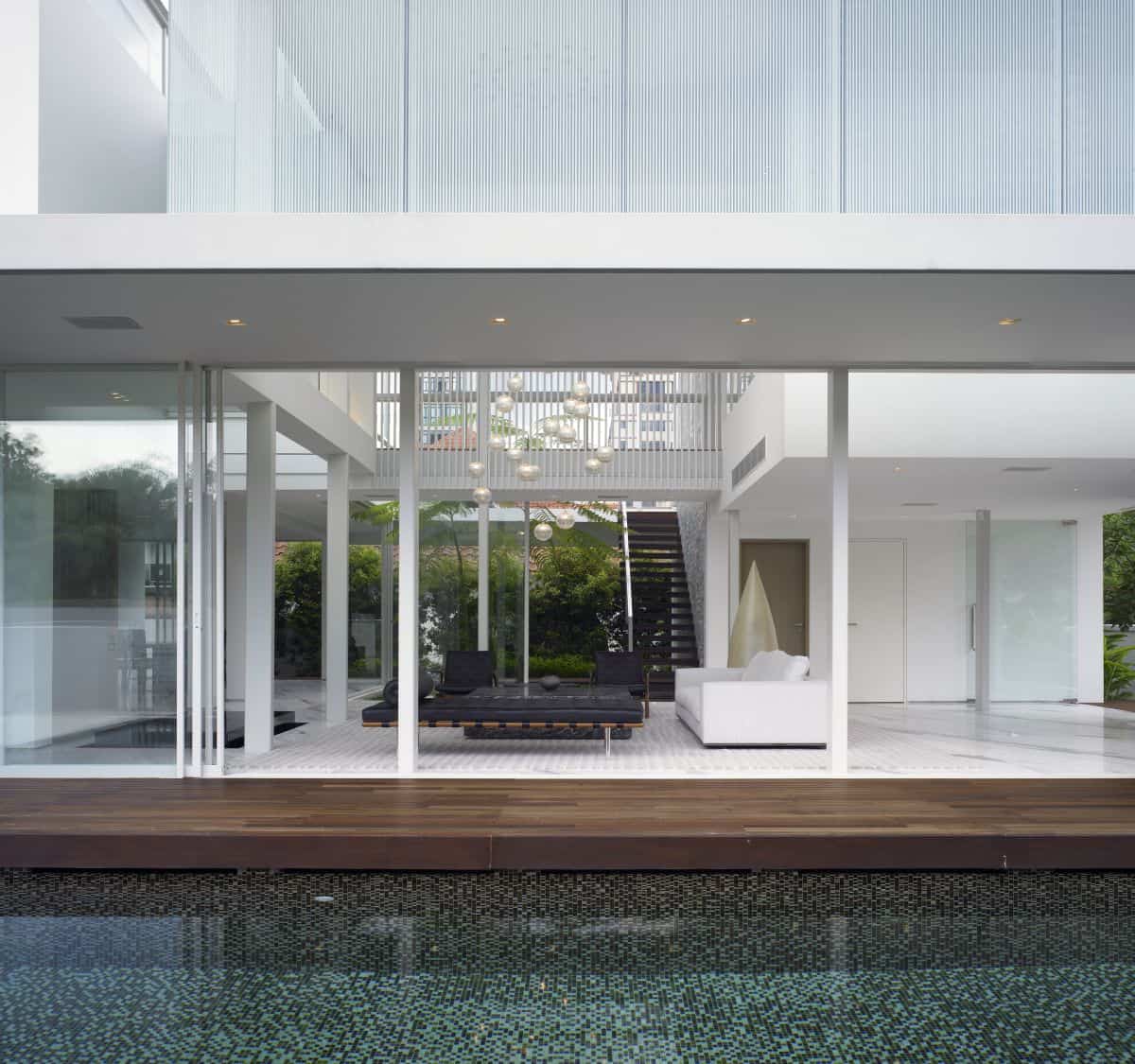 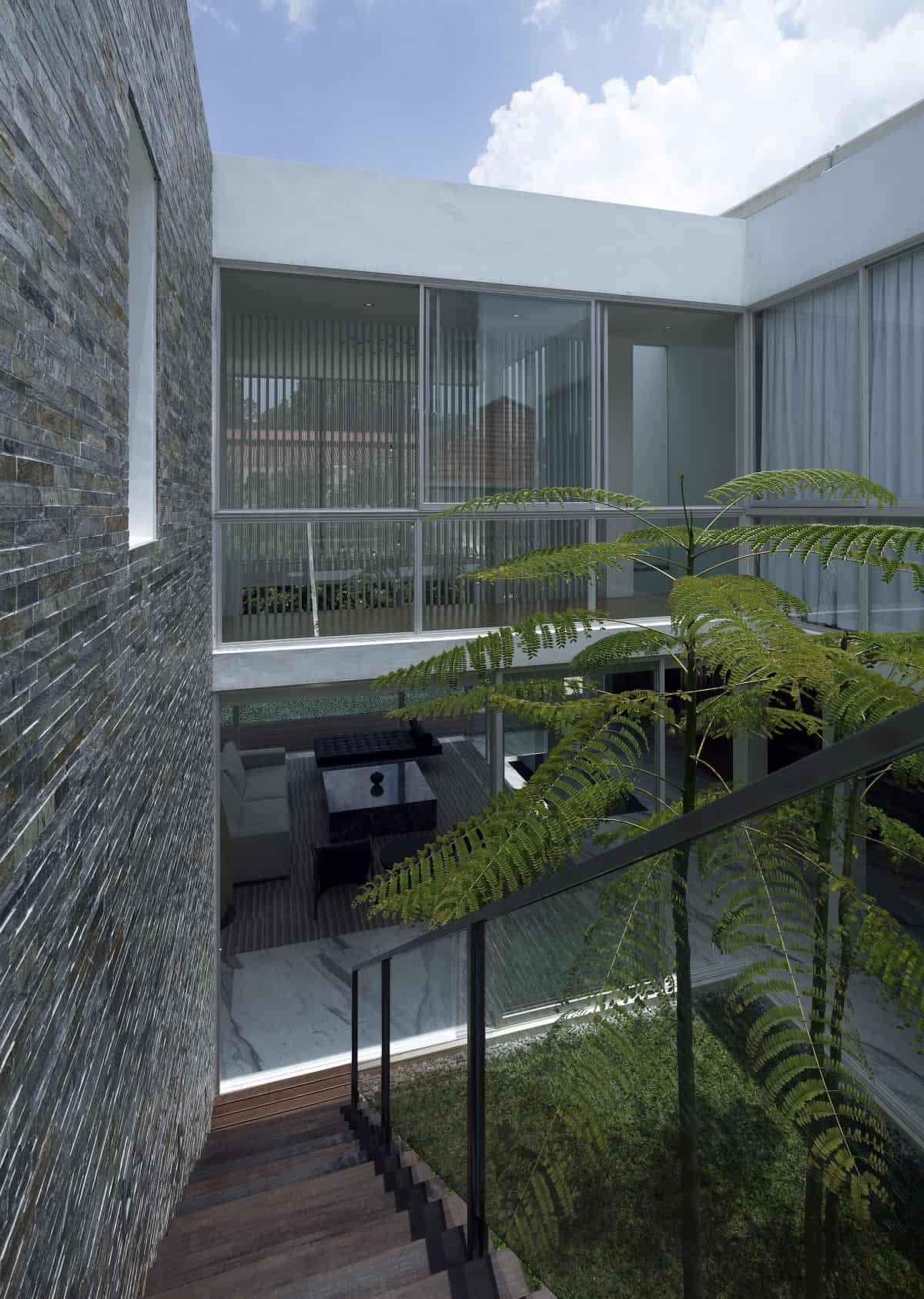 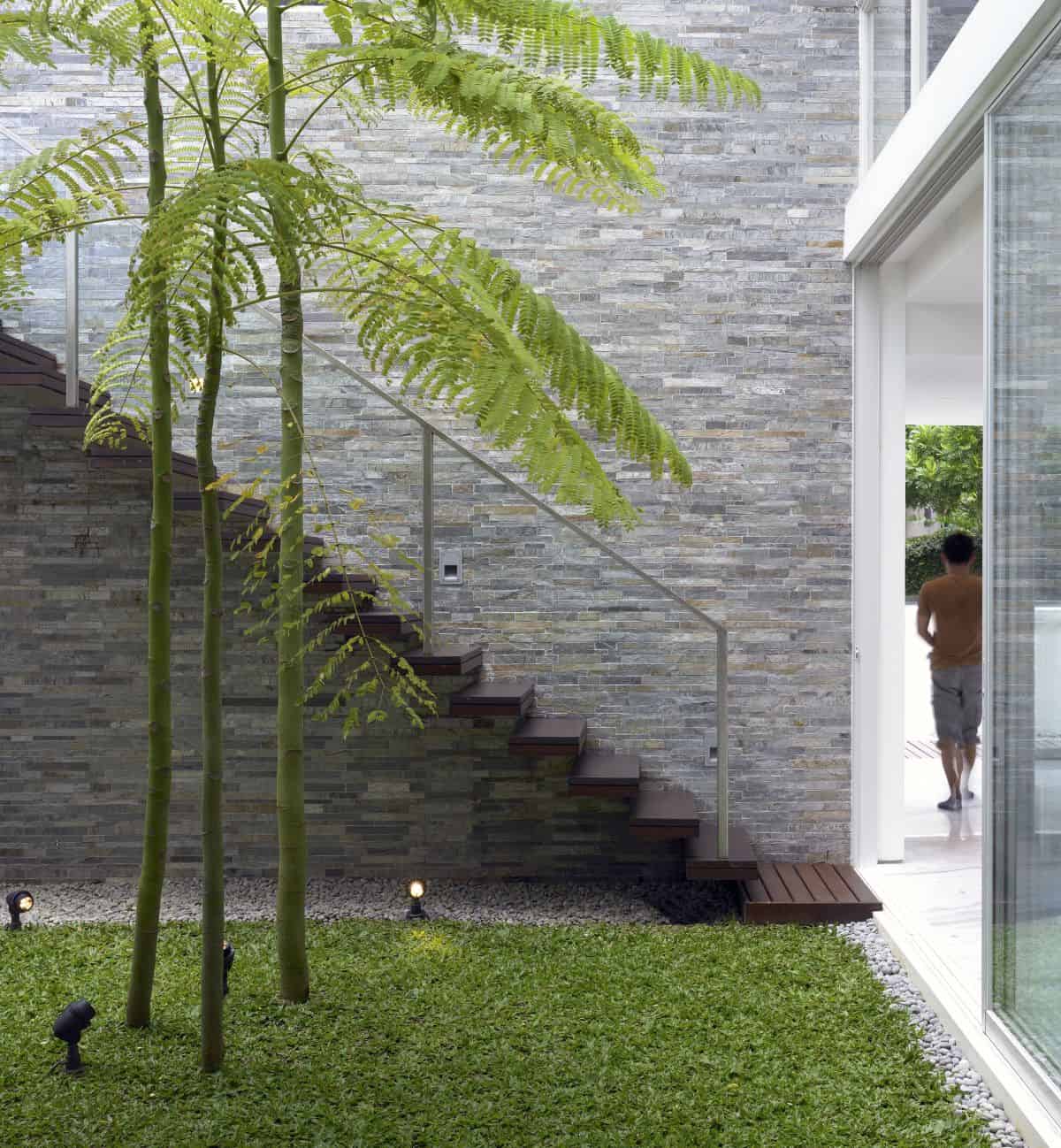 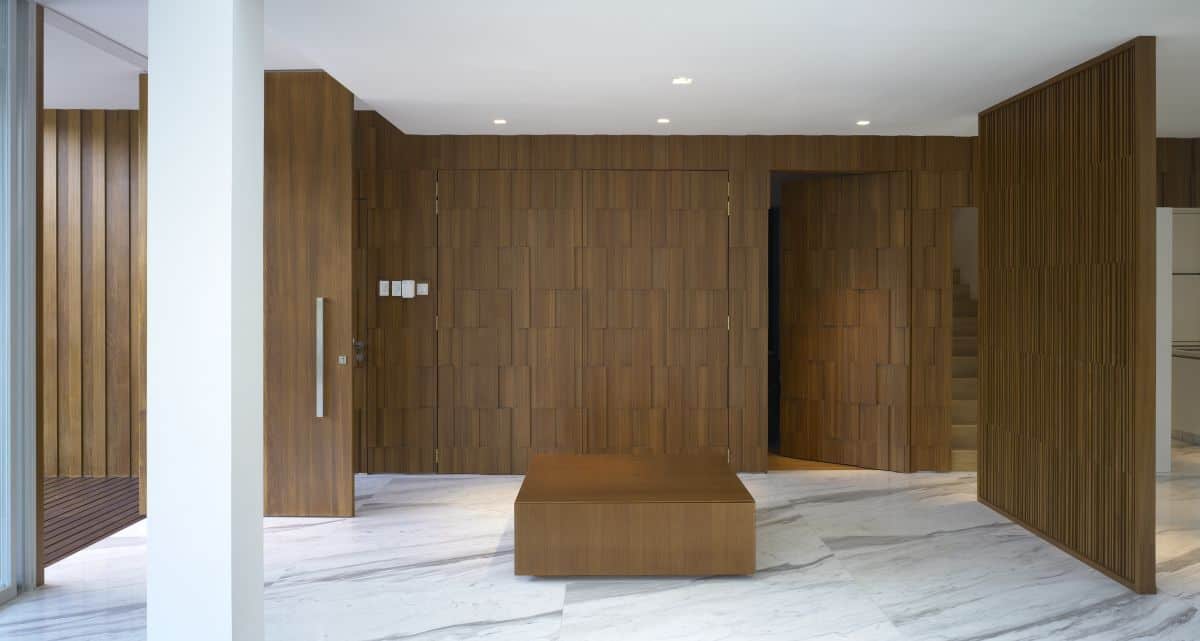 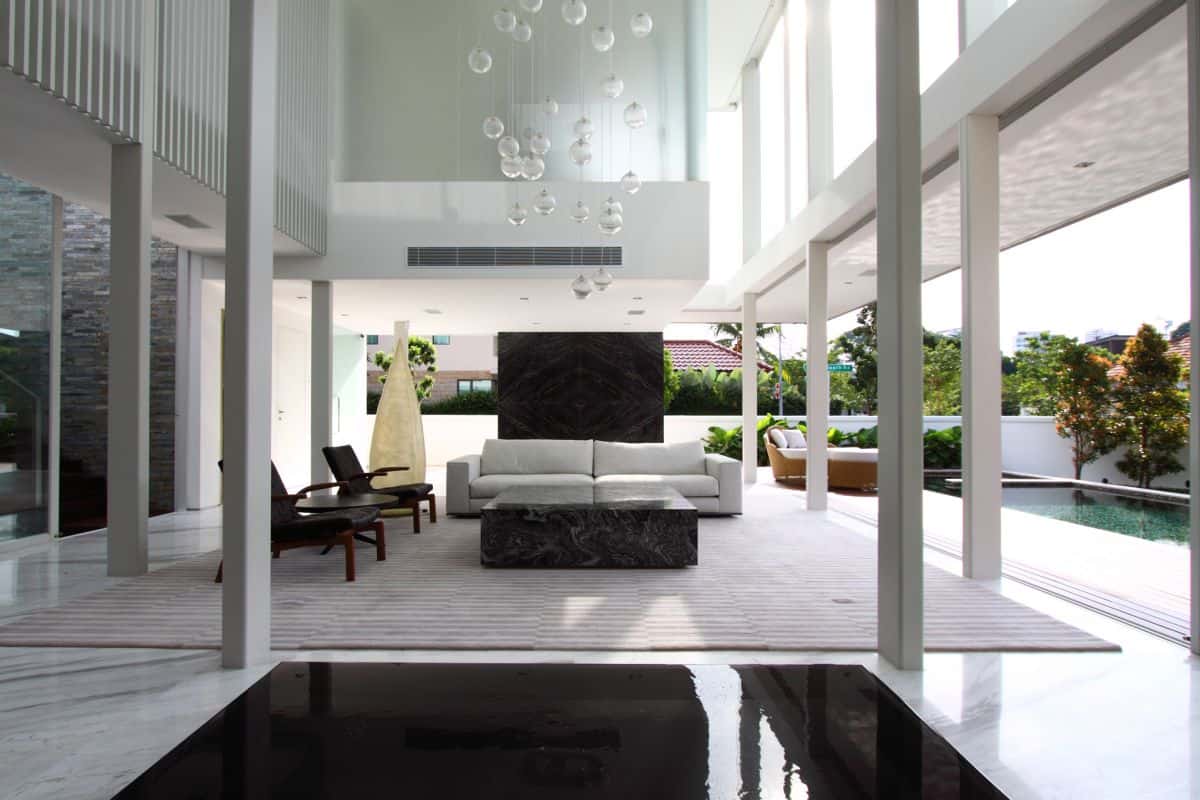 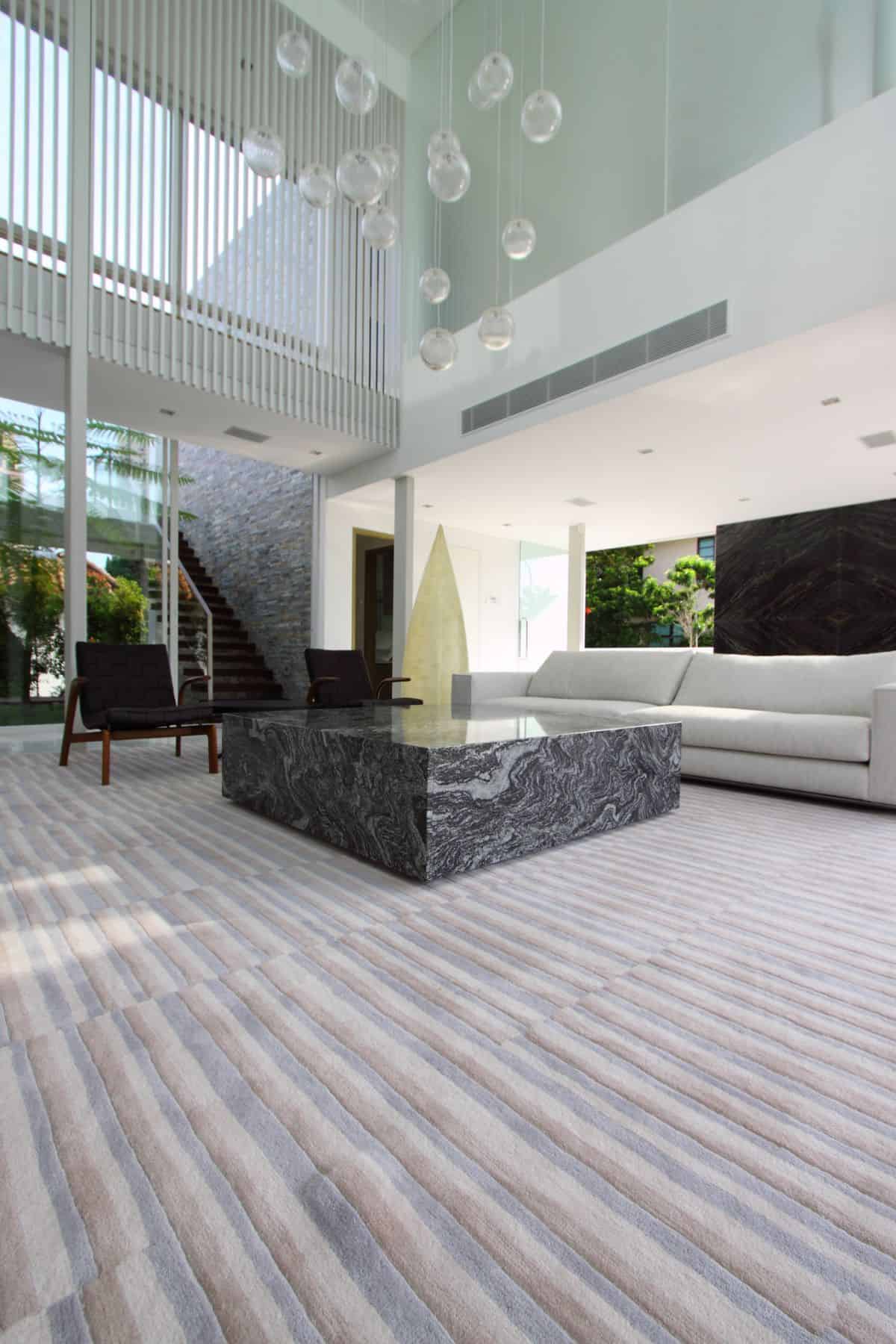 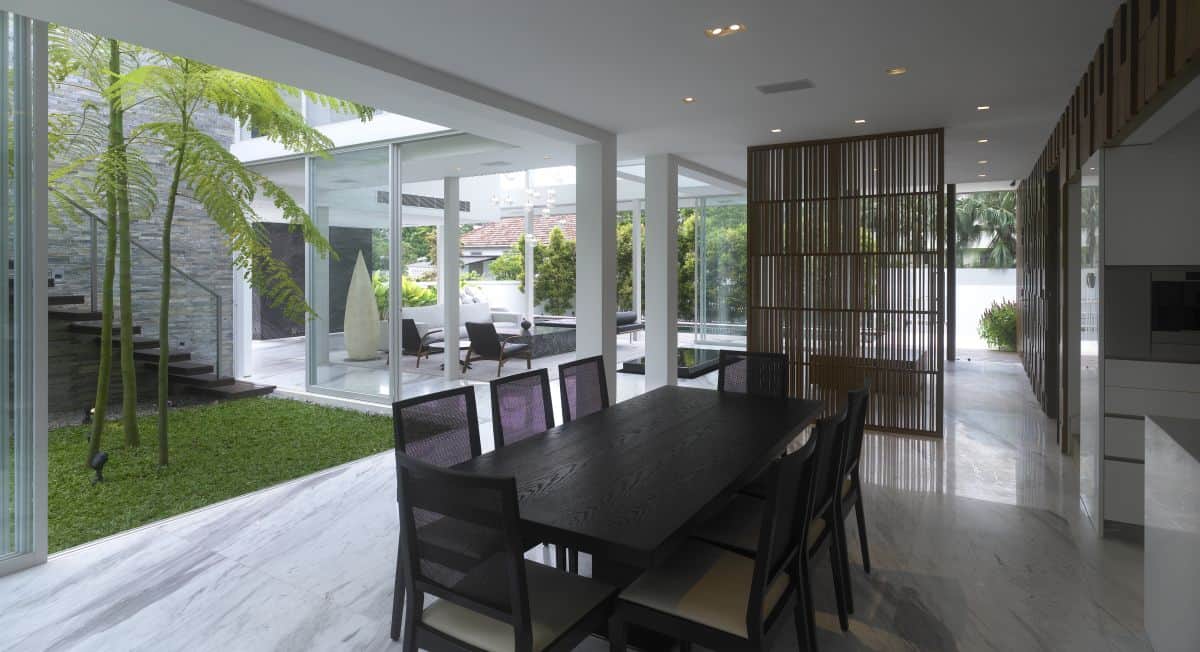 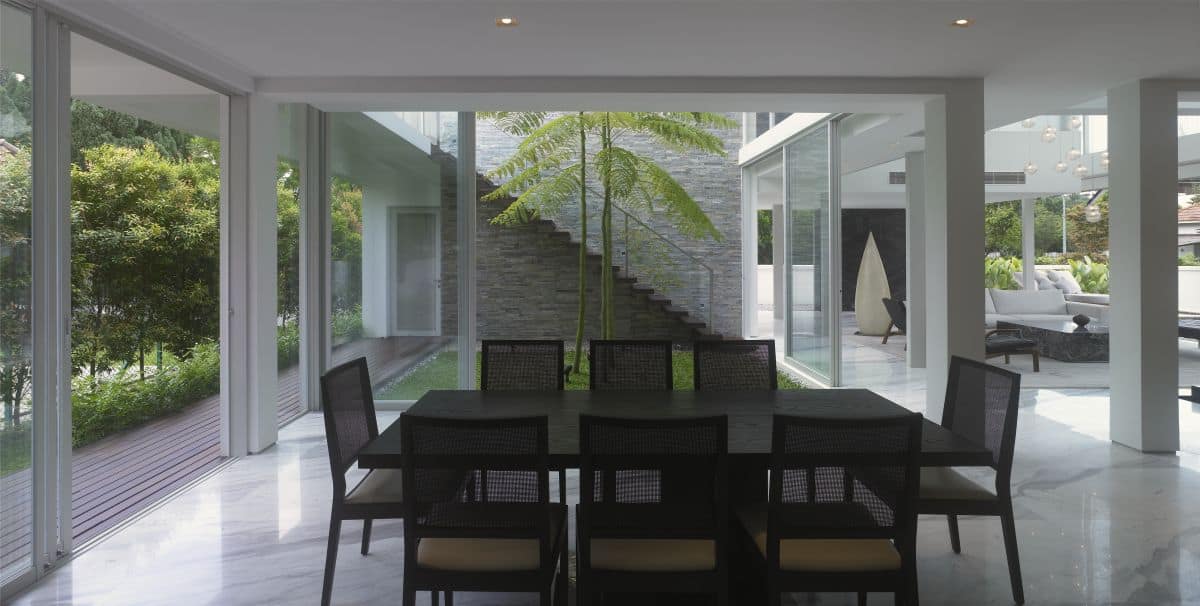 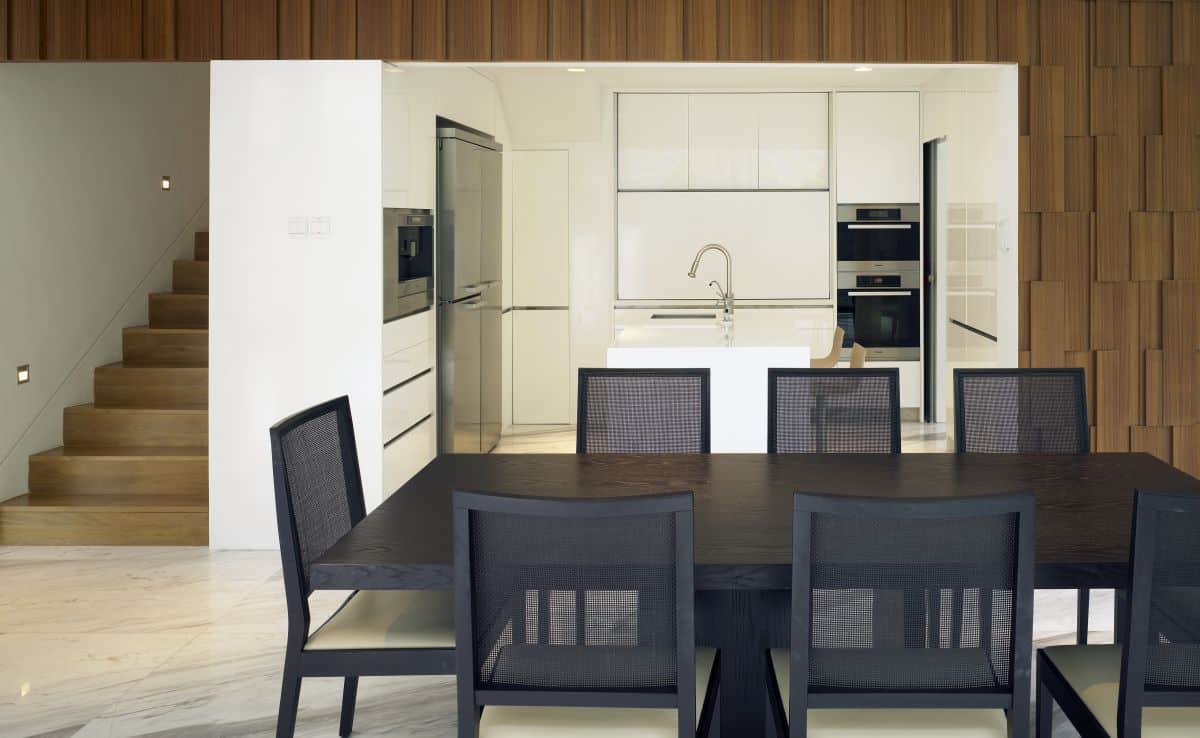 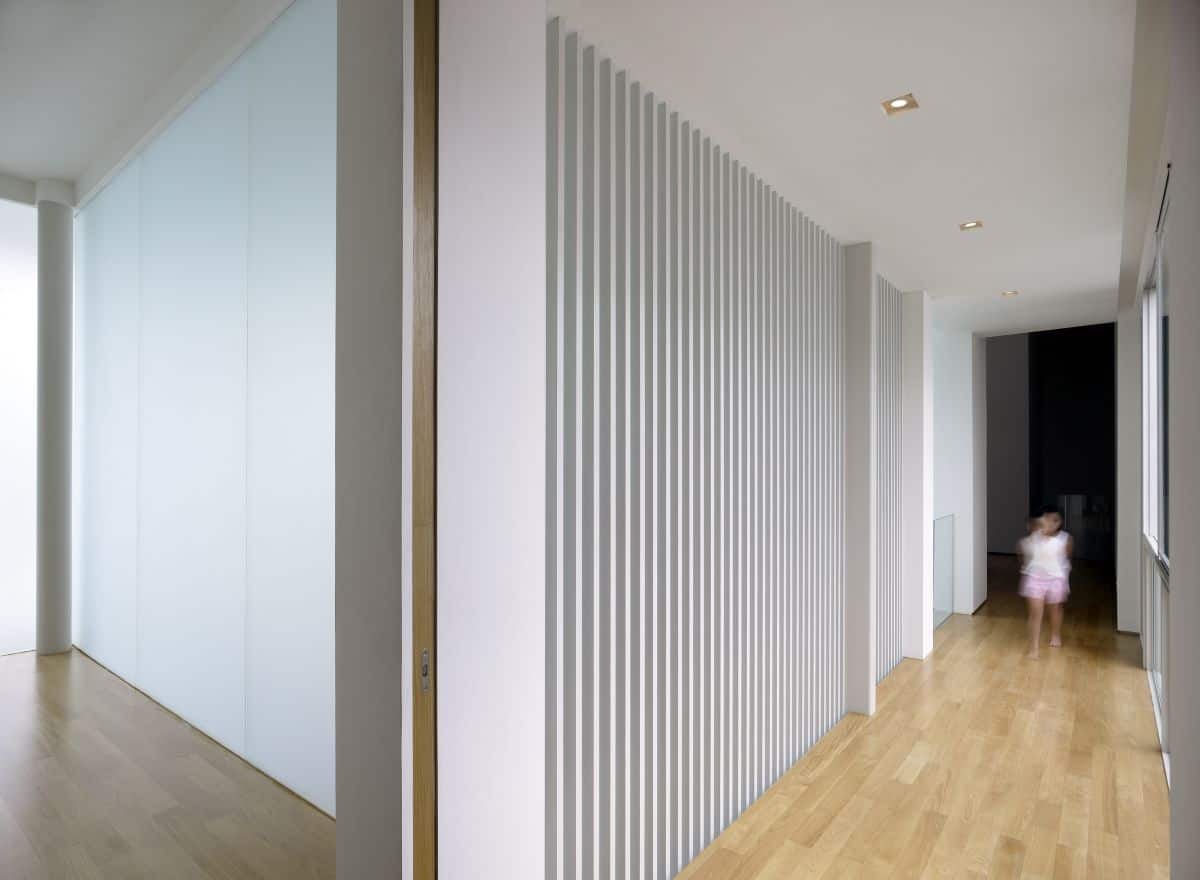 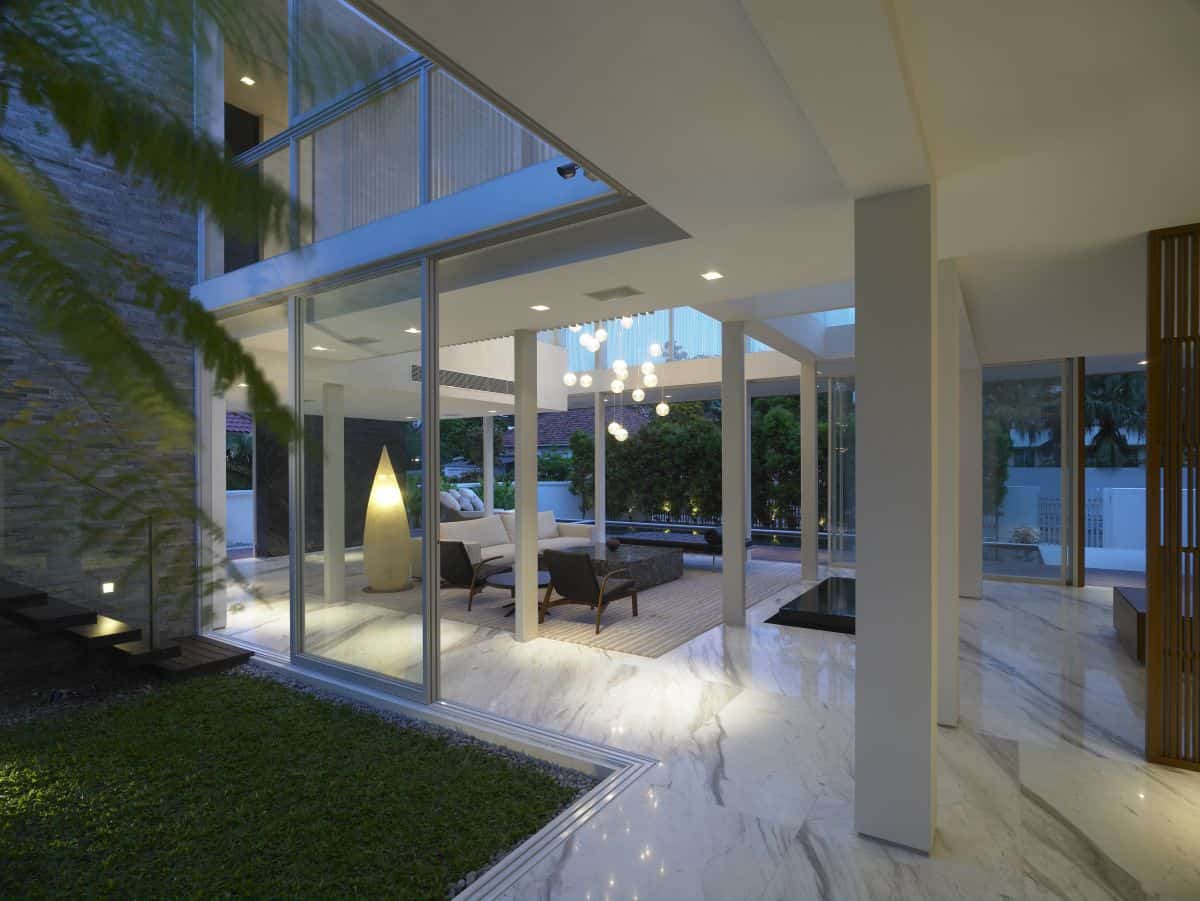 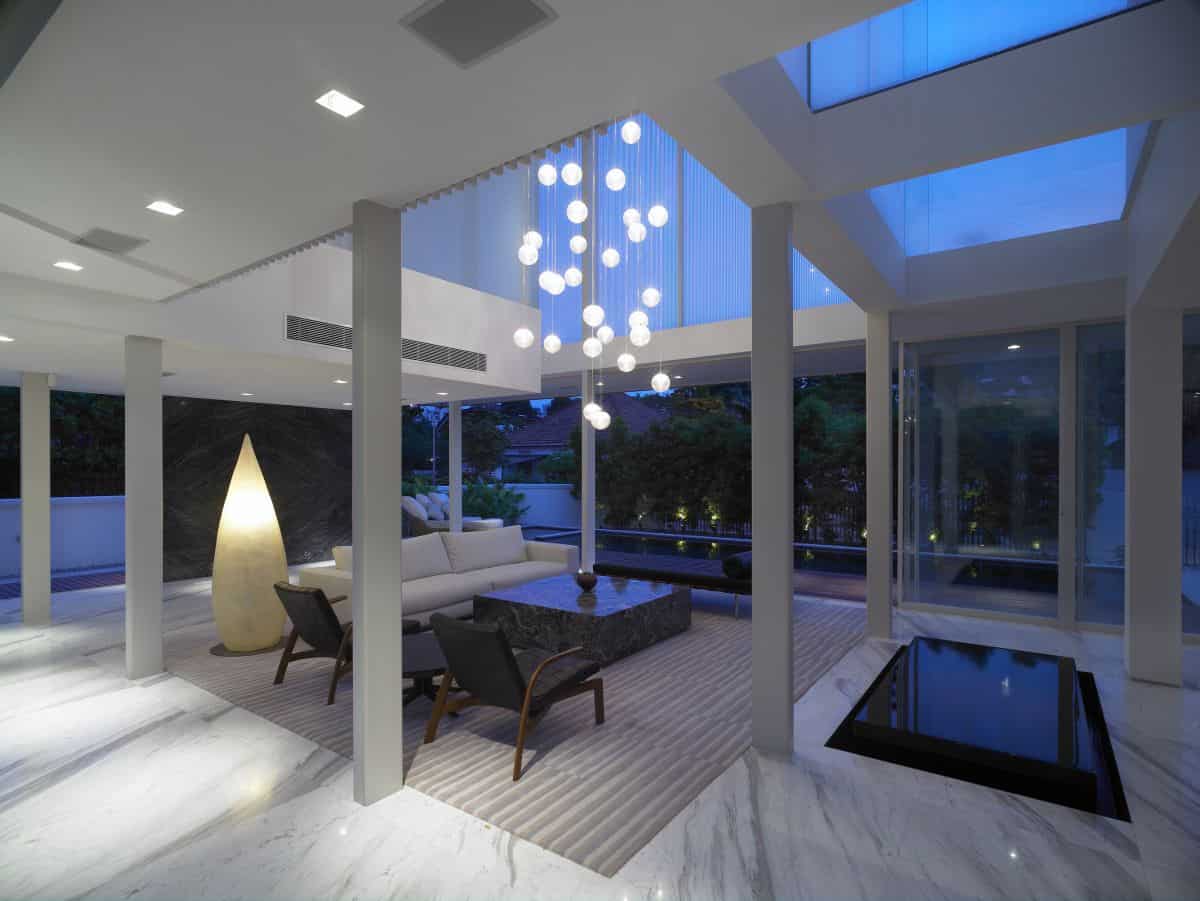 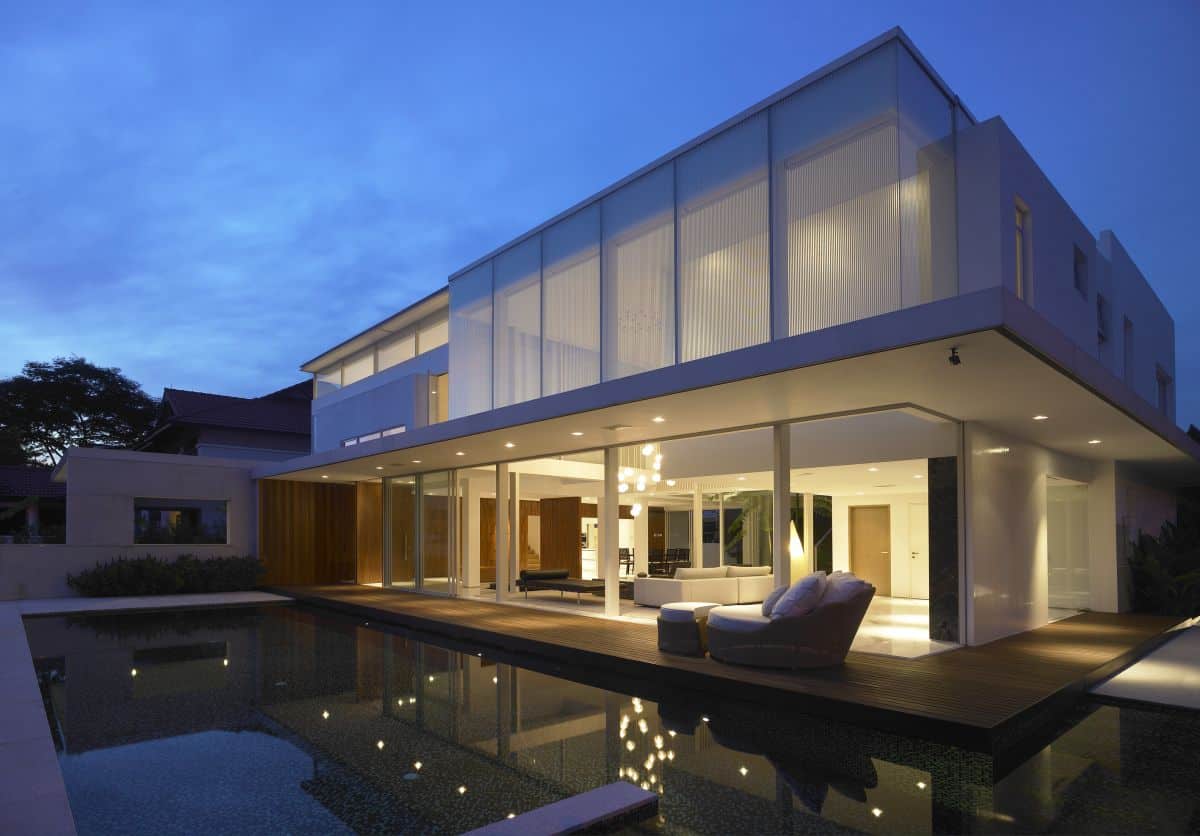 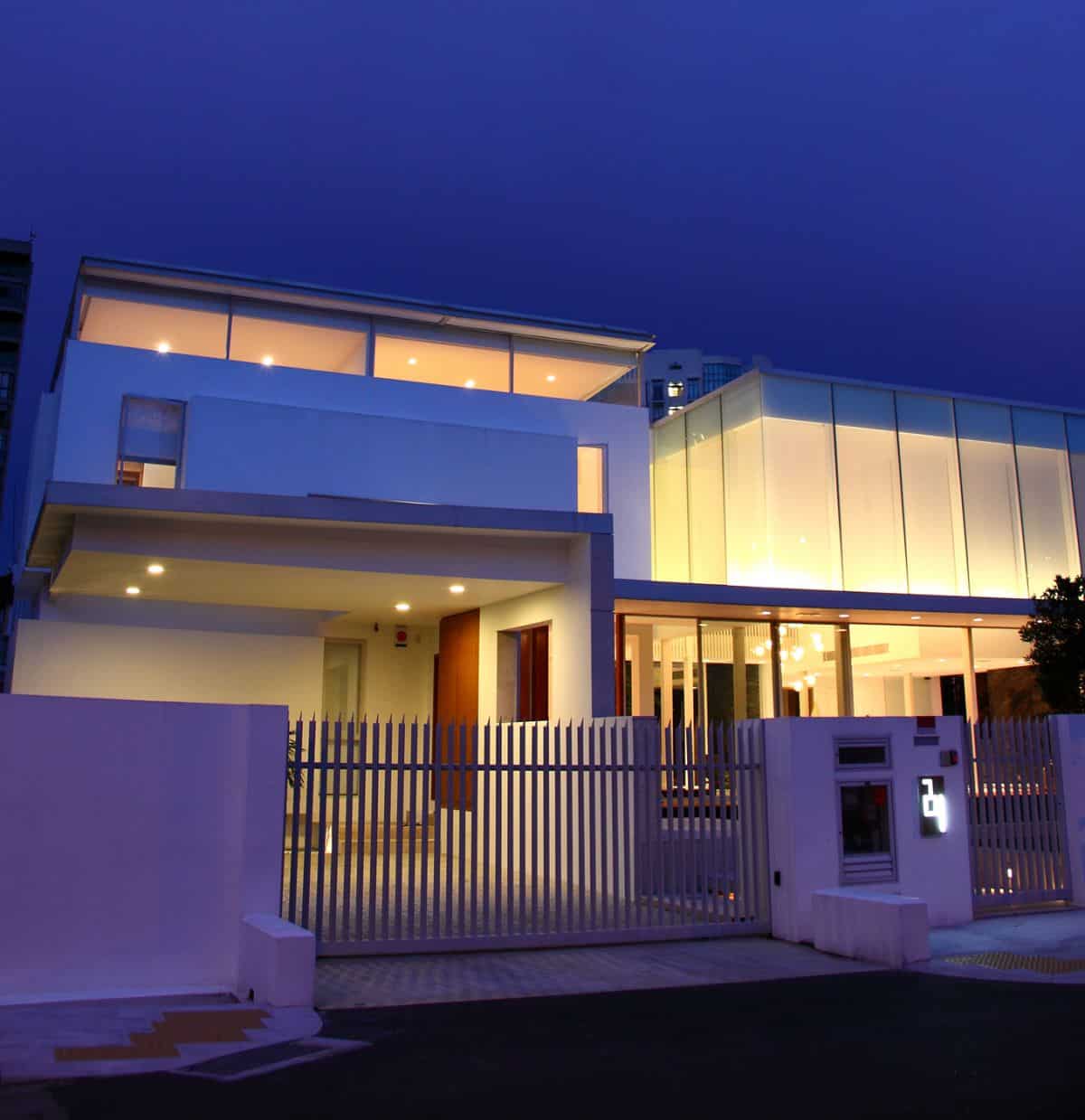 The architects transformed an existing bungalow into a two-story contemporary home in Singapore. 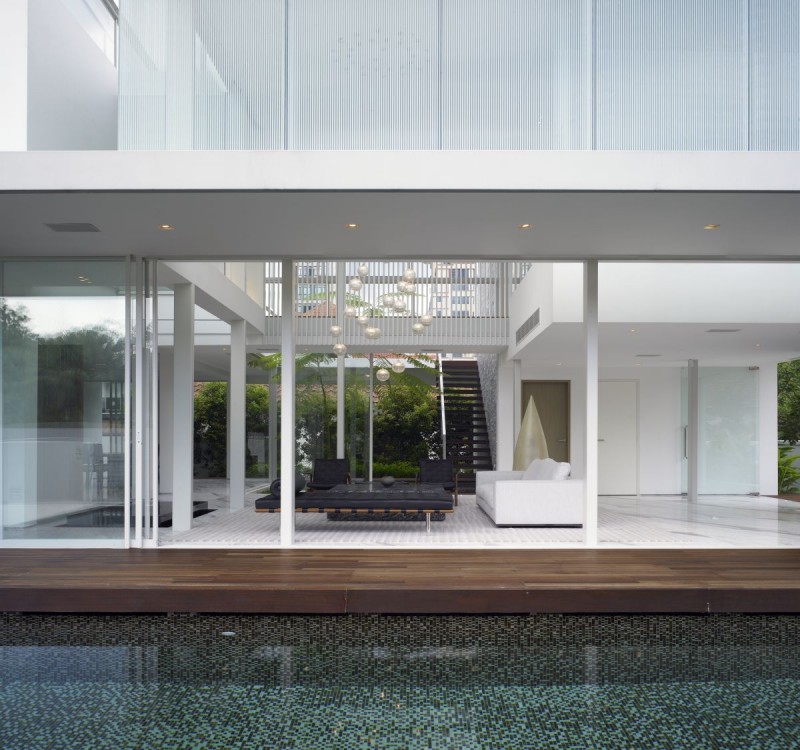 The Margoliouth House by DLab:

“In keeping with the architect’s belief in a sustainable design approach with minimal waste, and in finding the best design solution with an economy of means, this reconstruction project on Margoliouth Road retains the majority of the existing 2 storey bungalow on the site. This existing house followed a Western model which was positioned like an object on a landscape, surrounded by lawn.

In the new design, architectural firm DLab questioned the relevance of this model in the tropical Singapore context where the usefulness of the lawn is very limited. The architects searched for an alternative strategy for dealing with external and internal spaces that would make the garden a more livable area and allow it to positively affect the living spaces in terms of its cooling and regenerative properties.

DLab conceived the design as a cluster of volumes, some of them positive solid forms and some negative hollow volumes. These positive and negative volumes of varying proportions are composed in a non-hierarchical spatial organization where the positive volumes contain the various domestic functions and the negative volumes are courtyards or outdoor rooms.

The volumes are in various locations separated from each other with interstitial zones that act as sheltered corridors straddling the internal and external rooms. These circulation spaces heighten the perception of the various volumes that are experienced simultaneously from the corridor, blurring the differentiation between inside and out.

The existing house structure is retained and forms the largest solid volume which contains the family-oriented accommodations such as the Dining, Kitchen, Family rooms and children’s bedrooms. It occupies the western half of the site and anchors the dwelling as a whole. Three more pavilions were added to the eastern half of the site. The first houses the grandparent’s suite and master suite. This monolithic 2 storey pavilion is situated at the furthest eastern corner of the site to act as a counter weight to the existing house.

The second is a double volume glass pavilion for the living room and is placed in between the first two pavilions. This space uses insulation glazing on three of its façades, allowing daylight to flood the room so that it is perceived more like a sheltered outdoor venue. The designers developed a system for the glazing that is composed of an outer layer of ceramic fritted glass and an inner layer of roller blind. In between these two planes, an inner pocket of hot air forms, which is released through ventilation slots at roof level.

With the added advantage of cross ventilation, the effect is a surprisingly cooling space which benefits from the daylight and exposure to the garden without the detrimental effects of the heat. The third addition to the house is a partially enclosed garden courtyard placed at the centre of the house, making it the focal point of all the living spaces. The courtyard is treated architecturally like all the other rooms, with three sides of the space enclosed in glass and a staircase to the master suite cantilevering off its side wall.”