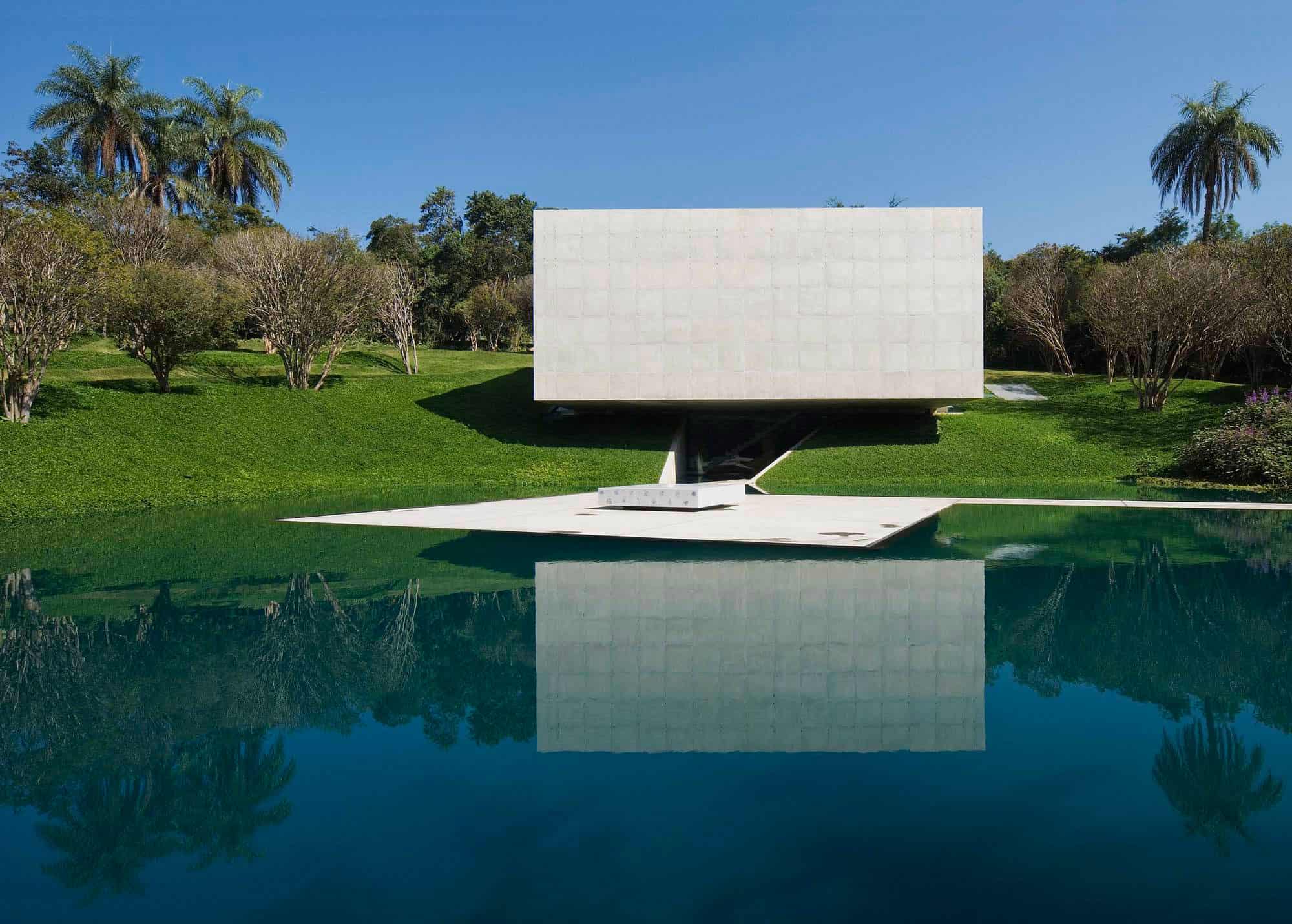 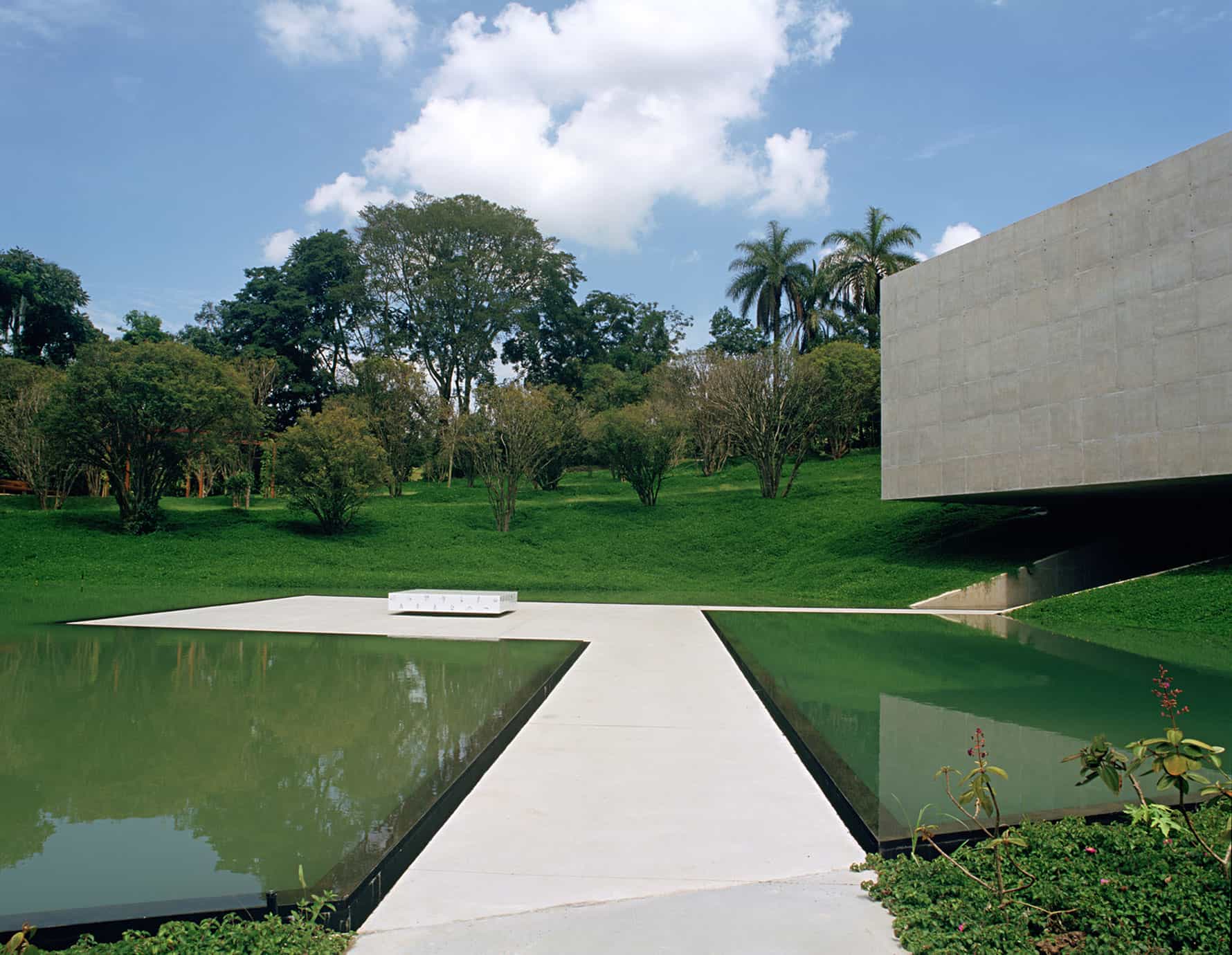 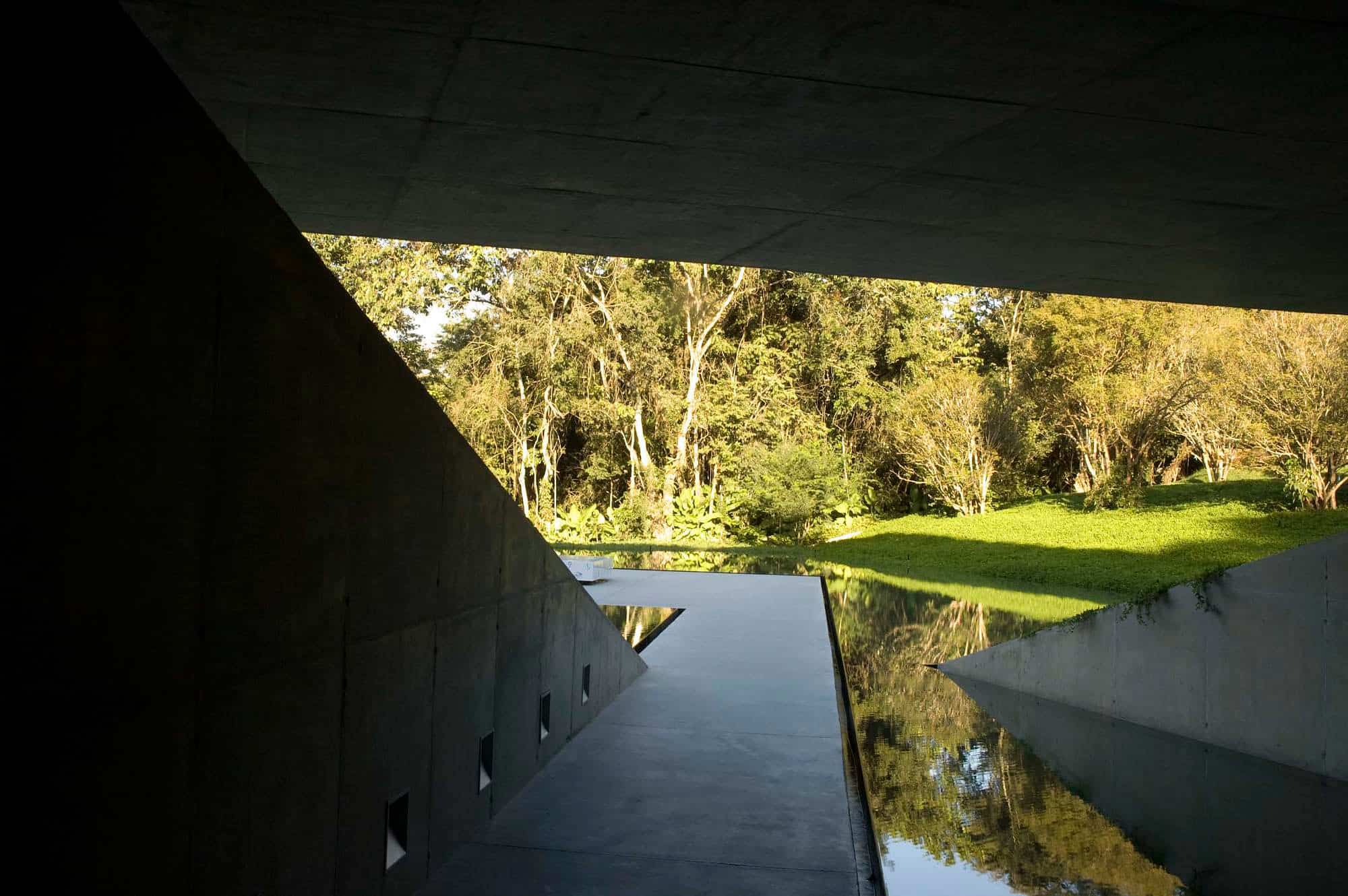 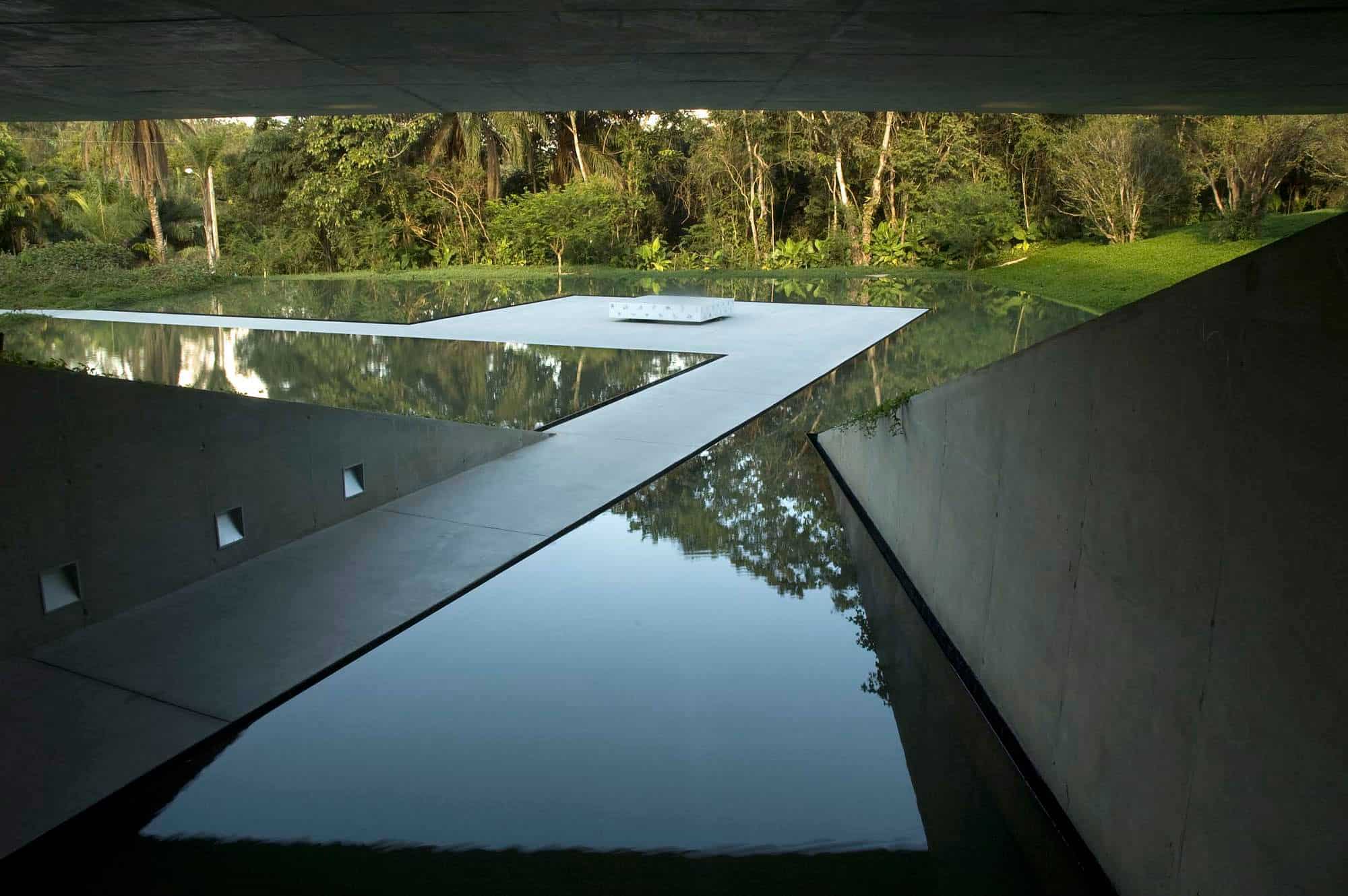 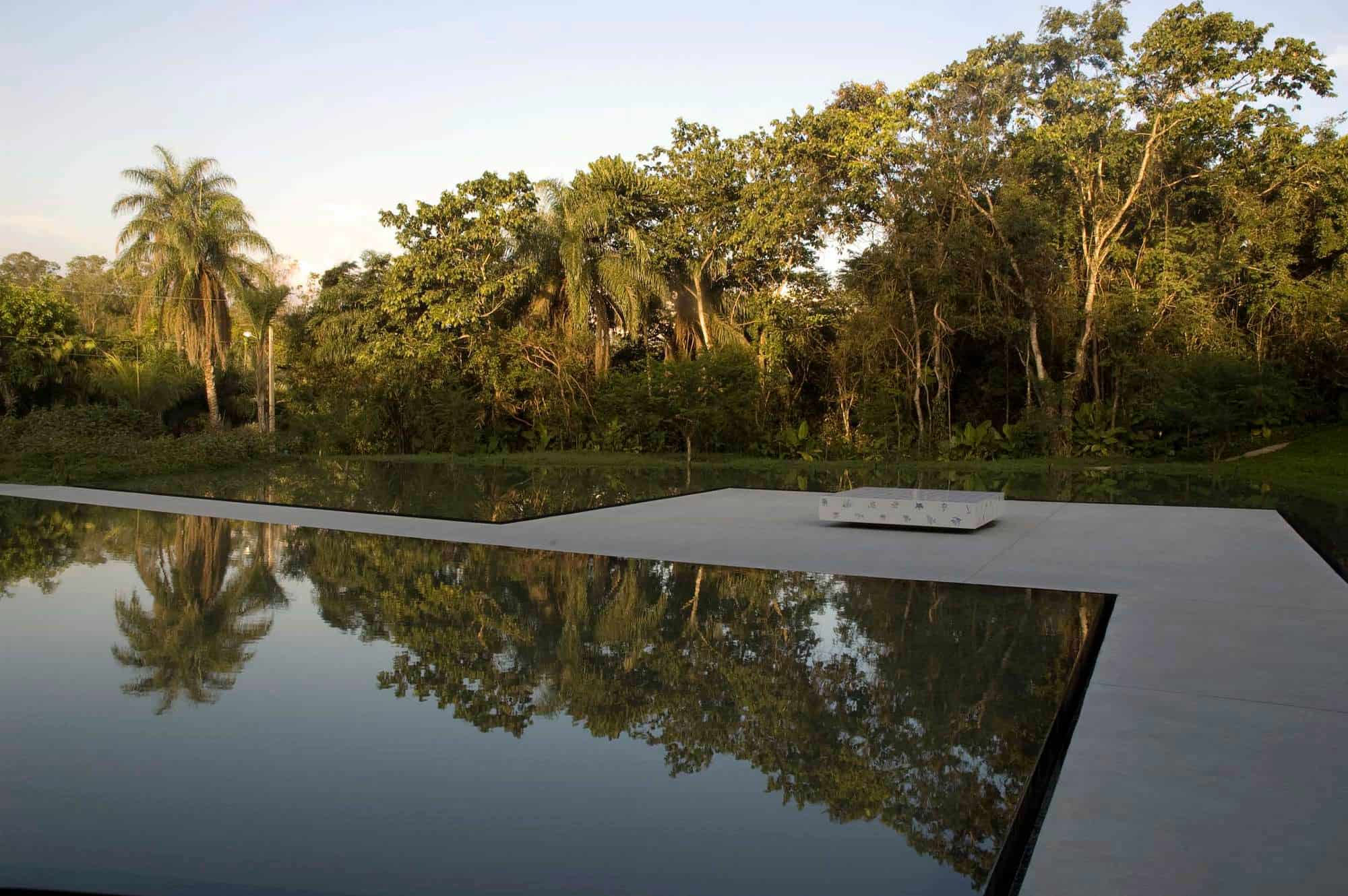 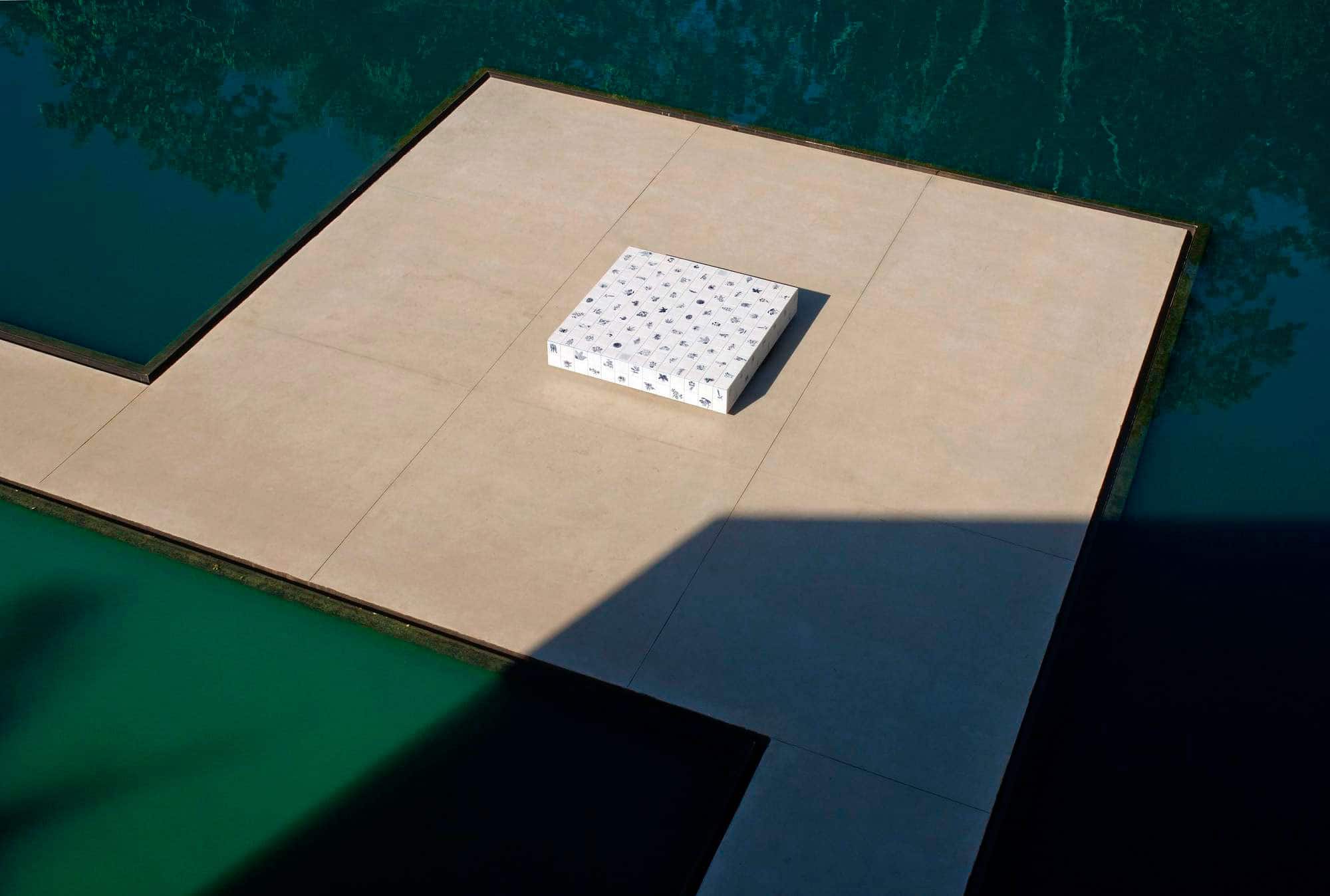 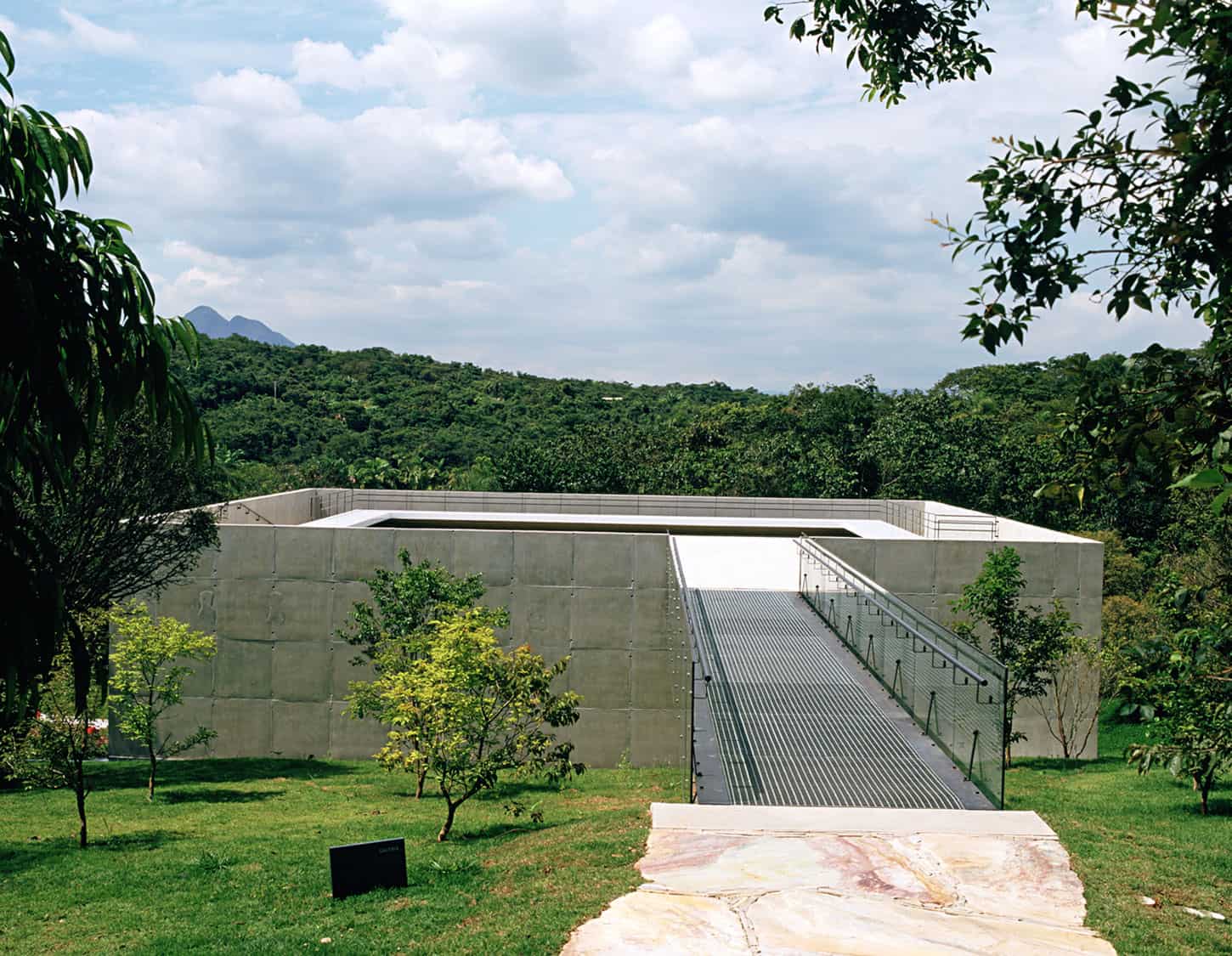 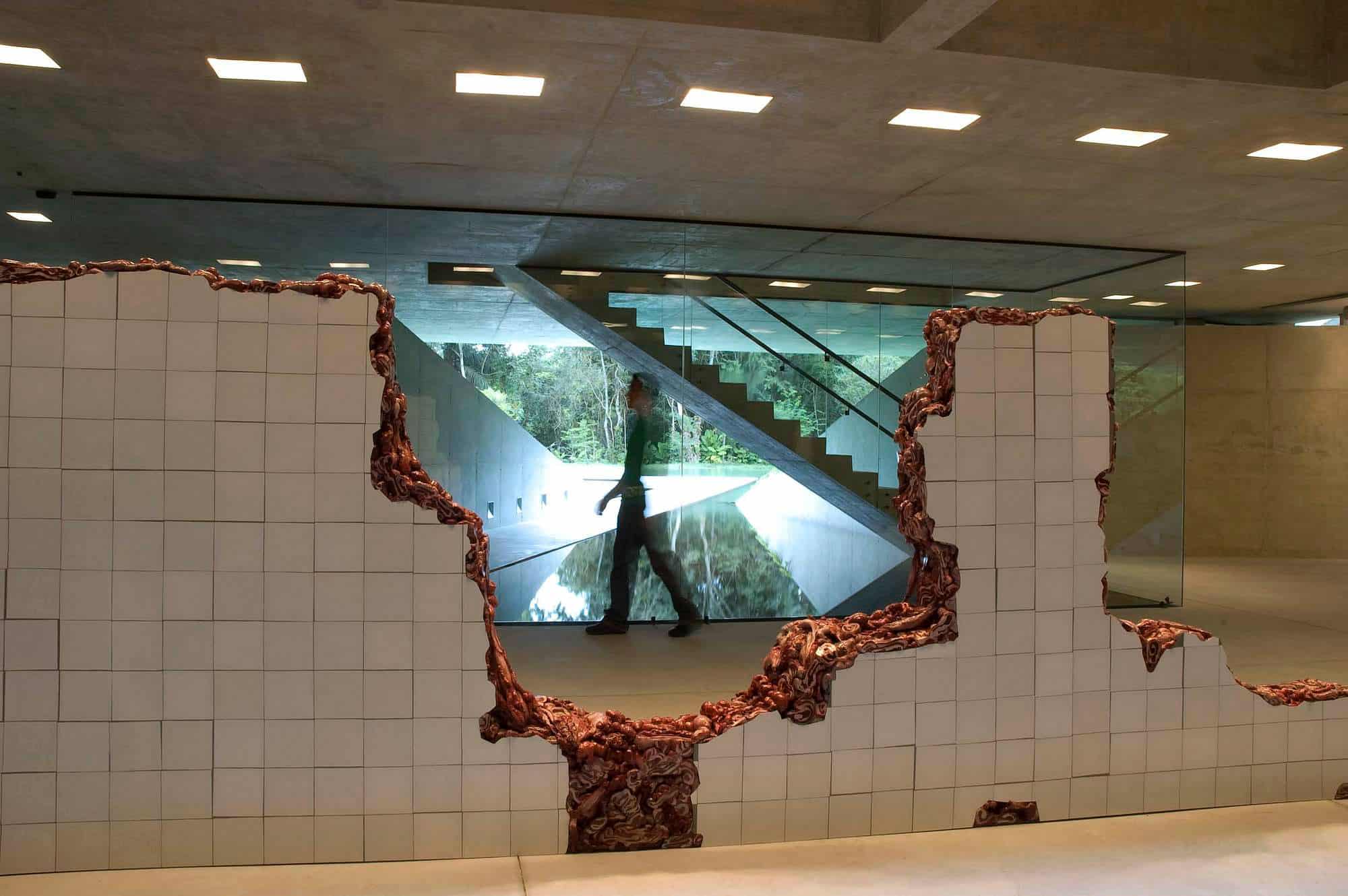 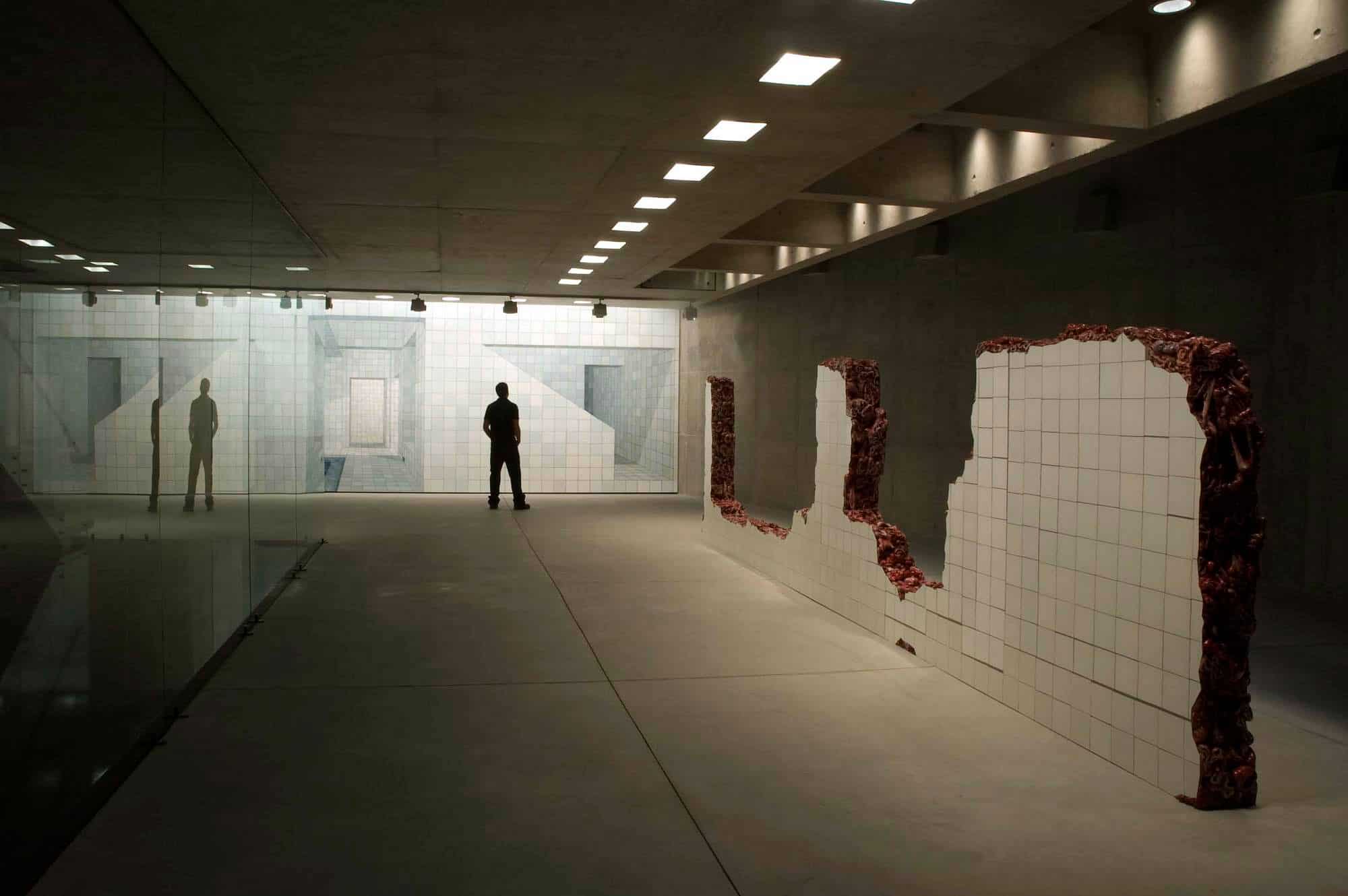 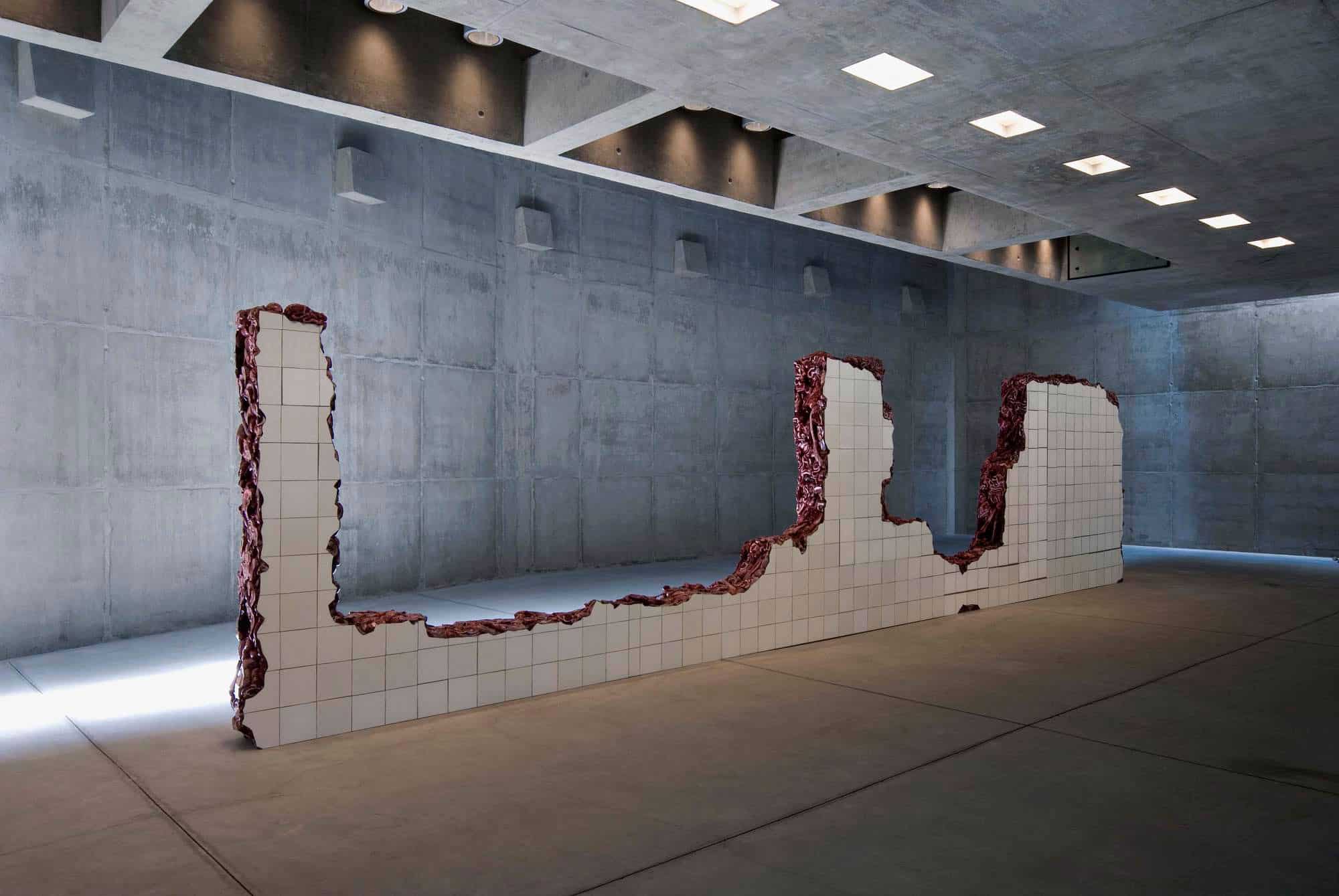 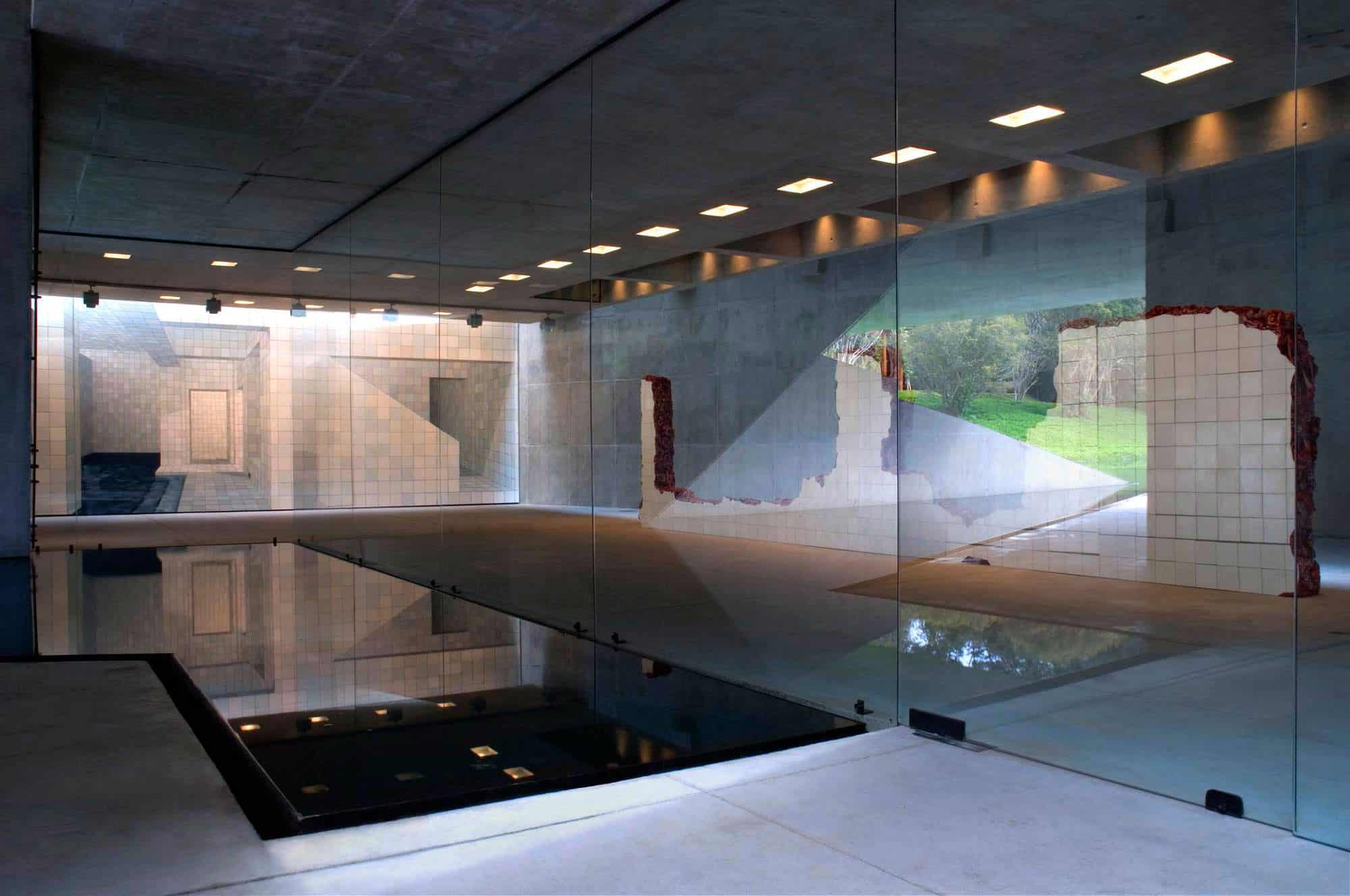 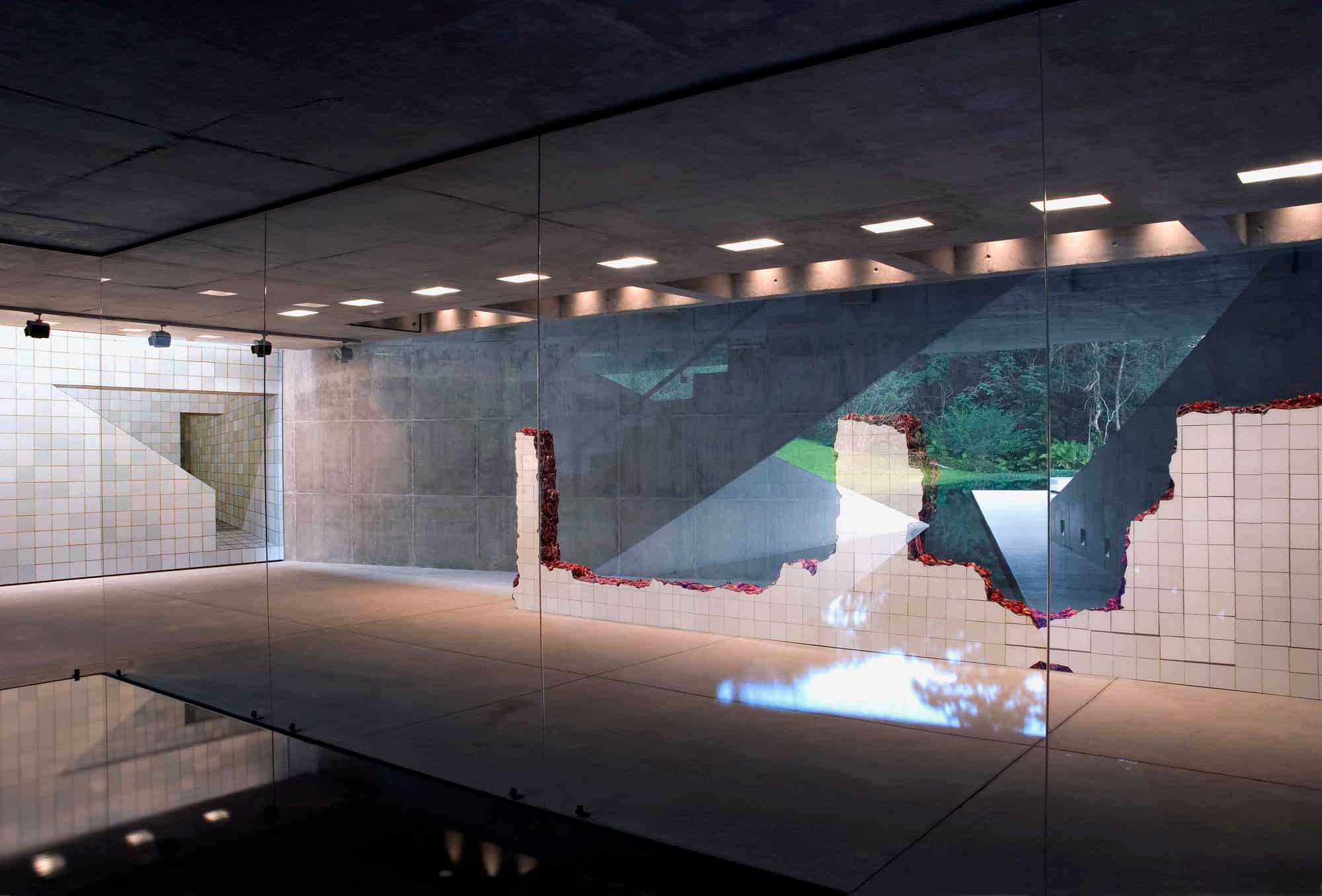 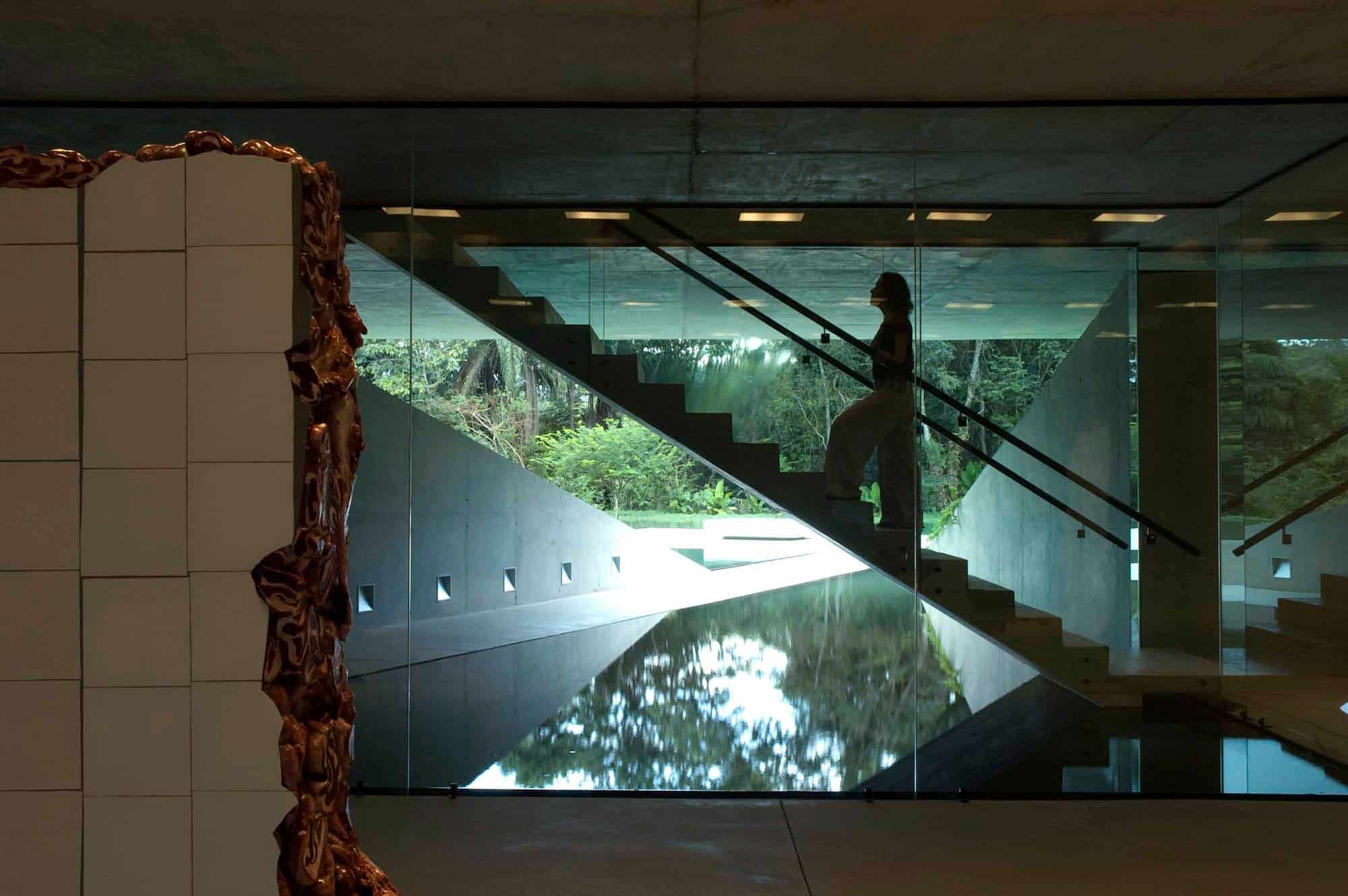 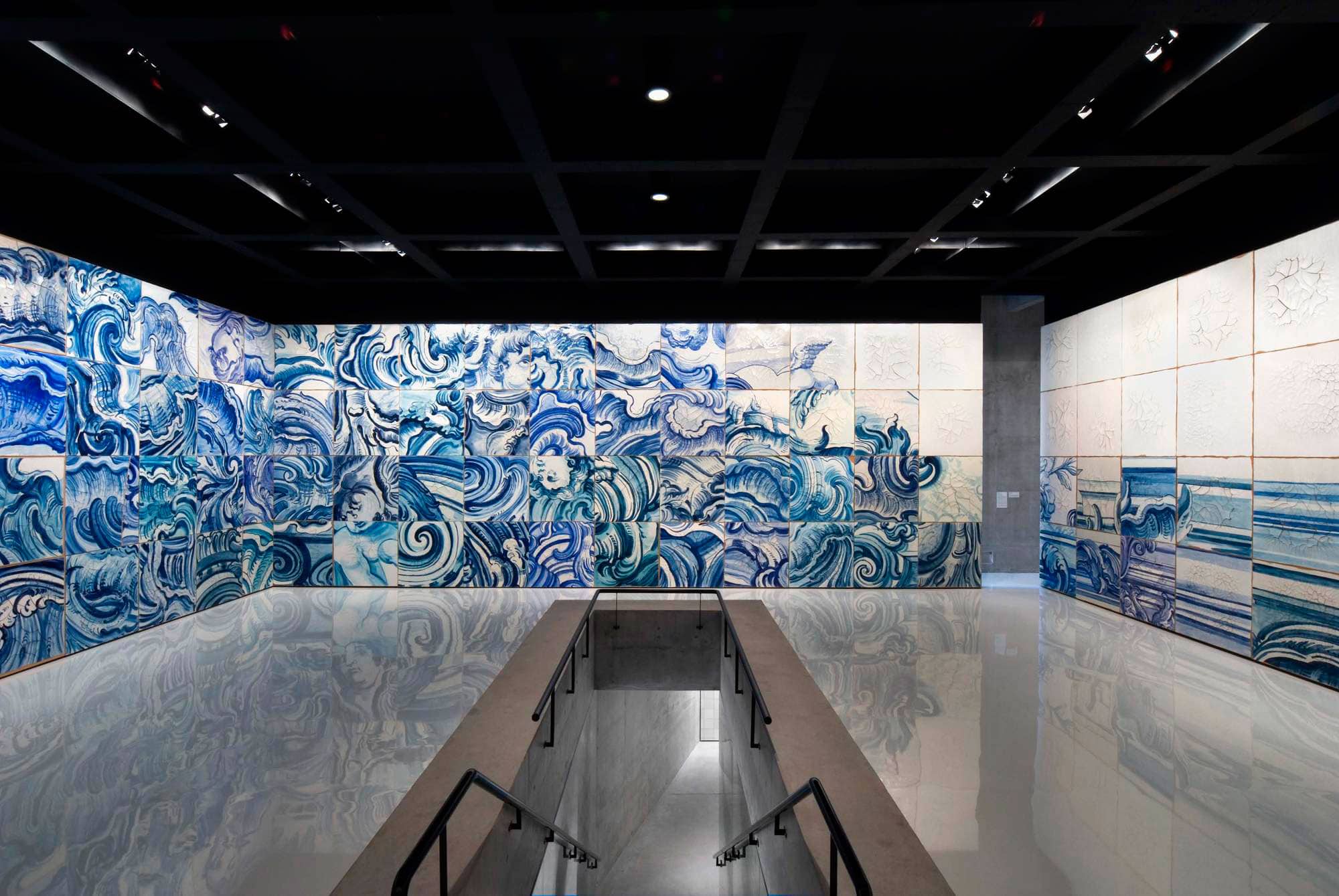 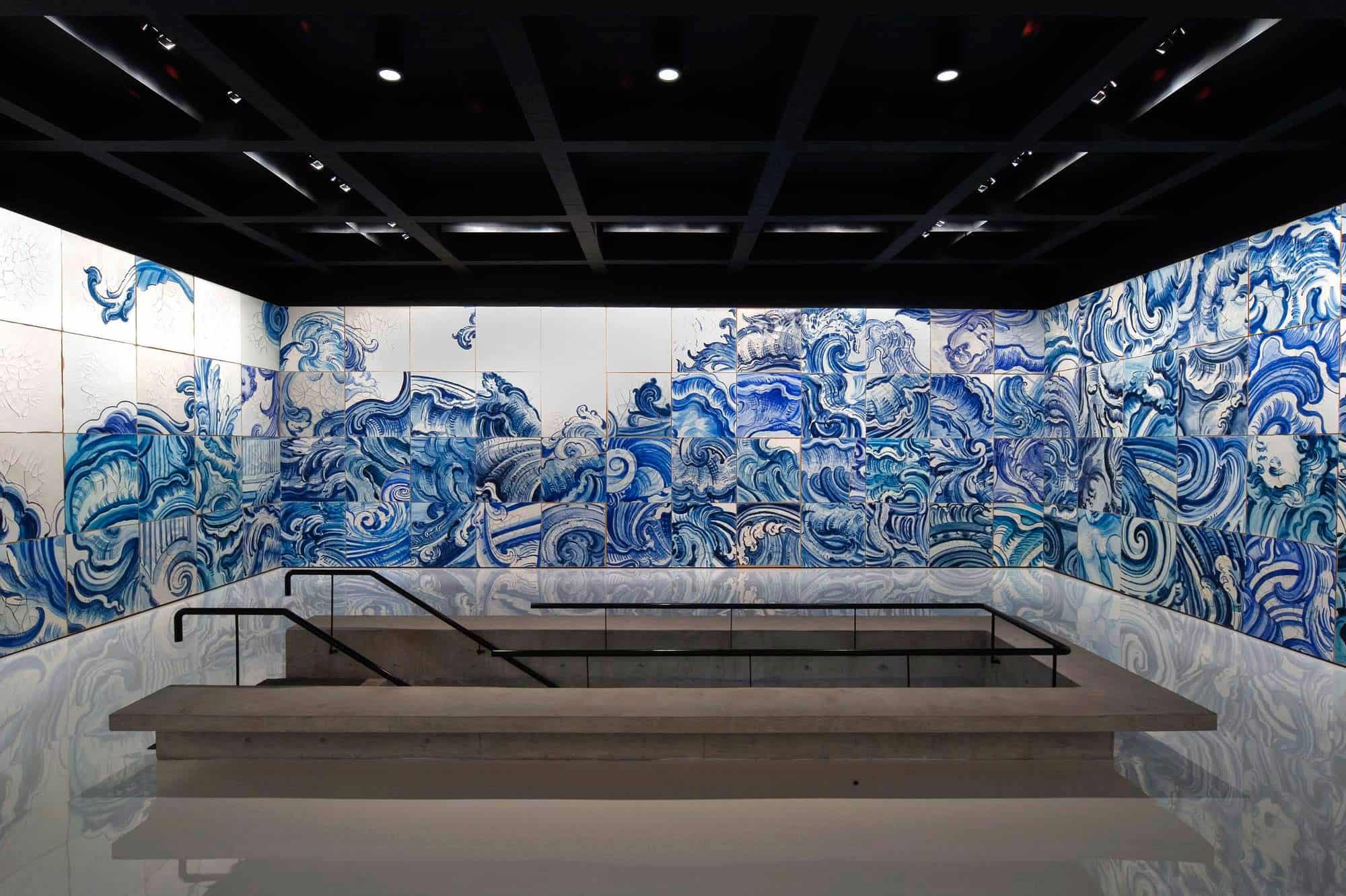 The gallery was attached to the Inhotim Centro de Arte Contemporânea in 2004-2008 to house works by the Rio de Janeiro native. 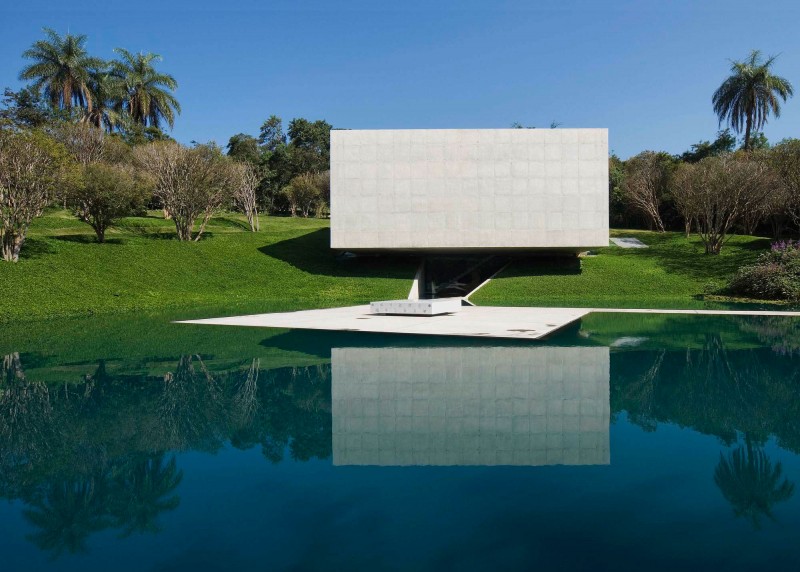 “Inhotim Centro de Arte Contemporânea is located in Brumadinho, a village near Belo Horizonte, the capital of Minas Gerais state. A personal initiative of the mining industry businessman Bernardo Paz, the museum has an unusual architectural concept. Instead of sum up all its installations into a unique building, it is composed of many pavilions spread out in a park of approximately 35 hectares (86 acres).

The Adriana Varejão Gallery was commissioned to shelter two works of the artist acquired by the museum and exhibited at Cartier Foundation: the sculpture Linda do Rosário and the polyptych Celacanto Provoca Maremoto (with the further development of the project, the artist created another four works for the building). The project should occupy a hillside with a small slope (typical of the topography of Minas Gerais, composed of old and smooth hills) partially surrounded by the native forest, an area formerly used to store containers. The original topography was modified for this new use: a huge displacement of earth has cut it, creating the great horizontal plane necessary to the storage.

The orientation of the project aimed to recompose the site’s original topography and inserting on it an artificial element: a regular block in reinforced concrete (pre-stressed wasn’t necessary), partially inserted in the hillside. The building structure is composed by an irregular retaining wall that gains the space in the ground floor and receives the loads of the block, in its deepest part, trough two beams, in the middle, trough 4 columns integrated in the wall.

Impressive Duplex Condo in the Heart of Tribeca