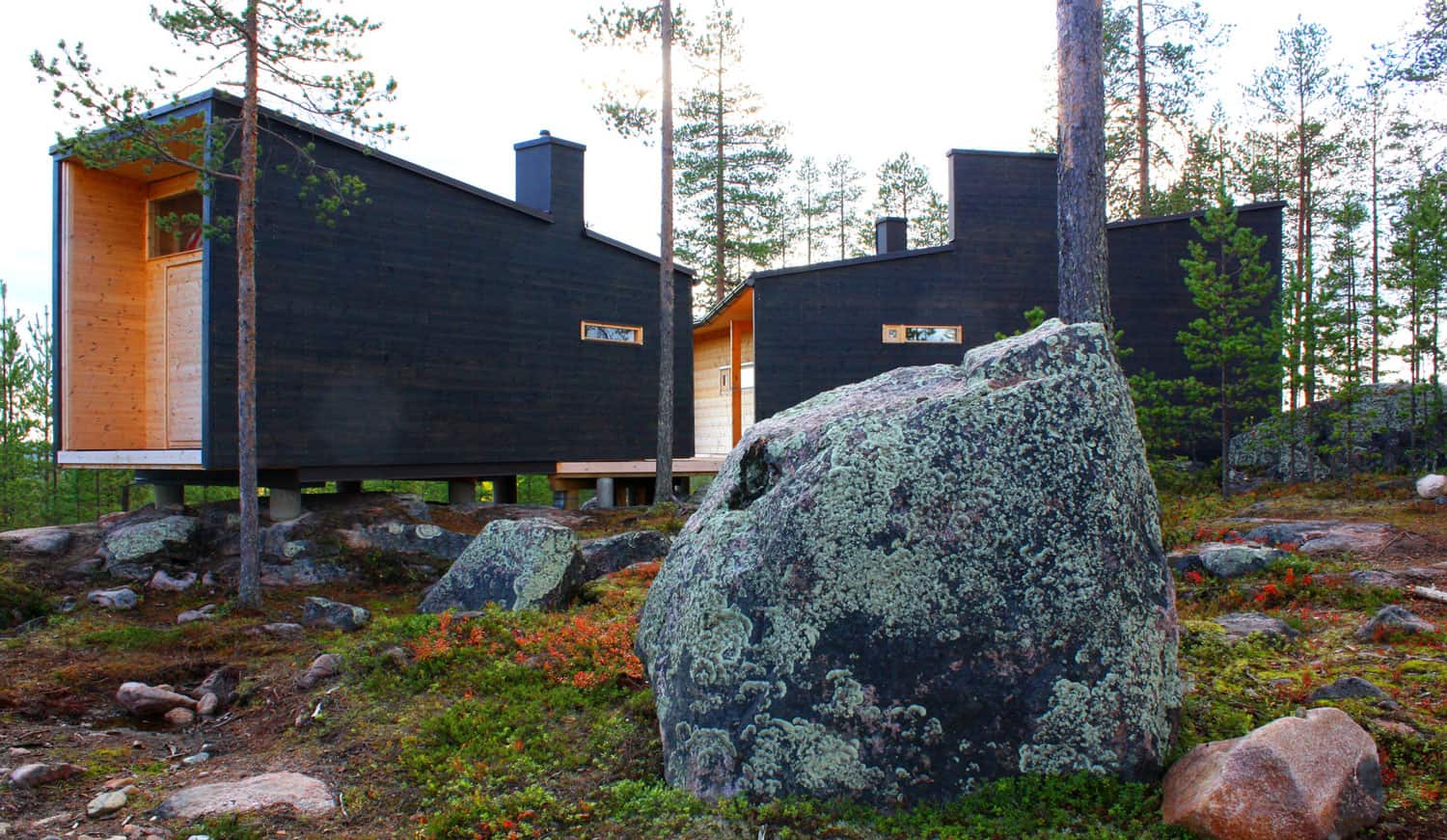 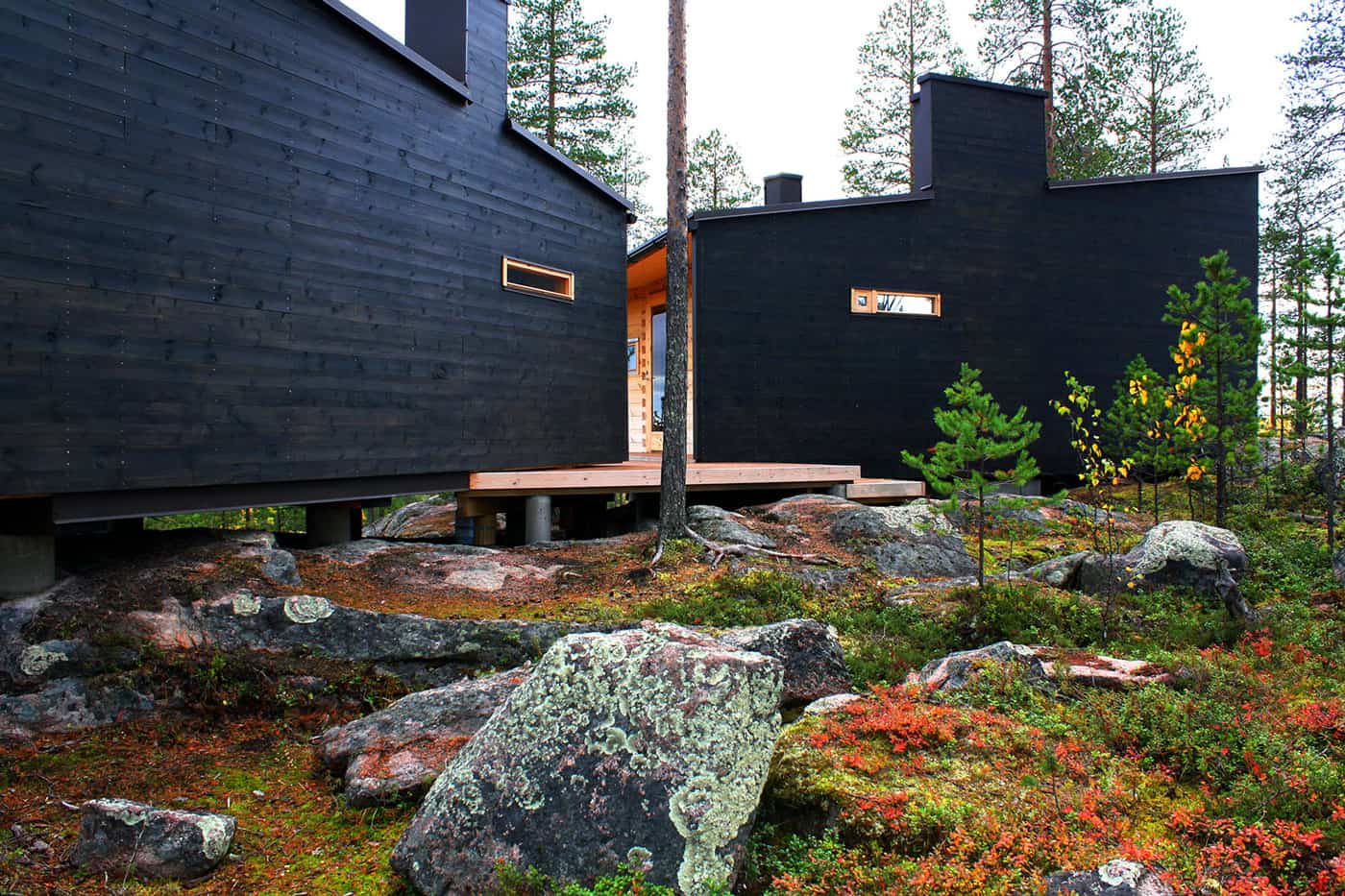 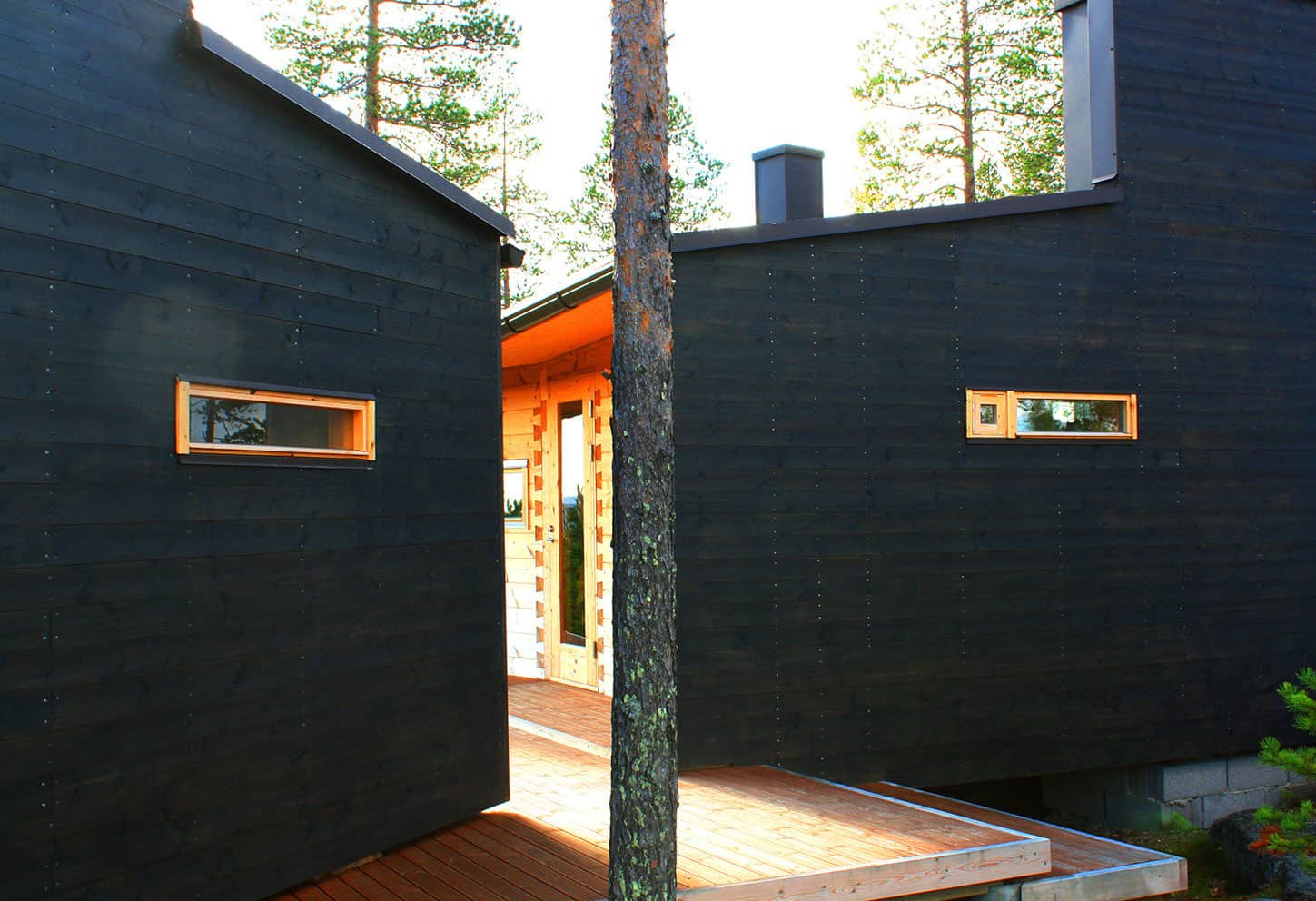 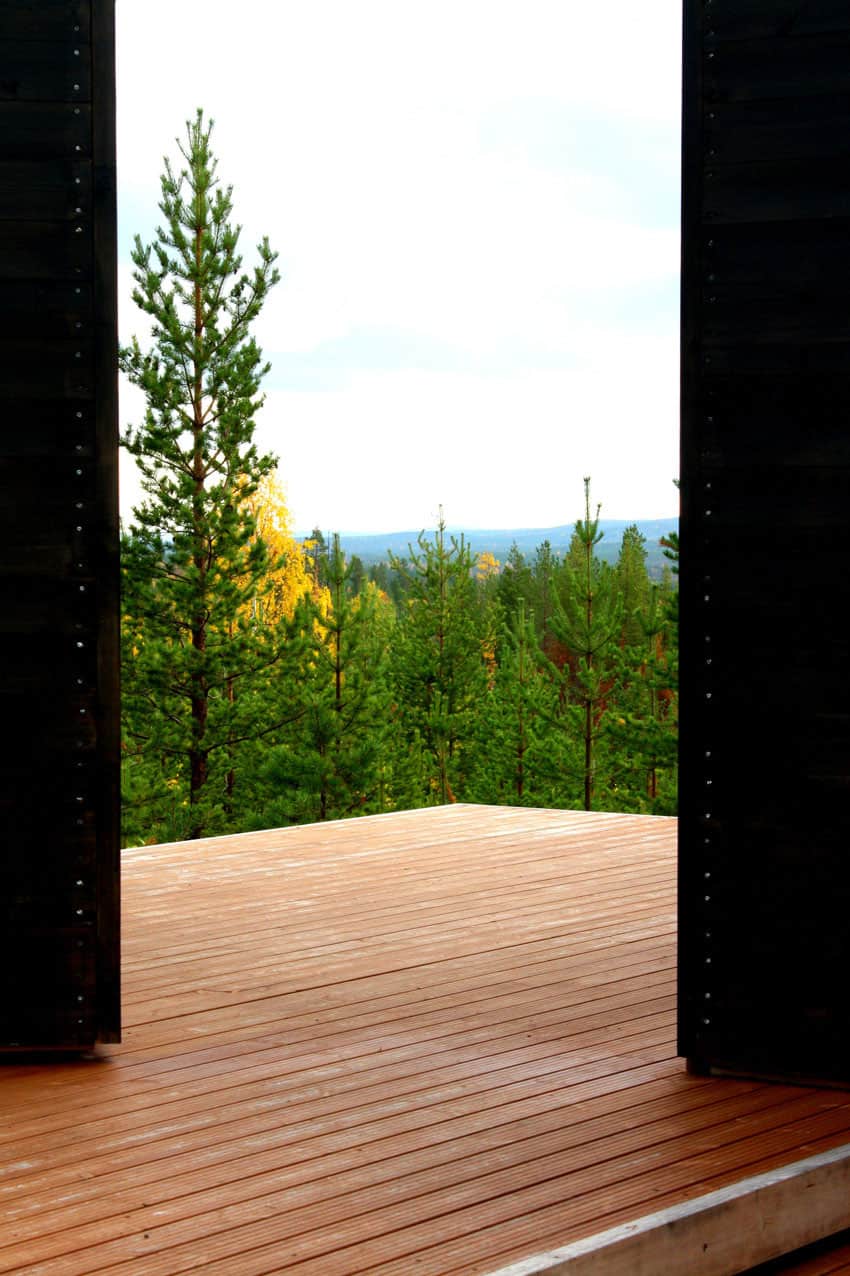 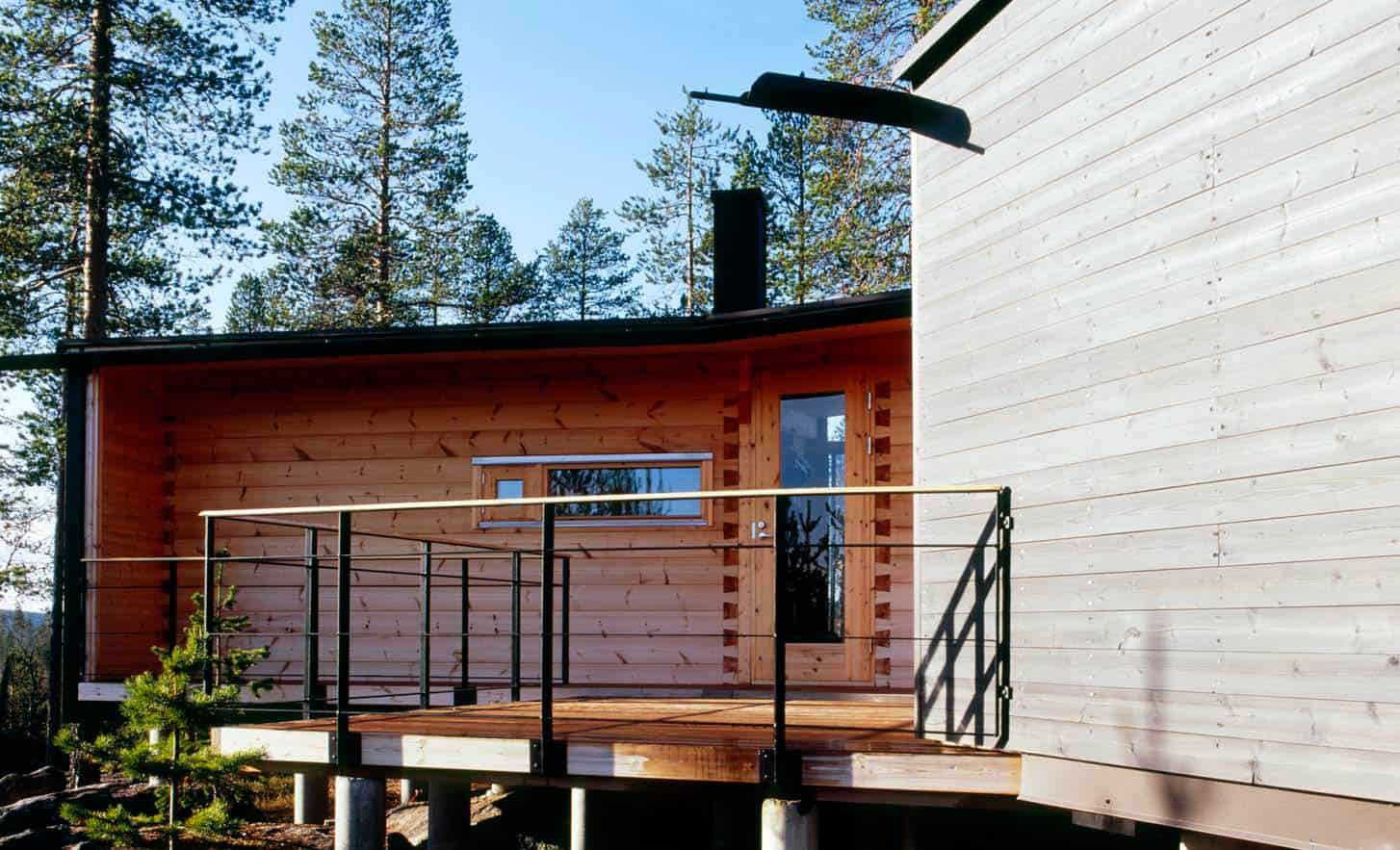 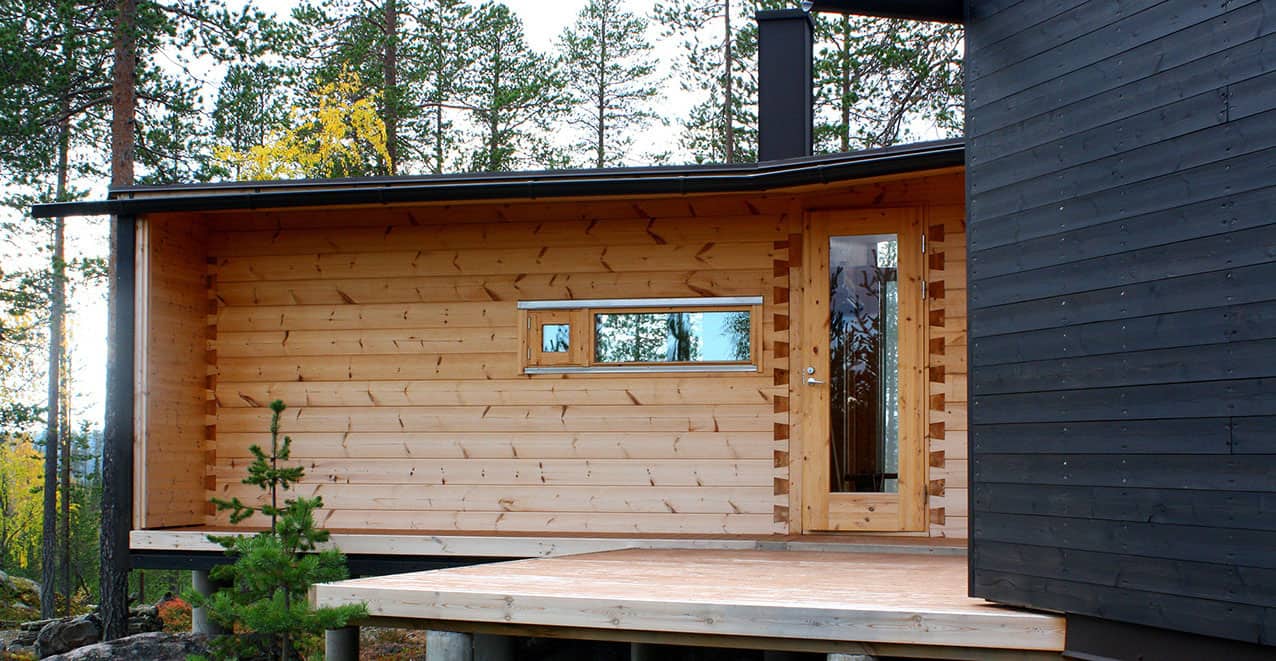 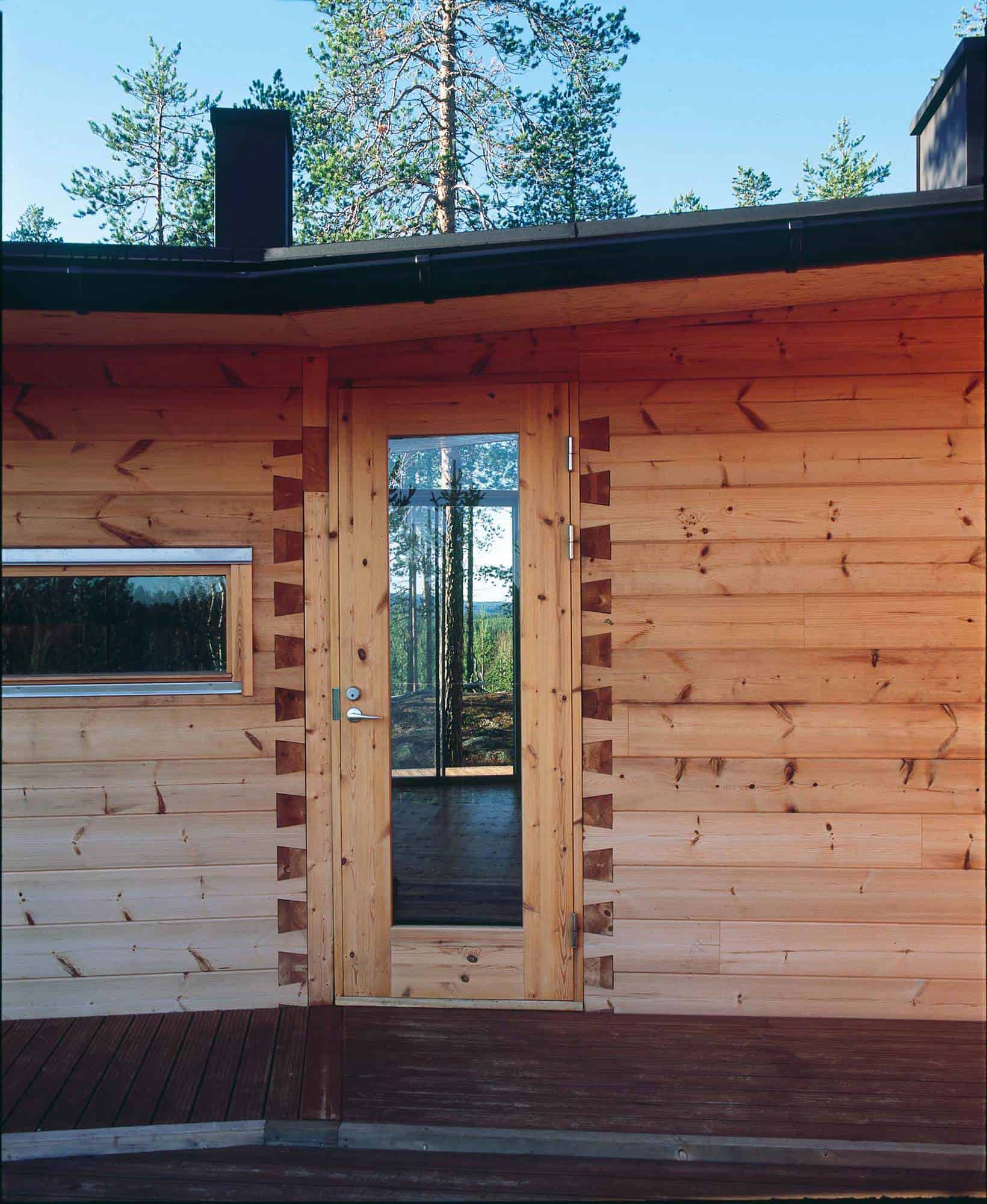 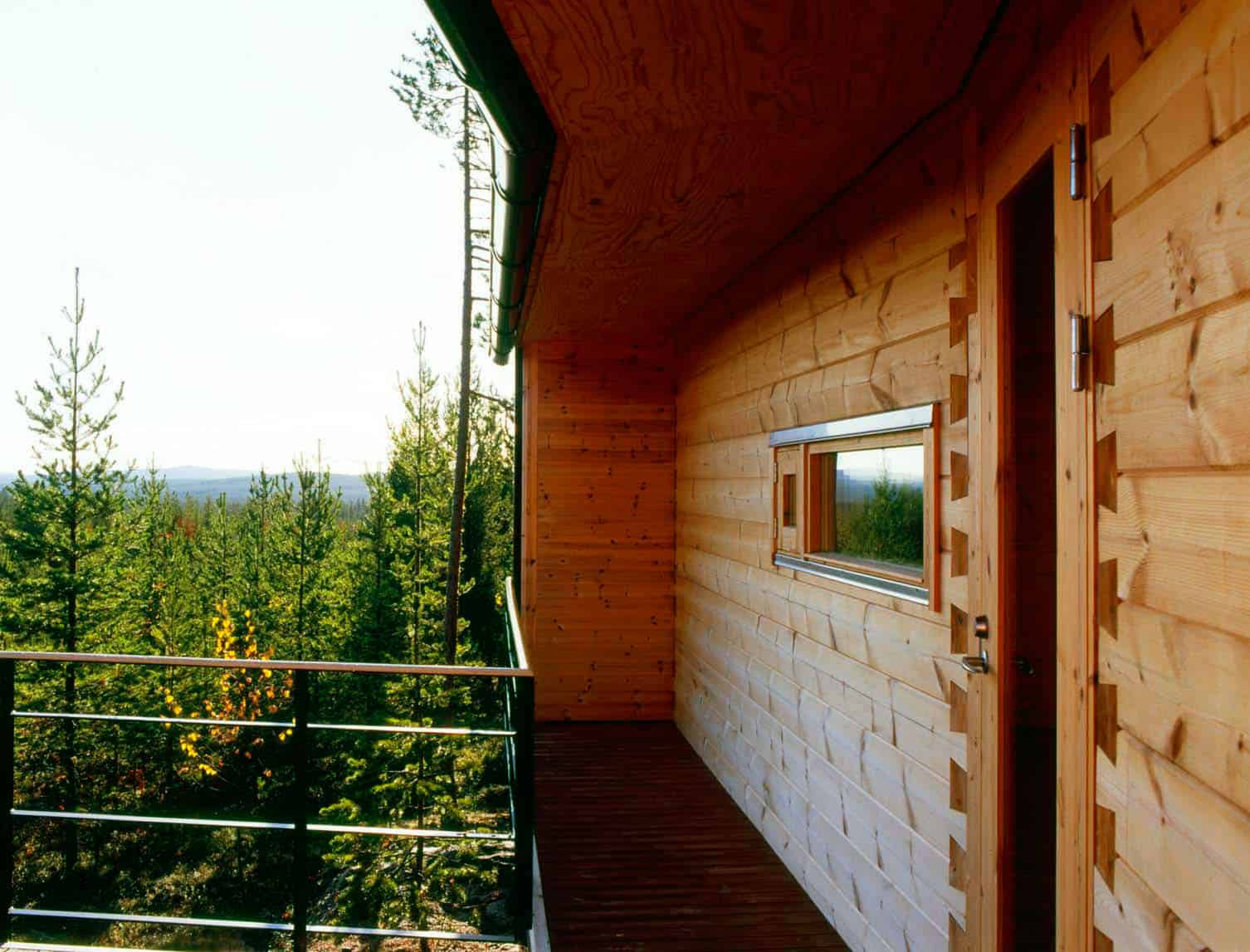 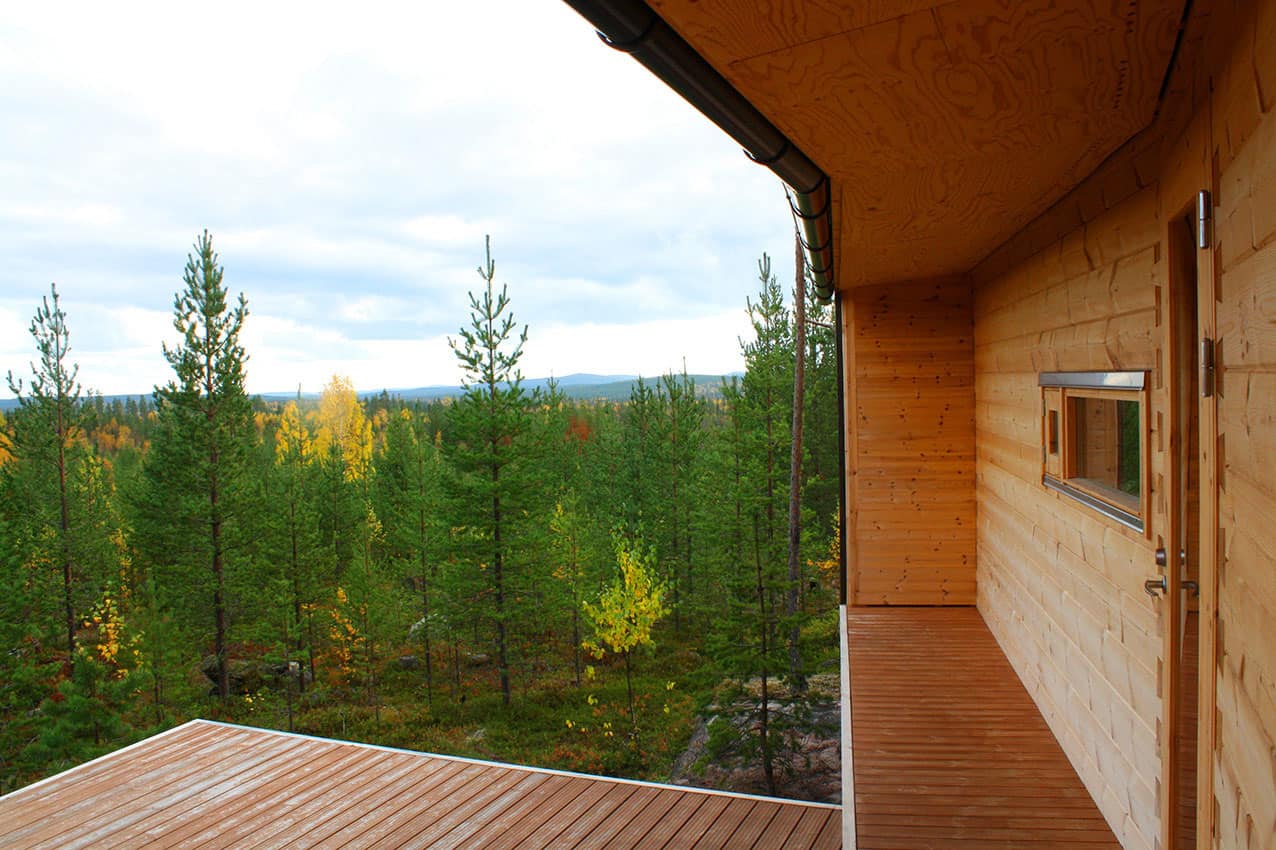 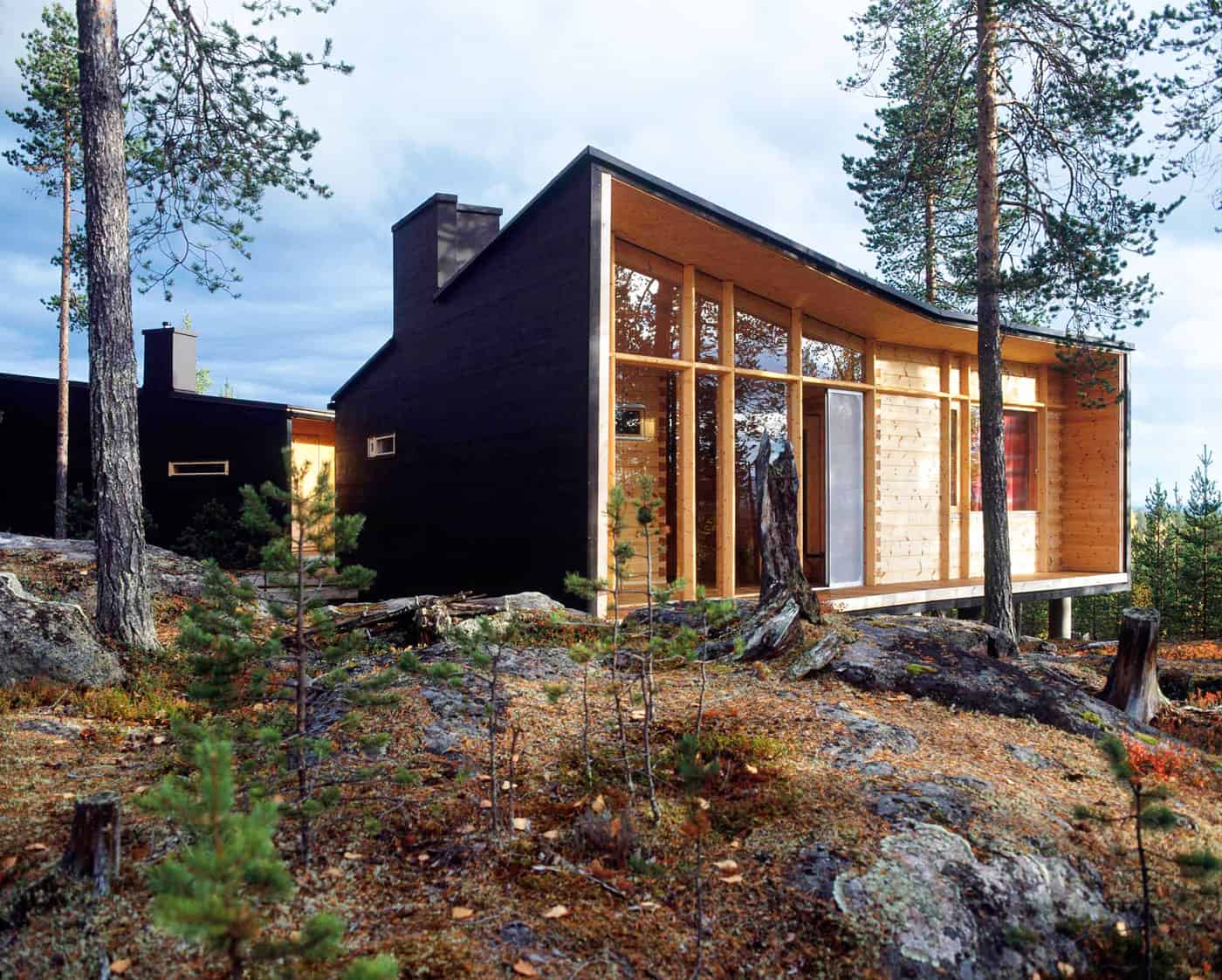 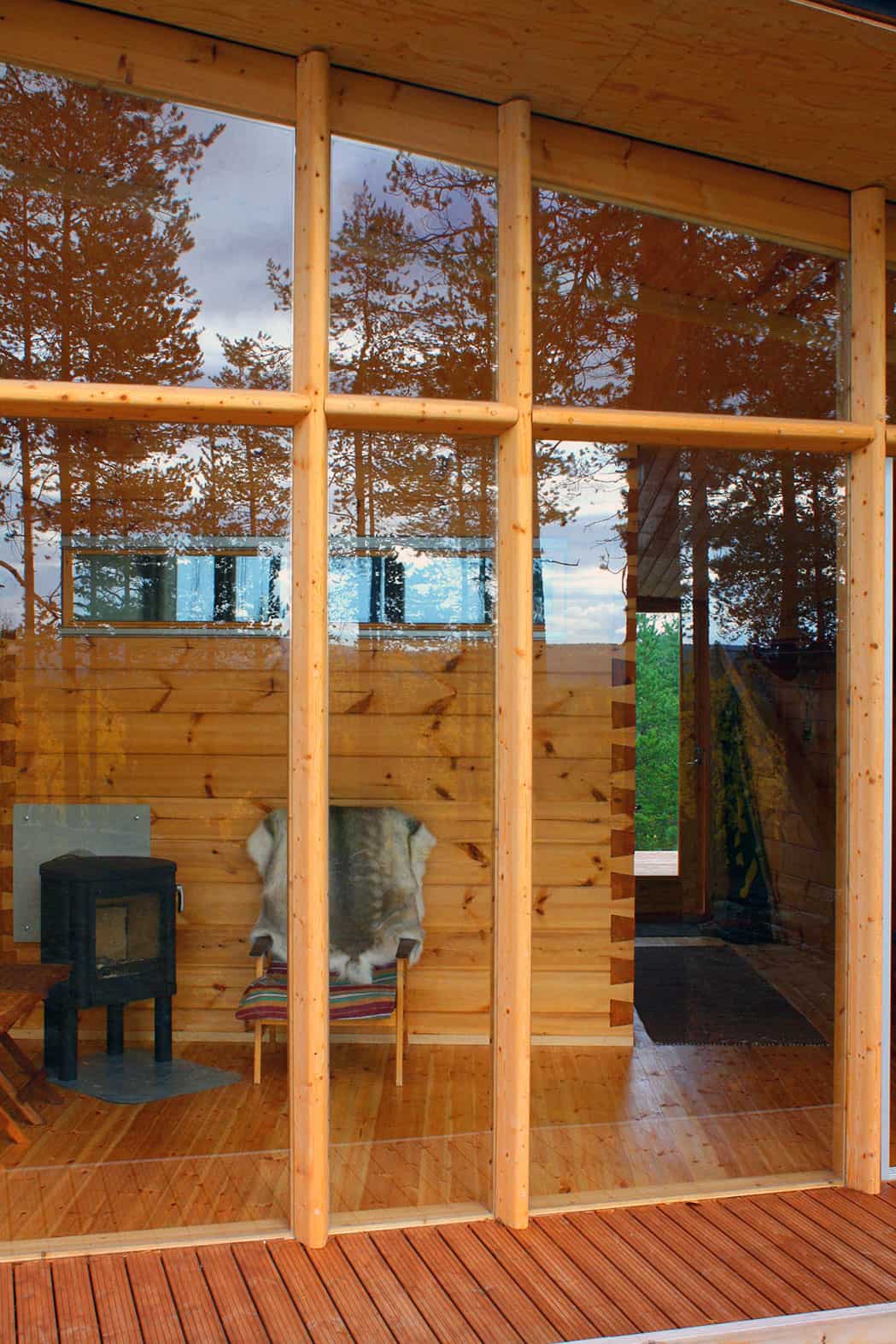 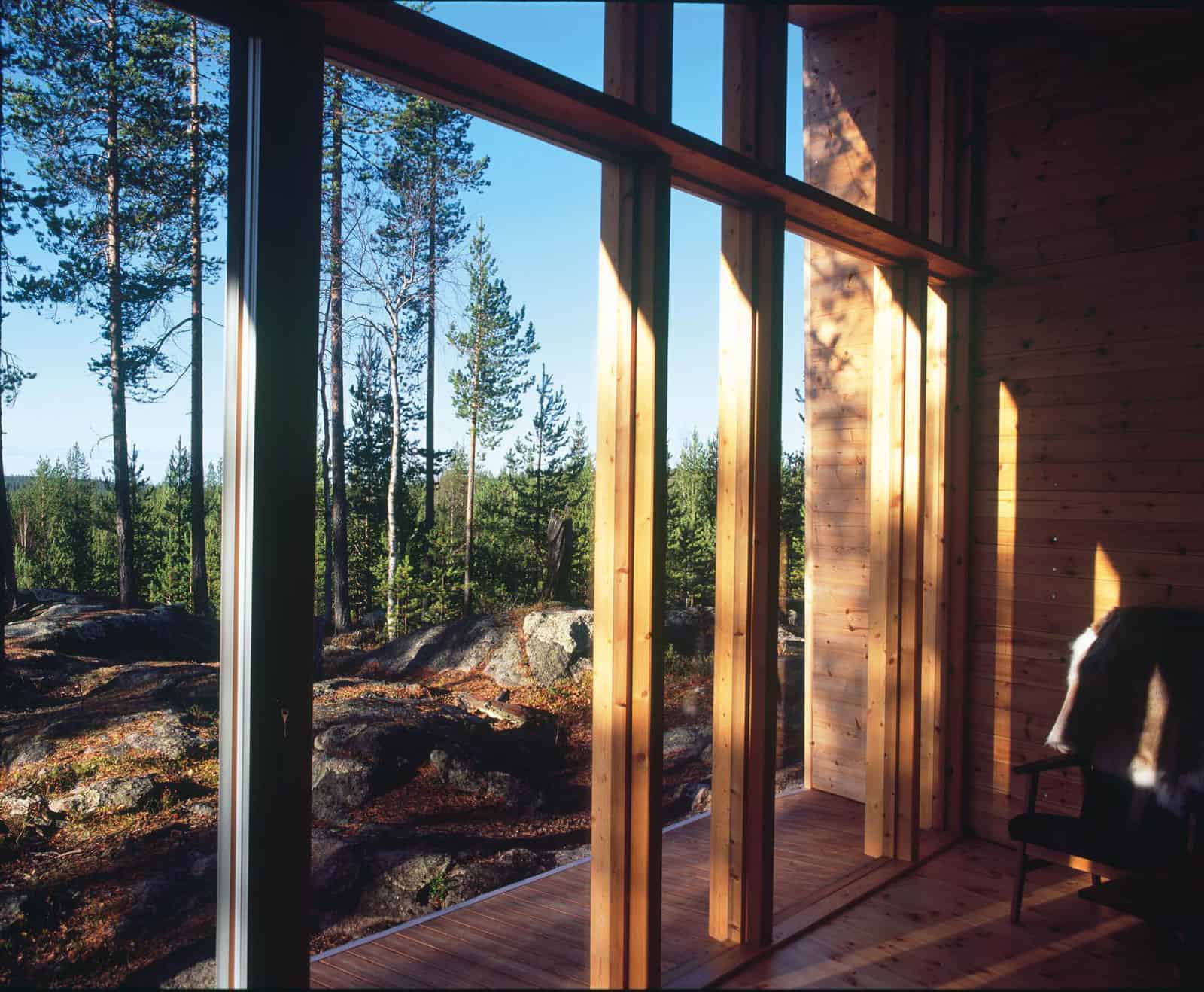 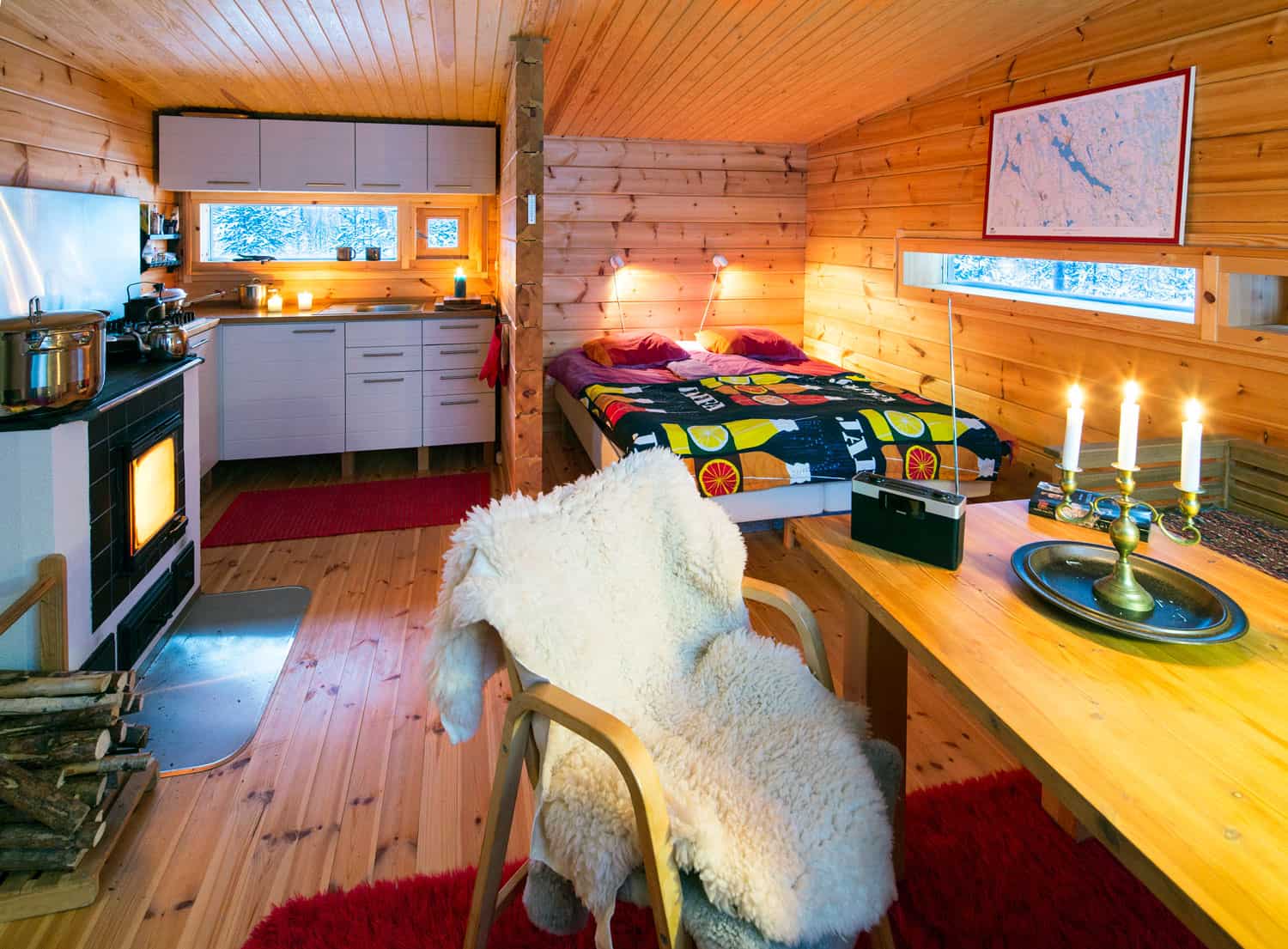 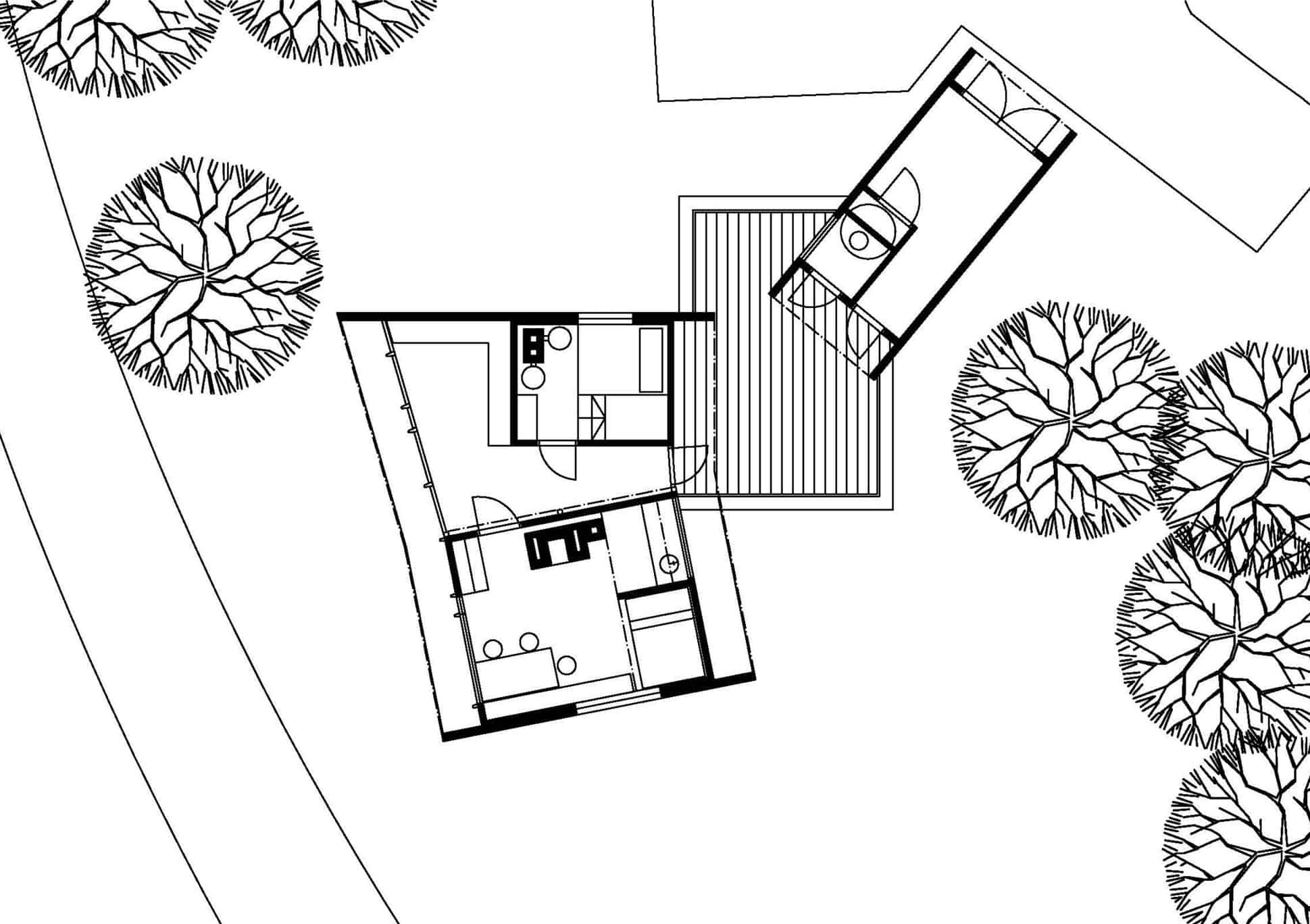 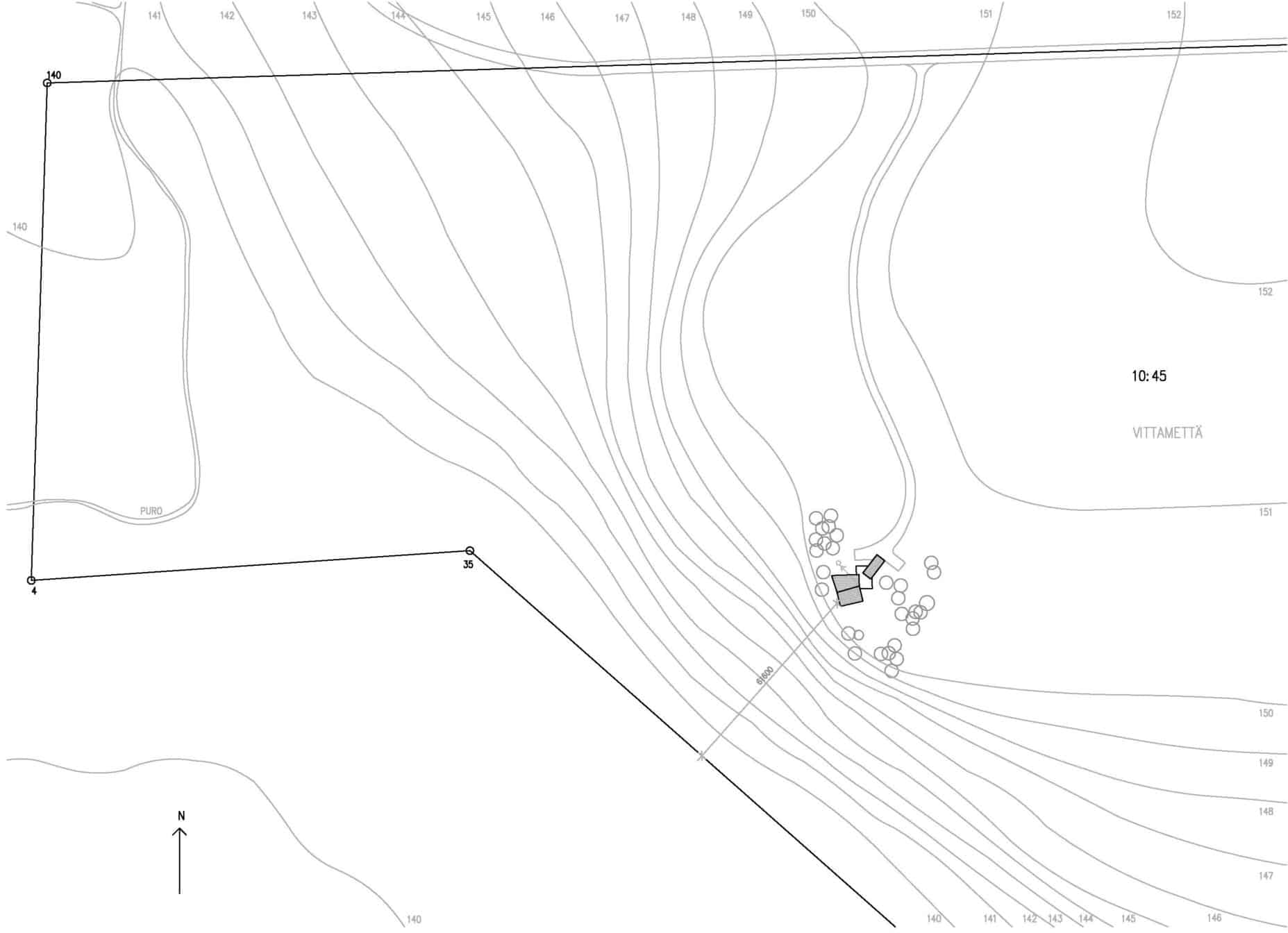 This award-winning cabin is a 2012 project by Arkkitehtitoimisto Louekari that can be found in Rovanniemi, Lapland, Finland.

It is a wooden structure perched on an outcrop overlooking the forest that consists of a living space, sauna, and woodshed. 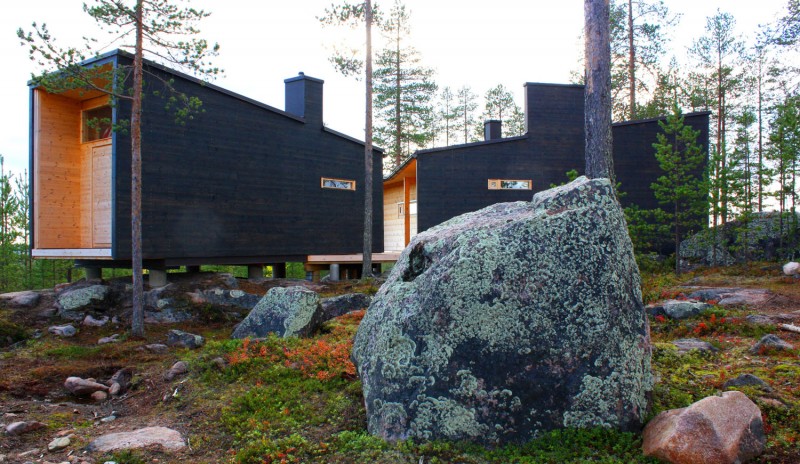 “The use of modern technology and new treatment methods have started a new chapter in Finnish wood architecture. Lauri Louekari´s Villa Valtanen won a respected wood prize, ”A Log House of the Year” by Puuwoodholzbois at the winter 2012.

The Villa Valtanen stands on top of a rocky outcrop with views towards the distant fells through the surrounding forest.

The task was to design a wilderness hideaway consisting of a living room and sauna with a separate woodshed. Between the buildings is a terrace which provides access to both.

The living room and sauna have a log frame with fishtail corner joints, which is a typical old Finnish building system. Between sauna and Living room is a lofty space with big windows opening onto the fell landscape of forest Lapland.

The log frames here are not load-bearing, but the building has a series of beams which carry the laminated-veneer-lumber rafters.

The side walls are clad in tarred 45 mm planking which acts like a “raincoat” and allows the use of a short eaves with almost no overhang.

The gable walls are sheltered by a traditional eaves with a long overhang.

The dark finish on the external walls helps the building to melt into the landscape. In contrast, the oiled natural-wood finnish brings light to the entrance facades.

The theme of this building constructed to the north of Rovaniemi and the Arctic Circle, is localization. The log frames, windows, doors, facade mouldings and other joinery were made by local firms.

The only products imported from outside were the solar panels and their batteries and the composting toilet.