Architects at EZZO have redesigned a building located on a historic street in Porto, Portugal to create this modern residence.

In order to preserve the original character of the surrounding neighborhood, the designers  kept changes to the facade minimal and turned their attention to the interior spaces. 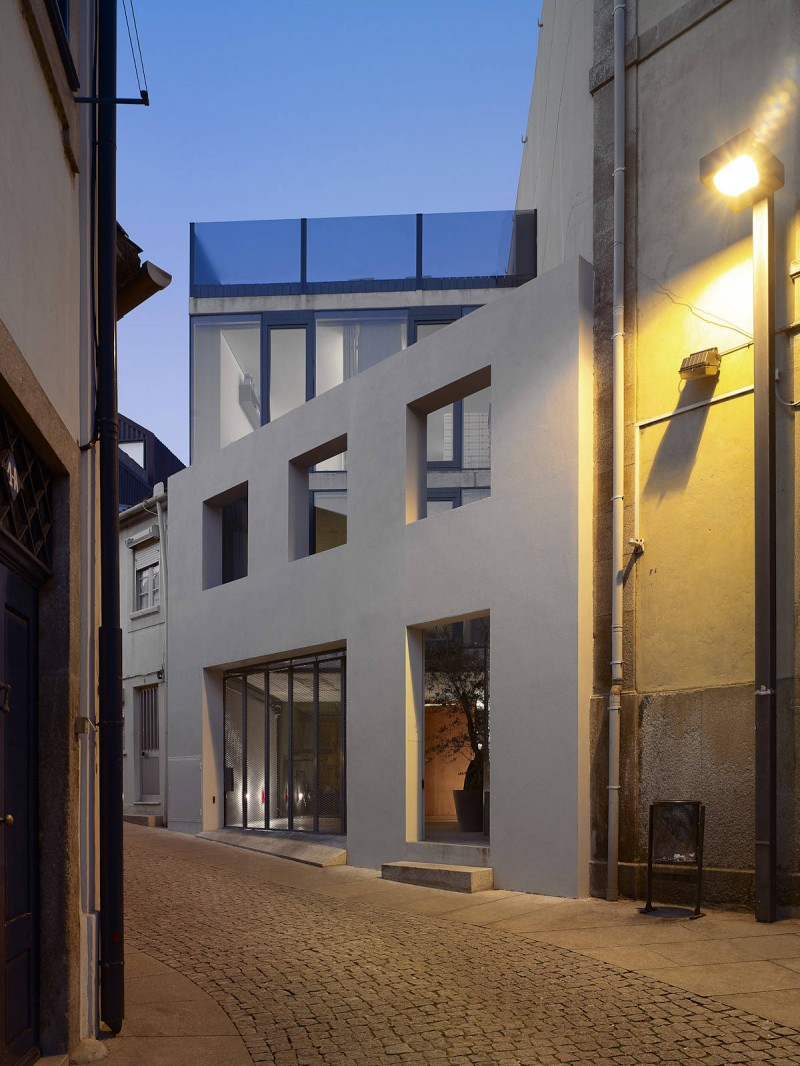 The objective of the project was the conversion of an old house in the area of Porto historical center. The question was to create a single-family house to the 21st century way of living.

The house is located in Massarelos, in a tiny picturesque street. During the nineteenth century, Massarelos was one of the areas chosen by the British to build their houses and farms.

In the bucolic setting, which led to the creation of several footpaths in 2001 (European Capital of Culture), matrix and rural bourgeois, called “Romantic Roads”, this was a very active industrially place during the nineteenth century.

Given the overriding need to maintain the facade and the existing industrial character of some buildings in the area, we decided to retain the existing facade and the remaining outer walls of the ground and put the new concrete volume in the interior.

To preserve the traditional surroundings of the site, the house itself becomes a kind of enclosure were the exteriors spaces expand into the interior.

The volume of the house is bordered by buildings within the North and South and away from facades, which remained to east and west.

From a material point of view the facade is a passive element, the vertical glass panels give depth to the interior, so you can see and feel the neighboring spaces.

Inside, the house is organized on three floors through a central staircase that distributes the inside spaces.”