The home was originally built almost two hundred years ago, and was remodeled to its present state in 2012. 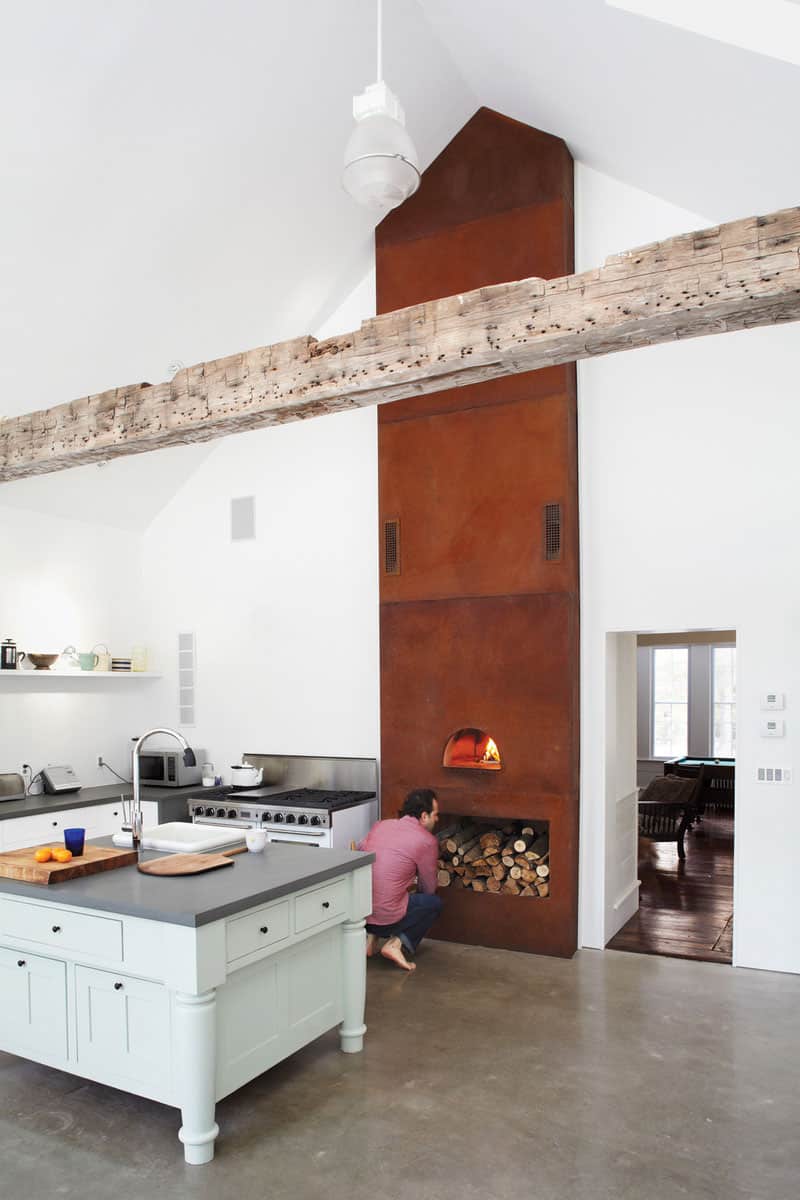 “Sited at the edge of a pristine creek, with a waterfall cascading over an ancient dam of hand-laid stone, the Floating Farmhouse was a sinking ship when first discovered. After a design and rebuild process spanning four years, the 1820 manor home is now a study in contrasts: fully restored to its period grandeur while featuring purely modernist elements, including a curtain wall of skyscraper glass in the kitchen, polished concrete and steel finishes, minimalist interiors, and a cantilevered porch “floating” on the surface of the water.”