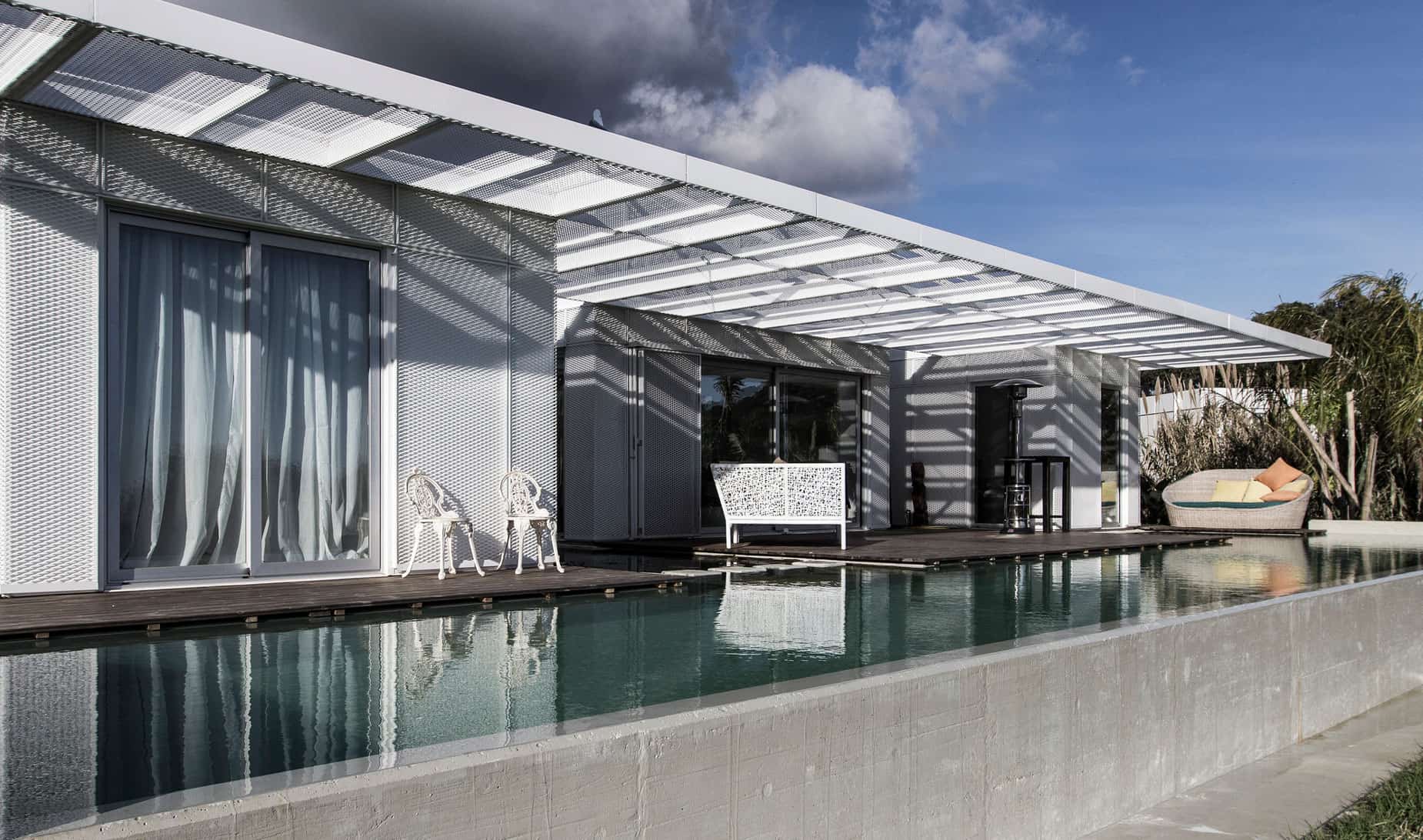 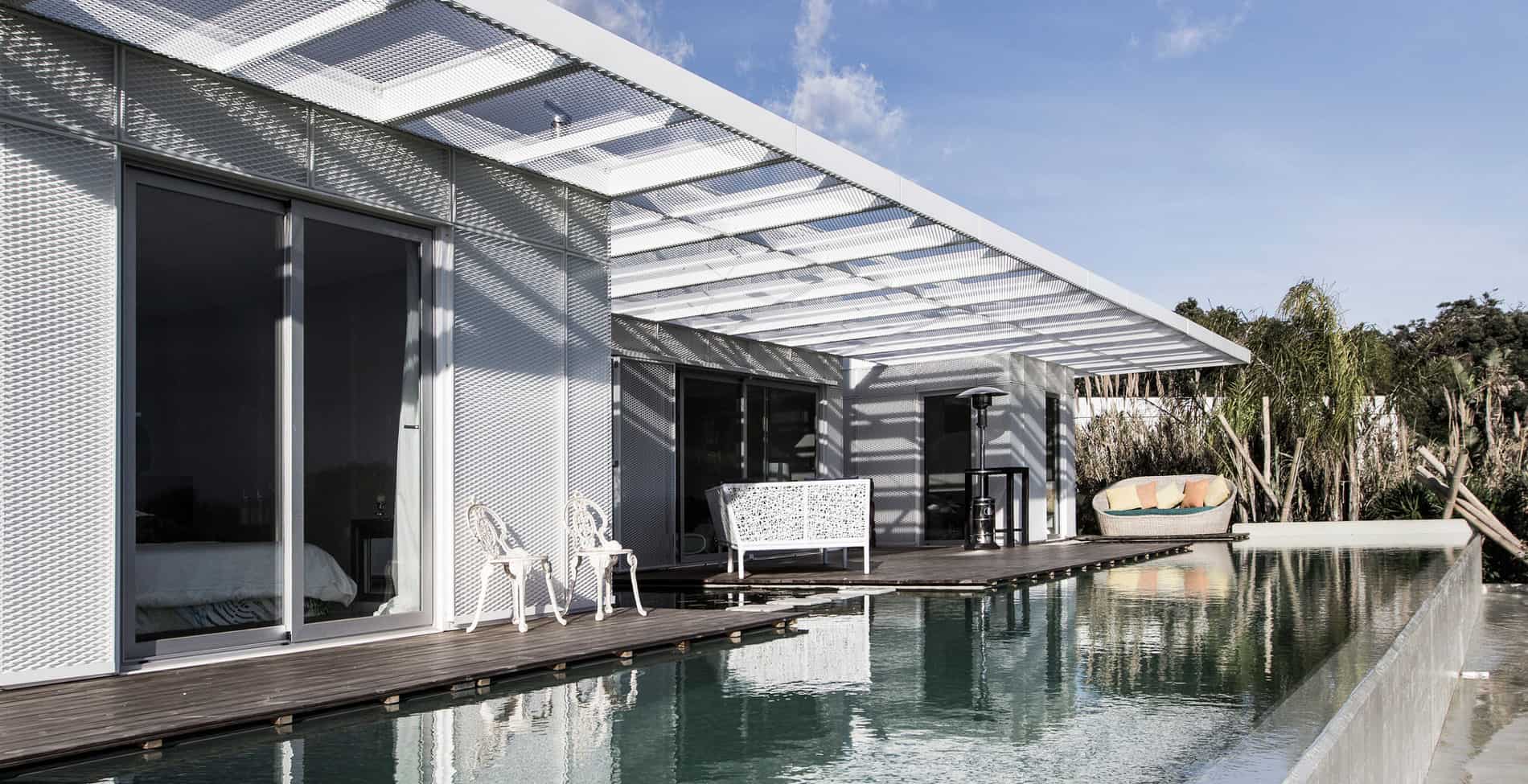 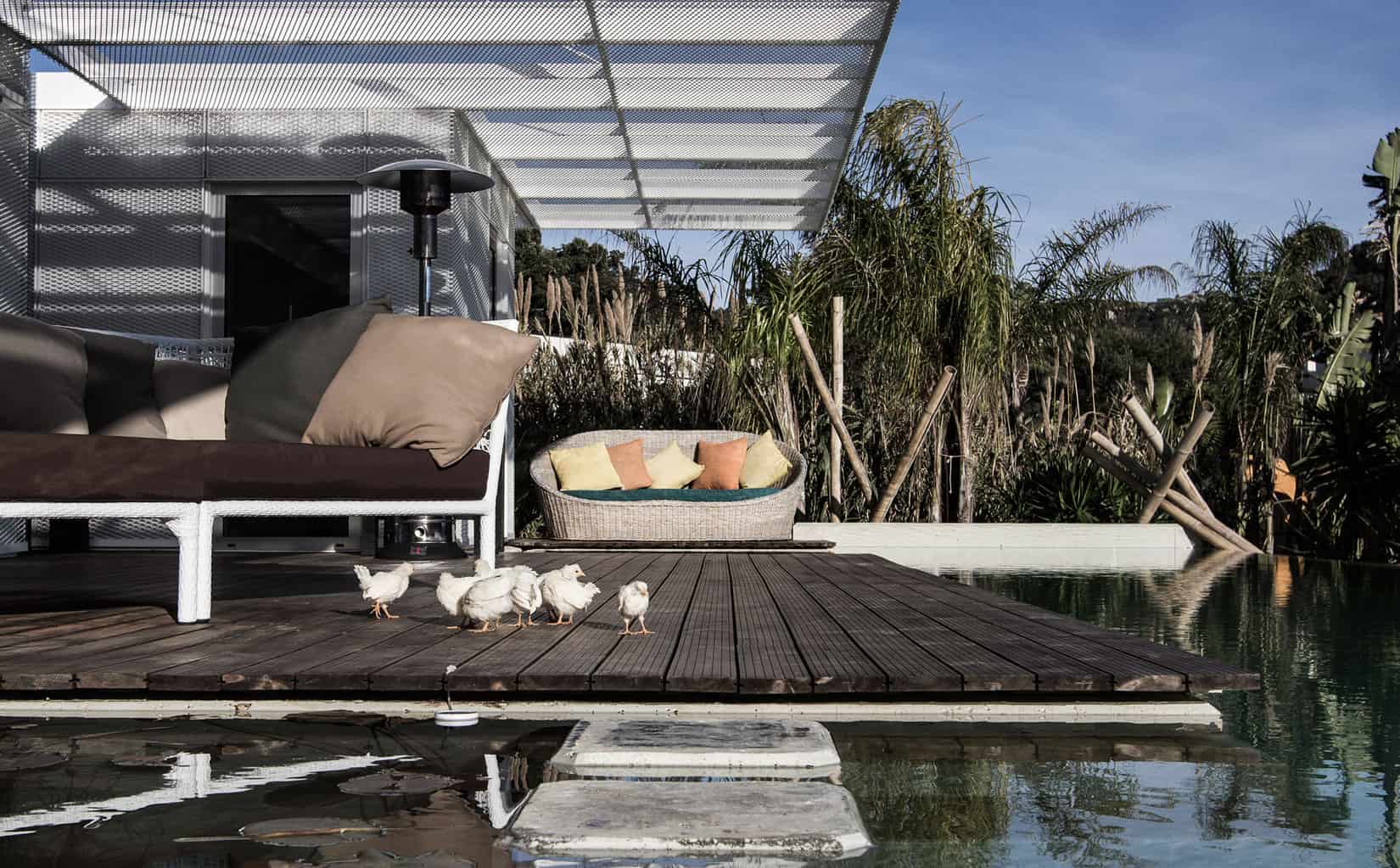 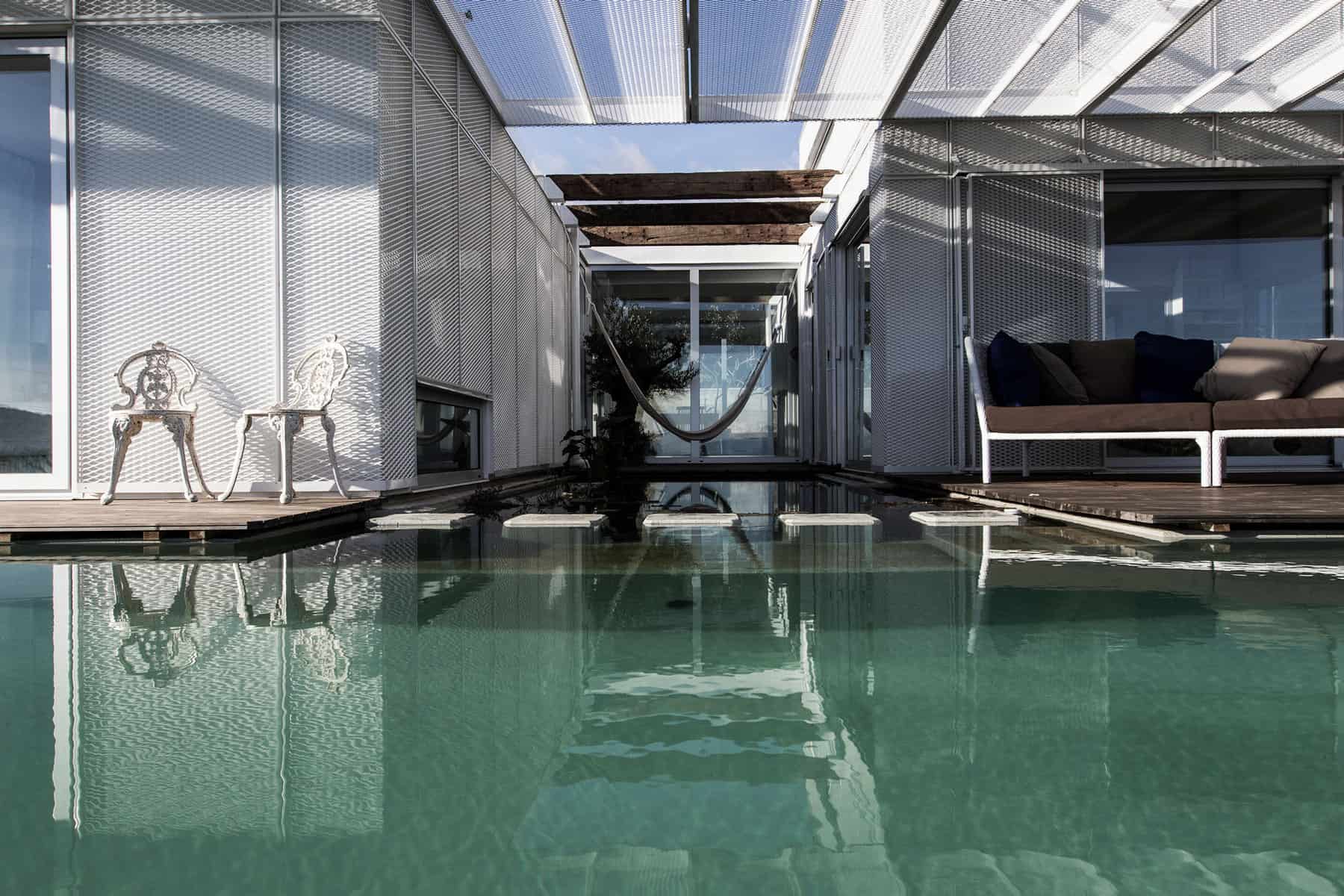 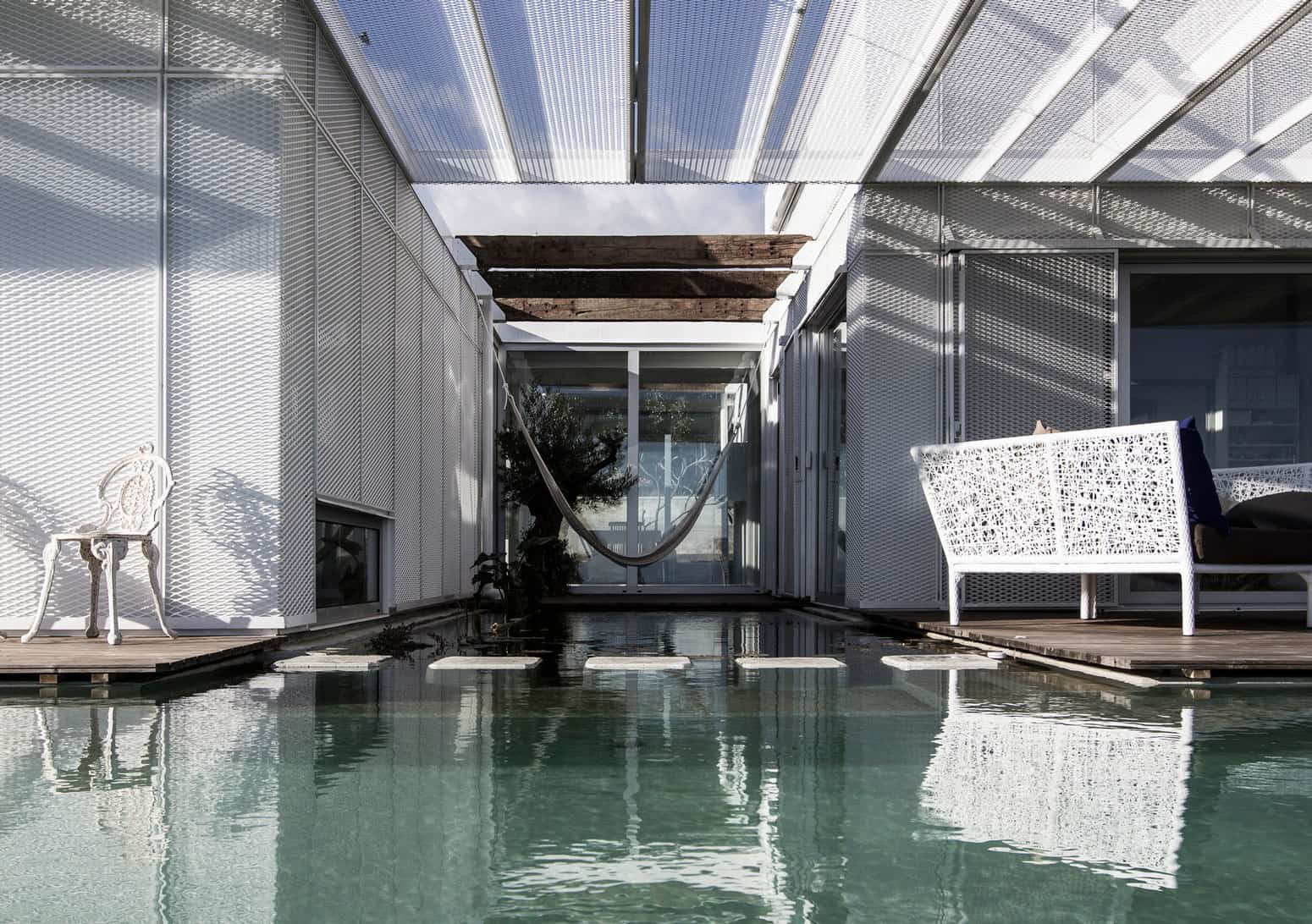 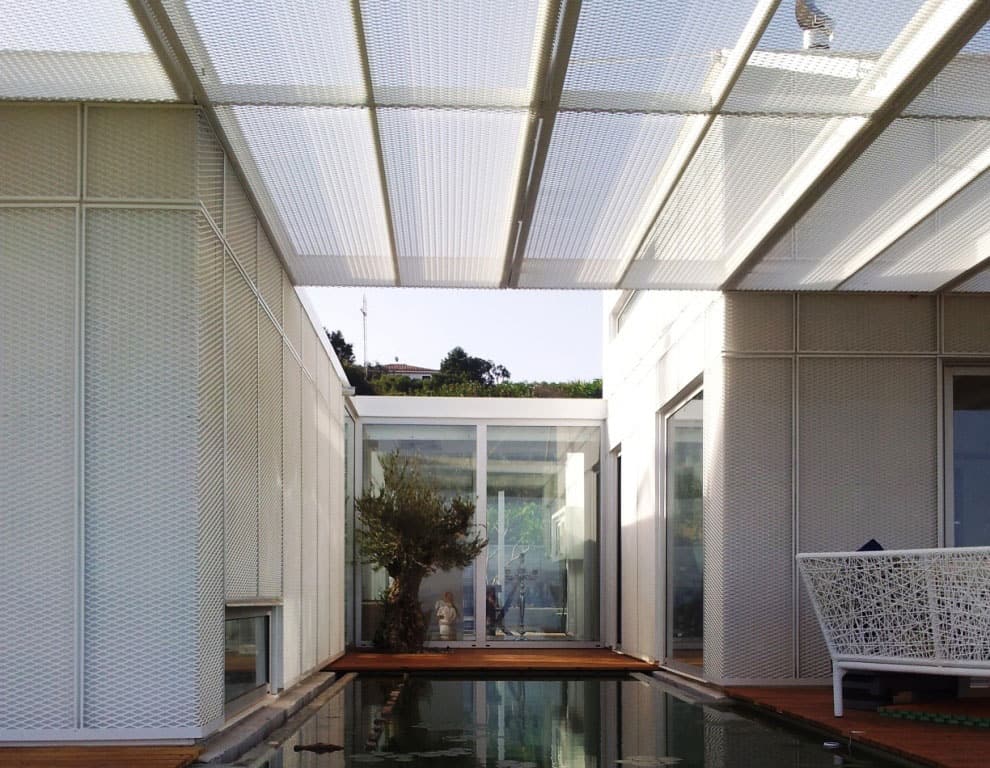 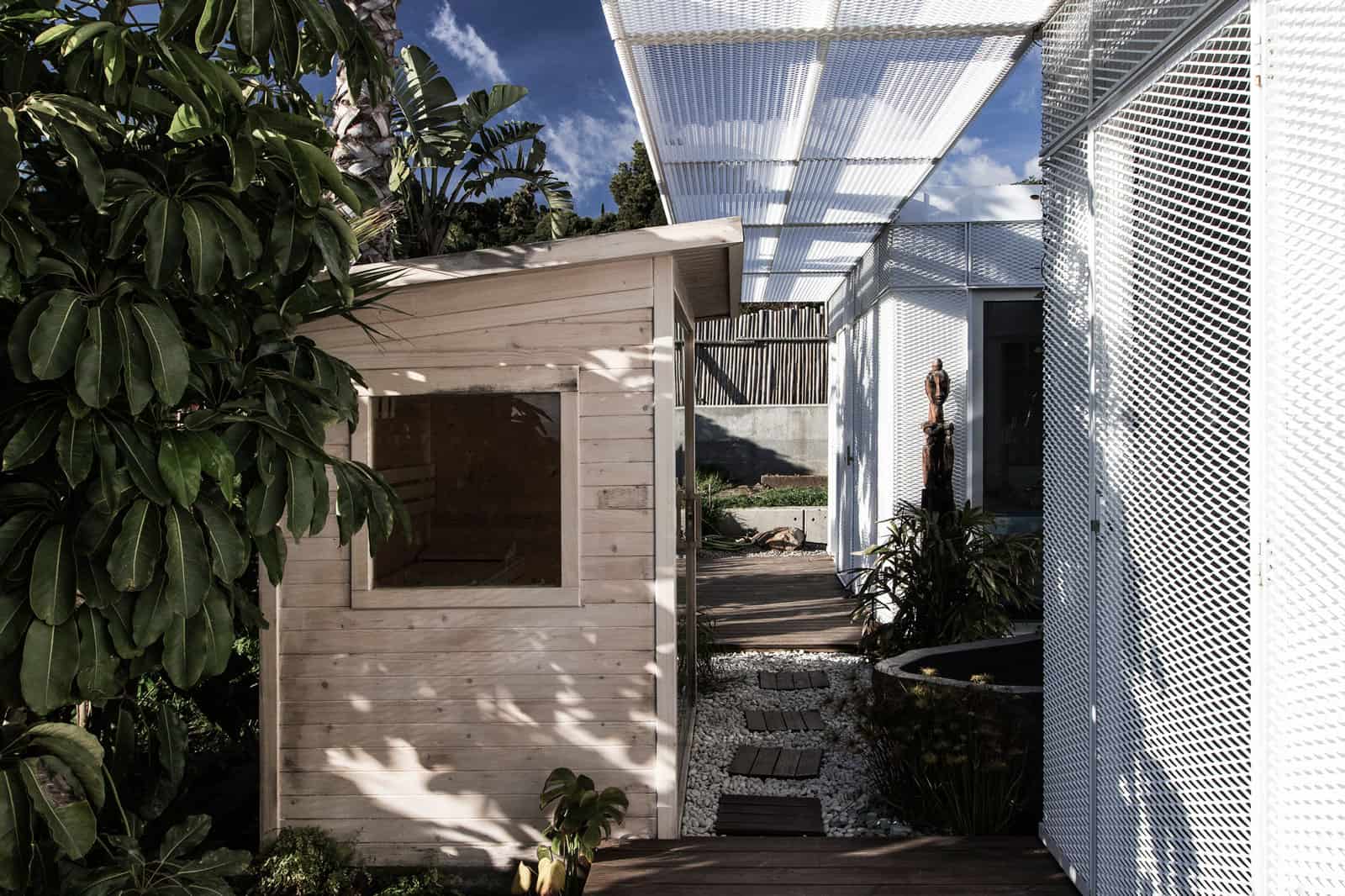 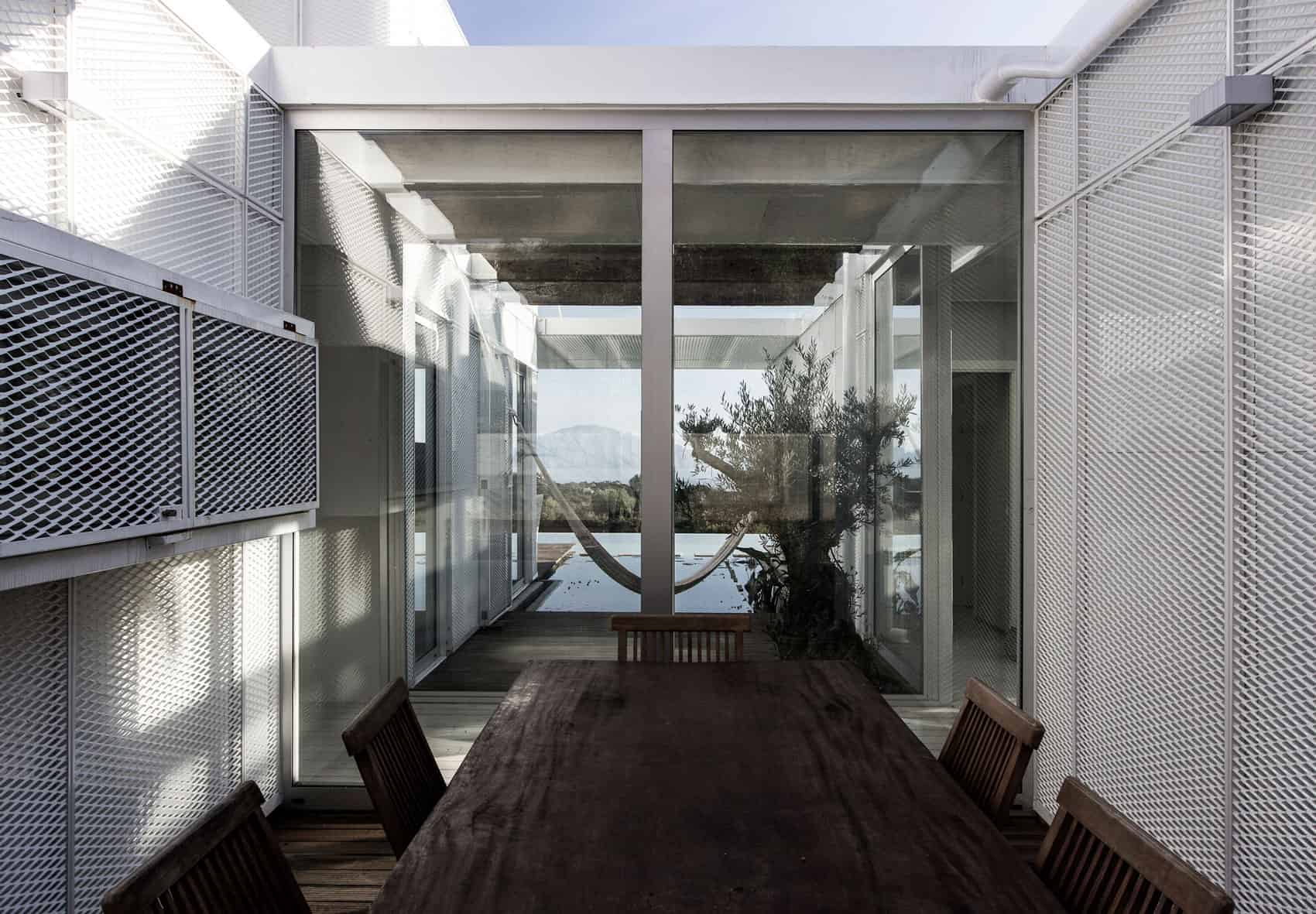 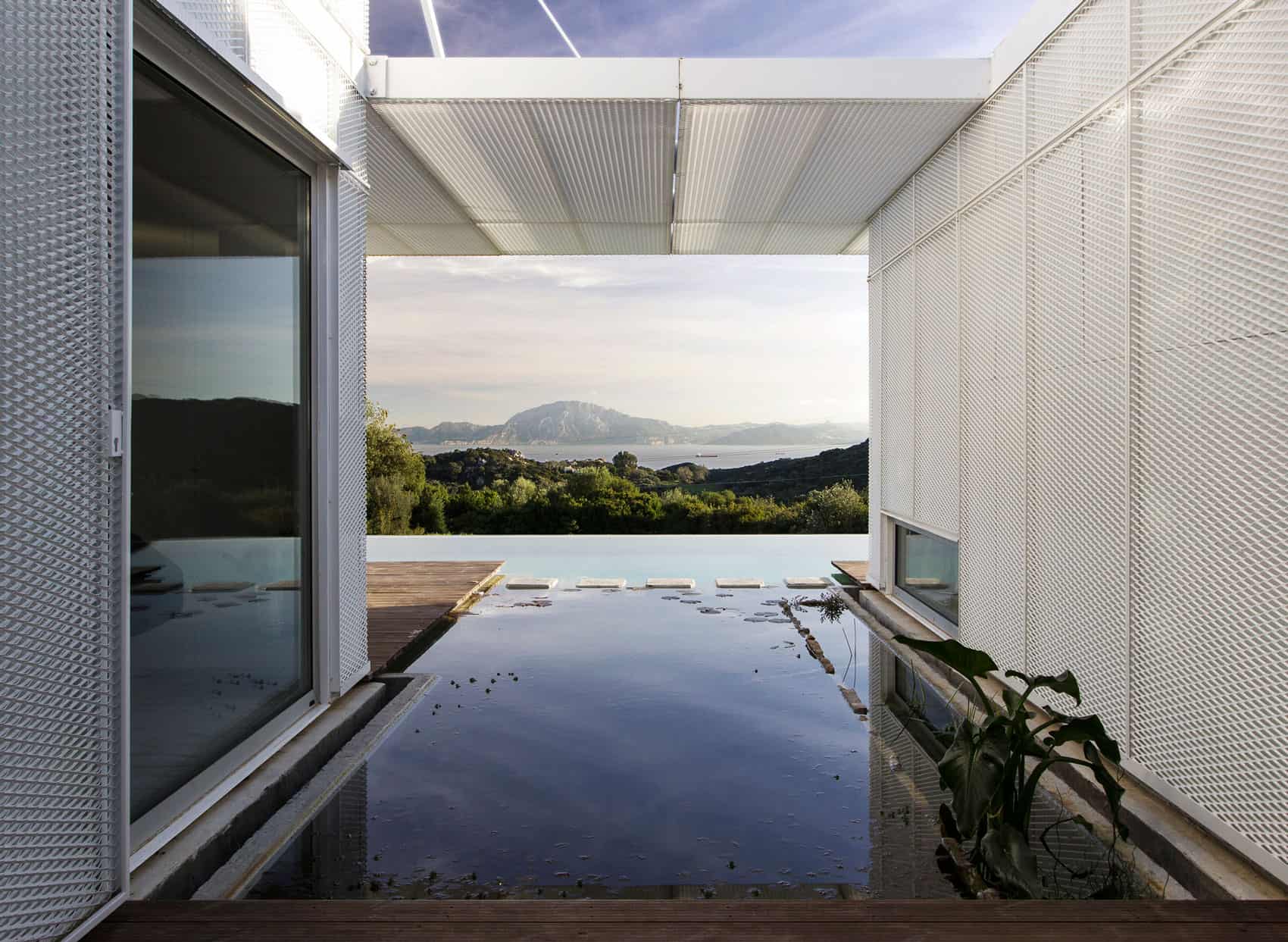 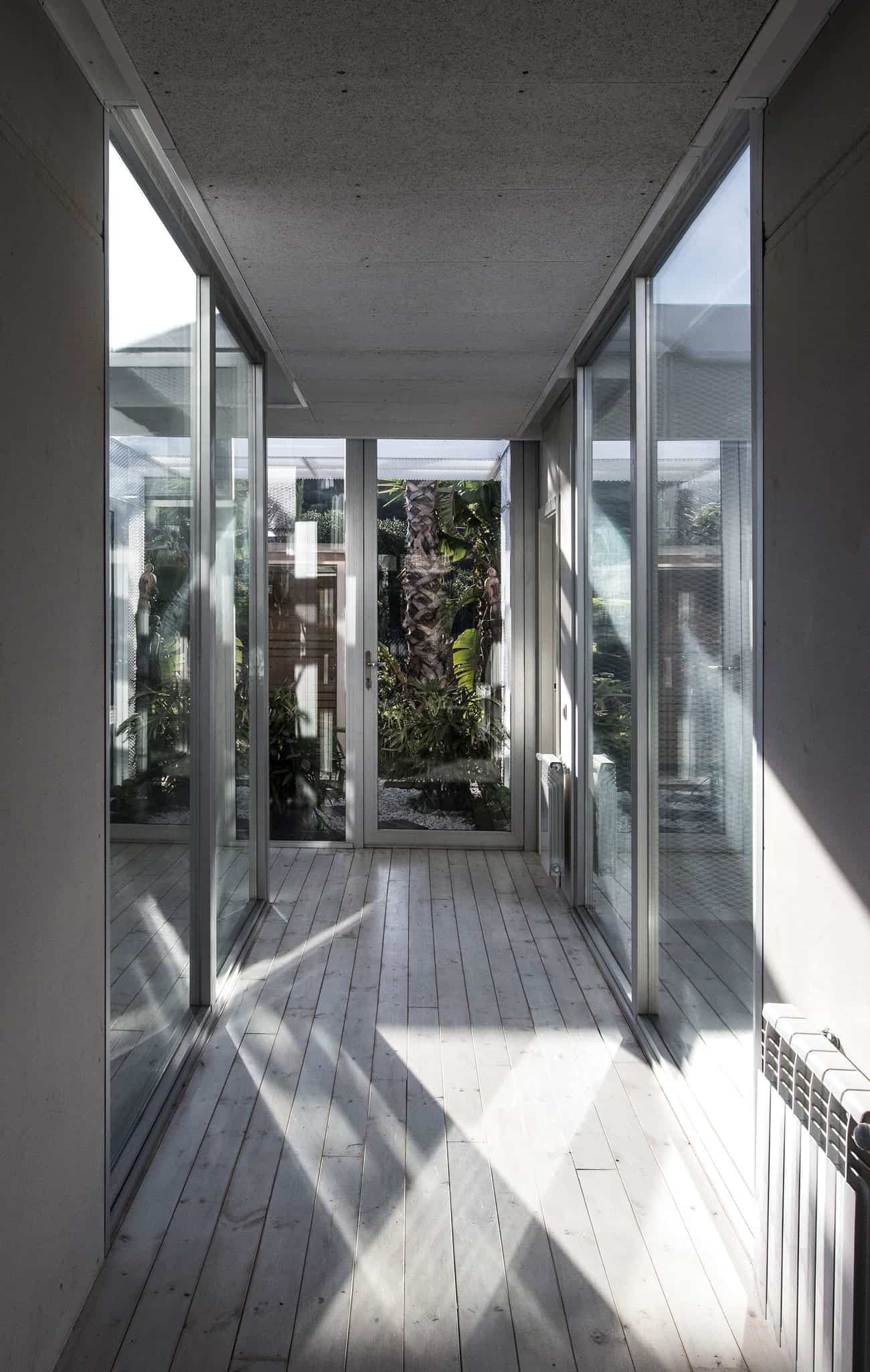 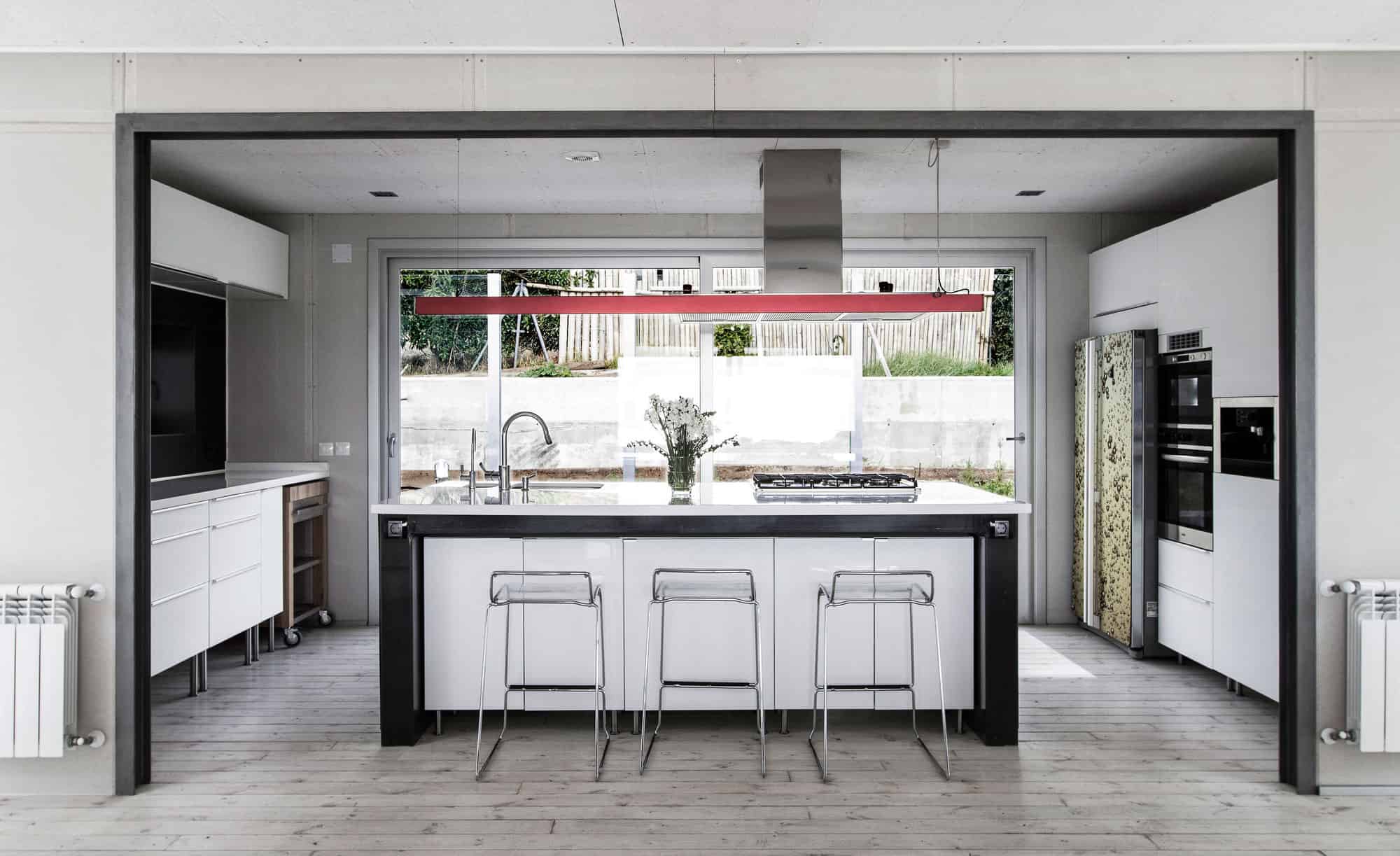 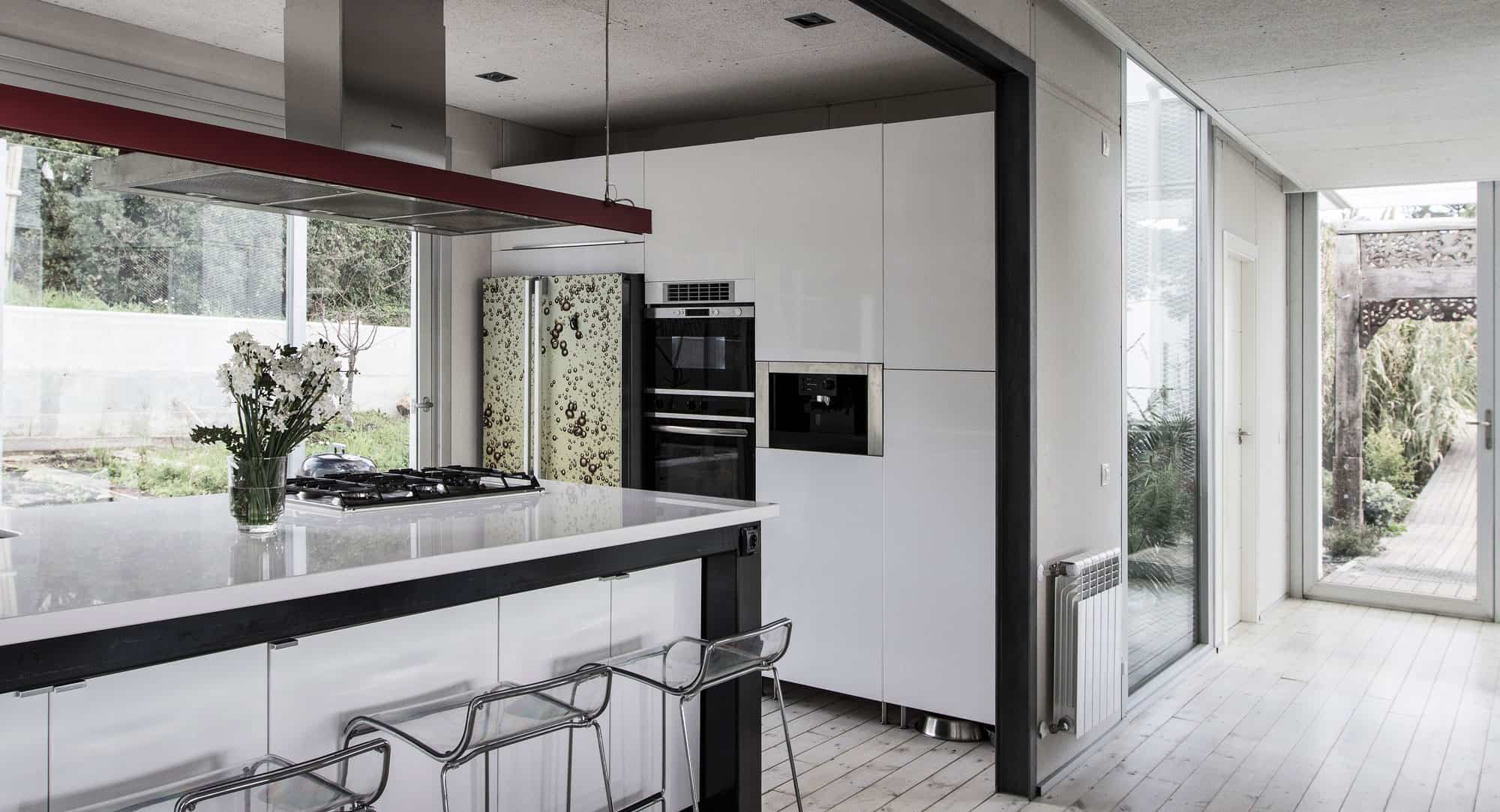 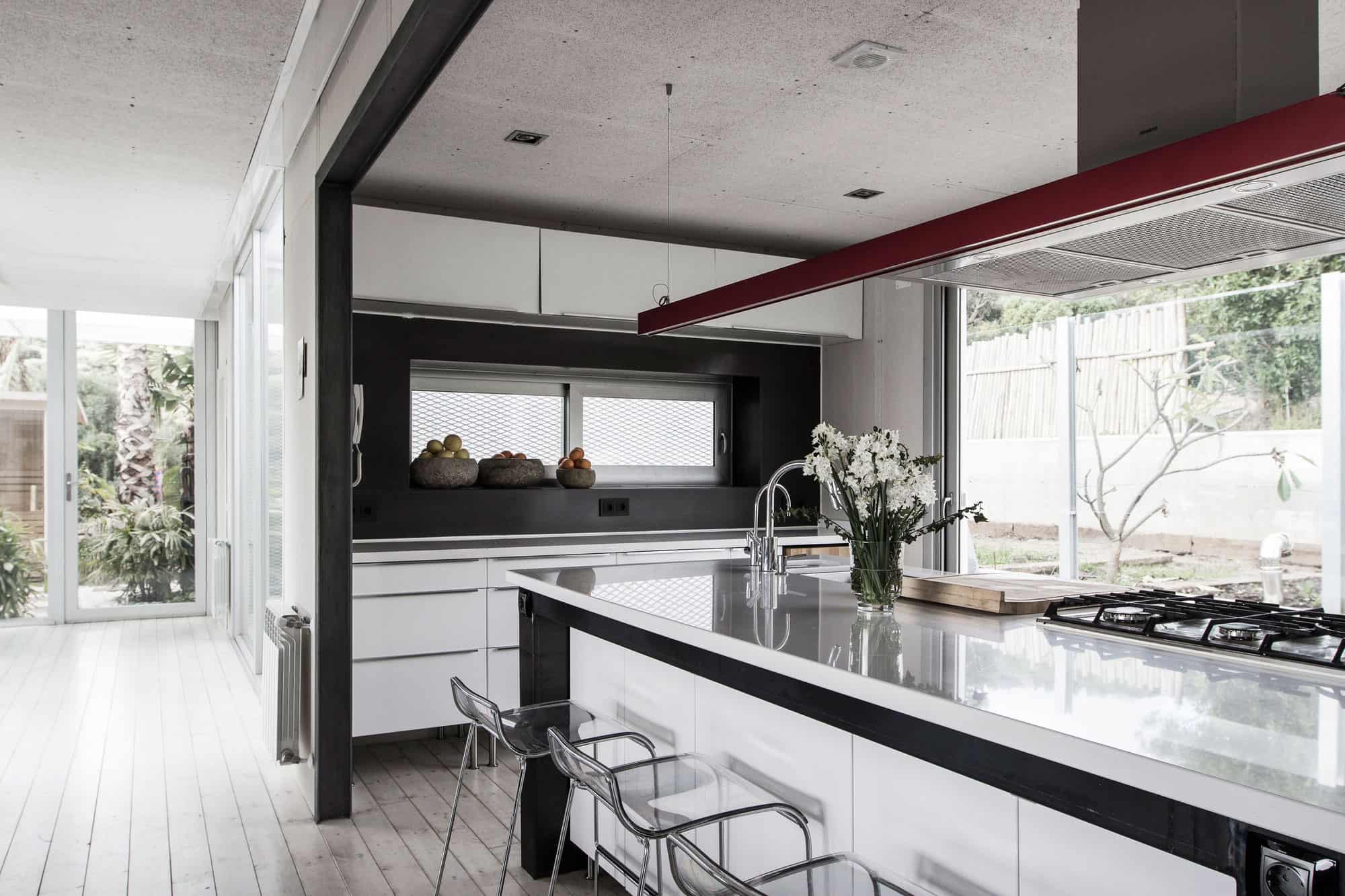 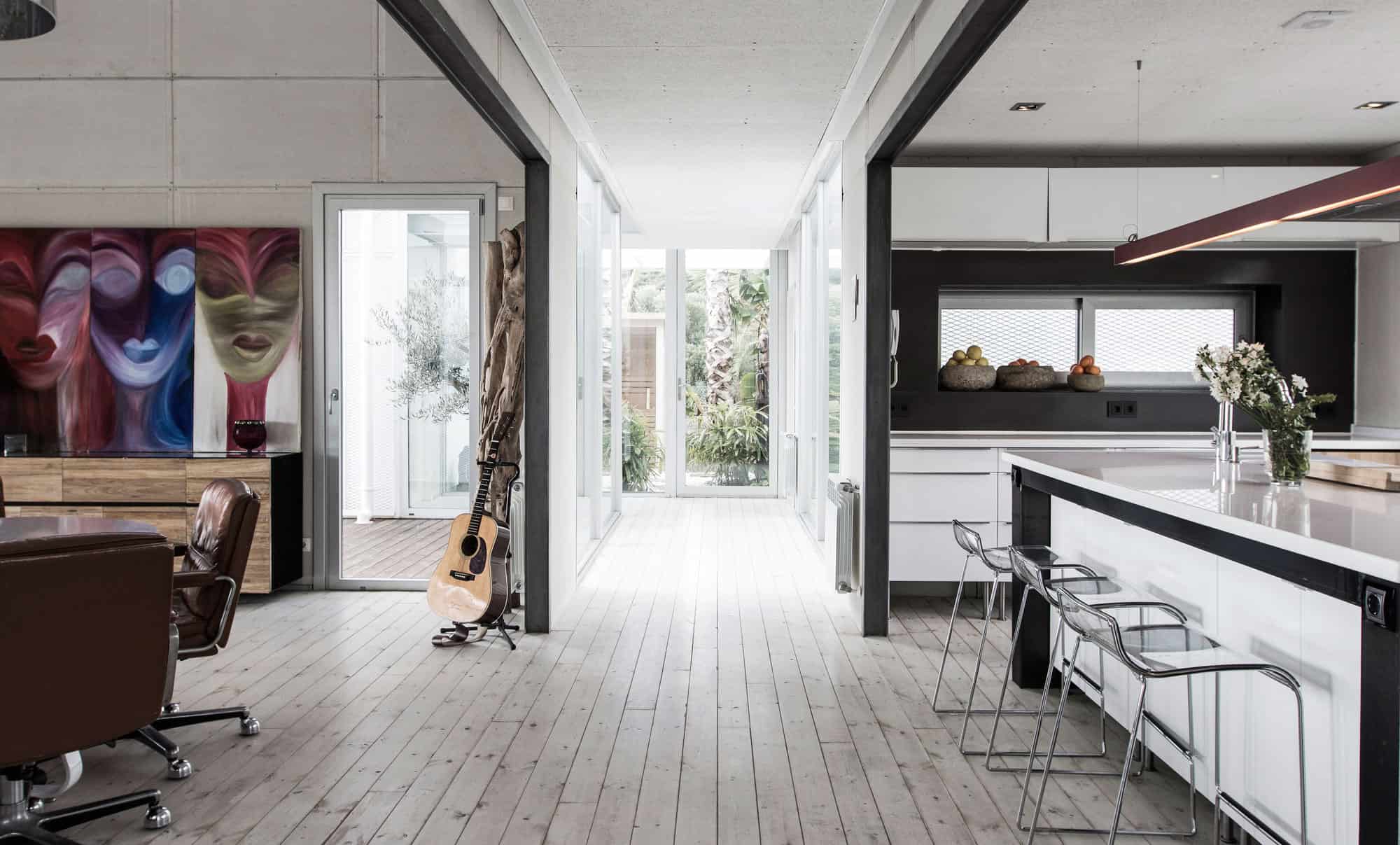 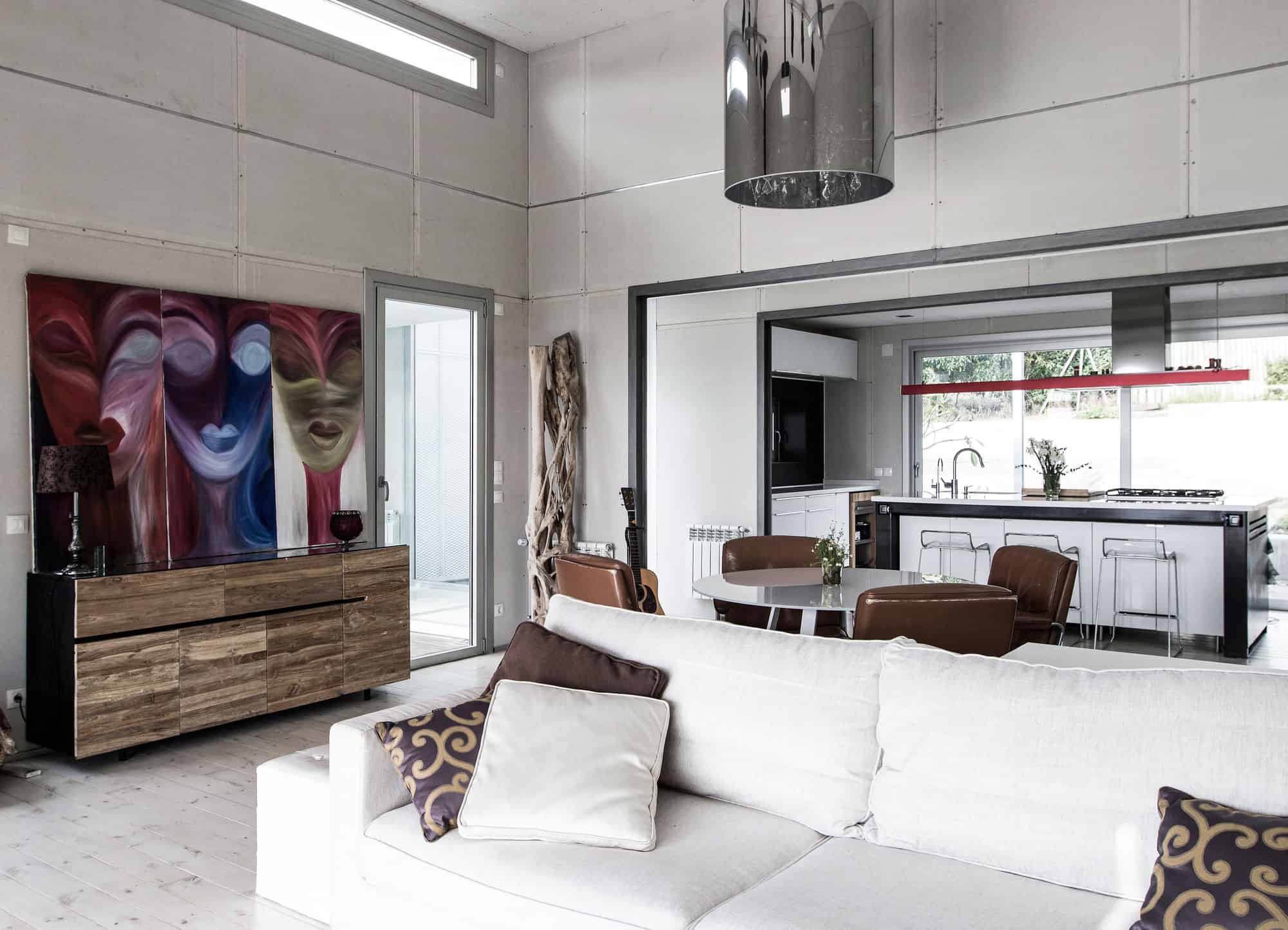 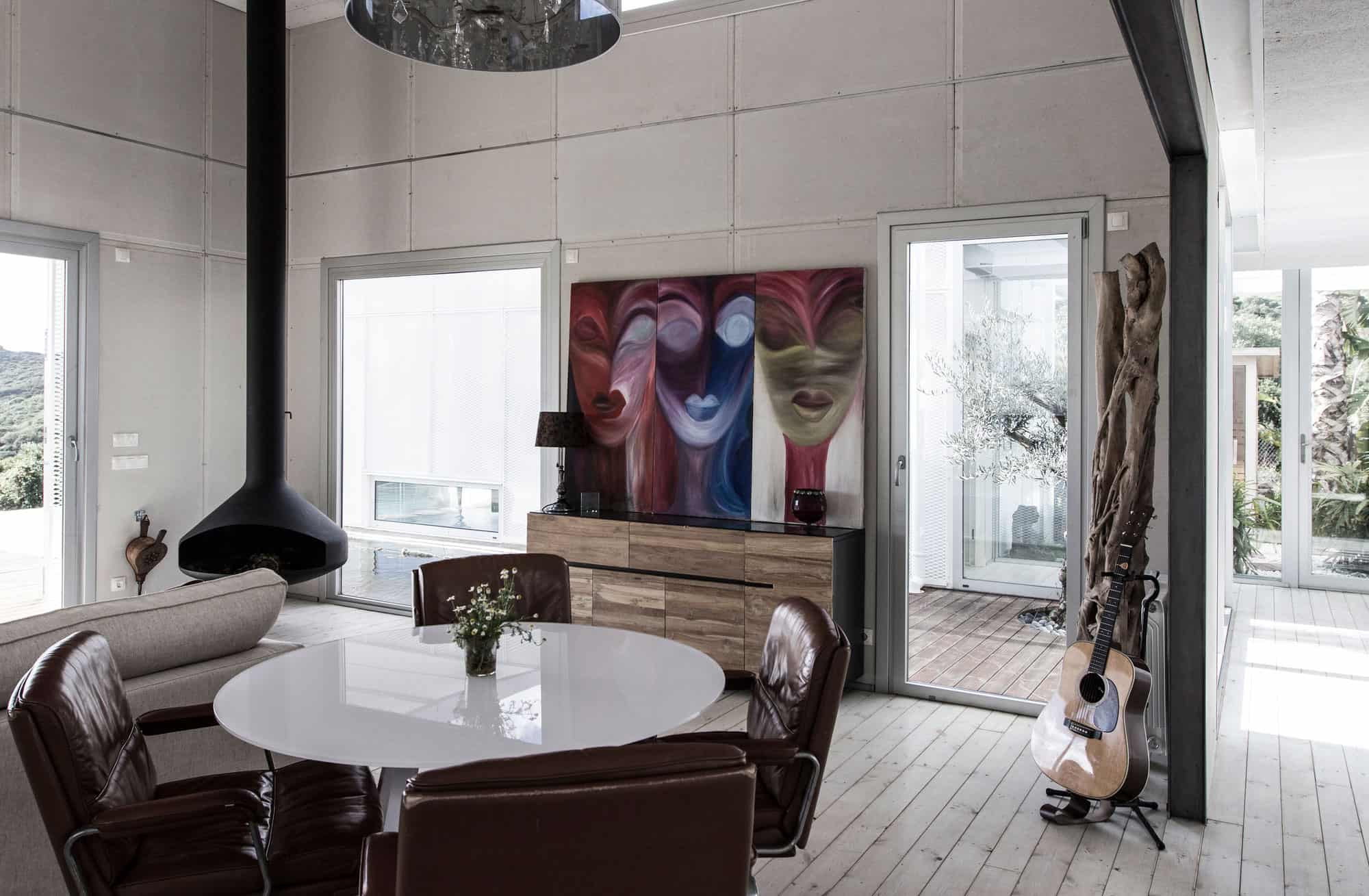 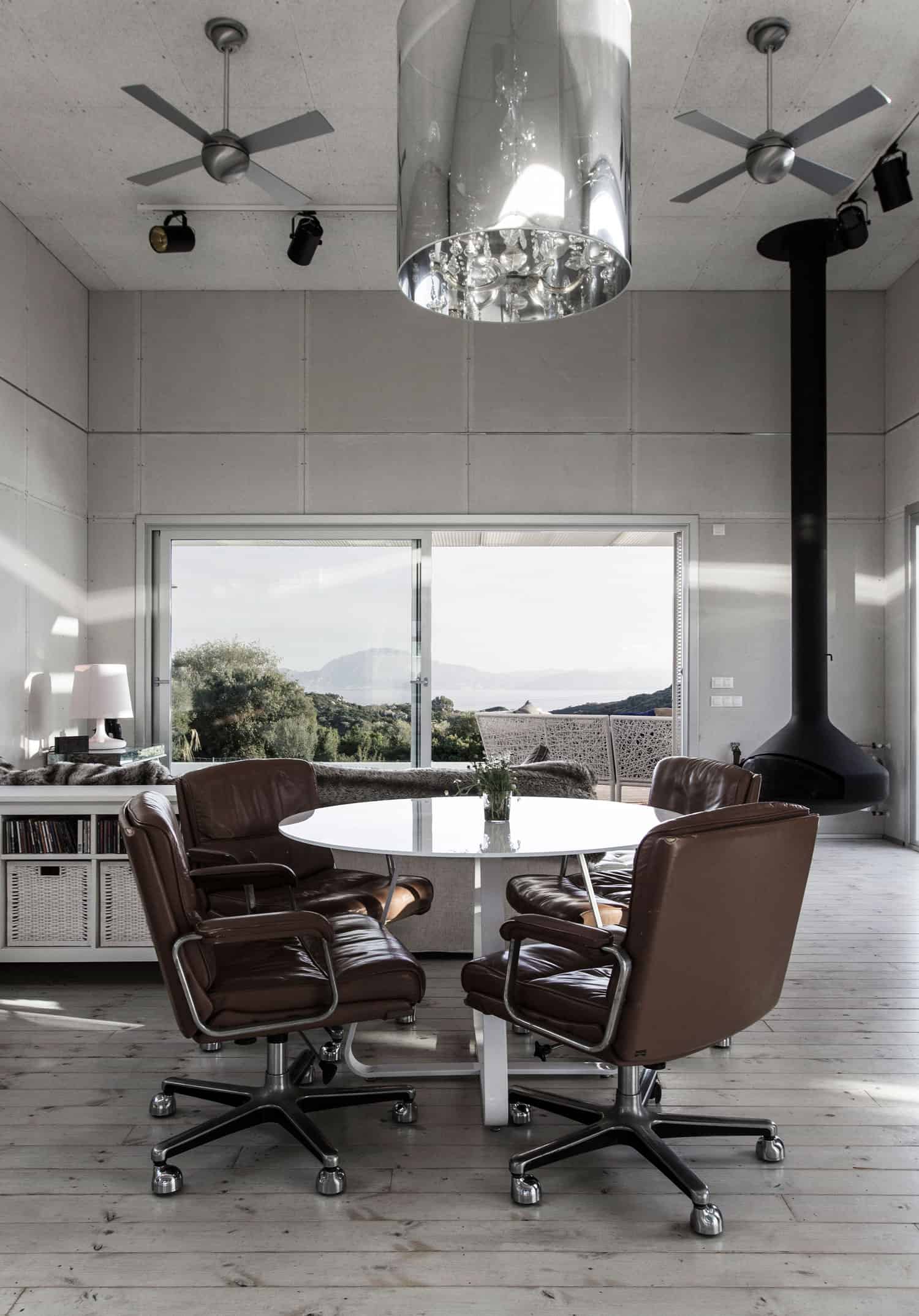 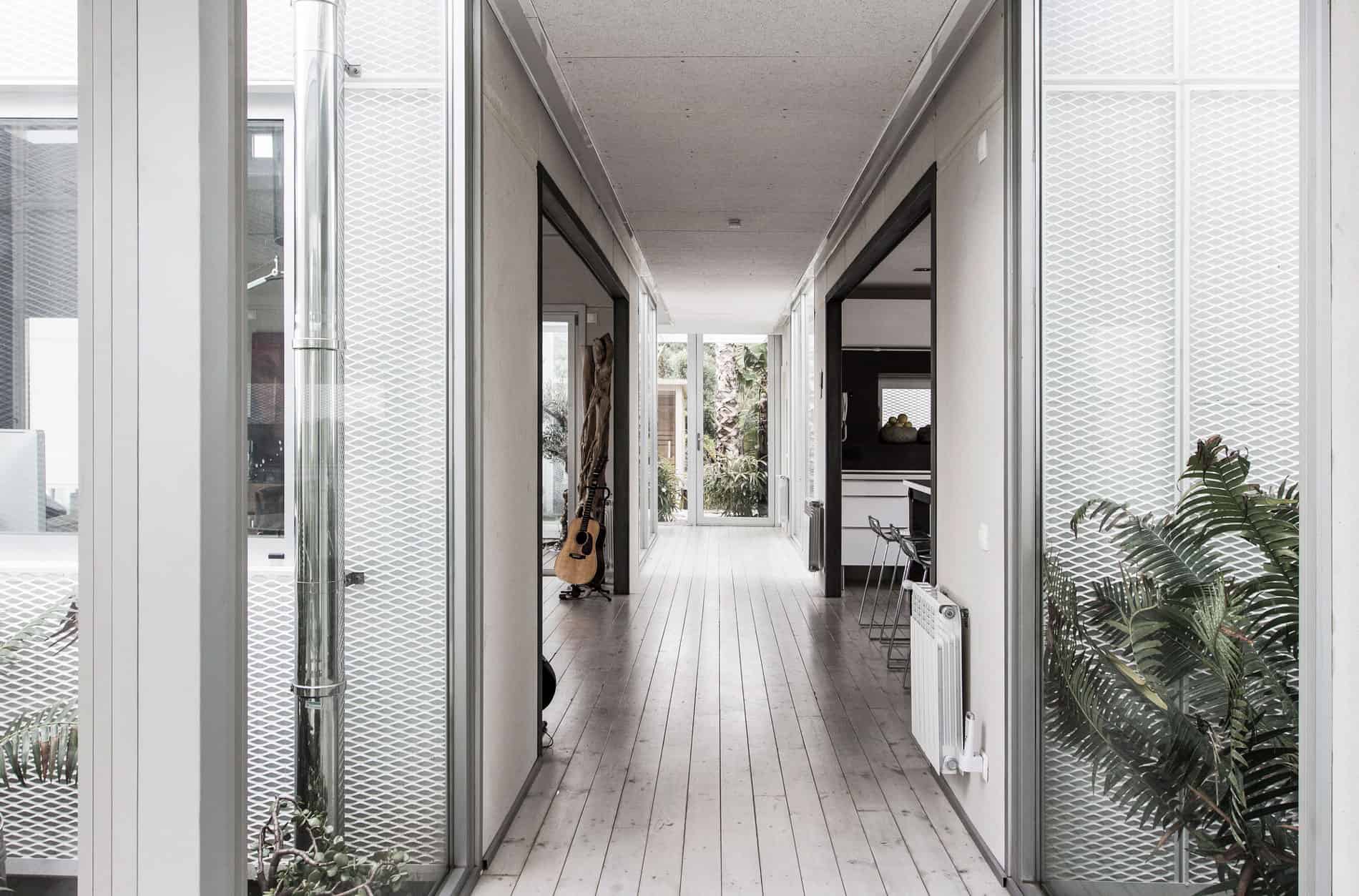 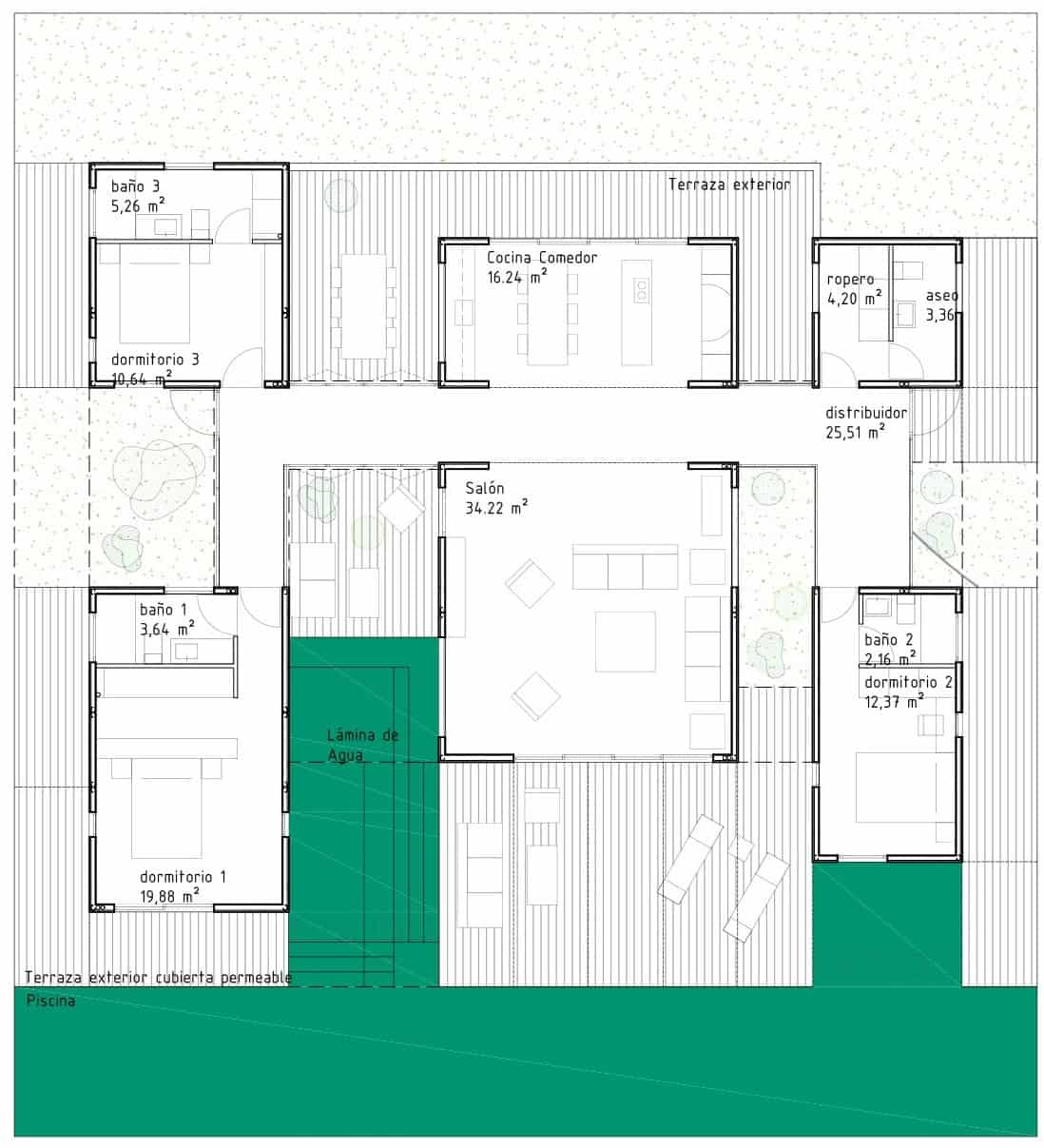 James & Mau created this modern home in 2013 for a client living in Tarifa, Cadiz, Spain.

Its design is based on the traditional architecture of the region with a contemporary edge.

“The terrain is located on a slope looking at the valley that dominates the Strait of the Gibraltar. The climate is Mediterranean with hot summers and soft winters, both humid, and very much influenced by the strong winds of Tarifa.

The vernacular architecture of Andalusian “pueblos blancos”* with its patios and narrow streets reflects how the local building style adapts to the climate. Finally, the client expected us to propose to him not just a mere residential house but a complex area that would permit the development of several indoor and outdoor activities.

As a result we proposed to condensate a “pueblo” on 300 m2 and turn it into a contemporary “cortijo”. The rules that determine the design are the same as the ones behind its inspiring prototypes. The first characteristic element of a “cortijo” or “pueblo” would be the wall that delimitates it.

In this house we proposed an open and contemplative enclosure instead, created by a huge horizontal plan composed by a permeable, expanded steel mesh pergola. The latter permits to control the solar radiation both in summer and winter creating a microclimate in the enclosure.

Next step is to explode the plan programme resulting in a series of volumes, just like the buildings or pavilions with different functions, which form a pueblo or “cortijo”.

The pergola is perforated with as many holes as volumes, in order to insert these in them. The occupation of the patios is not total, leaving the possibility for a future colonization, after all, a pueblo is not built in a day.

The same mesh used for the pergola dresses the volumes creating a continuity between the fake enclosure and these volumes. Furthermore, we created a variety of spaces constructed with specific emptiness, both inside and outside, which permits one to walk in the house through the infinity of paths, just like in a pueblo.

These spaces between the volumes allow for cross ventilation causing airflow throughout the house in order to fight summer heat and humidity all year long.

Finally, the construction entrusted to Infiniski, is based on modular prefabricated construction, sustainable materials and renewable energies like bio-/mass and solar thermal panels for both heating and hot water.”