The Bates Motel Suite was created in 2011 by Egue y Seta for CasaDecor, an Interior Design exposition which was held in Barcelona, Spain that year.

The space is inspired by the films of the American director Alfred Hitchcock, and it is named after Norman Bates, the protagonist from Psycho. 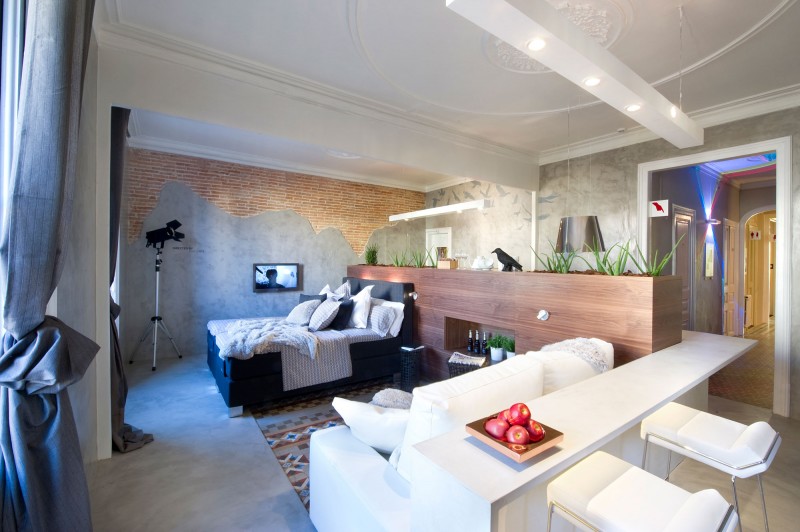 “The Bates Motel Suite designed by Egue and Seta provides the ability to entertain, work, eat, wash and sleep characteristics of an “apart-hotel” from a single piece of multi-functional furniture around which are distributed radially, exempt and stays differentiated by decorative elements that recreate the iconic frames of the films of Hitchcock.

Here, Norman Bates spying through a tiny hole, prying LBJeffries has two windows, and “The Birds” only encourage better memories “supense” of the “50s”. The Bates Motel Suite, like Hitchcock, offers advance: A series of stays that occur in a narrative leaving warn at all times what is on the other side or to occur.

This space was designed to Futurcret.”

Living by the Market by Egue y Seta