Güth & Braun Architekten and DYNAMO Studio created this contemporary home in 2011 for a client located in Germany.

It is a renovation of a mid 19th century building revitalized the structure’s original character while adding a modern touch. 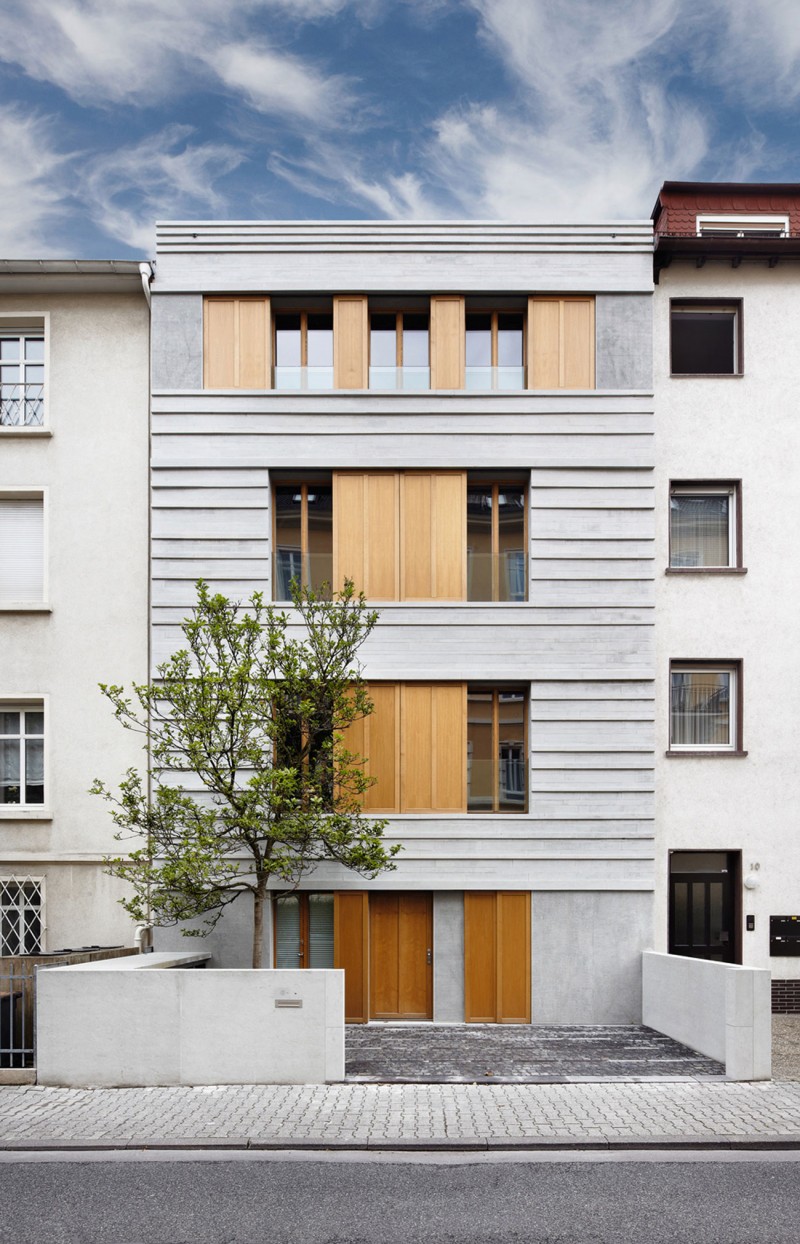 “The existing neoclassic house from mid 19th century was relegated to the urban anonymity due to aggressive renovations after World War II.

Despite the decadent state of the building, the clients acknowledged traces of previous qualities.

The drive to bring back to life these lingering and latent qualities by complementing them with a warm and contemporary design became the concept of the project.

Other areas of the stone facade were carved with a fine and delicate ornamental pattern turning its natural massive appearance into a nearly textile-like lightness.

In contrast with the symmetry of the main facade facing the street, the house opens up to the garden.

The different elements on the facade are not linked to a strict order but rather formed a collage.

The interior design applies a reduced and precise selection of materials combining the variety of the existing and the added elements to a harmonic and comfortable synthesis.”