Completed in 2011, this contemporary remodelling of a 1980s home features an open interior as well as an exterior covered in chocolate brown zinc. 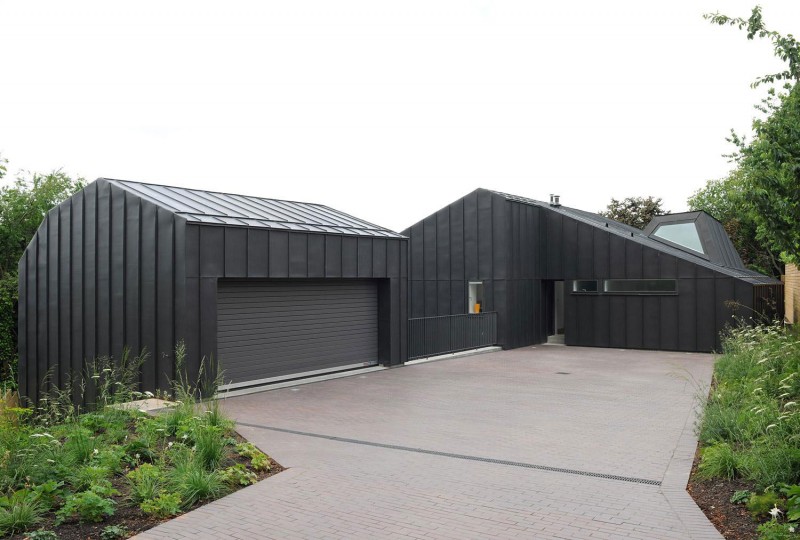 “A remodelled 1980s family house and new studio in Bath.

The original house house suffered from poor environmental performance and felt disconnected from its site, with circuitous access to the garden, and windows positioned so low that you couldnt see the spectacular view when standing. We gutted the house, stripping it back to its structure and cutting new openings both inside and on the external walls. The interior was reorganised with clearer connections between spaces, and new doors, windows and rooflights created address the surrounding views and the passage of the sun. This new arrangement of openings establishes a coherent relationship with the garden and valley beyond.

The remodelled house has been heavily insulated and wrapped entirely in chocolate brown zinc, and has the appearance of a crystal buried into the hillside. New terraces around the house allow thresholds between the house and garden, with a new studio and garage building alongside.

The bedrooms on the first floor all open into a withdrawing room, which provides a view across the green to the sea.”

The Logan House by Jones Studio