Completed in 2013, this 2,756 square foot contemporary home is located in Melbourne, Australia. 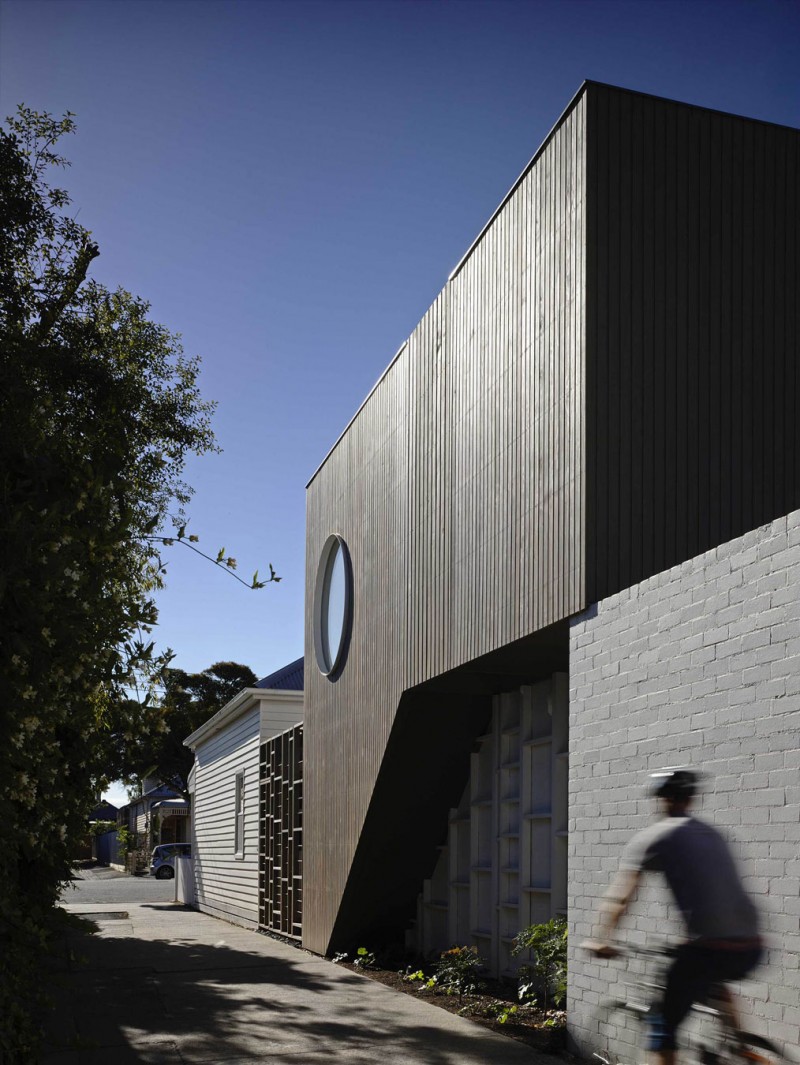 “The Park Lane house is an alterations and additions project which is also a project concerned with urban design. Formally, the architecture is reduced to platonic volume or emblematic and suggestive forms which serve the aesthetic and functional requirements of the interiors. Materials are chosen for texture, durability,to support the formal expression and to delight the owner’s and architect’s aesthetic sensibilities.

What is perhaps most interesting about this house is it’s function as a component of urban design in it’s neighbourhood. The highly exposed site, bound by street, lane and park on three sides uses a mutually supportive synthesis of architecture and urban design to do a lot of work. The austere and suggestive forms which face park and lane provide a substantial presence, appropriate in scale and quality for their role in the urban realm. Simultaneously, these forms provide privacy to the interior which can be modulated at key points on the ground level from opaque to transparent.

A spectacular eucalypt at the rear of the site is a gift to the project – architectural form and program nestles under its generous canopy.The building might outlast the tree, but it’s legacy will remain and hopefully suggest its successor.”

The Park House by Formwerkz Architects