Home » House » House on a Warehouse by Miguel Marcelino

House on a Warehouse by Miguel Marcelino

House on a Warehouse is a private residence designed by Miguel Marcelino.

It is located in Chícharo, Torres Novas, Portugal, and has an airy quality to it, enhanced by its simplistic interior design. 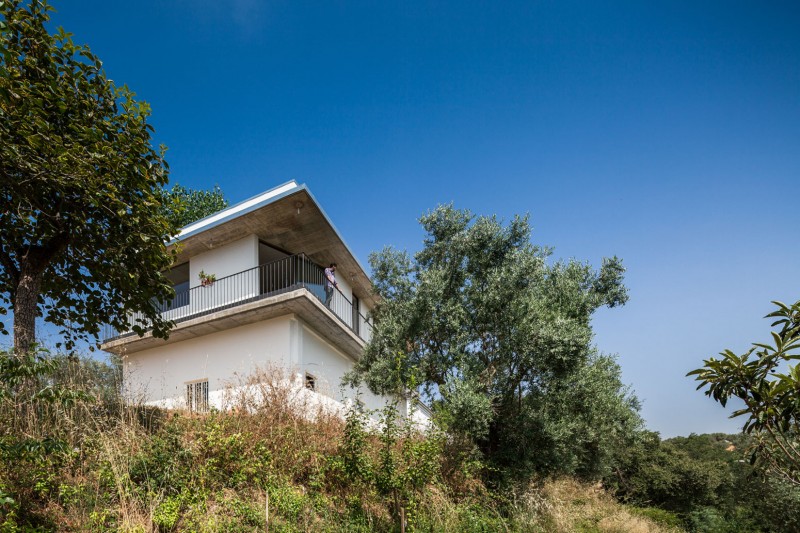 House on a Warehouse by Miguel Marcelino:

“The briefing was to build a three-bedroom house on top of a warehouse built in the 80’s, where part of the roof was made with a flat slab and a small balcony, precisely with that idea of later building the house.

Given the constraints of the existing warehouse, the house shape turns out to be automatically set: a box that rests on the existing structure. The rooms are placed to the east, the toilets to the west, as well as the kitchen, looking to a centennial olive tree.

The existing balcony will be maintained and “duplicated” as a shading element. The living room is placed south where its south/east corner is diagonally cut in a way that the balcony could enlarge and offer an outdoor area protected from the sun and rain, overlooking the valley.”

House in a Warehouse by Splinter Society Architecture