House Leichhardt is located in Leichhardt, a suburb of Sydney, Australia, and was designed by Rolf Ockert Design.

It was completed in 2012, and features a mixture of styles that make it a very unique home. 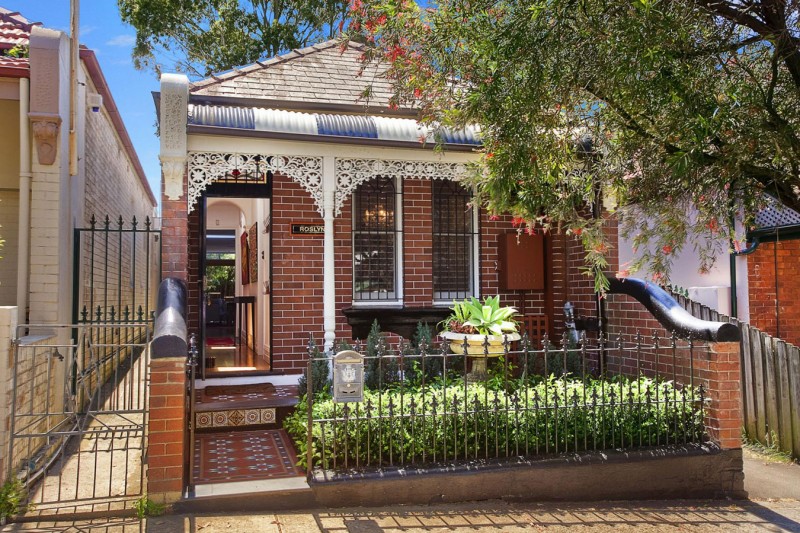 “The site is located in a heritage conservation area that is fiercely protected by Leichhardt council. Being in one of the few streets in the Inner West Sydney that are still largely original in their streetscape, any alteration or addition was bound to be somewhere between controversial and impossible.

Being only about 100 m2 (1,080 ft2) in size, the existing free-standing house was far too small for its intended use as a home for a young family with children. The only way to accommodate the intended brief was to build a two storey addition, something that did not exist in the area.

After long negotiations with the planning department who pretty much told us that the scheme was not approvable, the project was called to a full council meeting. It was due to the direct influence of the mayor that the design was approved as submitted in the end. The mayor acknowledged that old houses like ours were too small to be sufficient as family homes these days. Rather than extending the ground floor to the extent that any outdoor area becomes too small to be of use, the mayor promoted our approach to add a second storey instead.

Our approach was to maintain and preserve the existing house in its entirety while designing the addition to be visibly modern. This was in the end supported by council’s planning and heritage departments. Their only requests were to change the colour of the addition from white to gum tree grey (to match an existing tree on site) and to prevent overlooking into neighbouring sites.

The latter resulted in high level slot windows to the side laneway, thus allowing tree and sky views whilst still maintaining privacy. These slots then became a major design feature that was then continued in the pattern on the side facade.

The site was very narrow, meaning that the internal layout of the building had to be organised very simply. The linear stairs are not placed in line with the existing corridor of the old house but on the other side of the extension. As a result the relatively small space reads to be quite generous.

To facilitate ease of construction whilst maintaining integrity of the original building, the existing house was kept completely intact and largely untouched. A glass side strip and rooflights were inserted between the old and the new, not only clearly defining the two but also bringing light into the core of the house.”