Quarterdeck House is a private residence located in Sydney, Australia.

Created by Luigi Rosselli Architects, it is airy and bright, and makes use of a pale neutral color palette to create a sense of serenity. 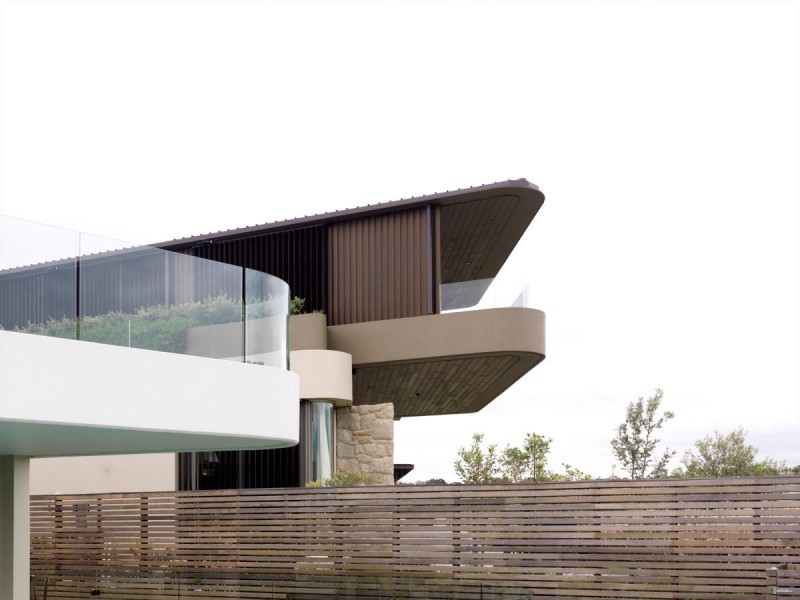 “Located high on the shores of Little Bay, the Quarterdeck House is part of an award winning subdivision of land in Sydney’s Eastern Suburbs. The grounds on which the house is built belonged to a coastal hospital that was later the location of the historical installation artwork Wrapped Coast – One Million Square Feet by Cristo and Jeanne-Claude. The installation involved the wrapping of the nearby rock escarpment in 1968.

As one of four houses designed in the subdivision by Luigi Rosselli Architects, each one is quite different from the next to reflect the clients brief and needs, as well as the different sites. The trapezoidal site on which this house sits allowed for a wide ground floor living space facing the ocean view, and upstairs a narrow and long cantilevered structure projecting the master bedroom and its balcony out towards the sea. The two volumes have been connected vertically at the pivot by a stairwell. The stairwell is expressed in the street frontage as a sandstone bastion complete with embrasures.

The living room windows slide away to provide an unobstructed opening onto a timber deck that is surrounded by a shallow water filled moat, part of which is a spa. The master bedroom can also open fully on the pulpit like balcony, hovering above the golfers and beach goers, and in close symbiosis with the ocean.”