Hall House is a private home remodeled by Salmela Architect in 2012.

It is located in the seaport city of Duluth, Minnesota, USA, and was originally constructed in the 1880’s. 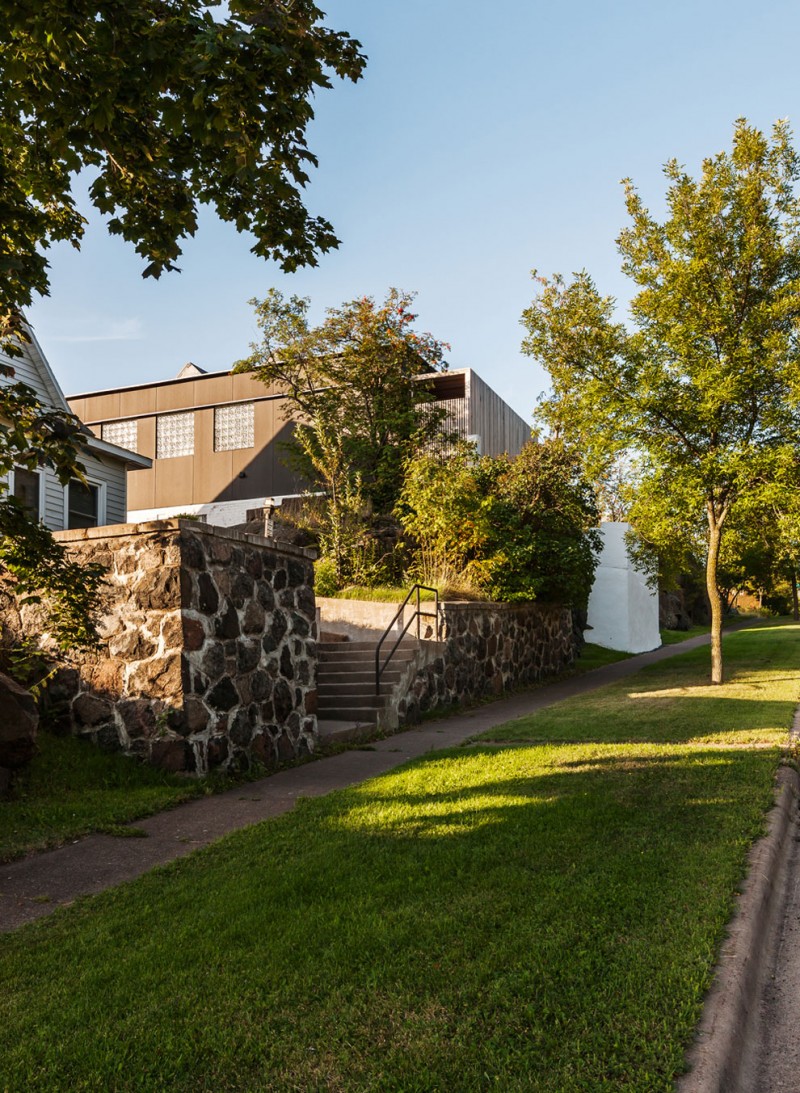 “There is the notion in architecture of building upon the foundations of our predecessors both in theory and practice. As is the case with Hall House which seeks to reinterpret/re-imagine what it means to be modern migrants homesteading in a new city.

Relocating from the political culture of Washington, DC to the remote city of Duluth, MN, the owners purchased a house constructed in the 1880’s that was significantly inefficient with regard to the building envelope, layout, natural orientation to light and views. With the relative difficulty of constructing on ledge rock, effort was given to utilize several existing elements such as foundations, retaining walls and site stairs (all stained white) and to construct simple masonry piers for the addition.

By insulating, the basement was transformed to make it an effective occupied space. The new main floor opens onto multiple outdoor spaces that provide a variety of opportunities for the owners to enjoy the light and the beautiful views of Lake Superior. In aggregate the house appears a contradiction; both rooted in stone and floating beyond its past footprint towards the lake.

The goal of this new dwelling was to have it serve all the modernist values of openness, light, economy, sustainability, connection to the land, yet enhance the natural qualities of the site. Whereas the former immigrants came and adapted to their new culture carrying with them their own instincts, the Hall House represents the client’s modern thought layered over and respecting the ruins of the past.”

A House with Open Doors to Enjoy Nature

Wonderful Remodeling of a House Dating from The 40’s