House of Warp and Woof by Architect Show Co.

House of Warp and Woof is a private residence located in Sasebo, Nagasaki, Japan and designed by Architect Show Co.

It was completed in 2012 and makes use of high ceilings and tall windows to add light and space. 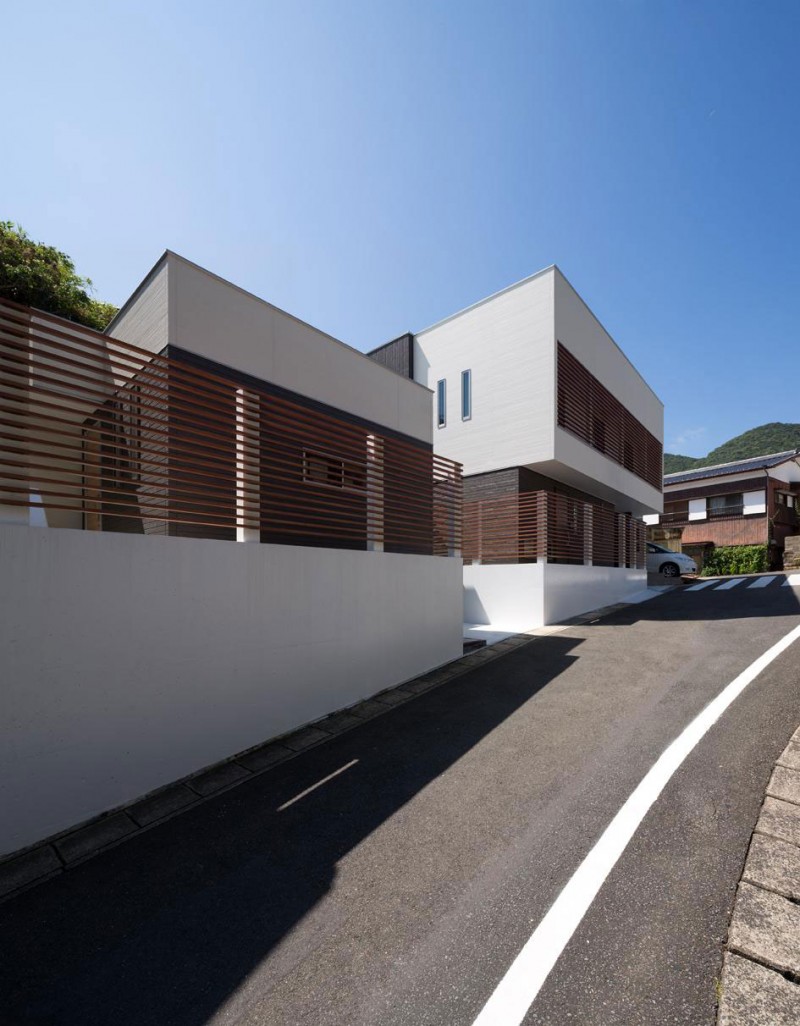 House of Warp and Woof by Architect Show Co.:

“This site is located along the sudden slope which entered the west at Route 204 in Sasebo-City a little.

While grandmother of chief mourner was long on this land, there were a house and a rented apartment lived in.

I dismantle these and I divide 240.49 square meters (2,590 square feet) of sites of the whole site and plan two houses of grandmother and the grandchild.

The concept that I made much of by this plan most is to keep a connection in a design of the appearance, and to show two houses to one building.

Each other patronizes it not what two houses are seen three-dimensionally when they go up the slope by locating two in this way, and each other’s houses deny and is seen to one building.

Furthermore, this is because it thought that it can let the southeast light and wind flow into the house of the grandchild.

Seeing from the east side, I located the window of the slit long behind the one-story house and emphasized height.

Judging from the frontal road side, I did the house of the one-story house and a 2-story house with the design which emphasized a horizontal connection by horizontal louver of the retaining wall and the slit thrown open of the 2-story balcony and thought to be seen to one building with the three-dimensional impression.

While the family of grandmother and the grandchild different in the generation who poured light and wind protected privacy, it was with space of the community and I thought that I wanted it to be in the house where there was fun life and designed two gaps.”

Race Round the House by Architect Show Co.

House in Yakumo by Yaita and Associates